Earlier this week, as I pulled Emma Vance out of her clothes and plopped her in her whale tub, I noticed her little baby belly was, well, little. It seemed as if overnight she lost a lot of baby fat; her arms seemed trimmer, her chubby torso a little flatter, her chunky legs–well, her legs were still the same (my genetics; sorry girl!). Naturally this seemingly sudden weight loss concerned me. Trying not to be an overzealous first time mother, I decided to not worry about it until I officially knew her weight. (Since she just hit eight months this week, we were already planning on stopping by the doctor’s office on Friday anyway.)

Last month E.V. weighed 18 lbs. 4 oz., and each month she’s been gaining around two pounds relatively consistently–until this month. She currently weighs 18 lbs. 14 oz. (and is 26″ tall), gaining less than a pound over the last four weeks. I was freaked out; I mean, I cannot cram anymore food into this little baby! Even though we just stopped by to use the pediatrician’s scale, I grabbed a nurse and expressed my concern. His first question? “Did she start crawling this month?” Aha!

{Don’t we all wish that losing weight was so simple as an adult!}

Now I know to expect slower and slower weight gain as her activity level increases, which is apparently very “normal.” I swear that pediatricians must get so sick of saying, “Yes, it’s normal. Your child is fine. Don’t worry,” all the time. If they don’t have to say it to other parents, I at least know that they get their daily quota in when I visit! :)

On a side note, now that E.V. is sitting up and crawling and very, very explorative, it’s getting more difficult to get her to sit still on the scale (or anywhere else for that matter!). In fact, she decided she desperately needed to know what was over the edge of the scale a few times during this visit, resulting in my diving to catch her repeatedly. Oh, the joys! 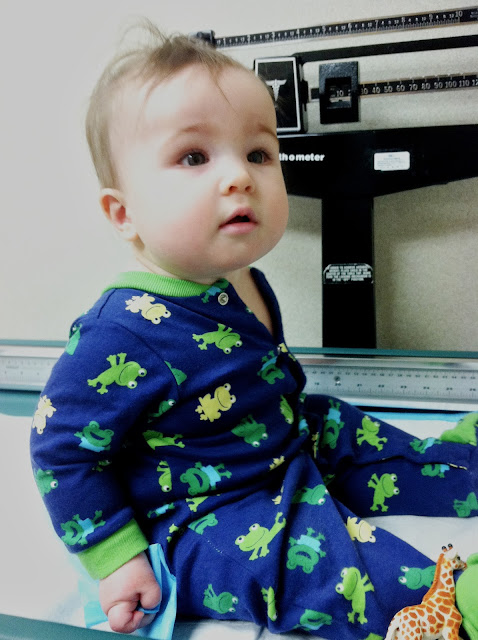 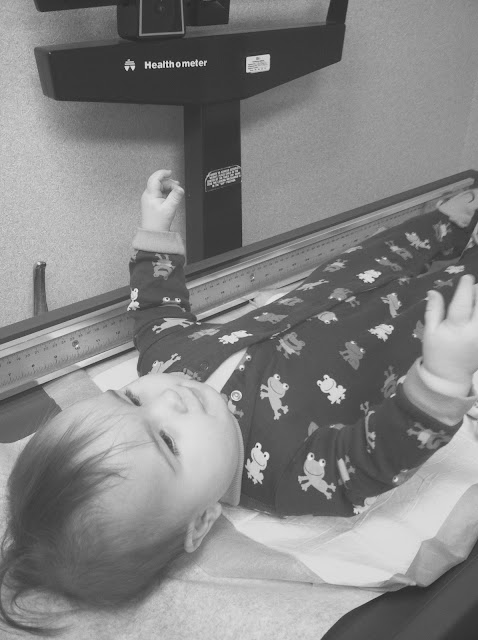