Today was E.V.’s second take on set with Retro 8 Films, and she was a darling, just as expected!

This morning’s shoot was a bit farther away than yesterday’s was, so I timed Emma Vance’s naps so that she’d sleep during the car rides to and from the location. This arrangement made for an extra energetic baby who was full of coos and babbles during filming, so we were thankful that the director was empathetic. :) In order to wear her out, we ran around a bit, visiting the make-up room, the green room, the bathroom…pretty much any “room” we could get into! Once it was time to actually shoot, though, we settled down in a spot off to the side and watched the magic. Emma Vance was enthralled, as was I. This stuff never ceases to amaze me!

In between scenes we were casually lounging outside the green room when I overheard a conversation between two of the actors’ parents. One inquired about the director to the other, who responded, “I don’t know of him, but he’s a young guy and I hear he does a lot of big things.” Ha!

I smirked, of course, because they had no idea who I was. And, to be honest, I liked it that way. It’s always nice to hear people’s honest opinions once in a while, right? :) 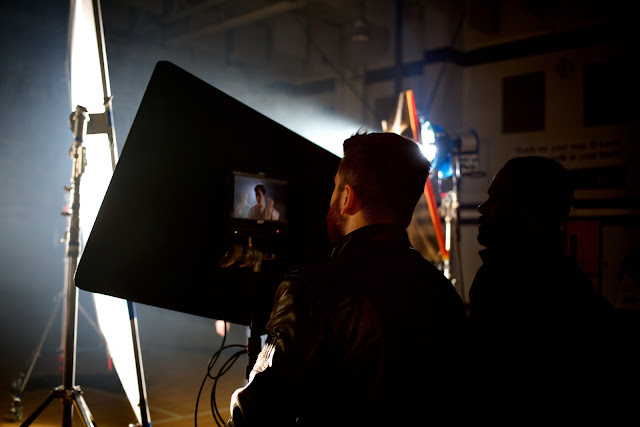 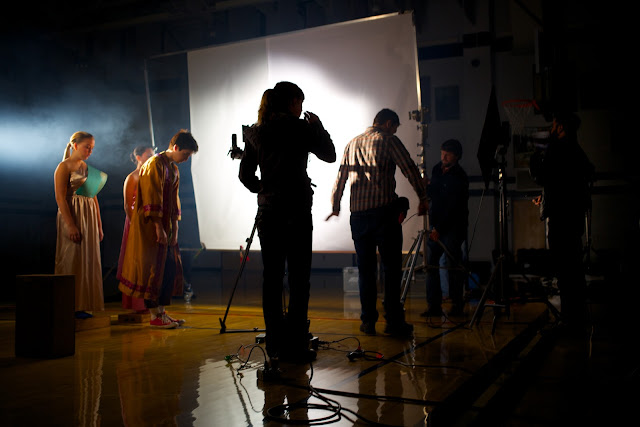