So in addition to all of the stress of selling a house, packing and moving, finding a rental, traveling, etc., I’ve also been concerned about Emma Vance’s weight gain–to add fuel to my worrisome fire! At her four month doctor’s appointment, she had gained a pound or so, but it wasn’t as much as I had hoped, and so I’ve been concerned she still wasn’t gaining well.

Since our next official appointment isn’t until mid-December, I’ve spent my time agonizing over how much she’s been eating. She used to eat for 30 minutes at a time, but she’s been SUPER distracted lately, and I can only get her to focused for about 10 minutes nowadays. We’ve even tried giving her bottles more often, but it takes forever for her to finish a full one because she’s more interested in trying to hold the bottle than in actually drinking the bottle. We’ve even tried a little formula, thinking that maybe the change would peak her interest. (Nope.) So today I finally decided to officially weigh her on the pediatrician’s scale and (drum roll) she’s doing fine.

E.V., at a week before her five month birthday, weighs 15 lbs. 10 oz. I talked to the nurse, and he said she’s gaining just fine, that I shouldn’t worry so much. (Ha!) I also asked about her, um, bowel movements because all of a sudden two weeks ago she went from five or six poopy diapers a day to only one really gross diaper every two or three days. I’ve thought she was constipated this whole time, so I’ve been giving her water, watching her intake, rubbing her belly–but it turns out that babies who nurse magically go from a lot of poop to only occasional poop around the four month mark. Huh. Would’ve been nice to know two weeks ago! :) At least it’s normal, which is all I could hope for.

So, almost five months in, and although my worrying hasn’t subsided, Emma Vance is growing just fine. Maybe one day I’ll be able to get my mind off her proper development…when she’s 18 maybe?

Speaking of her eating habits, here’s a few cutie pictures from our anniversary dinner. She’s ob-sessed with trying to feed herself… 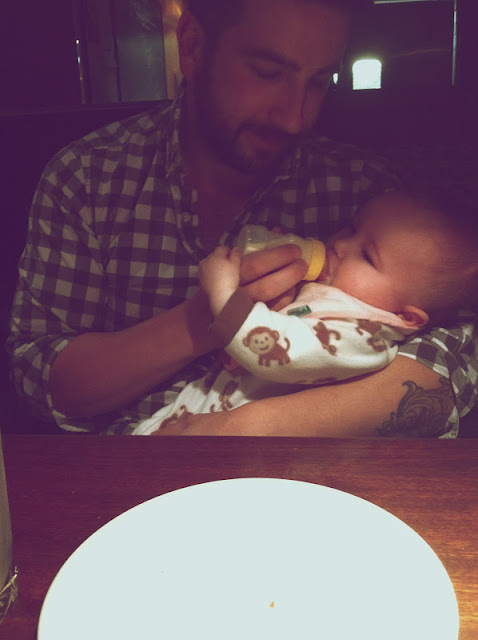 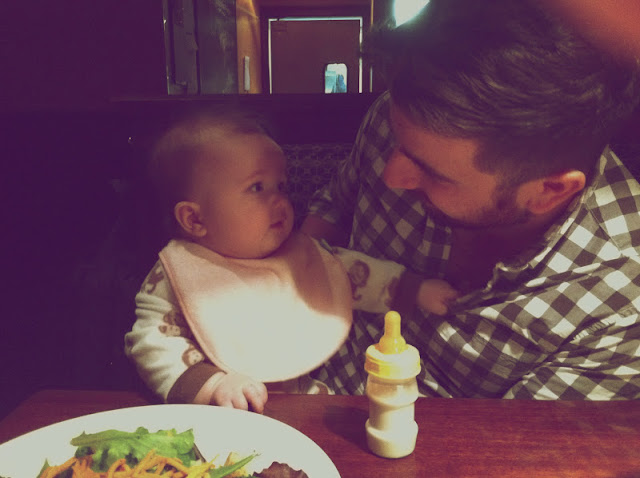 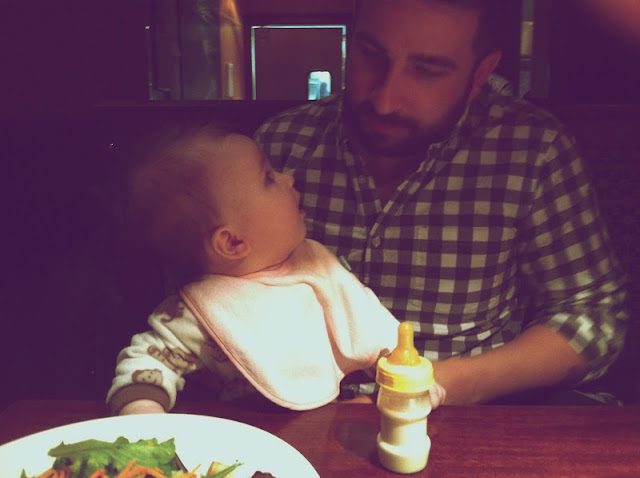 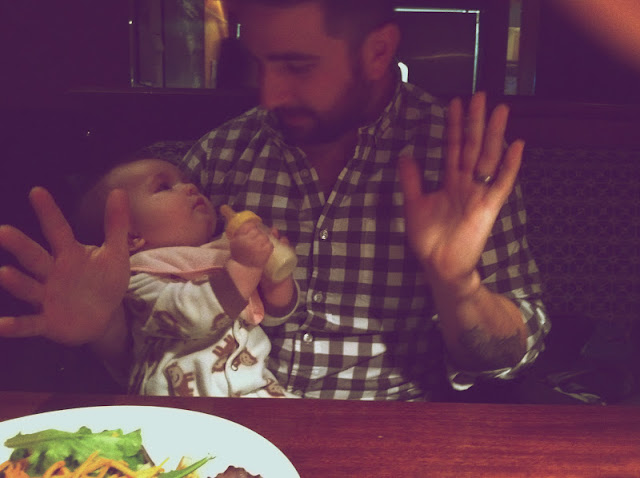