After three years of working at the mall during Christmastime, I’ve taken away many lessons about shopping and the holiday season. Perhaps the most relevant lesson for 2012 is this: Don’t try to see Santa after Thanksgiving.

At North Point Mall, every year Santa makes a grand entrance at the beginning of November with a giant, noisy parade. And every year I worked there, I wanted to wear ear plugs because it would be so loud and distracting as I was inevitably hanging garland or stockings or ornaments at Pottery Barn Kids. (I really think I was scheduled to work during every Santa Parade Day possible…hmmm. Coincidence? Maybe not…:) ) Looking back, the memory of clanging cymbals and bellowing drums would drive me crazy, but they did their job: I will always remember how early Santa makes his appearance at the mall. I will ALSO always remember the crazy lines that inevitably form post-Black Friday to see the chubby ol’ guy. Now that we have a kid, I was determined to put my previous observations to use and see Santa sans-waiting, and on Monday we took the plunge early and visited Santa to ensure that E.V.’s Christmas list was well-received. :)

After a debate about what to wear (dress or pajamas?), a few hugs from her soft Elf (Sophie), and a no-wait line for pictures, Emma Vance was neither a screaming child nor a fascinated baby with Santa. She was simply there, babbling, looking at her dad (taking pictures “outside of Santa’s area” as directed), enjoying her time with the Big Man. After a few minutes she did look up at him like, “Oh. Hello there. Have you been here the entire time?” I’d say it went pretty well for a first visit. :)

I wonder what she asked him for this year? Sesame Street diapers? An exersaucer? Anything that she can scratch? We’ll just have to wait and see if she’s on the naughty or nice list… 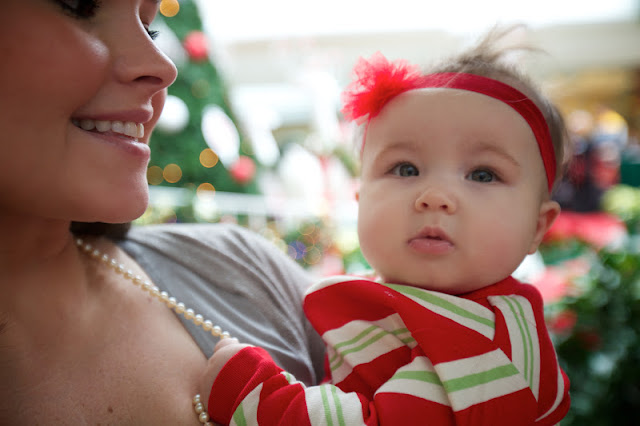 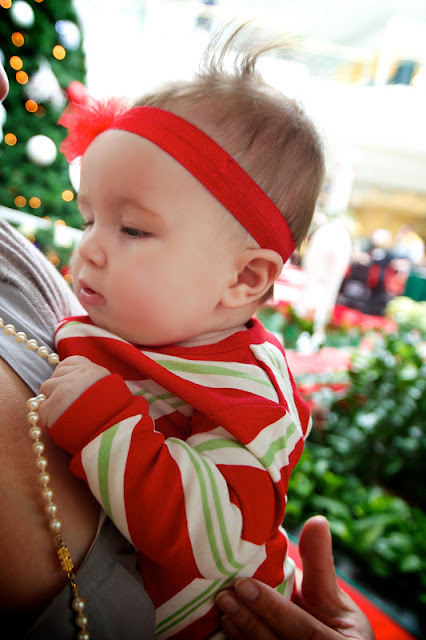 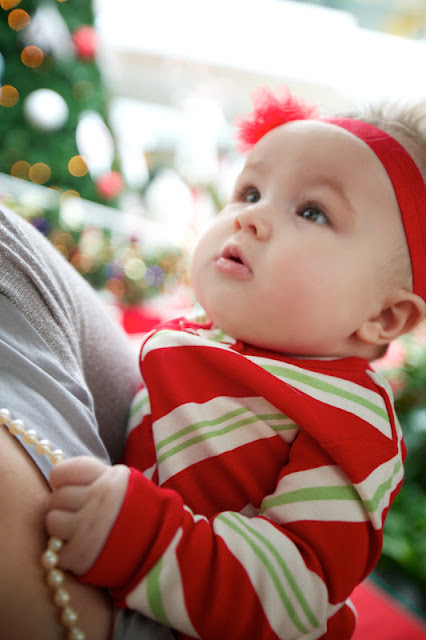 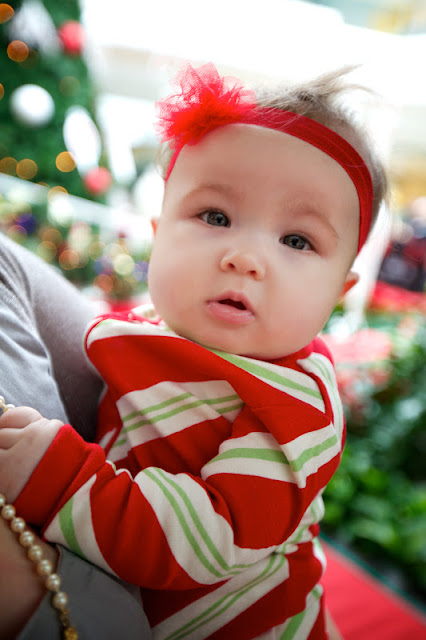 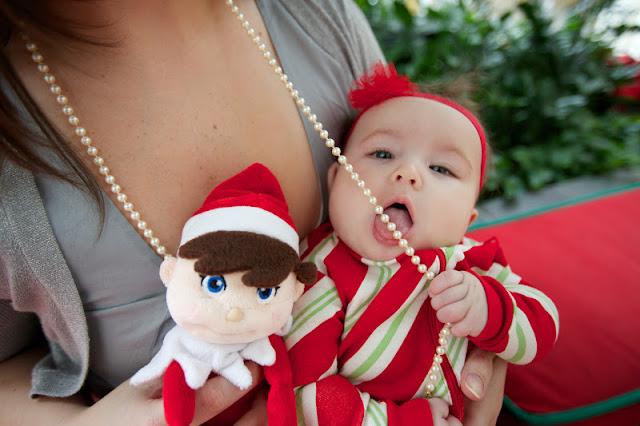 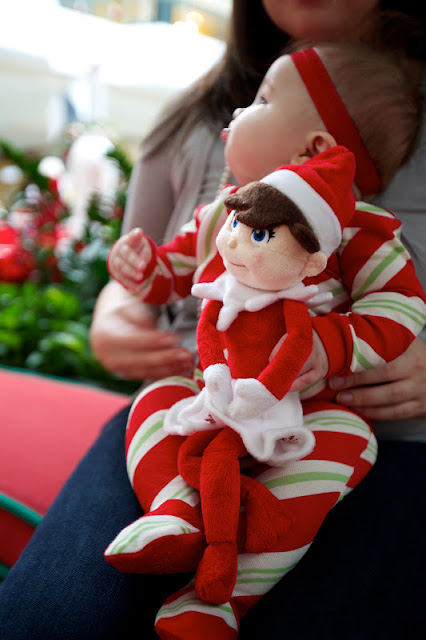 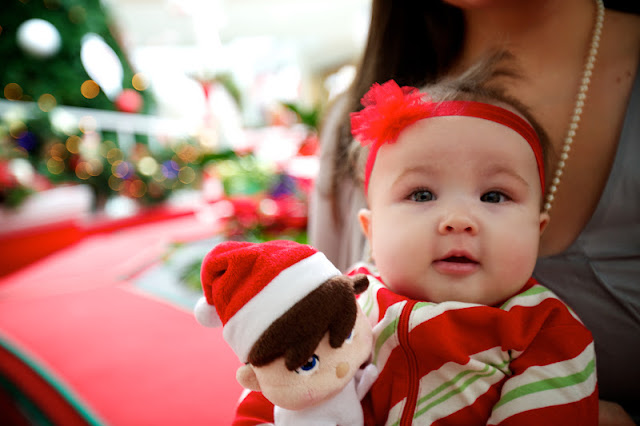 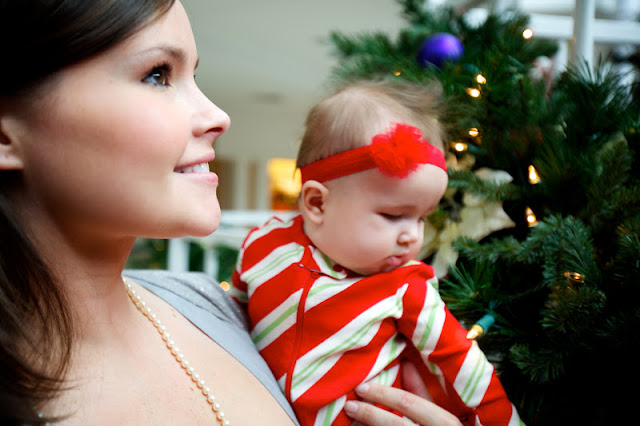 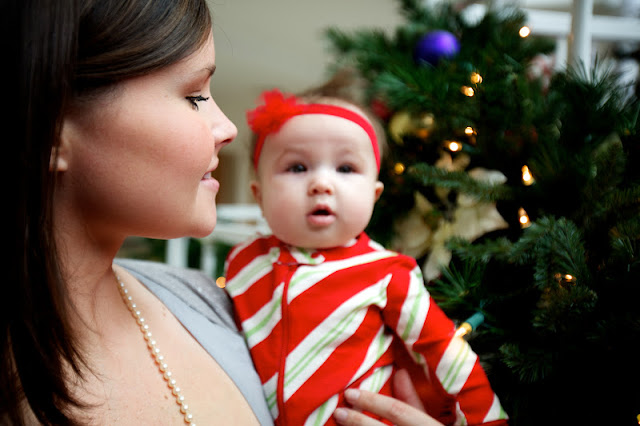 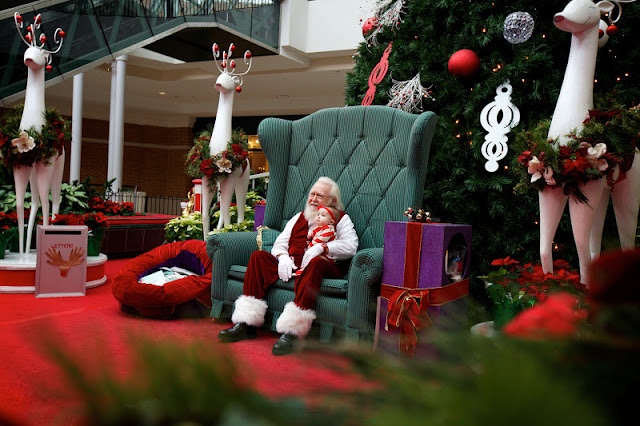 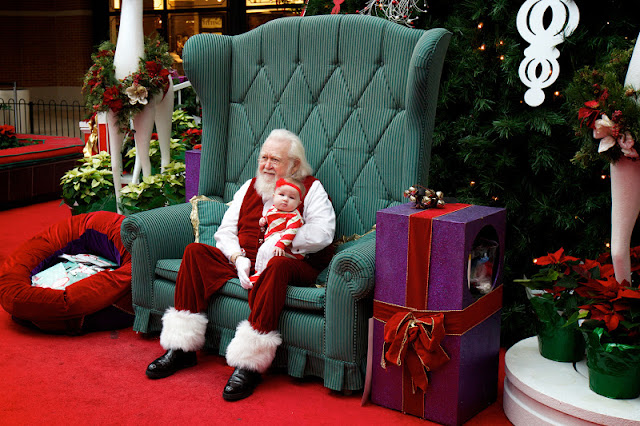 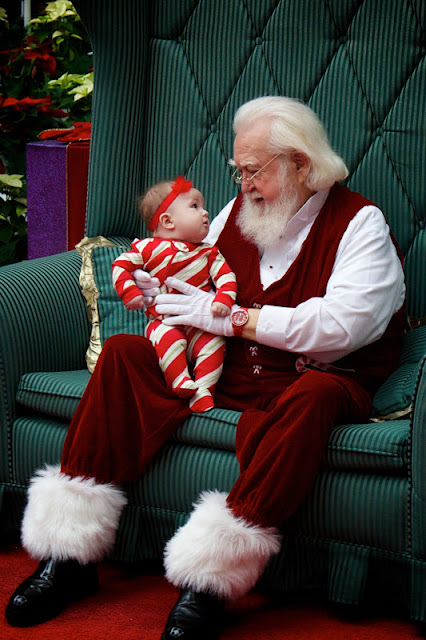 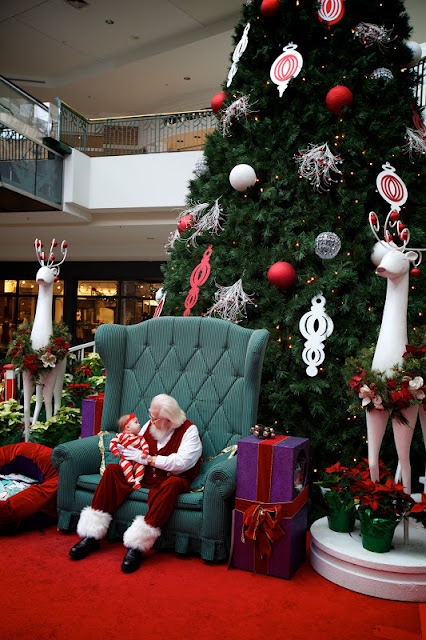