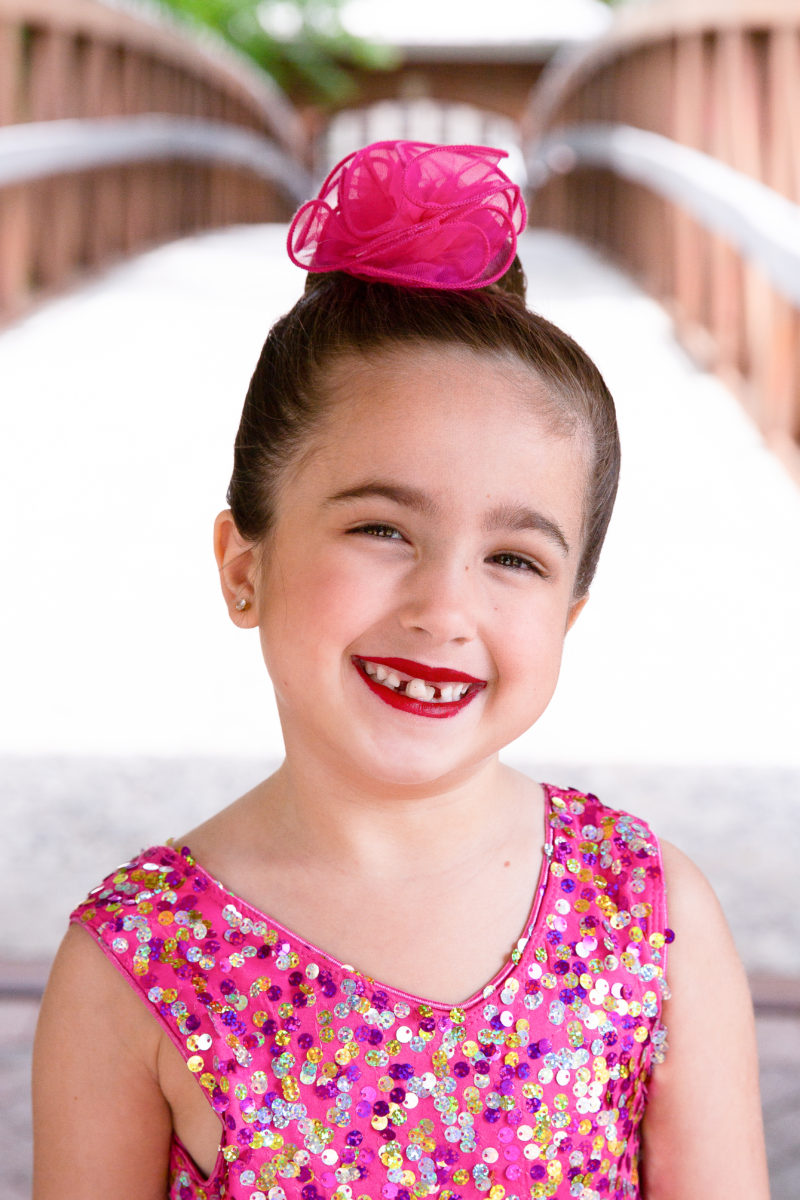 Losing teeth is a big deal around our house right now. Last year, the night we came home from Mother-Daughter Weekend at Merri-Mac (where we were this weekend — more to come on that!!), E.V. lost her first tooth. It was, of course, a dream come true for our then-five-year-old. Over the past year, she’s lost two more teeth, and then about a month go, something strange happened.

Seemingly overnight, E.V.’s teeth started spreading apart. Those cute, tiny, perfectly-straight baby teeth began shifting and two big ol’ gaps formed on either side of her two front teeth. Honestly, it was shocking to see how fast it happened and surprising that those two front teeth refused to actually fall out. Instead, they just became wonkier and wonkier. Ryan and I tried to convince Emma Vance that she should just pull them out (mostly because they were sort of crazy-looking, like horse teeth), but she refused because they weren’t loose enough. (And she was right, but they were uncomfortable to look at!)

While all this drama was happening to the top teeth, a tooth on the bottom quietly loosened. And then, last week, when I went into volunteer in E.V.’s classroom, I was met with a chorus of cheers from the entire class — “E.V. LOST A TOOTH!” My grinning girl proudly held up a ziplock bag with a tiny tooth in it. That bottom tooth had fallen out during school hours, and  E.V. was pumped — but secretly I felt like, Really? REALLY? C’mon top teeth! It’s your turn.

And I got what I wished for…kind of.

That very afternoon, I was cleaning the kitchen when I heard a scream and furious footsteps coming from the playroom. Emma Vance rushed toward me, hand over her mouth, blood dripping from her hand. Cricket had accidentally kicked her in the mouth when they were playing. I plopped her up on the countertop, calmed her down, and went to take a look myself. There was a lot of blood, but her two front teeth seemed in tact. When I went to wiggle the left one, though, it just fell limply into my hand. After a second of shock, E.V. grinned, “TWO teeth in ONE day!” Maybe three? The righthand tooth was barely hanging on by a thread, but despite the fact that she could twist it completely backward, E.V. refused to force it out. We spent the next few days begging her to just pull the dang thing out, but she was insistent and it was persistent.

That witchy, scraggly tooth did eventually fall out (when she got hit in the face with a tetherball at camp, ouch!). However, before that happened, Emma Vance had the dress rehearsal for her first-ever dance recital. (It’s something she’s been preparing for since January, so it was an important day for our family. We even drove home early from Mother-Daughter Weekend to make it.) We had been warned that no photography would be allowed at the actual recital, but since the rehearsal was a free-for-all, I took full advantage. Unfortunately, that mangled, awkward snuggle tooth was still hanging on for dear life at that point…so now we’ll always remember it well (although not too fondly).

Looking at these rehearsal/recital photos, all I can think about is the off and on attitude about ballet/tap that E.V.  has had this year. She was obsessed until about January, and then her interest just, well,  faded. After Christmas break, she started begging to not go. I was fed up (mostly because I’m the one dragging her to and from the commitment…and paying for it…and prepping the outfits…and physically dressing her…ugh) and told her we just needed to get through the end of the year and she would never have to dance again, which relieved her. And then, as the recital drew nearer, she was reinvigorated: She loved her sparkly costume and getting all gussied up and being on stage. I thought maybe her previous bad attitude was just a fluke — and then, at the rehearsal (the one with the snaggle-toothed pictures), the tide changed yet again.

Once all the dance numbers had been rehearsed, we gathered our mound of dance things to head home. E.V. was scowling and quiet. I inquired what was wrong, and I got an earful of an answer:

Our costumes are the WORST. I don’t like pink. They look like they’re for babies. Everyone else’s are so BEAUTIFUL. I wish I could wear theirs. And our music isn’t cool like the other songs. I wish we were dancing to “Heartbeat Song“ instead. And then we could do a cool dance, not just tap.

I did the thing that mothers have to do — encourage and point out the bright side and try to change her point of view. But, in the end, I just let her have a good sulk. I can only do so much, and it’s one recital we had to get through. The big question now is — do we dance or not next year? During all of this back-and-forth, yes-and-no, hot-and-cold affair with dancing, I’ve consistently told her that we would just make a decision after the recital was over…

And so we watched Emma Vance up on stage tonight (thankfully finally toothless!).  And she was amazing. Watching your kid on stage is so. much. fun. They’re cute and innocent and trying SO hard. It’s hard not to have your heart warmed by it. And it’s hard to forget the three months of dragging her to class that preceded that moment. (It’s like forgetting the pain of childbirth once that baby is in your arms!) I asked her one last time as we walked away from the event if she wanted to dance, and she immediately said, “No, but let’s look at drama.” So I guess there’s that?? Sigh. Kids are never dull, that’s for sure! ;) 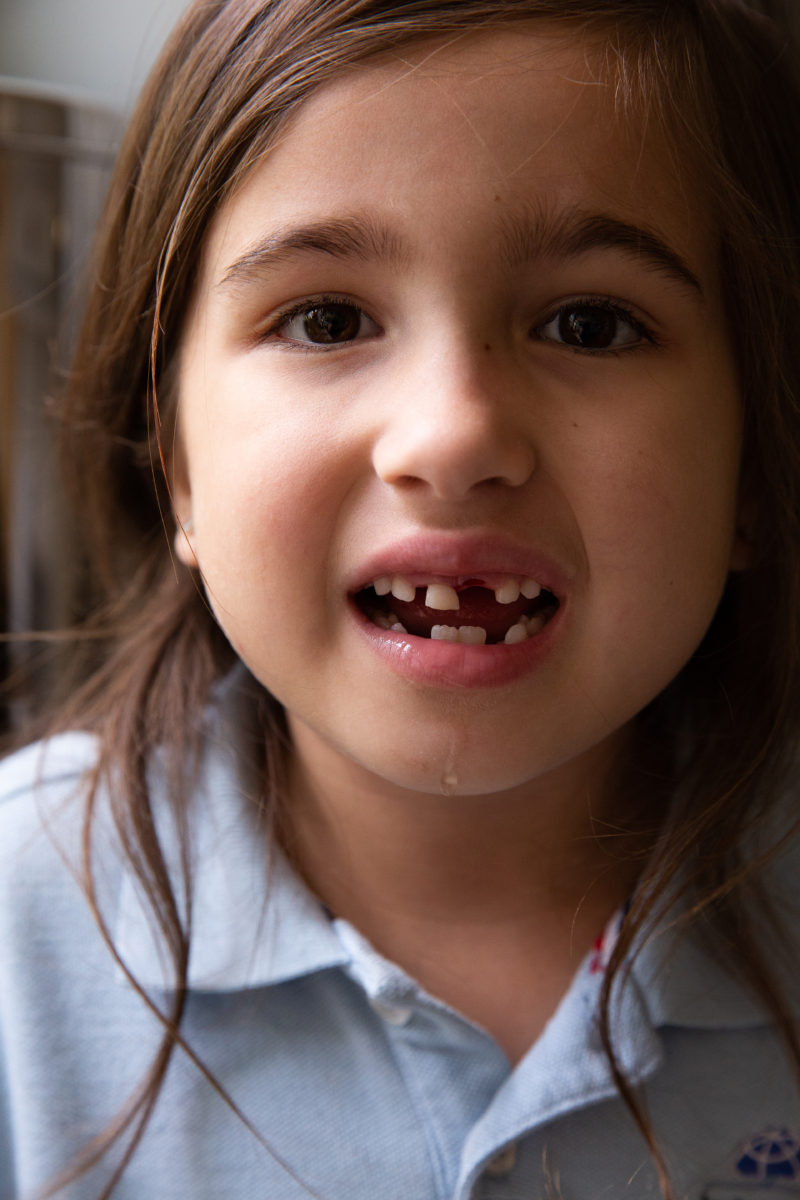 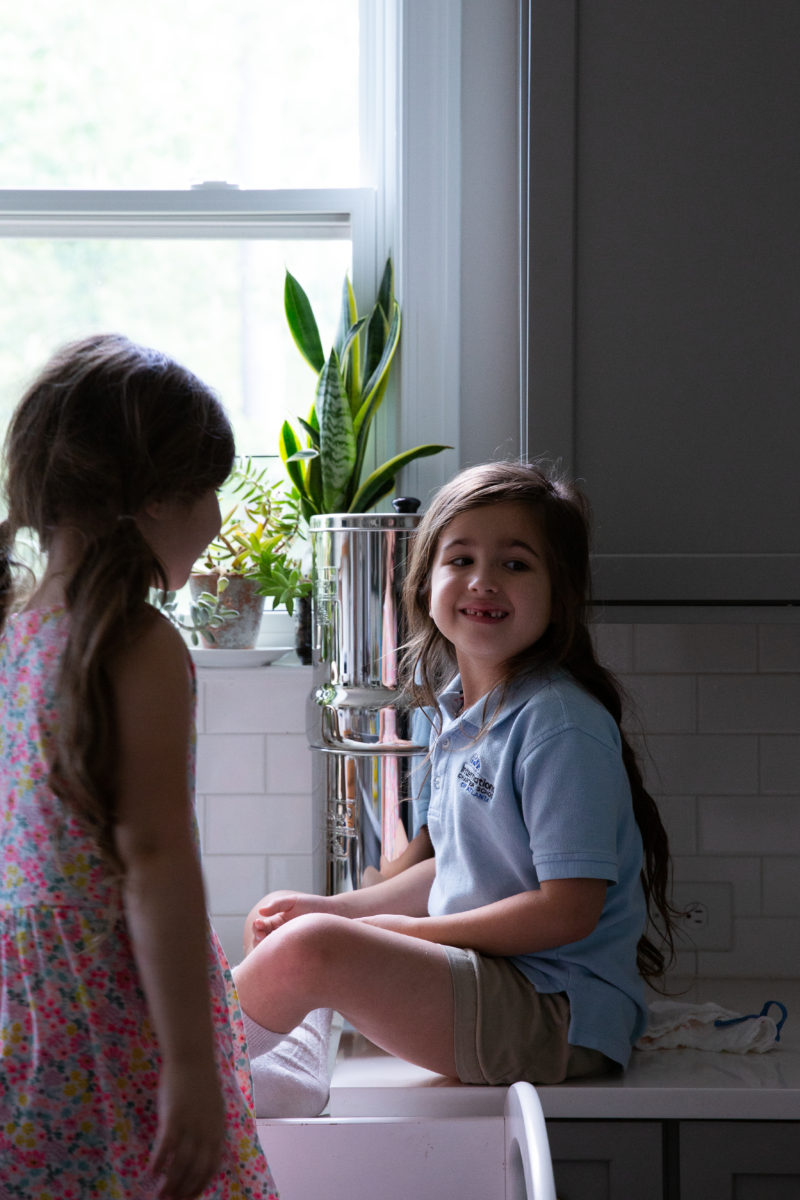 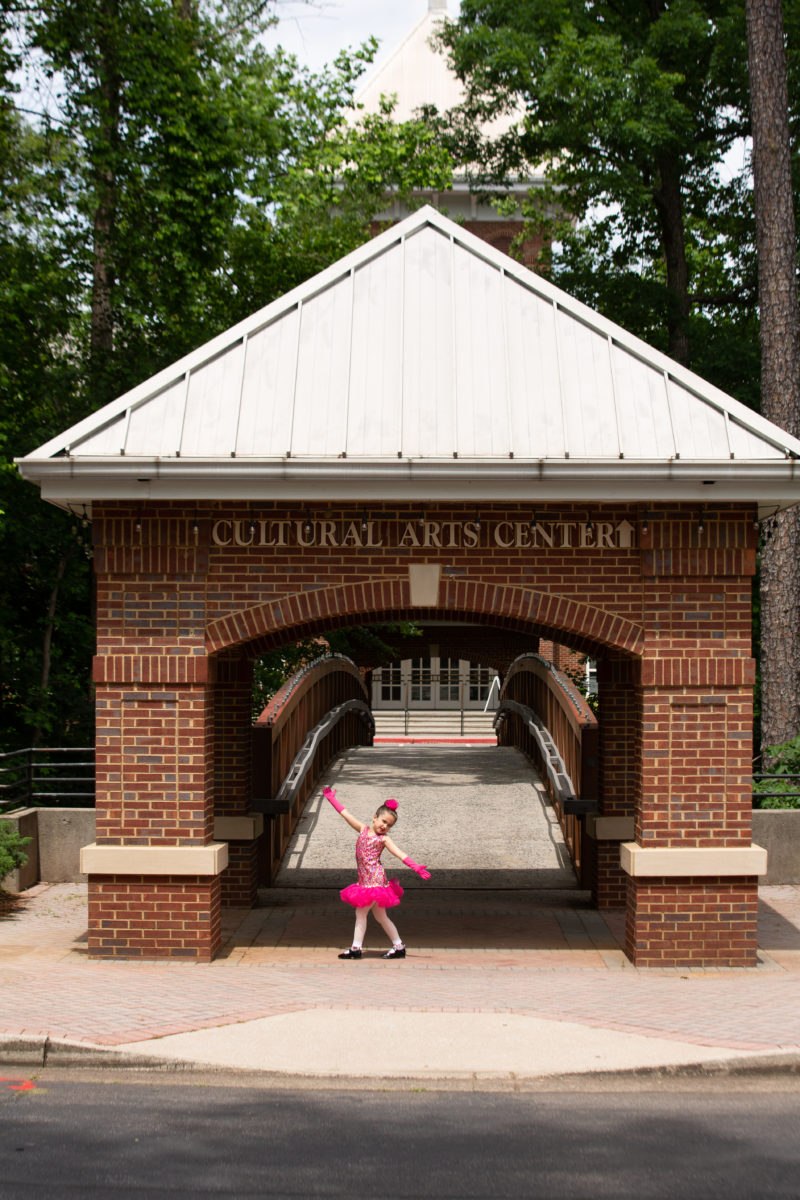 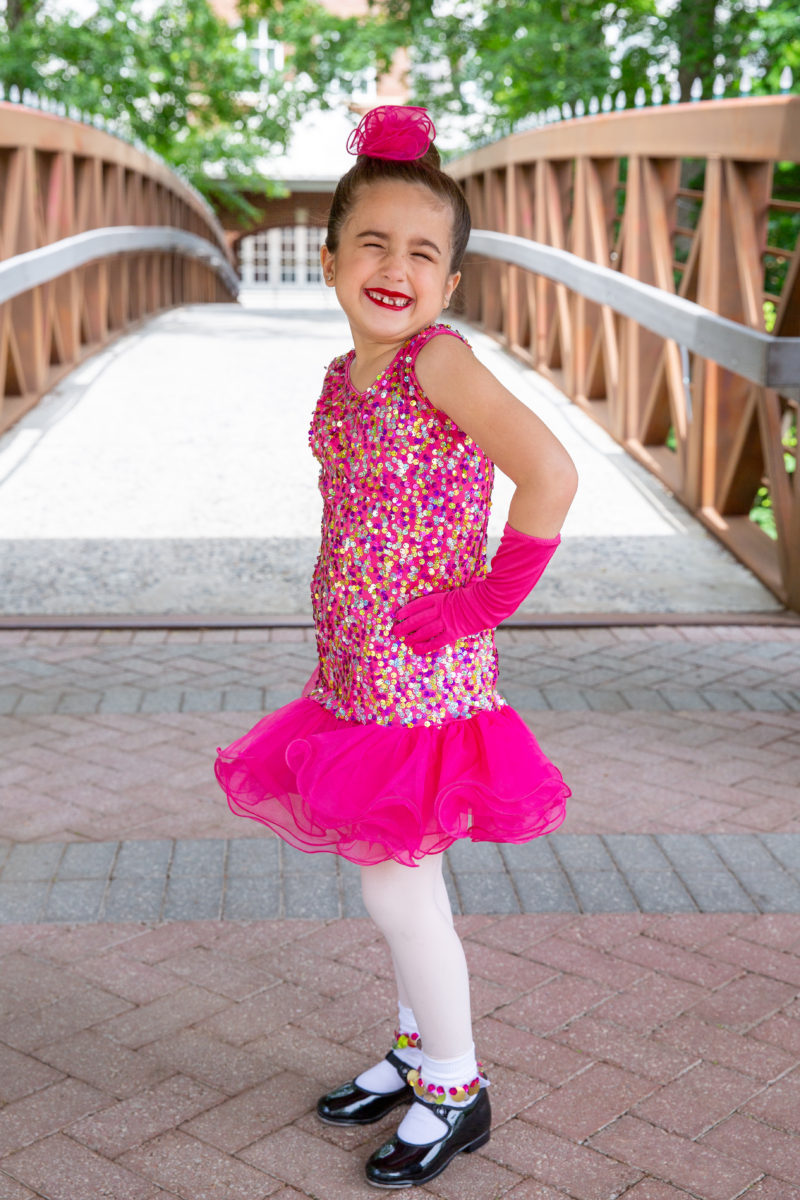 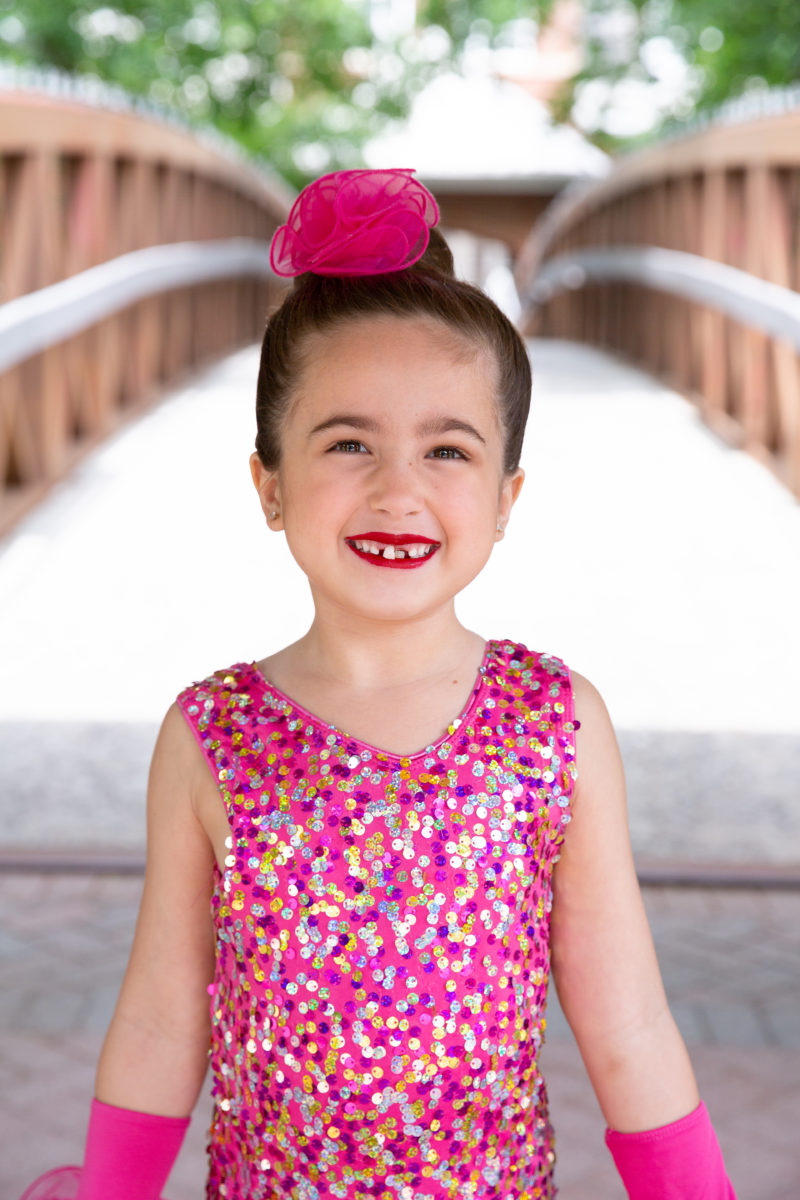 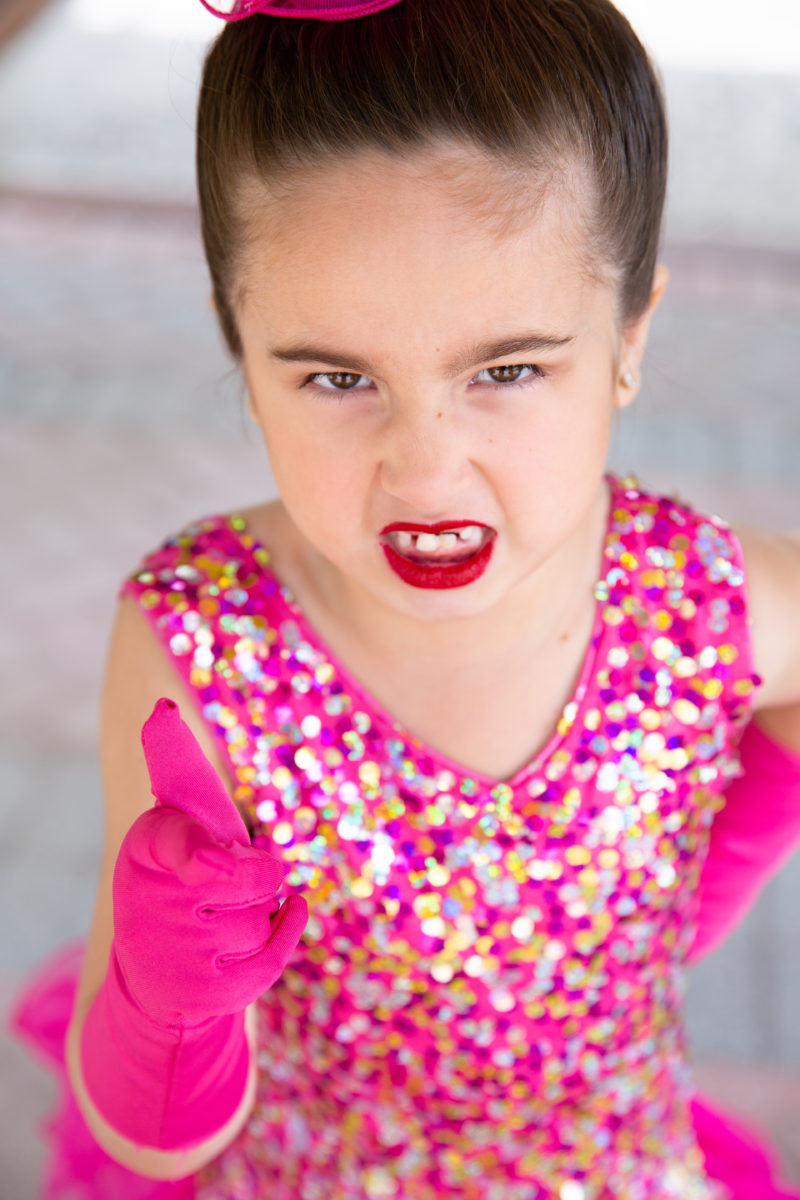 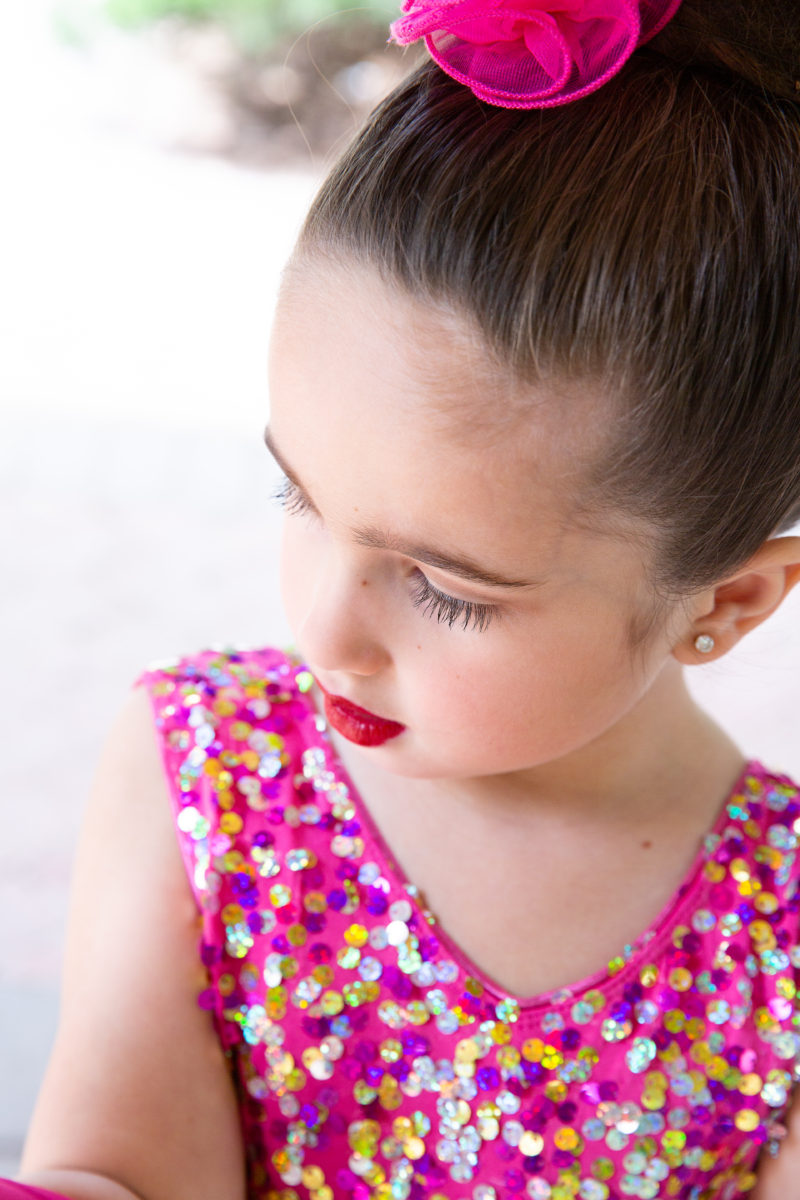 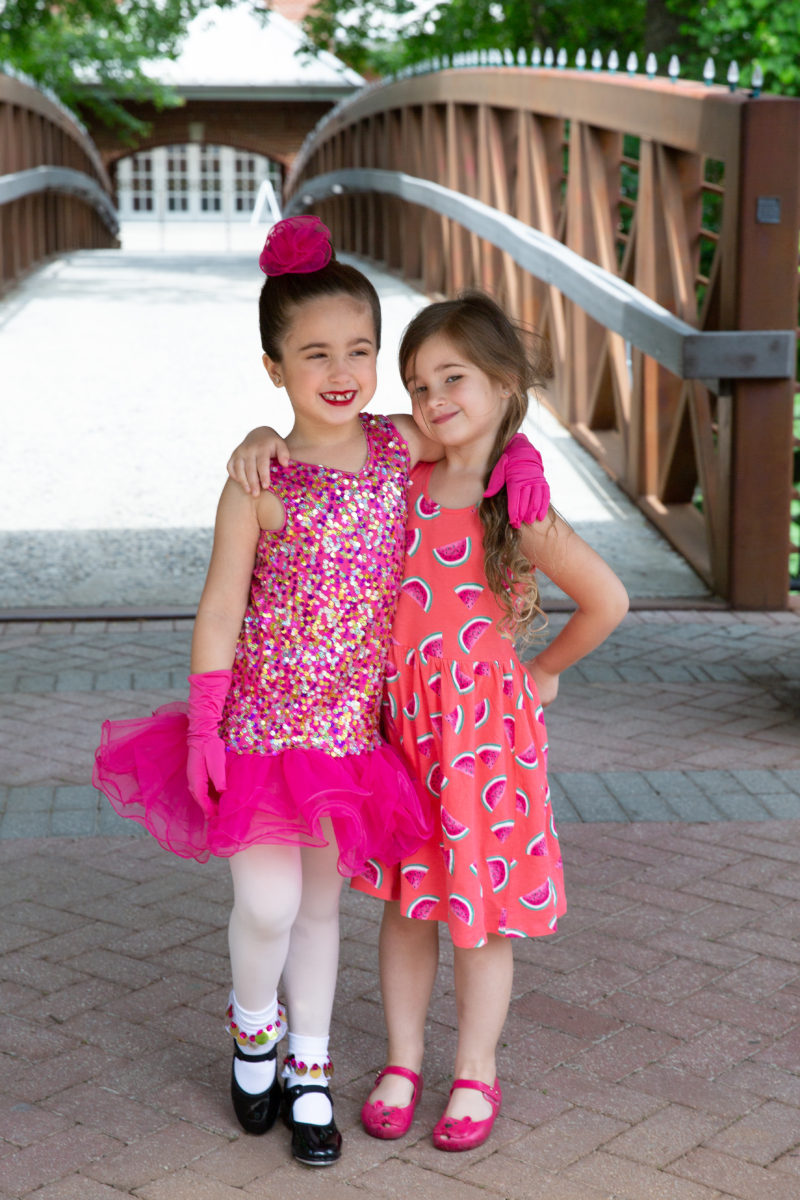 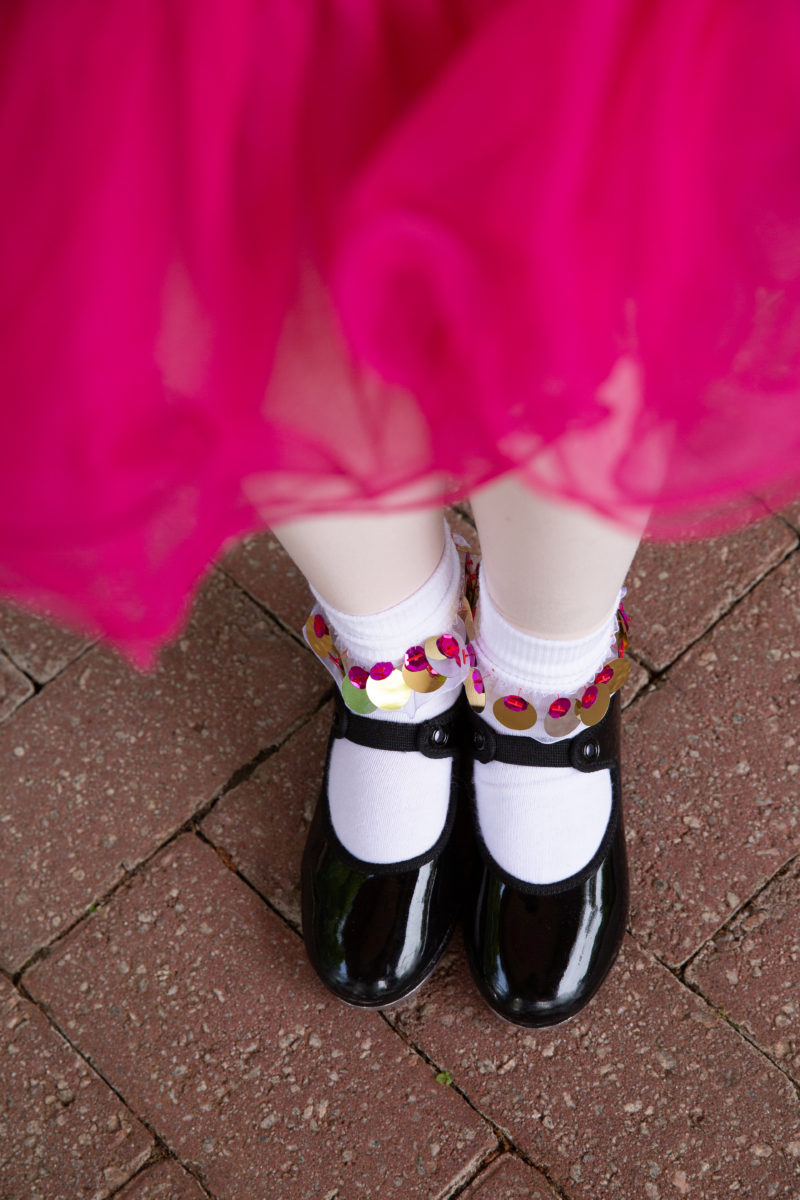 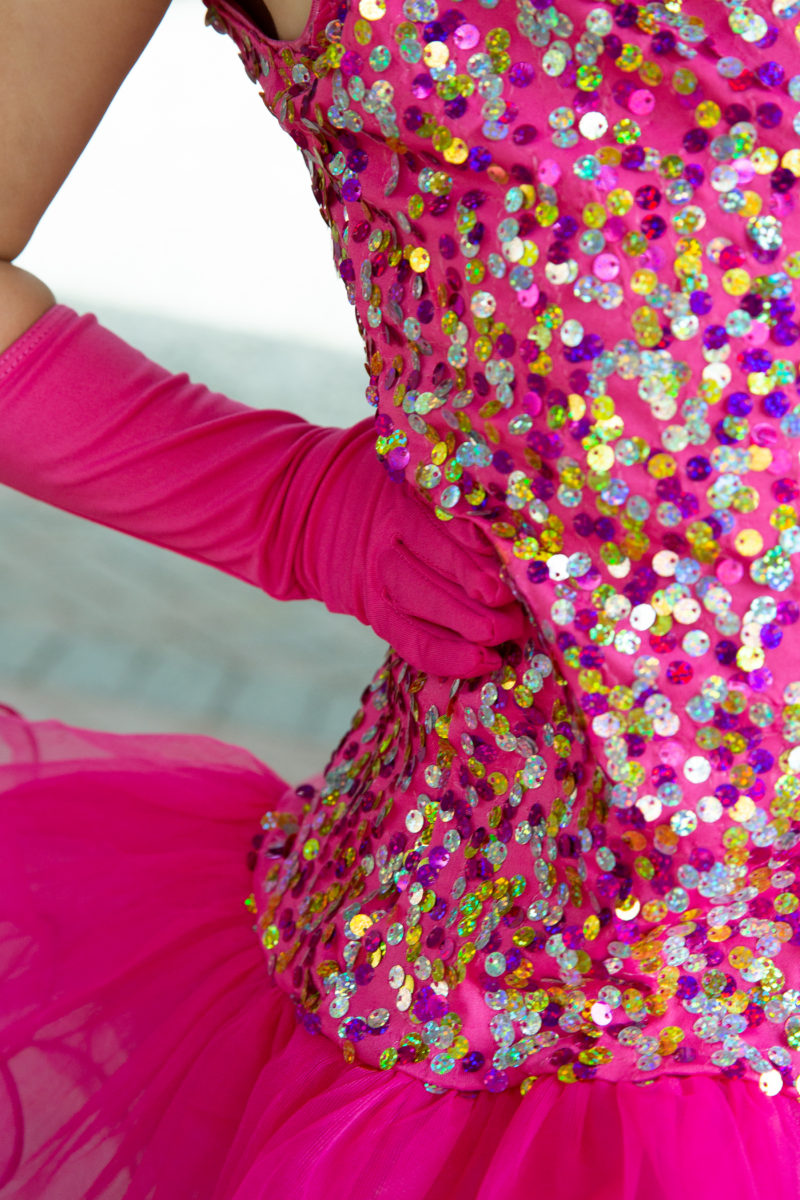 Dancing on stage at The Roswell Cultural Arts Center for the first time! 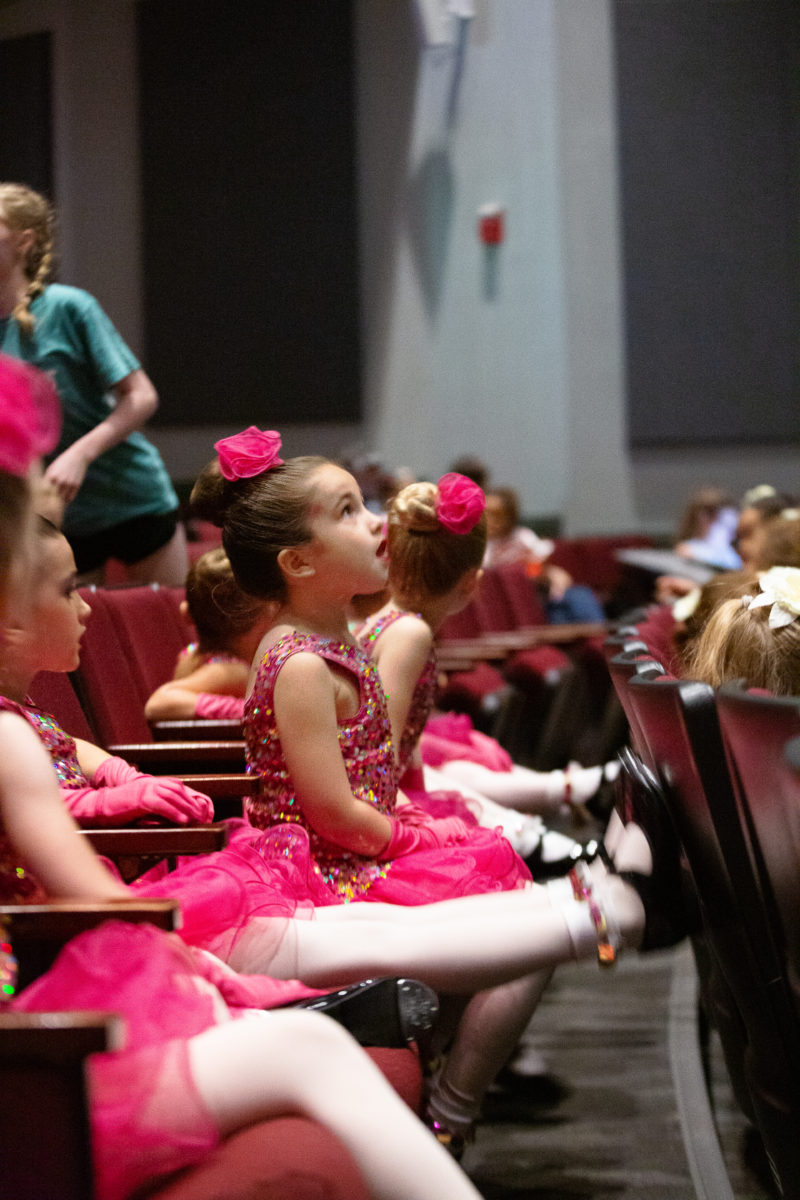 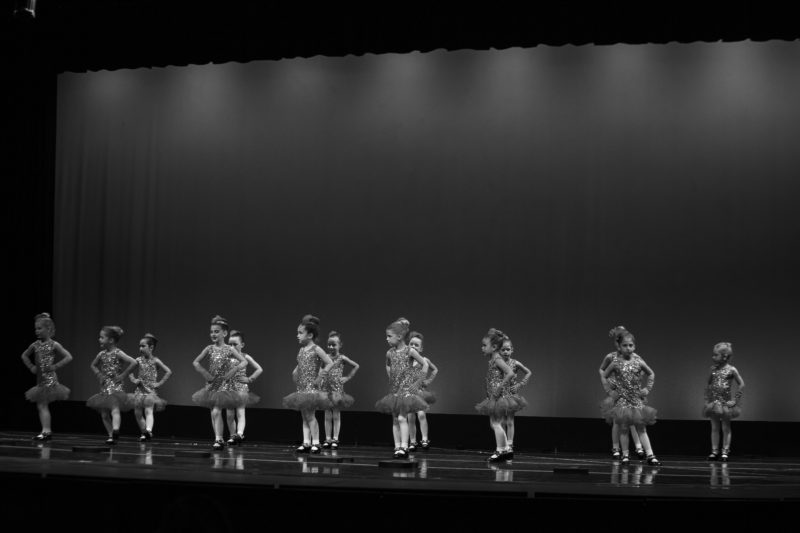 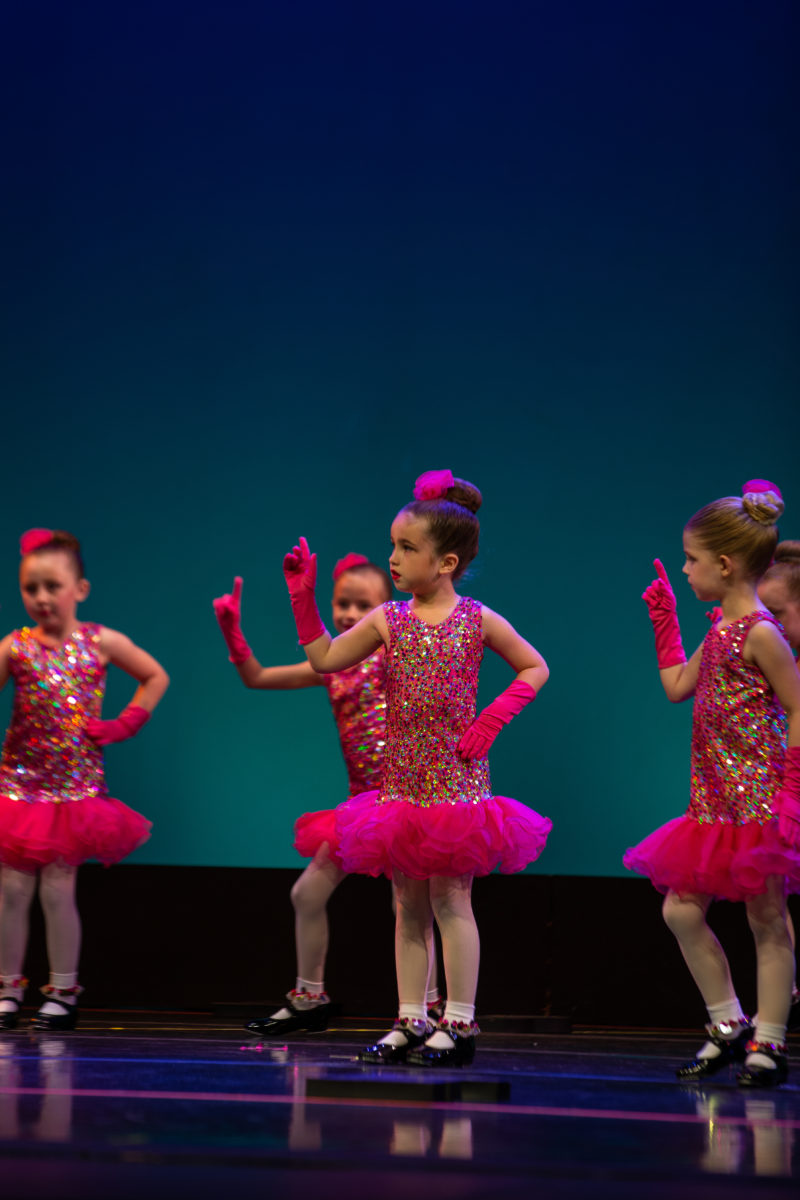 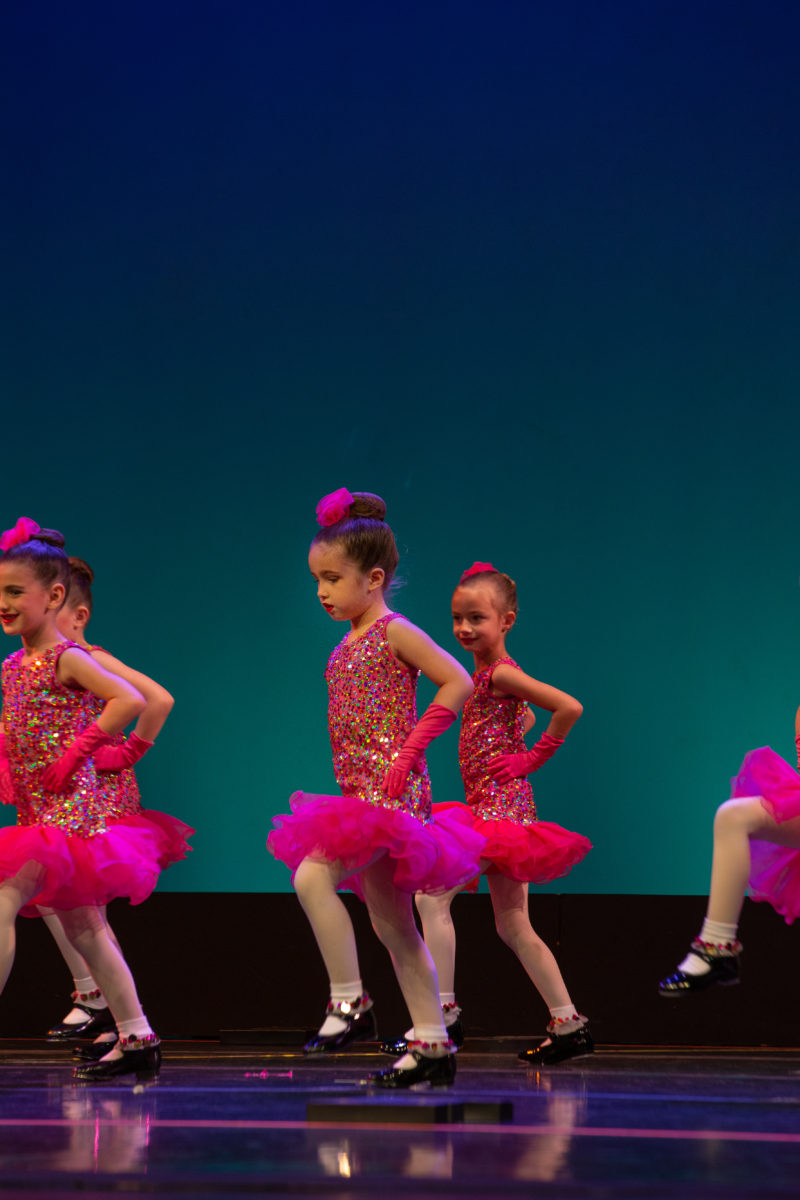 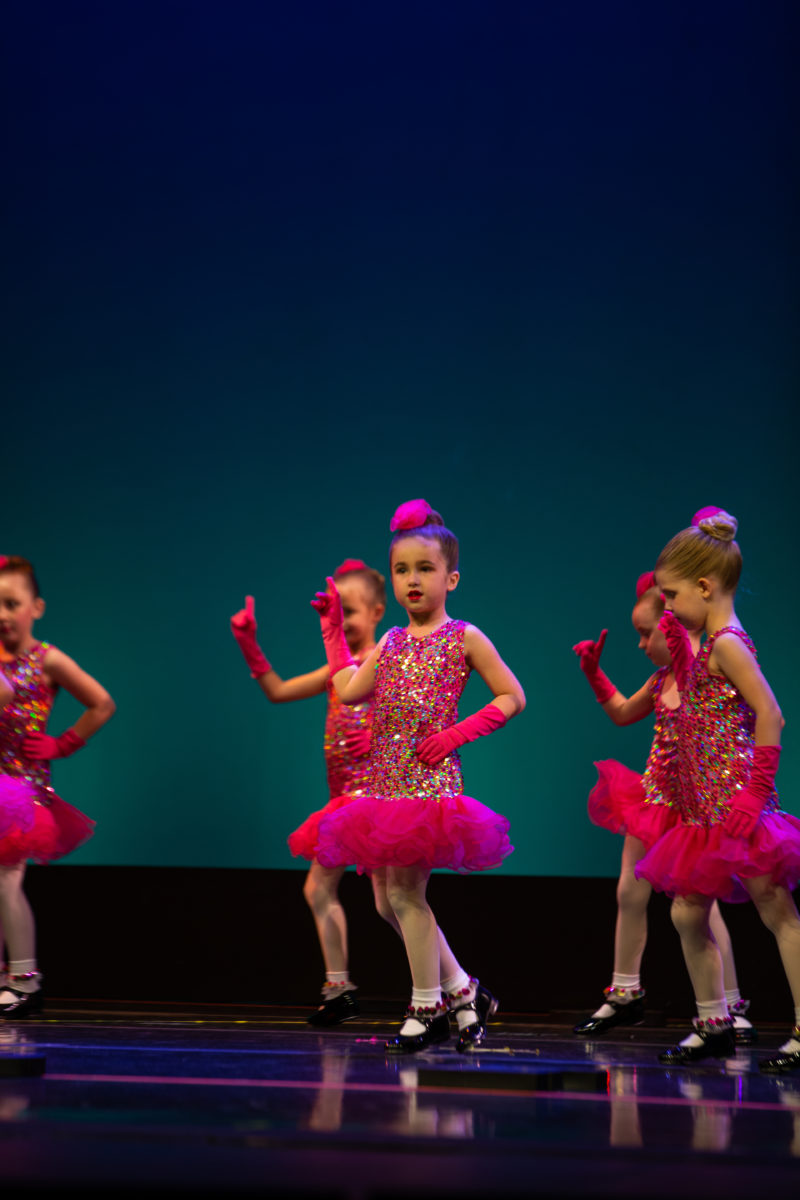 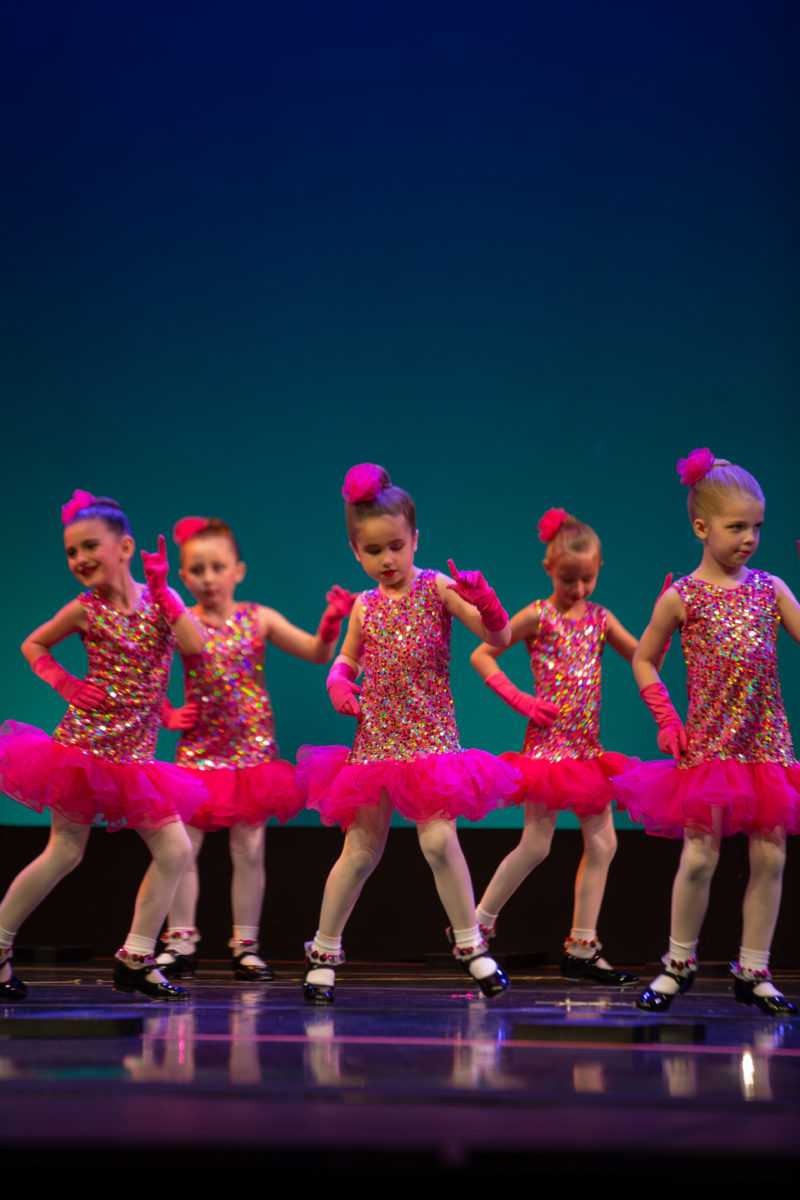 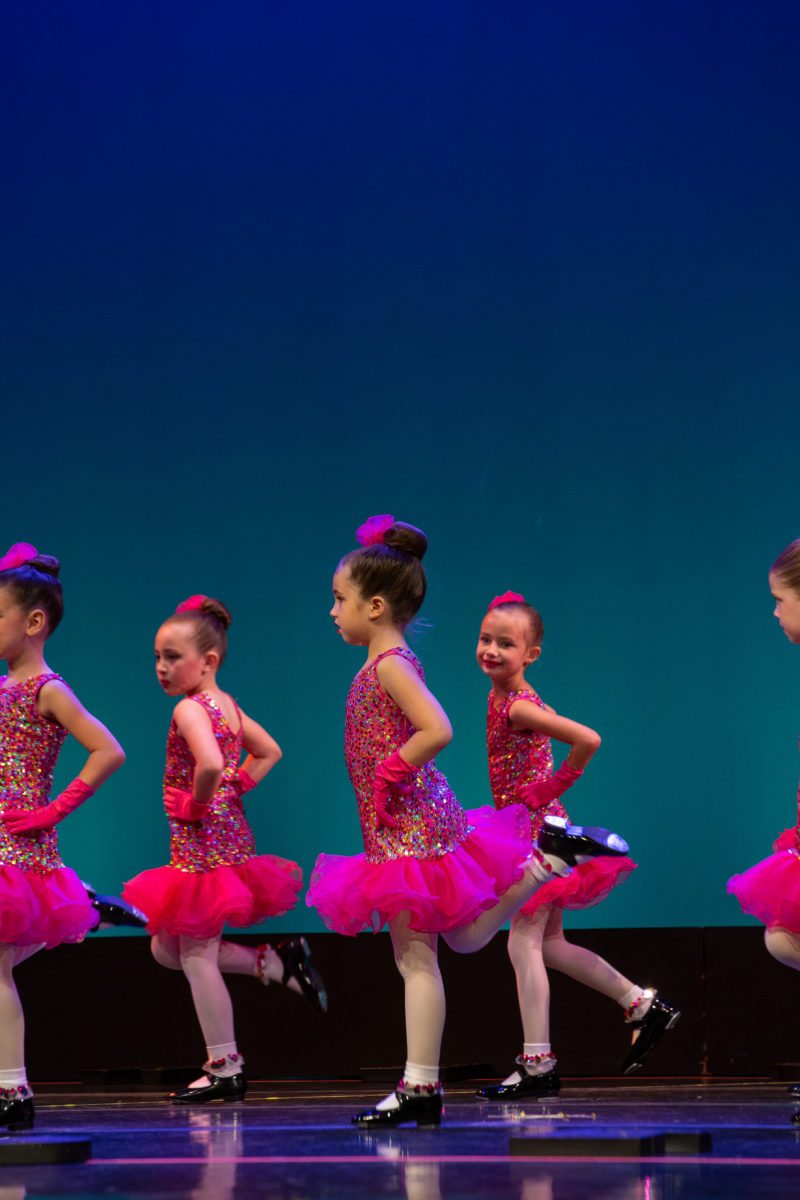 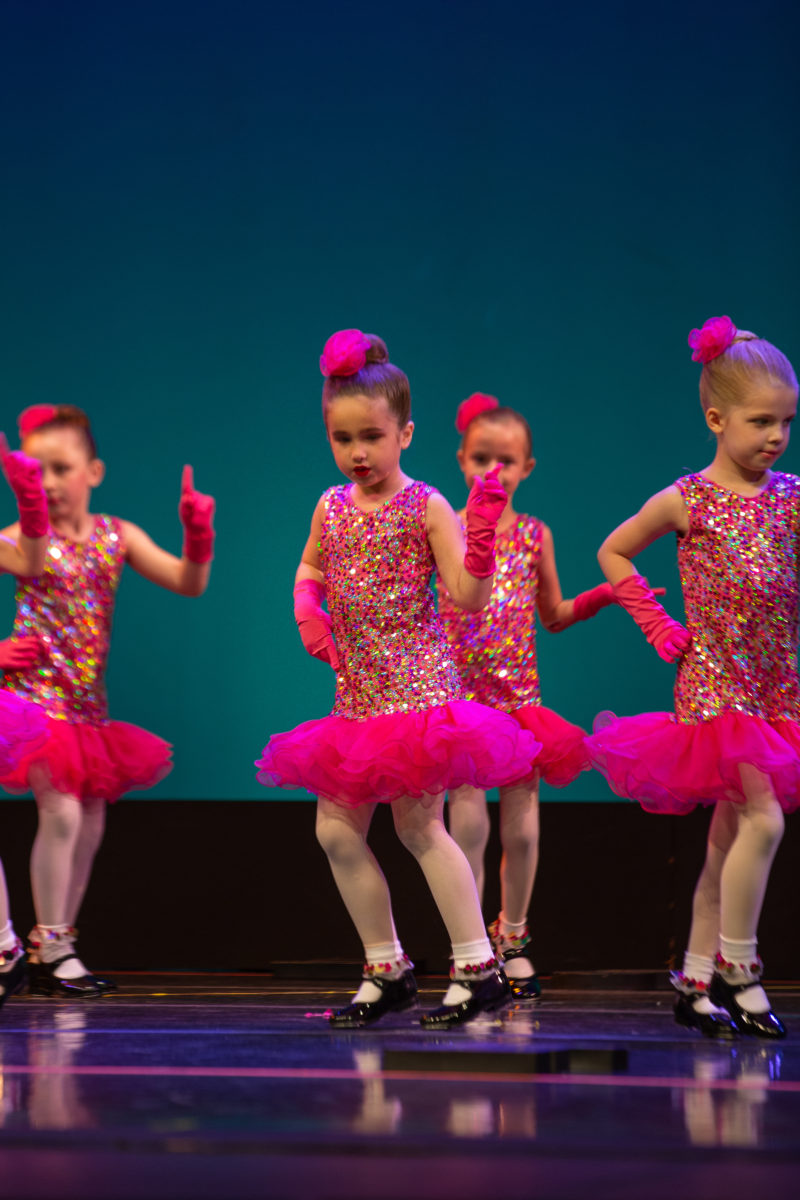 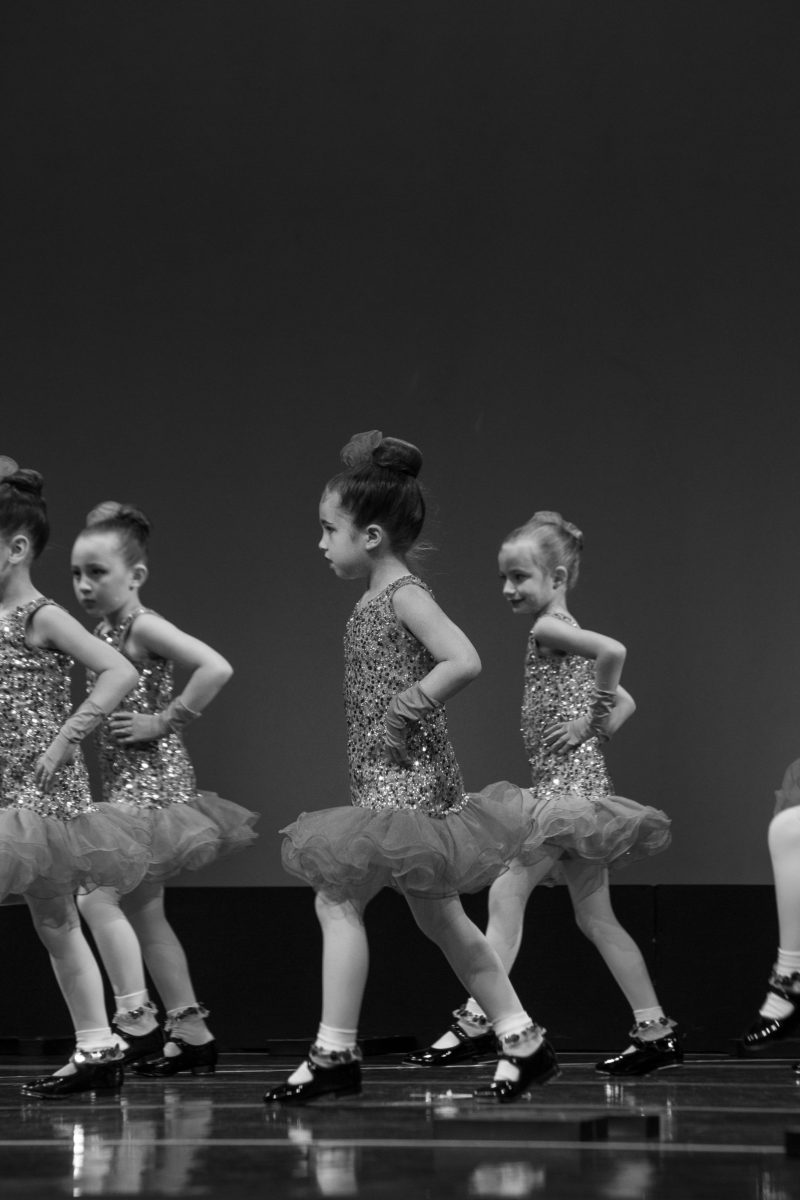 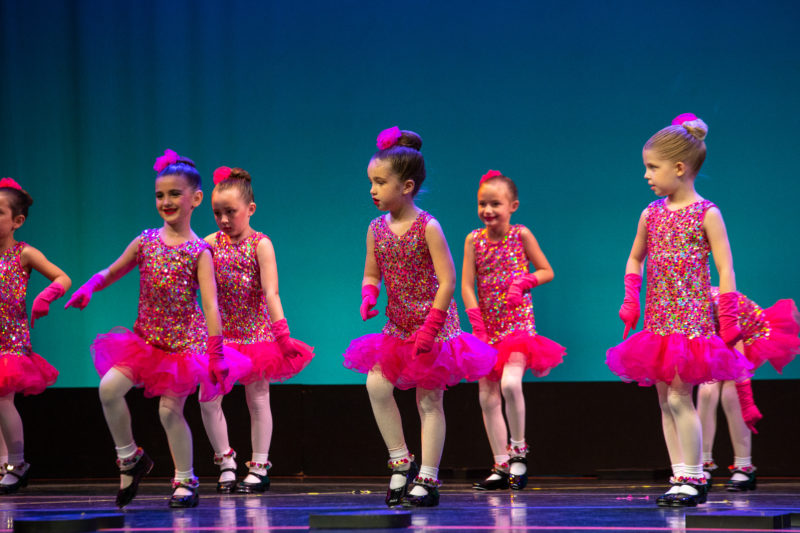 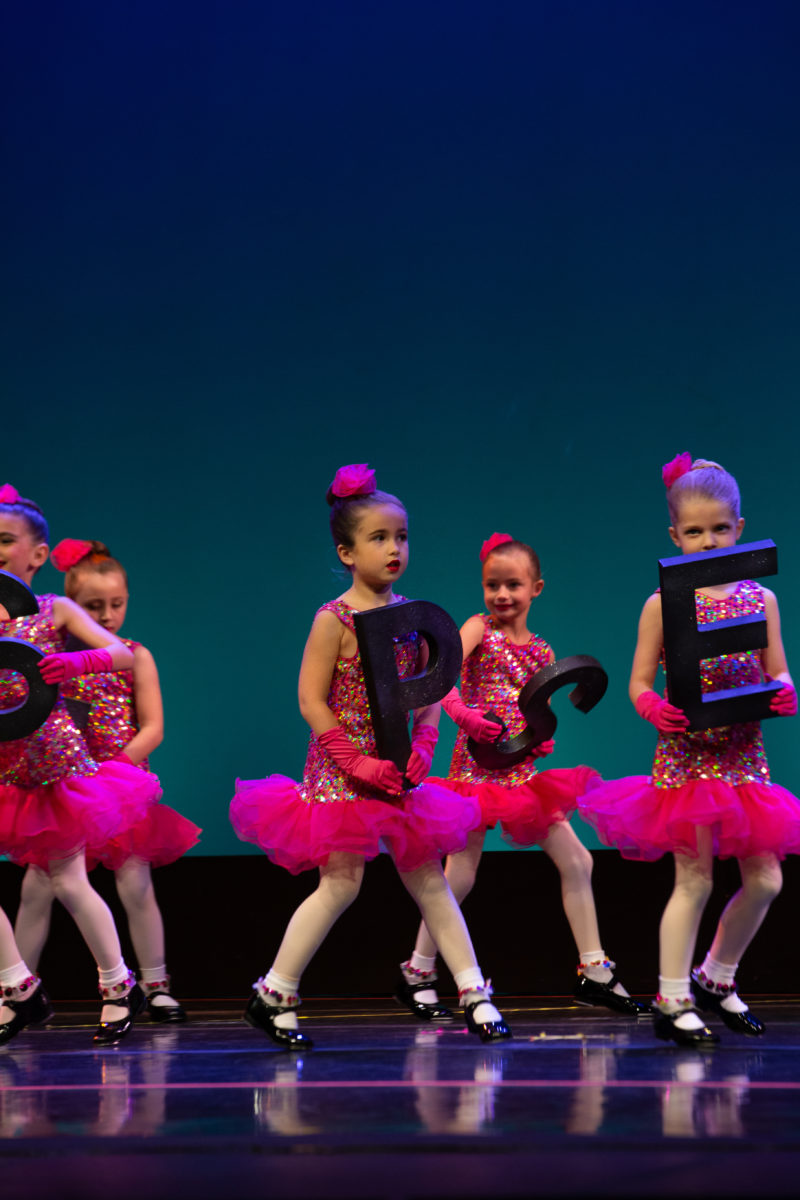 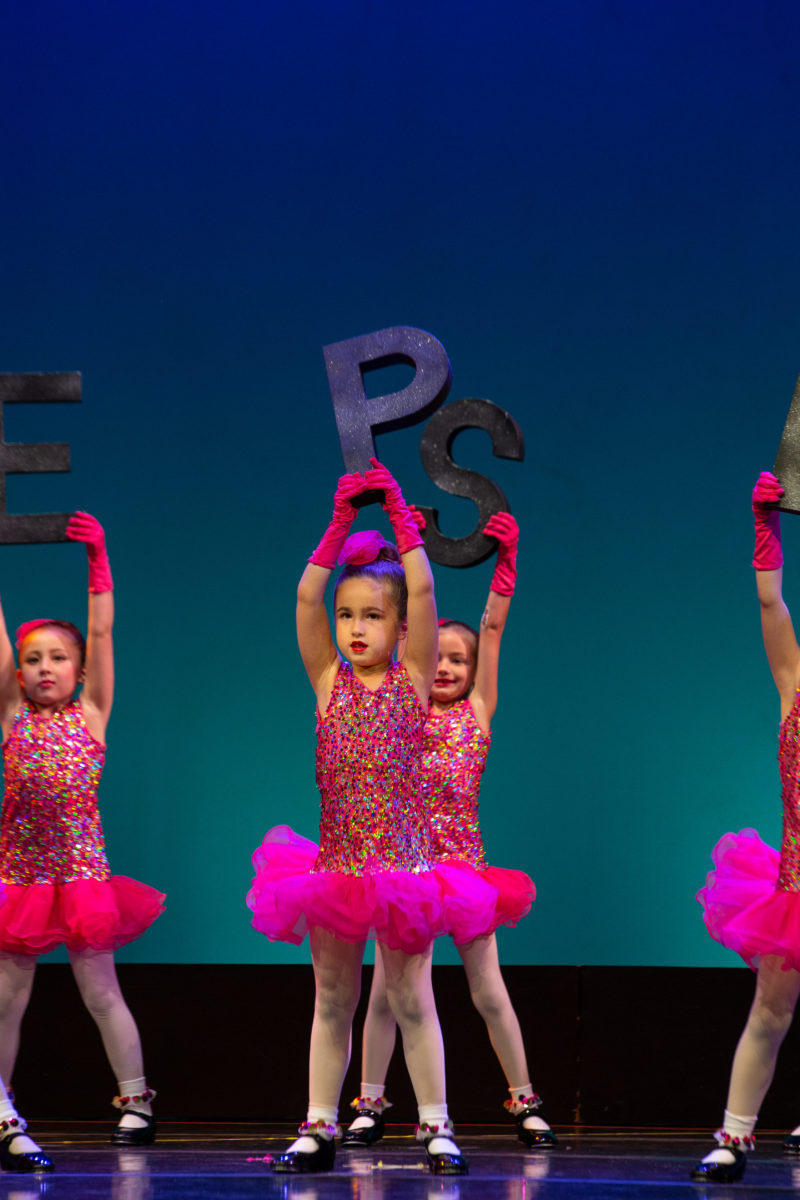 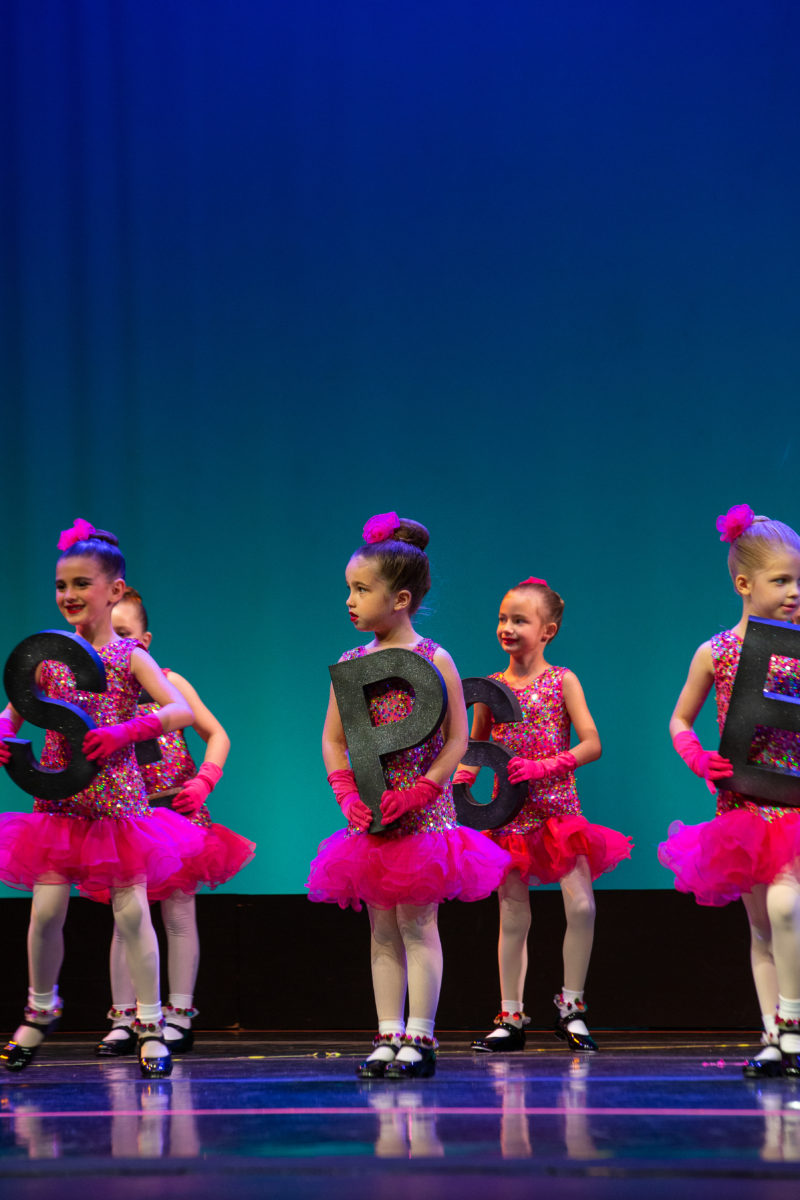 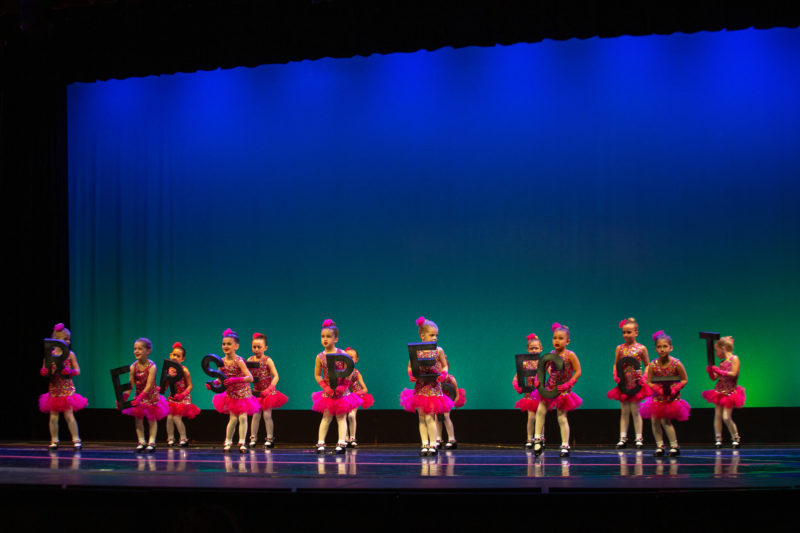 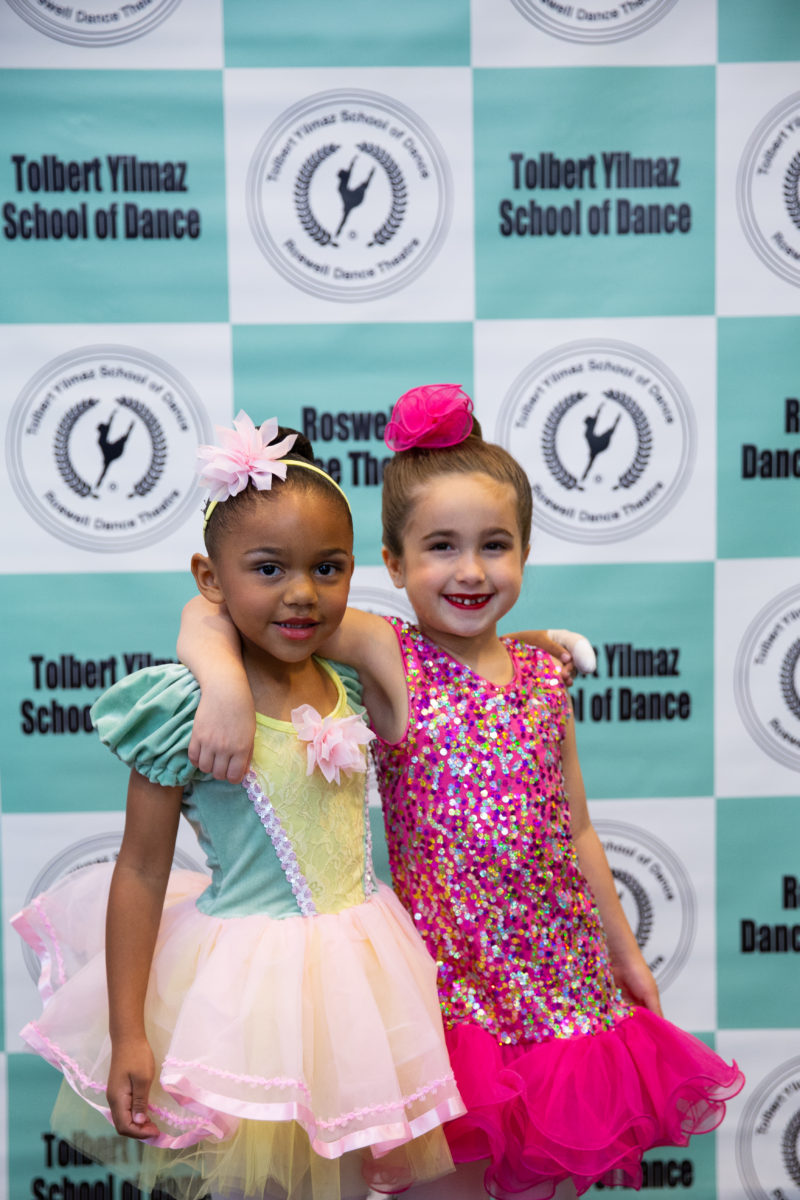 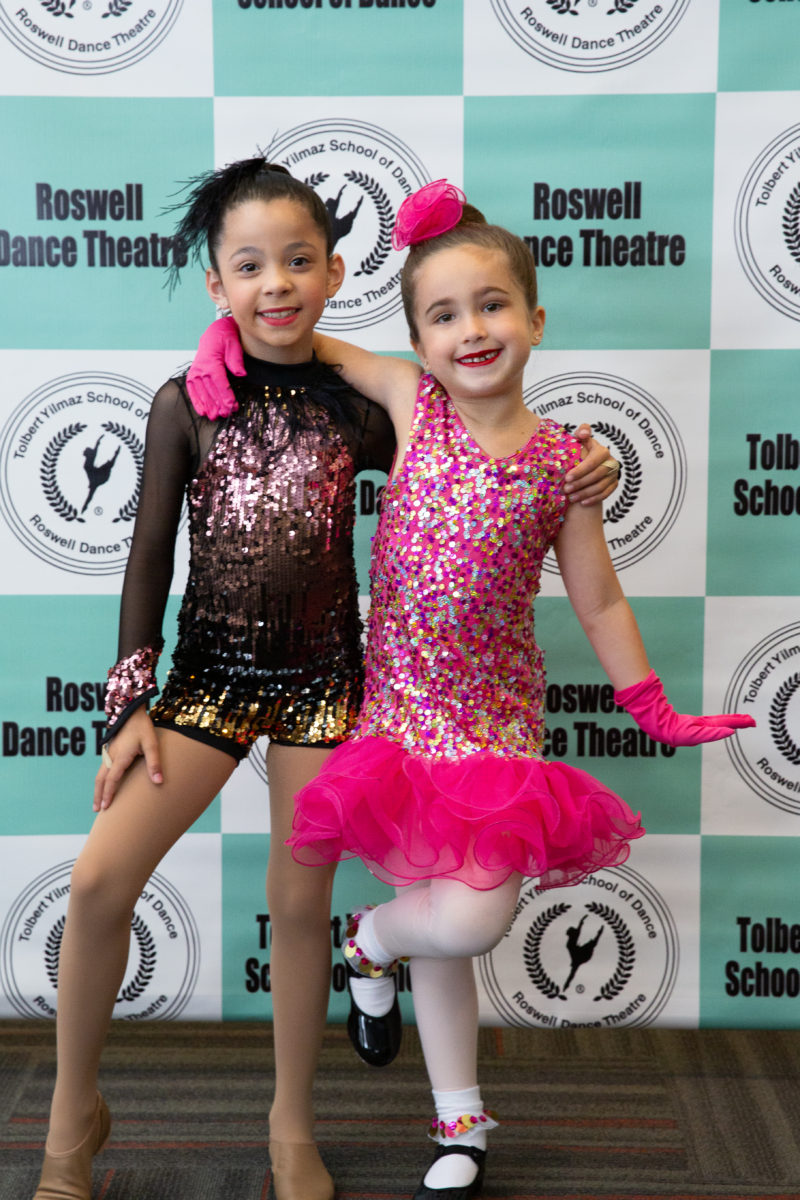 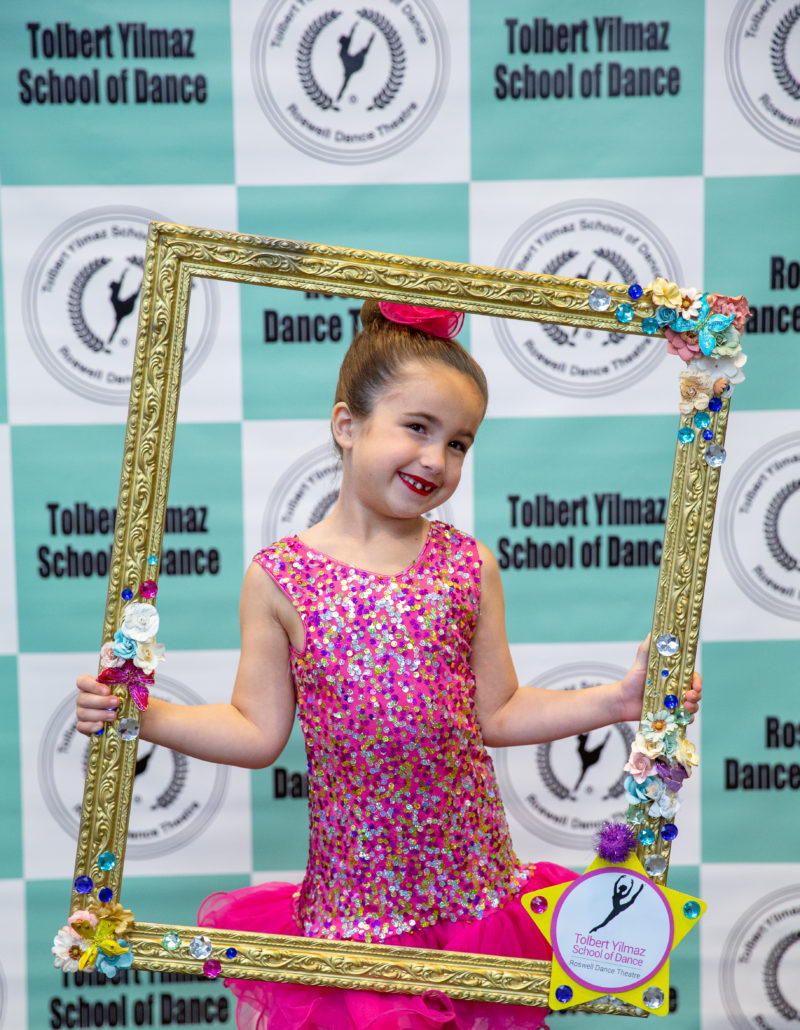 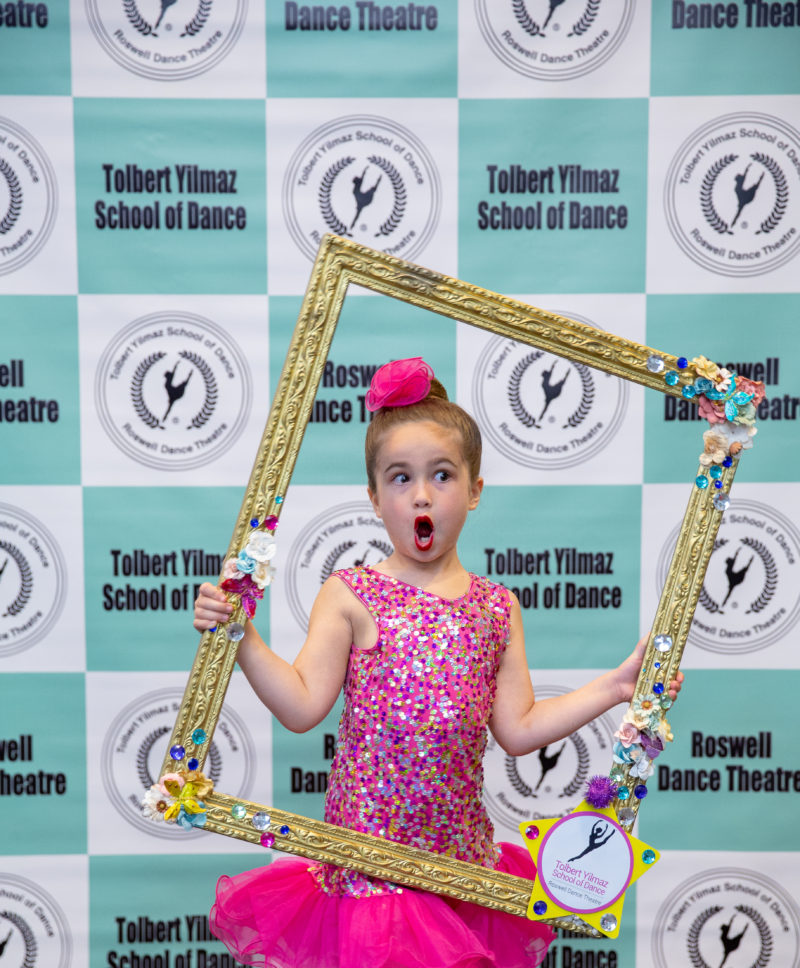