Sundays are grocery days around here. It’s a ritual that Emma Vance and I cherish–just the two of us perusing the aisles of Whole Foods without a care in the world. It’s my way of preparing for the week ahead, of mentally resetting and of clearing out any shortcomings of the past week. We go at the same time, follow the same path and check out with the same cashier Sunday after Sunday, and it’s nothing short of cathartic.

Because I love consistency and routine so much in my daily activities, you would think I don’t like to try new things, but it’s quite the opposite. I crave continuity in the little things because I desire change in the big ones. So, even though our little Sunday escape may look relatively boring, my constant curiosity about different eating philosophies keeps the trips fresh. I can’t believe I’m about to write this–considering a month ago I’d call you C-R-A-Z-Y if you told me these words were about to be spoken–but I’ve spent the last month or so eating vegan. Yep, vegan.

Most people’s initial reaction goes something like this: confusion, curiosity, disbelief, playful taunting, and, finally, wishing me good luck. Because people have such a strong reaction to the idea of not eating animal products, you might wonder how I got the harebrained idea to go vegan. Well, I’ve been a fan of Shakeology from Beachbody for a while now, and since they offer a three-week vegan cleanse (called The Ultimate Reset), I thought I’d give it a try. I figured the worst thing that could happen what that I’d fail, and failure doesn’t scare me as much as regret. I’d been warned by many people that it would be tough, that many people give up after just a few days, that I’d be miserable…and, well, I had just the opposite experience.

My initial reaction is this: It was really hard to give up COKE. Really, that was the worst part of the whole experience, and that’s my fault. For almost five days straight my head pounded, begging me, imploring me for caffeine and chemicals. The worst part was the knowledge that the headaches were self-inflicted; I was the one who had given in to the siren song of soda for so long. Now I was paying the price! In a weird way, though, the agony of the caffeine migraines took away any focus I might have put on my lack of wheat, cheese, milk, meat, etc., so that worked out nicely. By the time my head cleared, I had made it almost a whole week without animal products, gluten, wheat, BANANAS (that was hard) or chemicals/processed foods! I was basically a third of the way there, so the next two weeks were smooth sailing.

During my cleanse, I found it really difficult to eat out. In fact, being vegan took all of the fun of restaurants away. Salads without creamy dressing, chicken or cheese are just, well, sad, and on the occasions that we did venture out for a meal, I’d usually come home and have a Shakeology shake to make up for my depressing experience. :)

Over the three weeks, I got into a routine with my meals, and since I know you’re probably gasping in horror, “What in the world did she actually eat?,” here are my staples: apples with powdered peanut butter (Just Great Stuff brand–amazing!), zucchini with tomato sauce and either mushrooms or tofu “beef,” lettuce with vegan dressings, Larabars (for sweet tooth cravings), cauliflower “mashed potatoes,” kale chips, miso soup with kale and tofu, grapefruit…hmm. What else? Occasionally nuts, quinoa, beans, potatoes, avocados…pretty much any type of fruit or vegetable you can imagine. Oh! And vegan chocolate Shakeology, of course. :)

It’s one of those weird things where, after a week or so, my palate truly changed. I began craving fruits and veggies, and involuntarily turning up my nose at fast food. I felt lighter and healthier, which was amazing. I felt happier, probably due to my satisfaction with what I was putting into my body. It was a fabulous experience to say the least. Well, it was fabulous up until the second to last day (which also happened to be the day before E.V.’s birthday party, meaning I was STRESSED), where I exhaustedly cried to Ryan that I just wanted a burger…but that was just a passing moment of weakness brought on by memories of Burgerfi. Ha!

And then, in an instant, my three-week cleanse was over. I did it! I felt strangely accomplished and scared: What would going back to normal eating look like? So I tried to just ease back into it. In fact, I took a week to try eating out and enjoying bread, ice cream, cheese, etc., and after seven days of reserved indulgence, I felt like crap. Total crap. The strangest thought was that I probably have always felt this way; I just didn’t realize how bad it felt. But all of a sudden I knew better–and was put in a tough position.

Eating vegan is hard at times. Our society doesn’t really cater to this type of diet, so eating out challenge and going to parties means politely declining yummy homemade foods. However, after much debate, I’ve decided that I’m sticking with being vegan(ish) for at least a little while longer.

Let me settle this inevitable debate: I’m not anti-animal products. I enjoy steak and cheese and eggs as much as anybody else. In the converse sense, I’ve always been an animal lover, felt uncomfortable about hunting and fishing, and imagined that my chicken nuggets were man-made and not the product of breaking a hen’s neck (shiver). I mean, let’s be honest, I can’t even watch shows like “North America” because the mere implication that one of the featured animals might die or be eaten makes me cry (true story). When I read “Hatchet” in middle school, my initial thought was, “Man, if I was ever lost in the wilderness I’d be vegetarian because I could never take the life of a sweet, innocent animal.” Fast forward to 30 years (and three weeks of experimenting) later, and I’ve decided that for me, eating vegan is a good thing. I feel better, healthier, and happier because of it, and although it will definitely not be a forever lifestyle, for now it’s a decision that I’m excited about.

How will the next little while vary than my three-week cleanse? Well, the main difference is that I’m not going to obsess about it. During the cleanse, I didn’t eat anything to cheat. Yesterday I was starving and craving some goldfish crackers, so I ate them. And that was fine. It’s going to be about balance for me; this is a marathon, not a sprint. Think I’m crazy? That’s okay. I don’t blame you! It is a bit crazy, but different strokes for different folks. If you don’t think I’m crazy, or if you’re just as curious as I was, try The Ultimate Reset for yourself–what’s the worst that could happen? You go back to eating meat and dairy? Big deal. At least you’ll be confident in your decision, just like I am. :) 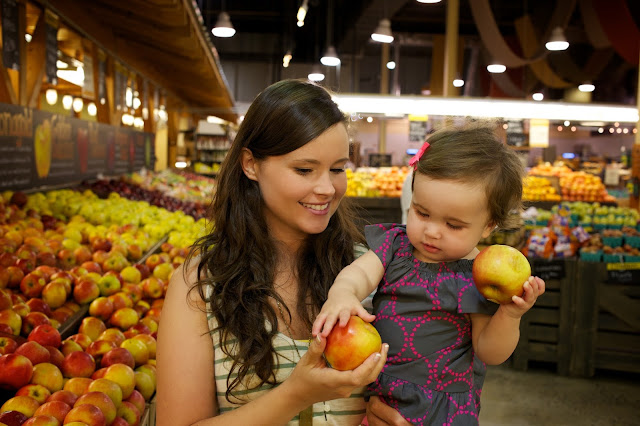