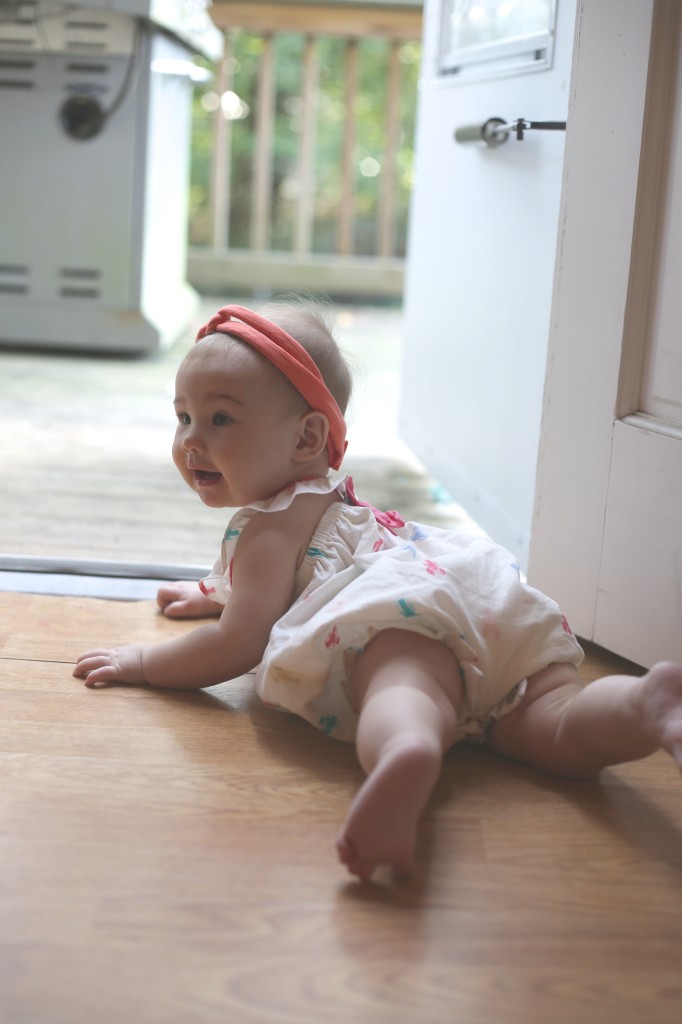 I know they say that the second kid grows up way faster than the first, but before having Cricket, something deep inside me refused to believe that notion. Now I’m a total believer.

About a month or so ago, Cricket began scooching herself inch-by-inch across the playmat during tummy time, and I thought to myself, “Surely, no…I mean, I’m being a stage mom. Clearly my FOUR MONTH OLD isn’t crawling. Impossible!” (Possible.) By two weeks ago, she was clearly crawling beyond a shadow of a doubt. I was in disbelief. (And I still kinda’ am.) Now, at not even six months old, she’s a master army crawler and is even working on pushing up to crawl. She can go just about anywhere she wants, and as she scoots past me on the ground below, I’m reminded of how exciting this phase is. It’s the first chance you have to see your child’s likes and dislikes and desires and wants. It’s the first time that curiosity can truly bloom, and it fascinates me to watch babies at this age. I’m reminded that although I love when they’re little, but it’s also kinda’ fun when they become a little bigger, too. ;) Their personalities are developing, and I can’t wait to figure out who Kit is growing into being.

So now that Cricket is self-sufficiently mobile, her favorite “things” are now quite apparent. They include:

Leaves (and eating them, of course)

Outside (regardless of the rough deck out back…Ouch!)

Food (and attempting to eat it)

Mirrors (and, yes, I have unhung mirrors leaning against walls in Amityville still…two years later! Oops!)

Cricket has a very adventurous spirit and is super curious about the world around her. To her, there are no boundaries yet, no rules, no expectations. She crawls toward what she likes and ignores the rest of the world around her. I love it. And her. I know that I’m going to miss having a baby-baby around the house (They’re so. much. easier!), but now that she can be a little bit more independent, I’m starting to get excited about having two big kids running around (and entertaining one another!). Instead of lamenting about saying buh-bye to newborn-ness, I’m going to focus on saying hello to mobile-baby-ness. (And hopefully avoid crying along the way! ;) ) 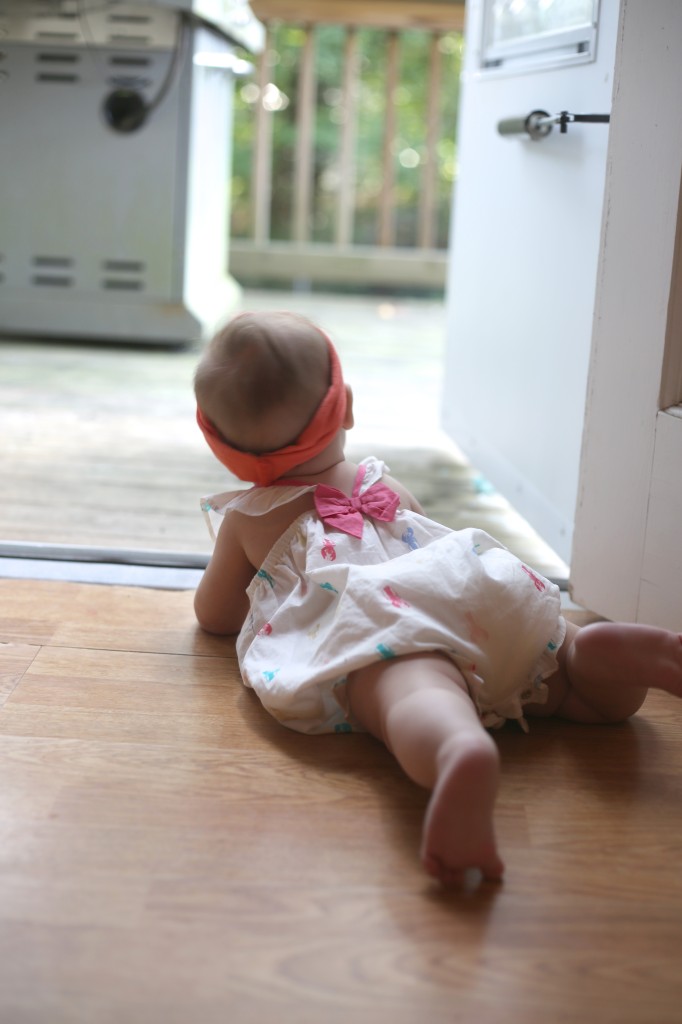 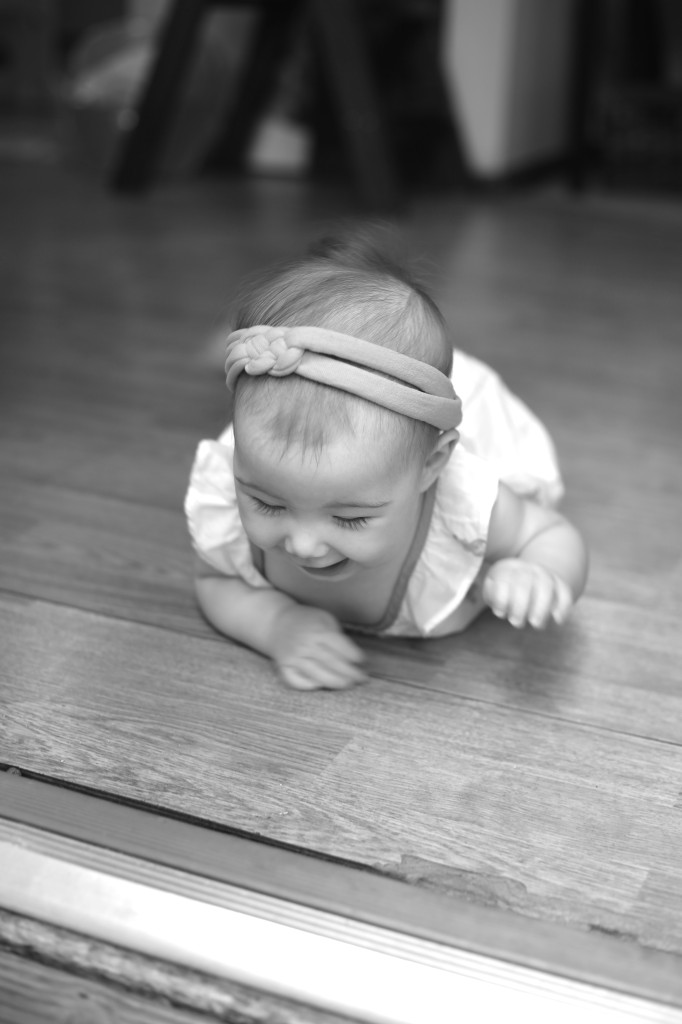 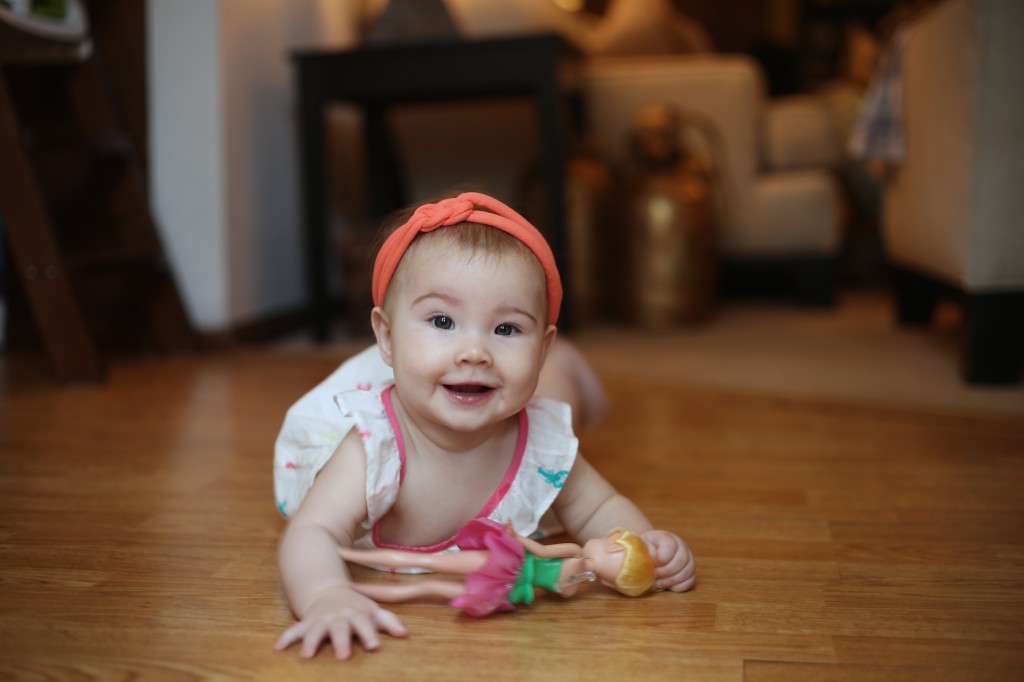 Oh, and the dogs are enjoying Kit’s mobility as well. (NOT! Haha!) 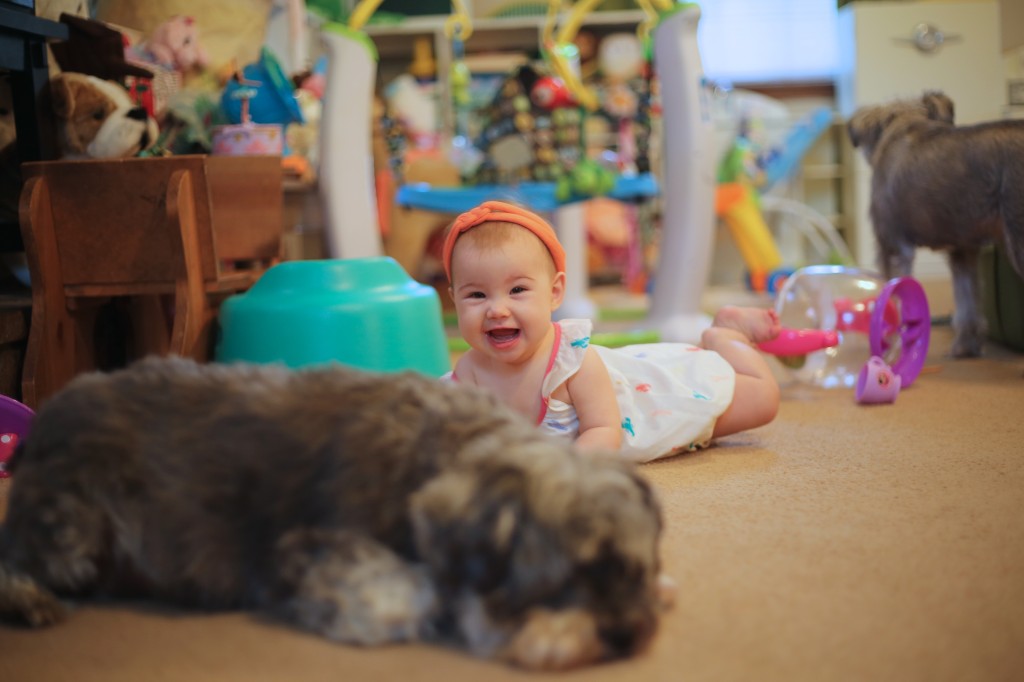 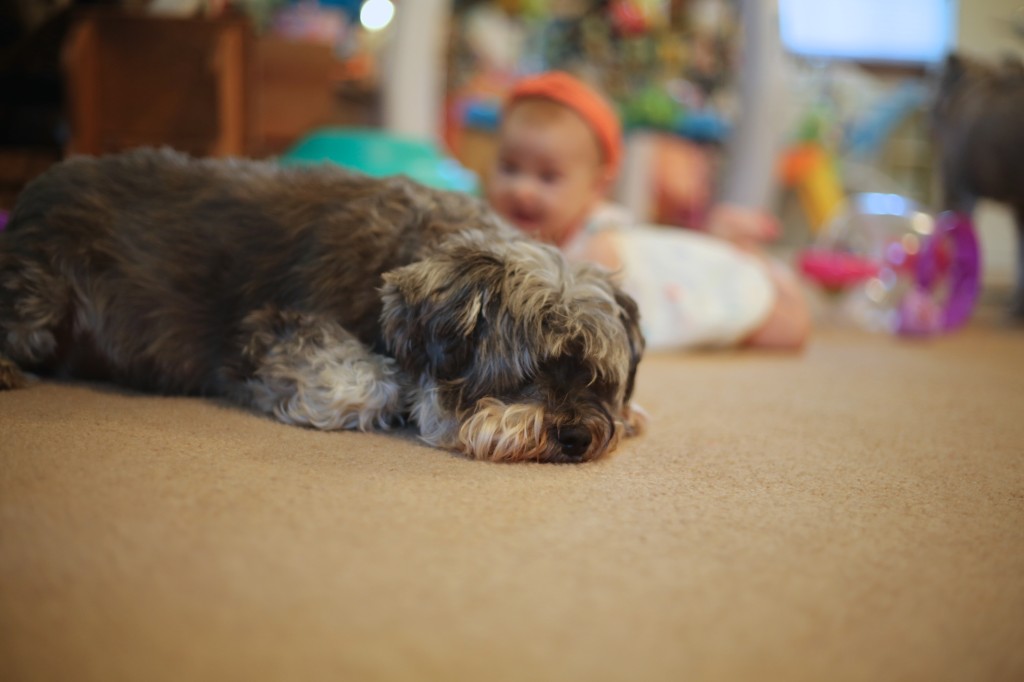