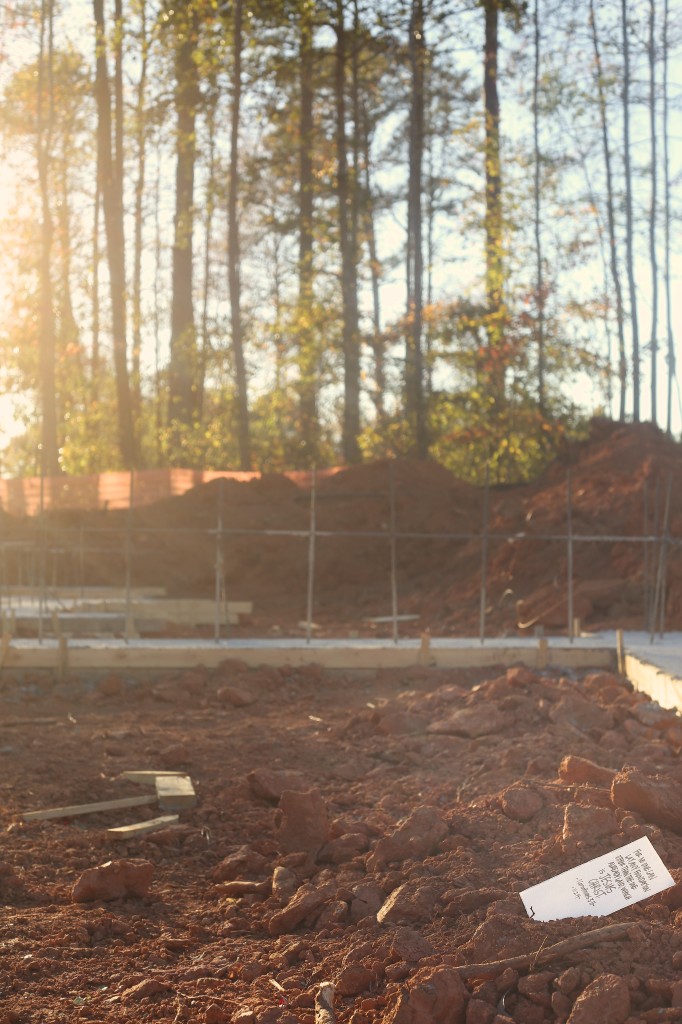 Man, I’m learning a TON about building a house these days. Now I know why it takes so looooong when it seems like it should be so much quicker — not to say that we’re anxious about getting this project done. In fact, now that we have an end goal in sight and aren’t just hanging around Amityville indefinitely,  wondering what and where our next house will be, I feel so settled and calm. I still think that we won’t close until April, although they’re projecting a little earlier than that.

Okay, so onto the official house update! In the neighborhood, they’re almost done with the model home, have cleared almost all of the contracted lots, are working on foundations and started planting trees and landscaping in today. (I know because I tried to do my daily drive-by and had to Austin-Powers my car to get out of the neighborhood because it was blocked by giant tree trucks. And, yes, “tree truck” is a thing apparently. At least now it is.) Every Monday we get a call from our builder with a weekly update, and we were expecting the footers (read: concrete outline of the house) to be laid last Wednesday, but weather and permits pushed the schedule back a few days. However, despite the setbacks, a week later we had fully-dried footers and they had poured our basement walls.

The night before the walls went up, Ryan and I took the girls out to the lot to walk around. It’s tough because everything feels so much smaller than the finished house will (we know because we’ve walked through the floor plan about a million times in another neighborhood and felt that way throughout their entire building process, too), so we’ve been anxious all week. On that evening, with our whole family in tow, we buried a scrap of paper under the foundation at where the threshold of our front door will be. (Thank you, Heather Dubrow of RHOC, for the inspiration, haha!) On it was written a verse about Christ as the true foundation, which was a settling reminder for us throughout this whole process. We’re kinda’ ceremonious like that, so it’s something I’ll always remember, even after years of weathering have broken down the paper and it’s become part of the earth itself. (But isn’t that what’s so beautiful about the whole thing in the first place?)

This evening as I walked around the lot and stood where my new kitchen will one day be (!), I started to get really excited. Seeing our home begin to rise up out of the earth is an amazing feeling. We’ve spent so many hours trying to imagine the slope of the backyard, how level our driveway will be, where the sun will rise and set — and now we can actually see these things coming into fruition! It’s a very exciting thing to experience to say the least.

Also, we had our first appointment at the Design Center a few days ago. We have one more to finalize everything in a couple of weeks, so I’ll write a bit more about all of those fun (and expensive, geez!) choices then. We’ve got just a few more days to sleep on all of our decisions before they’re set in stone (is there some sort of pun there?), but I’m fairly certain that we won’t be making many changes because, my gosh, we’ve been planning this next house for years now! ;) (Really you can only change your mind on tile backsplashes and wall colors so many times before everything just starts to look the same, and since we’ve been debating those things for so long, we’re about at that point. Ha!) 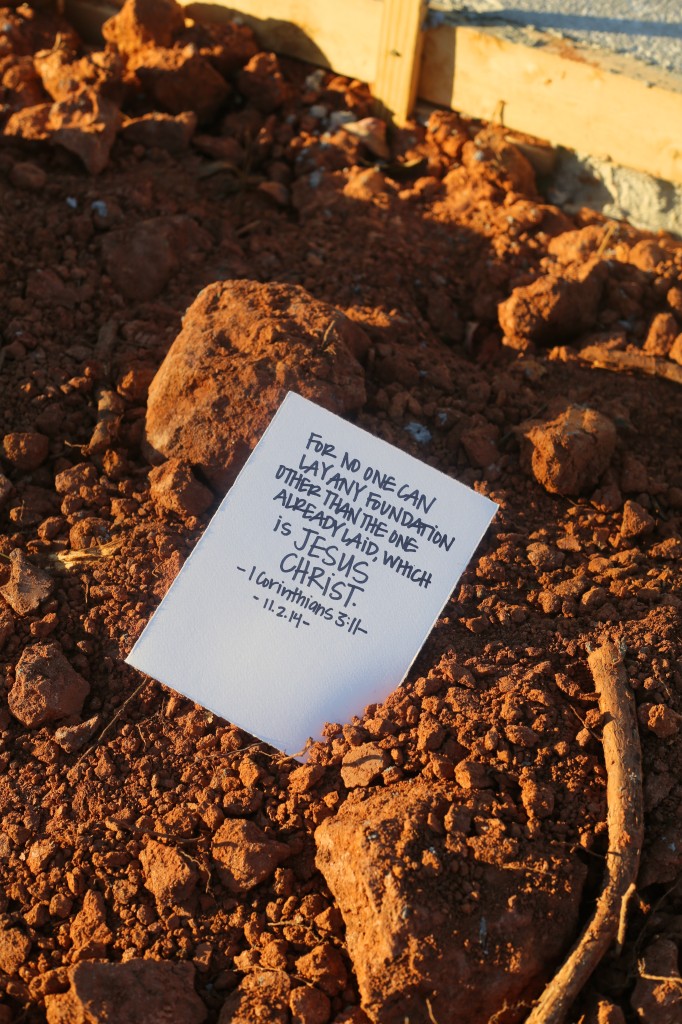 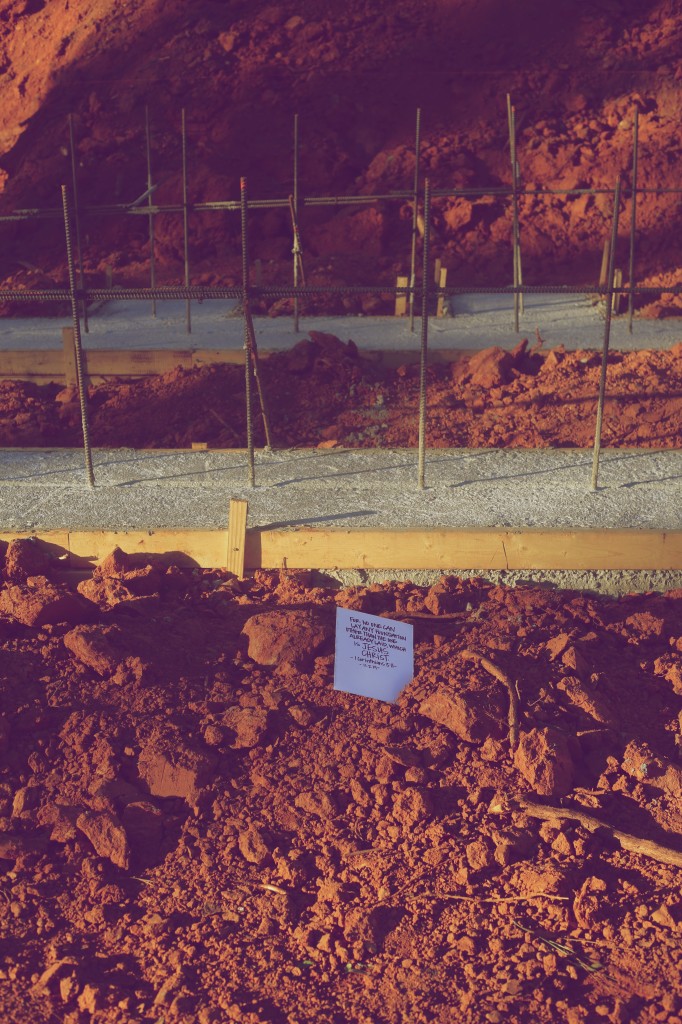 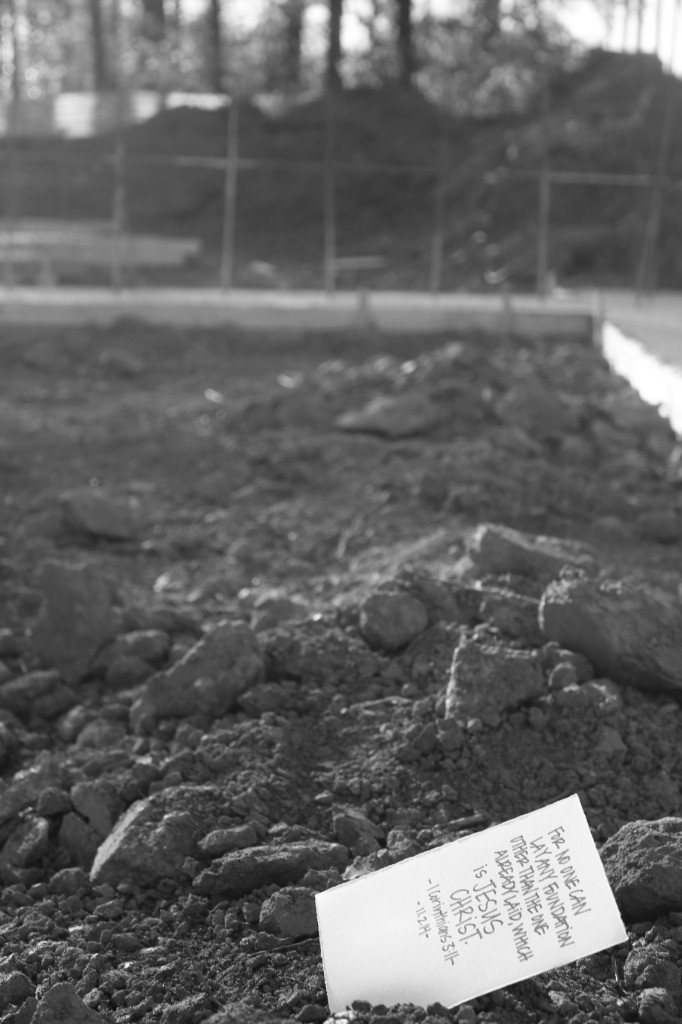 Footers without walls one day… 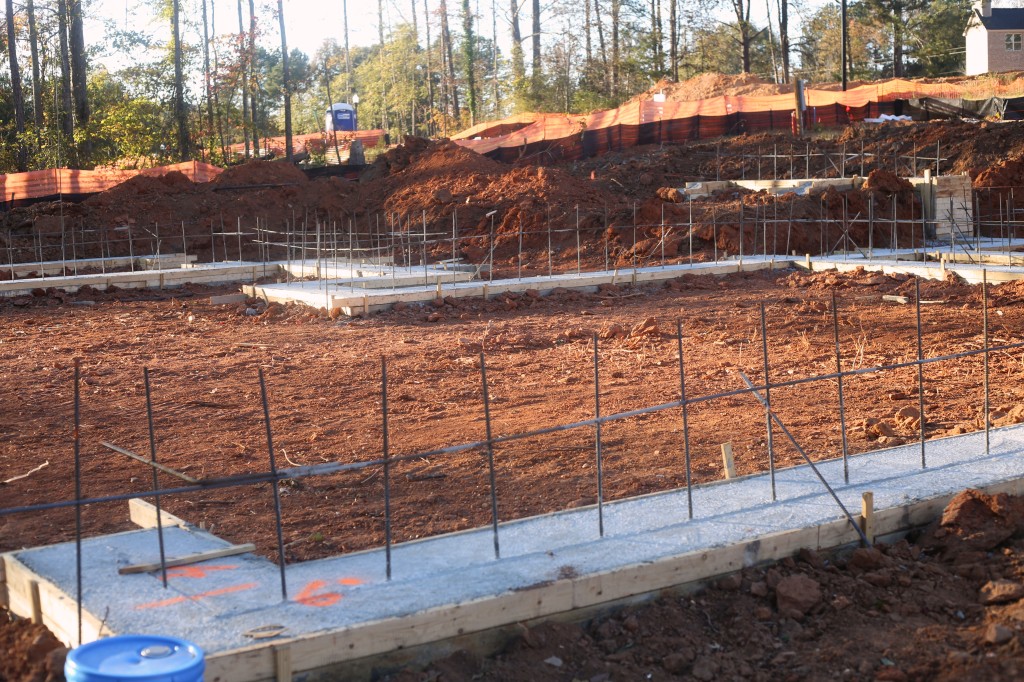 …then, BAM! Just like that, practically overnight, it’s a house! 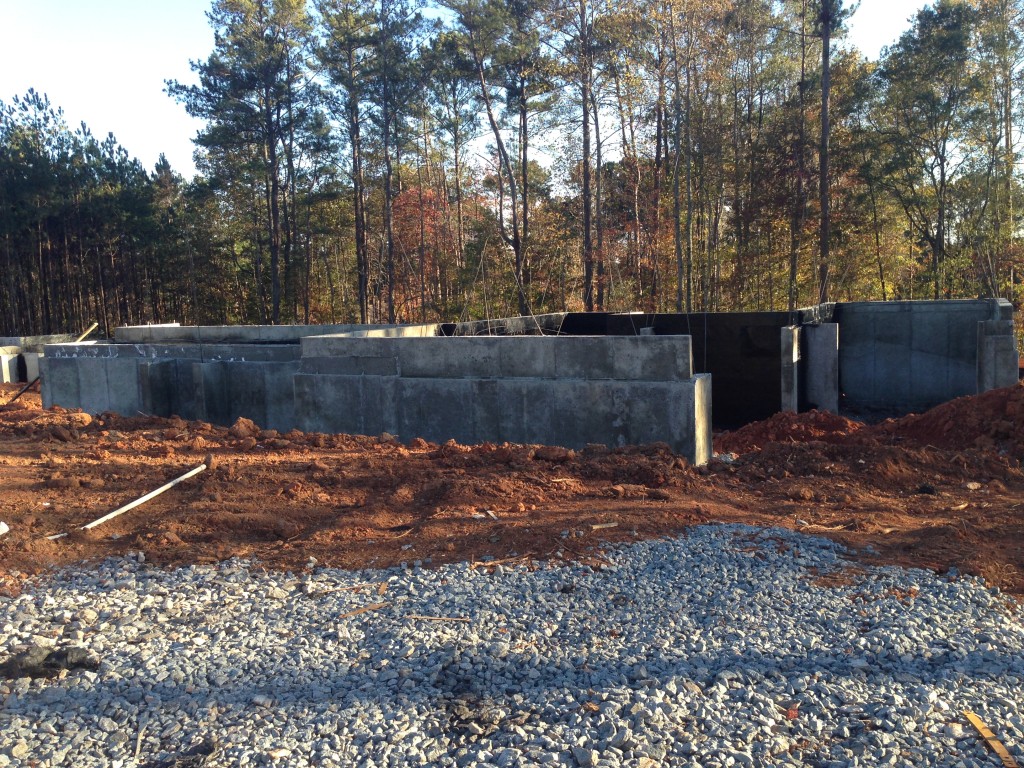