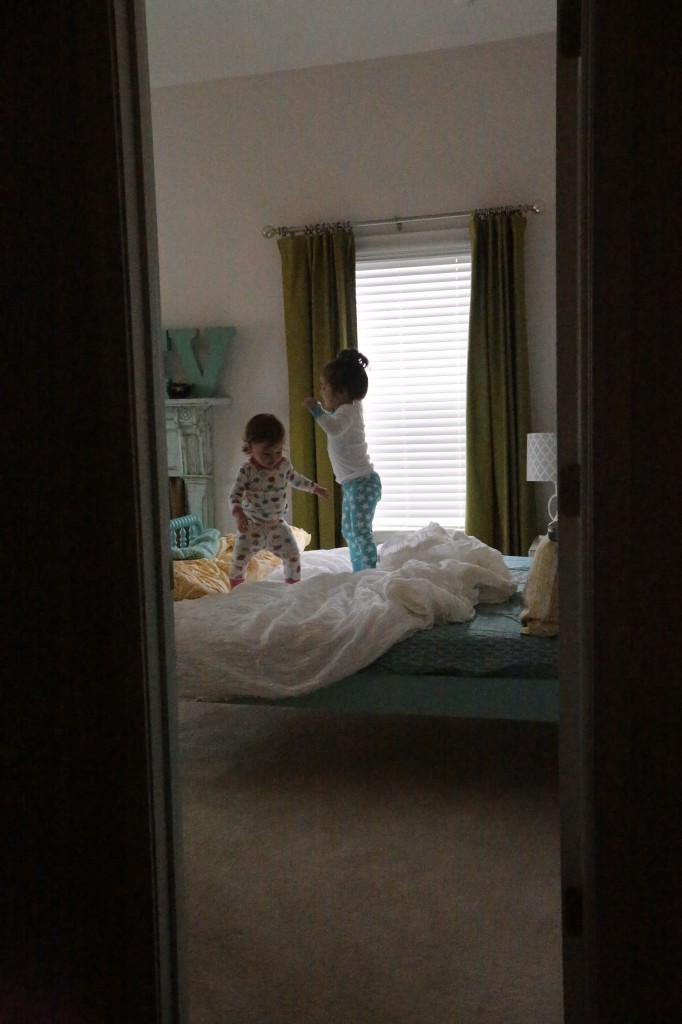 The last few precious weeks of summer are quickly waning, and like everyone else, we’re eager to soak up every last bit of sun and freedom we can while it lasts. We’ve been spending our pre-dinner afternoons at the gym pool lately in an attempt to enjoy the water before it turns chilly again — and, more importantly, in an attempt to wear the girls out before bedtime.

Today there were lots of kids swimming during our 4 o’clock visit, which is unusual. There were two older girls hanging around the shallow end when we arrived, and Emma Vance immediately ran up to them and tried to befriend them.

“Hey guys!” she grinned at them.

“Can you swim?” the oldest asked hastily.

“No, she’s still learning, and she’s a bit too little to actually swim yet,” I chimed in since E.V. was just smiling and flitting about happily.

“Hey guys! GUYS! Beauty and the Beast!” E.V. tried to engage as they ignored her.

“Guys, LOOK!” she beamed as she twirled around in the water on one leg. They weren’t impressed.

“Hey guuuuys! Princess Play Doh!” I chuckled to myself at my preschooler’s attempt at conversation topics.

The older girls weren’t interested in playing with E.V. because she was “below” them, and it kinda’ upset me. I tried to be understanding (they were probably twice as old as E.V., at a whopping SIX years old), but watching my happy-go-lucky girl get unknowingly rejected really bothered me. She had no clue that she was dealing with mean girls (thankfully), and so she just went on about her swim time, trying again and again to win their favor. After I could bear it no more, I finally lured her over to the edge of the pool, away from the girls, intending to play with her myself, to give her all the attention and respect a girl with such a big heart as her deserves, when a voice behind me chimed in.

I turned around to a half-moon grin full of white teeth. It was another big girl, goggles all cock-eyed on her forehead, neon tankini blinding everyone around her, and a kindness and eagerness in her voice.

Emma Vance walked over to the girl and introduced herself, and the nice girl replied, “I remember you! We met before. Want to play with me? Let’s be mermaids!”

I about died. The nice girl remembered E.V. apparently? She even called her “Emma Vance” and said hi to Cricket. I could have kissed her. The kindergartner played with my littles, being patient and kind and upbeat. She validated everything E.V. said and played along with all of her games eagerly. The mean girls were off in the corner, and although E.V. did attempt one or two more times to engage with them, they continued to ignore my little fairy. Truthfully, it took everything in me to not be like, “EMMA VANCE, those girls suck at life. Screw them. You have a waaaay better friend over here!” but I held my tongue and let her learn her own lesson.

When the nice girl’s mother swam over, I introduced myself and told her how thankful I was for her daughter’s kindness. I told a couple of cute anecdotes from their time together (like when the nice girl told me that “if my mother, sister and brother go away, I’m in charge of my dad”), and then I complimented her upbringing. I told the mother that I hoped E.V. would grow up to be so kind and loving. And I meant it.

Up until this point Emma Vance has had a giant heart; she’s a puppy of sorts — eager to love, slow to be hurt, always seeing the good in others. She’s happy to share, empathetic and loves to make friends wherever she goes. I know that this whole “threenager” thing is in our near future, but for now I’m happy with my sweet, kind-hearted toddler for now. I’m not ready for her to have to deal with mean girls and rejection and pain. I’m not ready for her to grow up, and this afternoon reminded me of that deep within my core.

And then tonight I tucked her into her big girl bed for the first time ever — perhaps possibly the most tangible reminder that she is growing up. Time marches on; tomorrow’s challenges are inevitable. The only thing I can do is hold her, teach her to protect that soft heart of hers and hope that she turns out to be one of the nice girls. 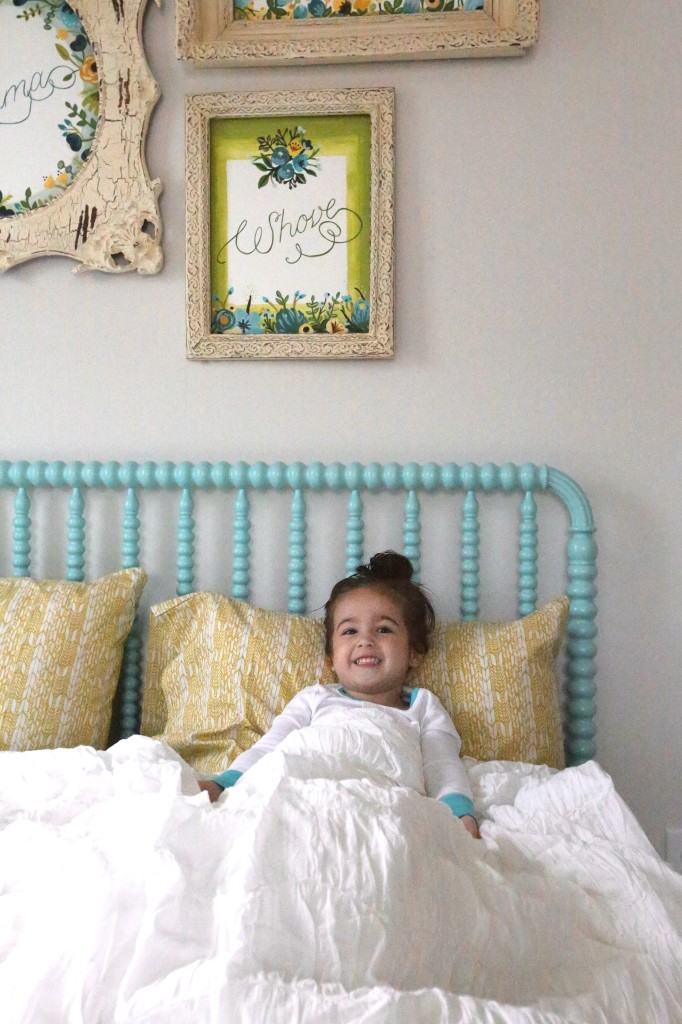 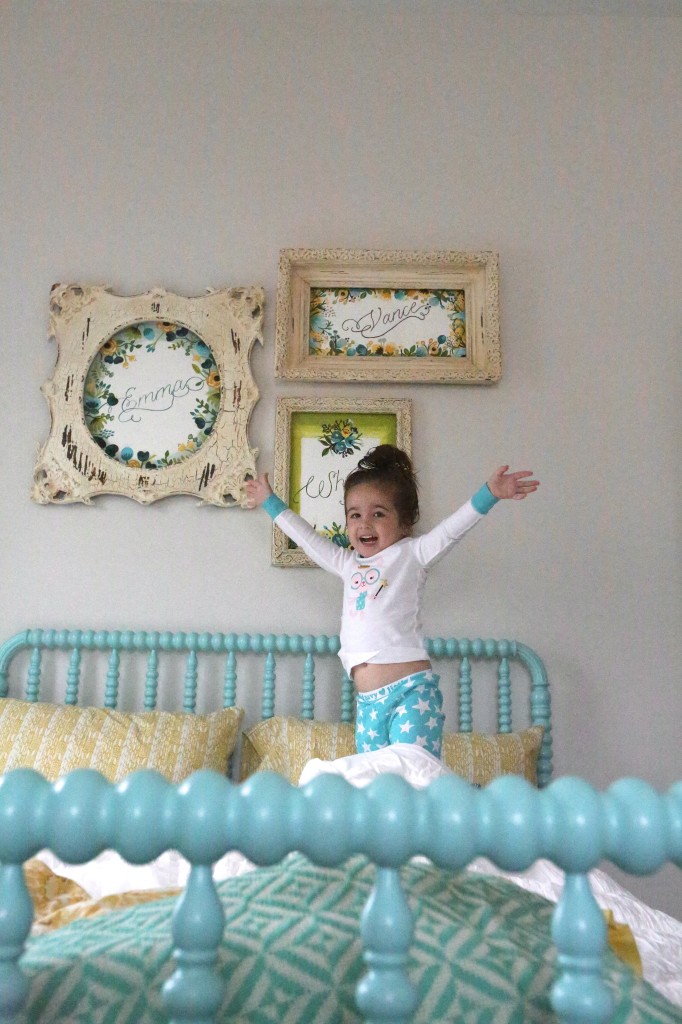 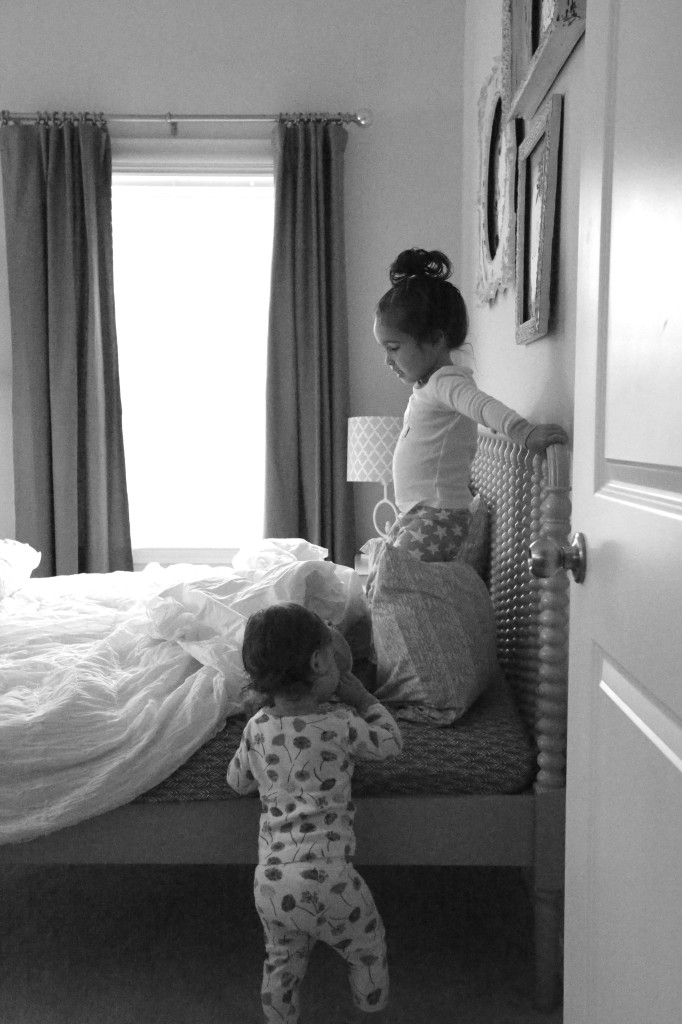 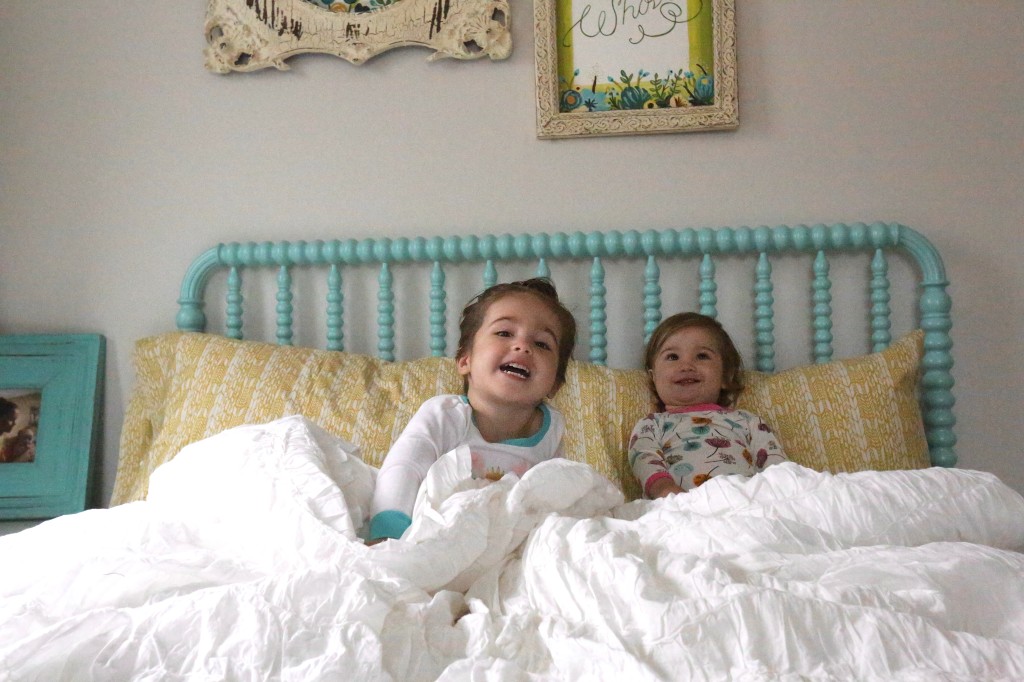 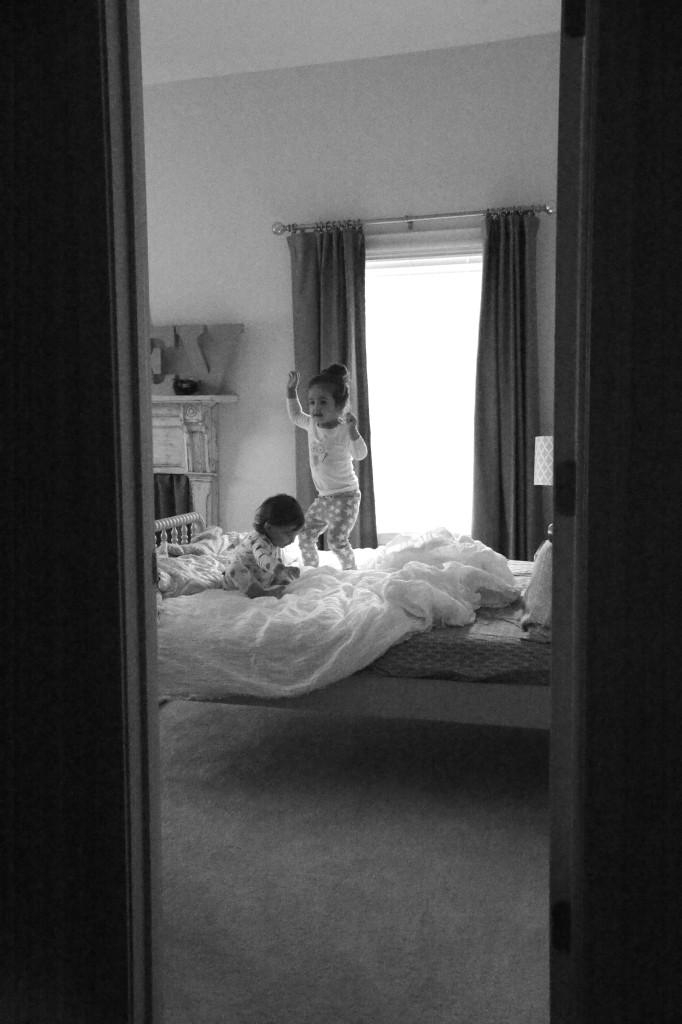 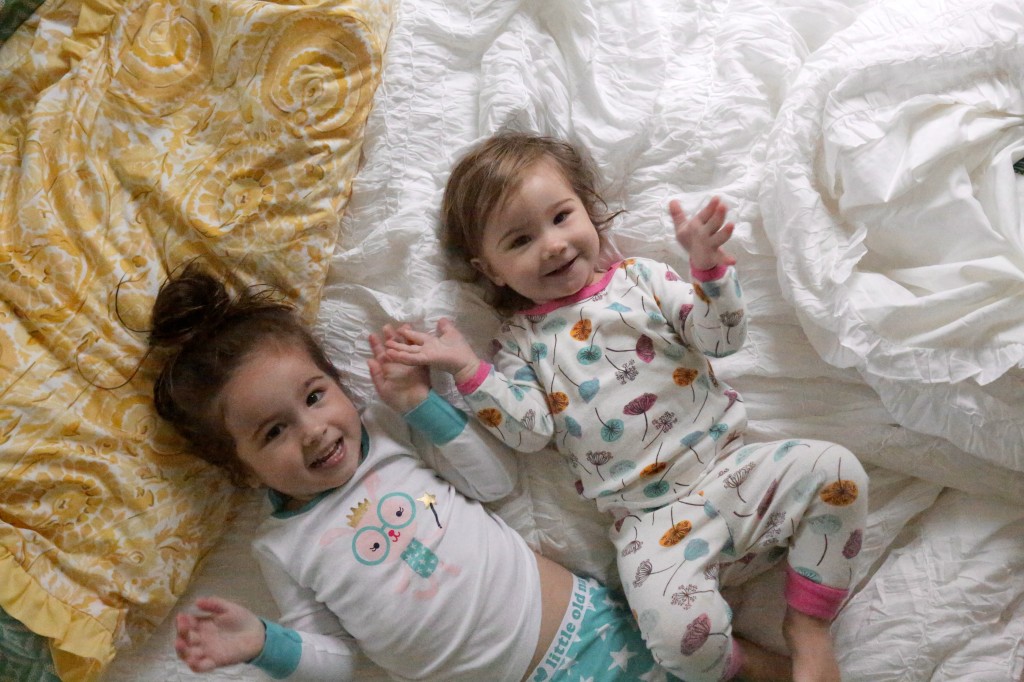 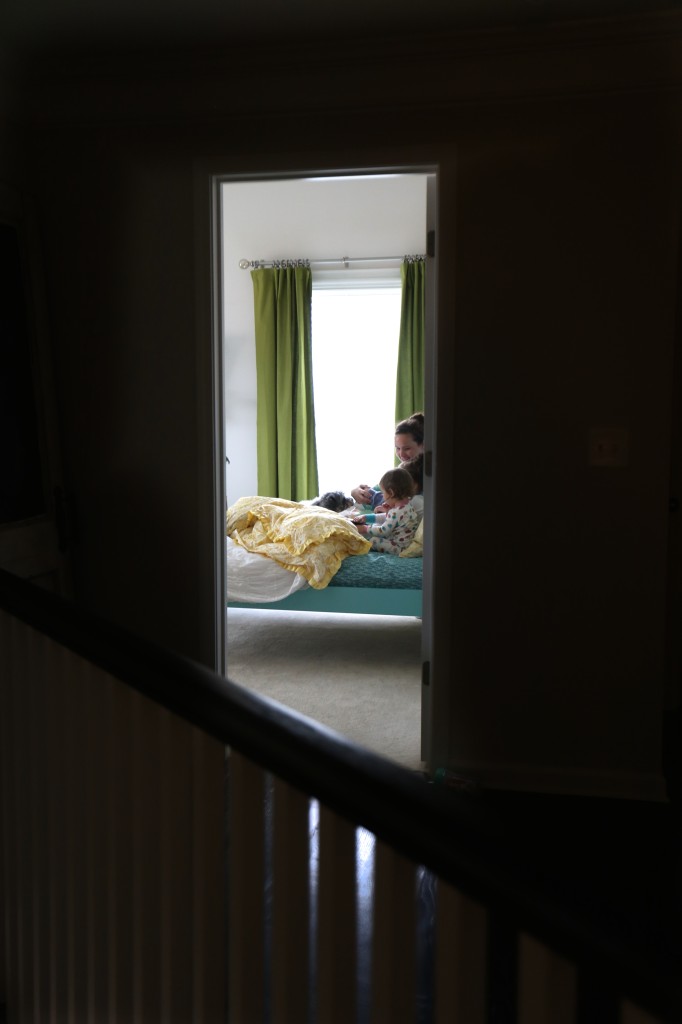 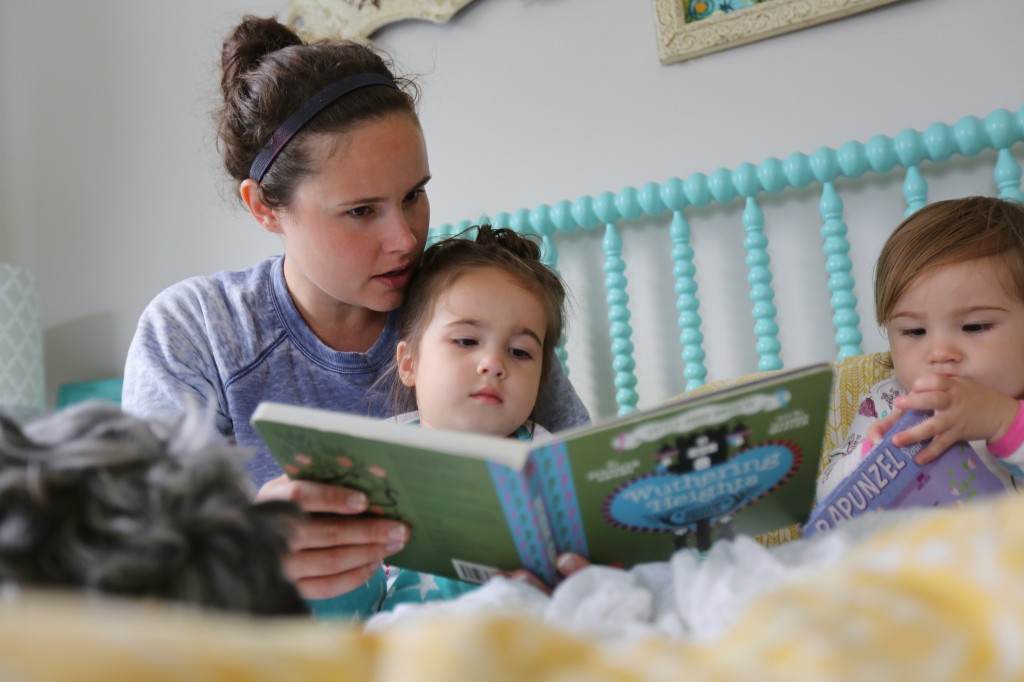 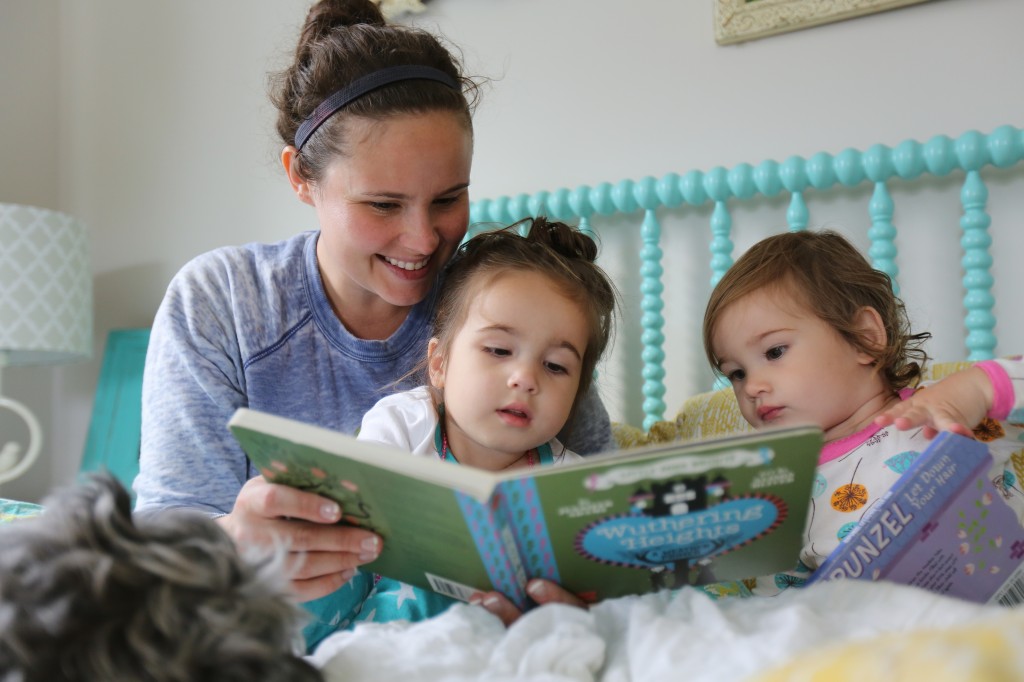 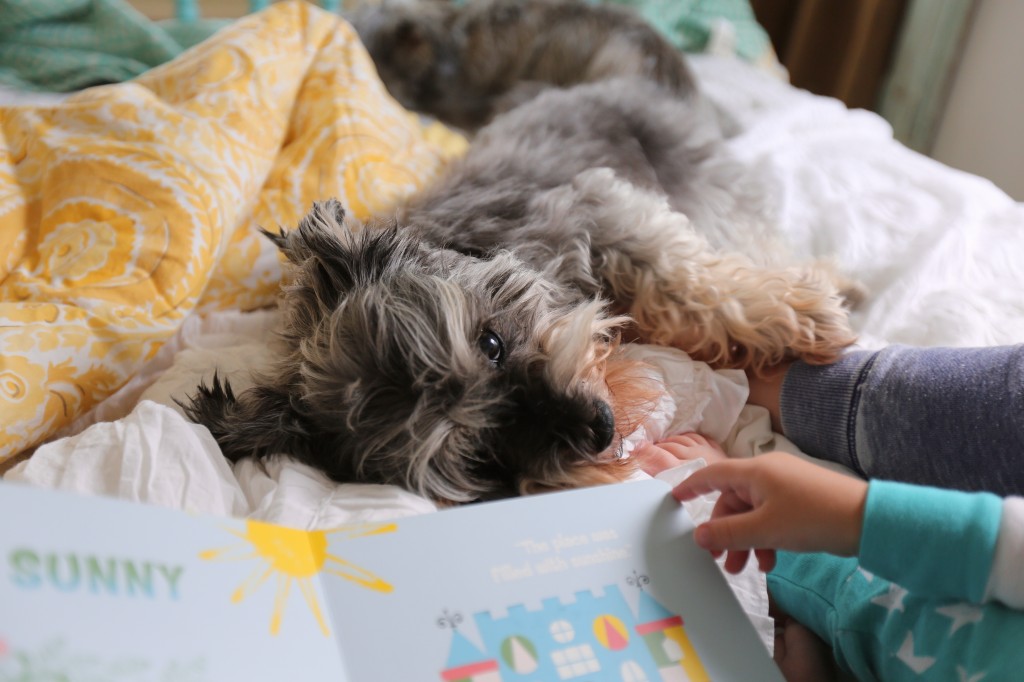