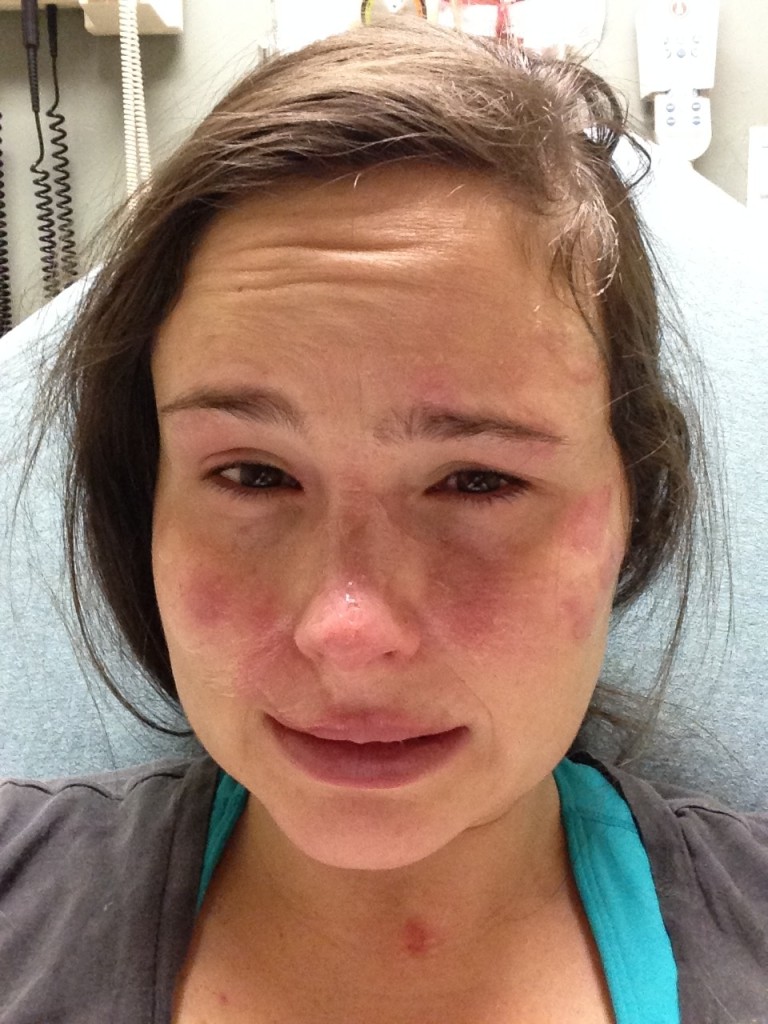 If you ever think to yourself,  “I’m having the worst Valentine’s Day ever,” just stop. STOP. You’re wrong. Because I have officially had The Worst. (Valentine’s) Day. Ever.

I woke up early with the girls. E.V. had a wonderful night’s sleep, but Cricket had been up coughing from her bronchiolitis all night — meaning so were Ryan and I. I was tired but determined to make the day good regardless. I debated what to do for breakfast, thinking that possibly I’d force Ryan to be miserably awake with me to go get bagels. But then I thought since it’s Valentine’s Day, I’d better be sweet and let him sleep, so I took the girls downstairs to make pancakes. Spoiler alert: Wrong choice. ;)

I got my cast iron skillet, filled it with oil and made some batter while a ravenous Emma Vance chowed down cereal as an appetizer. When everything was ready to get officially started, E.V. scrambled across the kitchen and up into her learning tower to watch me cook. It’s her favorite thing to do, and typically I keep her relatively close to my side so she can see. This morning however, I let her learning tower stay where it had been, off to the side and a little further back than normal. I decided that I would make our Valentine’s Day pancakes special, so  I poured the batter into a squeeze bottle and set to shaping up pretty heart pancakes. Halfway into the first batch, the squeeze bottle got clogged, so I opened it to clear out the top. It immediately got clogged again, so I squeezed it a little harder, thinking I could just squeeze the lumpy batter through. Wrong.

In a horrific instant, the bottled burst open, the batter hit the pan, and hot oil splattered everywhere. I had been leaning over the skillet (thankfully), so my entire face and both arms were covered with boiling hot oil. I say “thankfully” because otherwise E.V. would have caught some of the oil as well, but by God’s grace I blocked it completely from her…mostly with my nose. :/

I was in shock as my face and arms were burning. I had my mom brain going, so I turned off the stove and calmly and loudly called to Ryan that I was fine but needed help. Emma Vance started asking questions and I tried to sound upbeat as possible, even though my face was literally melting off. Ryan ran downstairs, a little confused as I had woken him from a dead sleep. I told him I needed to go to the ER, grabbed my keys and wallet and headed towards the door. As I left, E.V. smiled and asked, “Are you happy mom?” I said “Yep, I just need to run some errands!”

The drive to the emergency room was torture. Ryan wasn’t able to take me because he had to stay home with the girls of course, which turned out to be a blessing because as I drove I screamed. I screamed at every red light I got. I screamed every slow driver in front of me. I screamed as I thought about how it could have been Emma Vance whom I burned. Truthfully though, internally I was relatively calm, repeatedly thanking Jesus that it was me and not my sweet toddler in this painful situation.

When I pulled up to the hospital, I parked in the handicapped spot and ran as fast as I could yelling that I needed help. It turned out to be a super frustrating situation because despite there being no one in the waiting room and only one teenage girl ahead of me who had walked in maybe 10 seconds before I did, no one jumped to help me. I’m sure that teenage girl was very sick, however, clearly her viral cough was not as much of an emergency as my MELTING FACE AND ARMS, and the receptionist couldn’t have cared less about the severity of my situation. In fact, the first question she asked me was to see my insurance card. Seriously? I screamed at her that I needed someone to help me NOW, that my eyelids were burned shut practically, and finally a nurse emerged. He set me in a wheelchair and said that I would be okay. Of course I knew I’d be okay, but hello, Mr. Nurse, my face is melting off and the teenage girls cough was clearly can wait, mmmkay? There are a few more internal explicatives included in there, but I’ll let you use your imagintion, haha! Even though the emergency room was not busy at all, I sat there for probably about 10 minutes. That part was horrifying and inexcusable. When I finally was admitted, though, I do have to say that the doctors and nurses who helped me were wonderful. I got a shot of Dilaudid for pain, ice packs for my arms and a lot of sympathy. The nurse cleaned my blisters and applied some heavy duty ointments and wrapped my arms.

By this time Ryan’s mom had arrived to take care of the girls, and he had come to the ER. I felt so bad. What a Valentine’s Day to give him! Haha!

I left the emergency room a few hours after having arrived, groggy from the pain medication and pretty miserable. I have second-degree burns all over my arms and face, and my nose took the brunt of it. It’s funny that my nose is the worst (the skin is missing in several patches — ouch!) because it’s my favorite feature. So much for vanity, right?? ;) Thankfully some iodine and a UV light showed that although my eyelids are burned, my eyes themselves are good. There’s not much to be done for second-degree burn apparently, except for pain management and trying to help it heal in a way so that it doesn’t scar very much. I’ll be seeing a burn specialist this week to help in that process, as well as my personal dermatologist. Womp womp.

Since I’ve gotten home, it’s been pretty hilarious to hear E.V.’s honesty about how I look. She’s told me that I look “scary,” screamed “AHHHH!” while looking at my face, told me to wipe the ointment off, that the medicine is “yucky.” I love her all the more, and, well, I can’t blame her for her honesty — I blame Ryan, whom she got it from! In fact, Ryan walked into the ER and one of his first comments was, “Well, those burns on your face are definitely going to leave a scar.” Ha! I’d be upset, but you’re already stuck with me for life, buddy! ;)

It’s funny how life can change in a second. After our little car accident in December, that idea became very apparent to me, and I was reminded of that again this morning. Valentine’s Day has never been my favorite holiday, but I’m pretty sure that this experience sealed the deal as it being my least favorite. Valentine’s Day 2015 will forever be remembered as the day I became Freddy Krueger. I’m joking of course, and am thankful that it was me and not my toddler who was burned. However as vain as it sounds I would definitely appreciate any prayers or advice anyone might have so that I don’t end up being Talie Scarface for the rest of my life. ;) 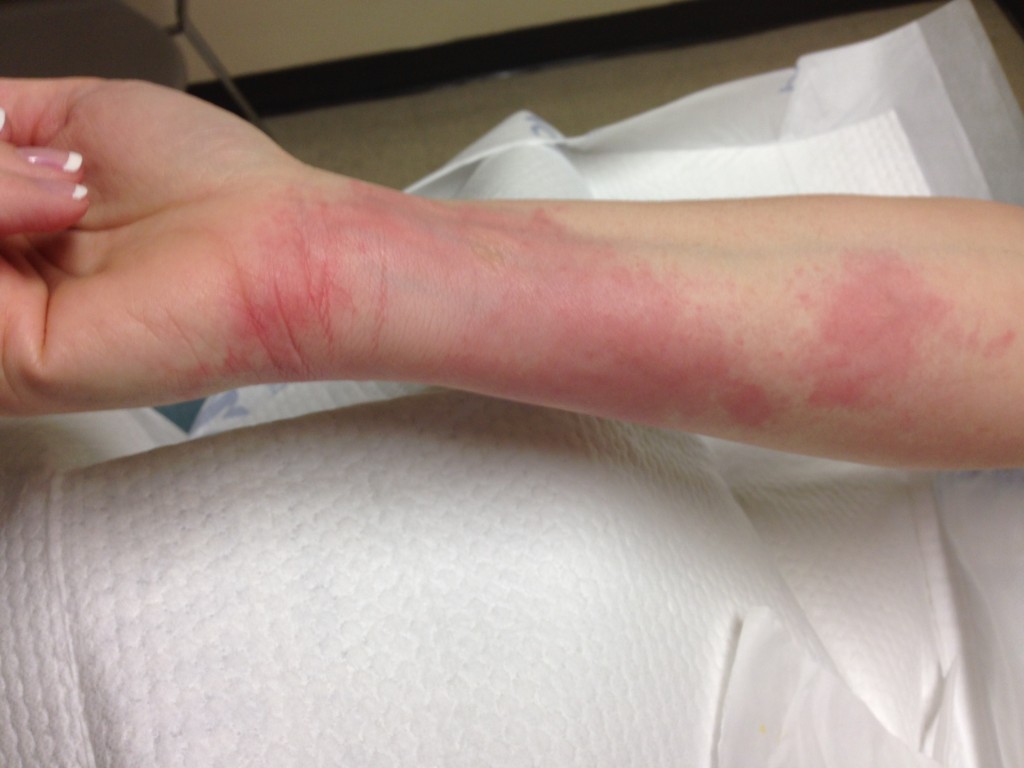 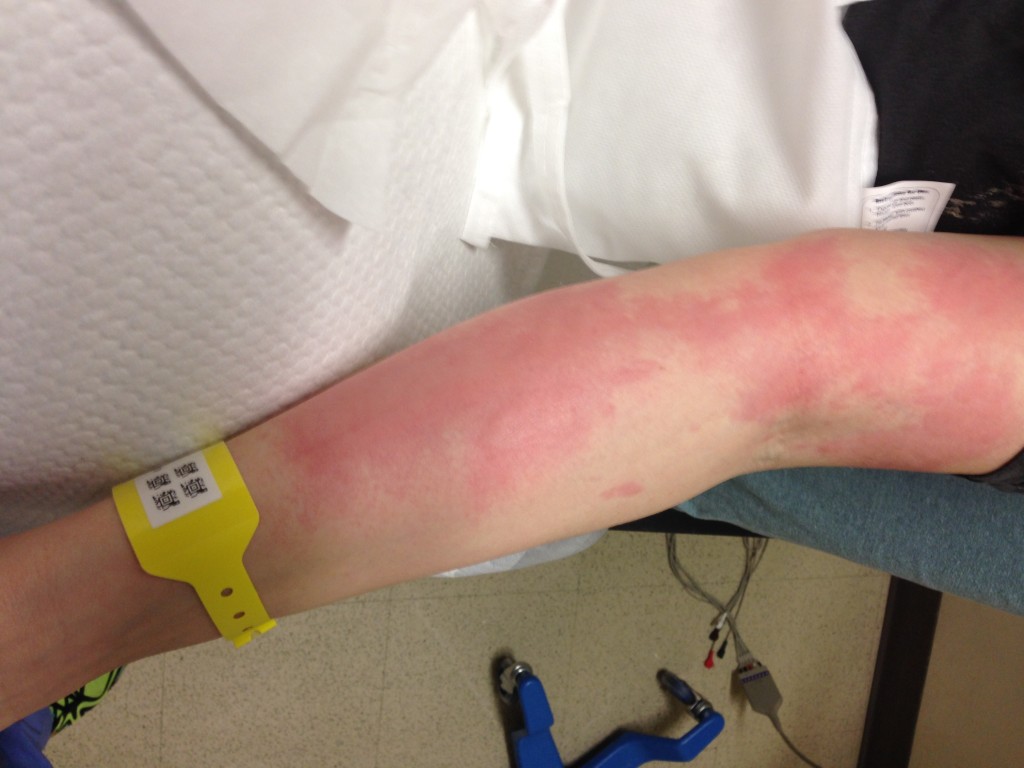 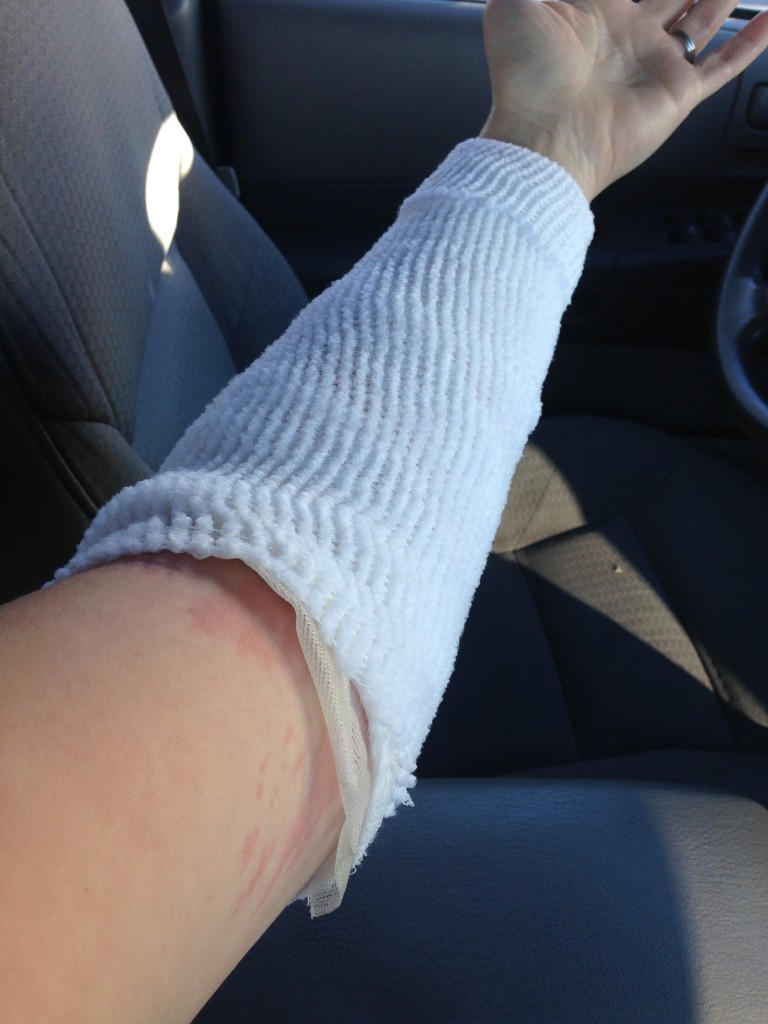 Here’s how I look eight hours later. Unfortunately those yellow patches are where I have no skin, where the iodine from my eyes stained my flesh. Yeesh. At least the first-degree redness has settled a bit… 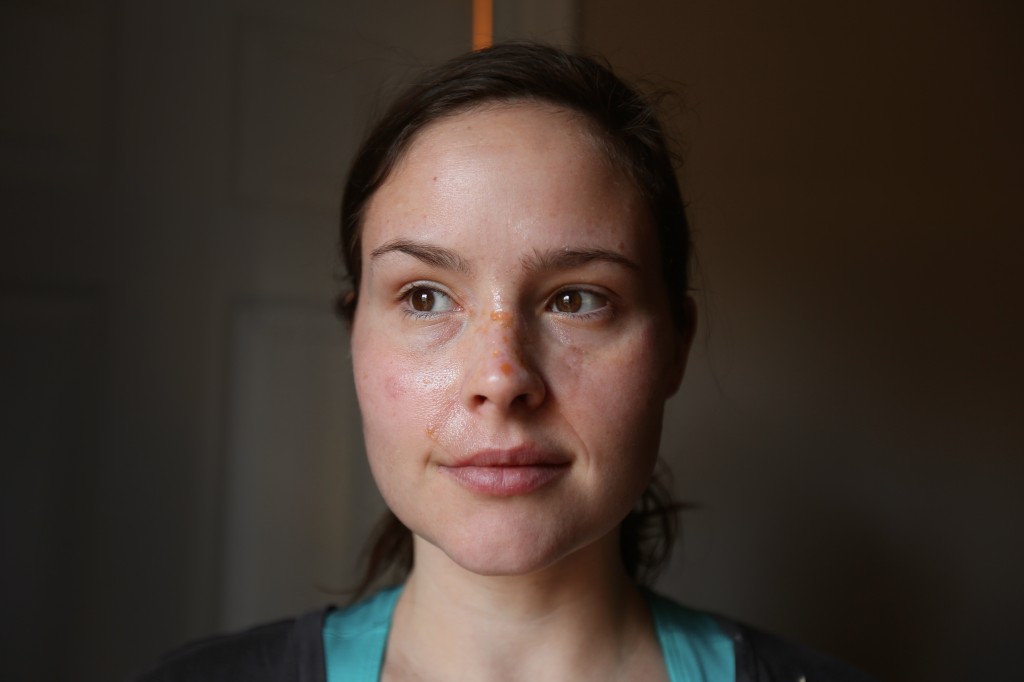 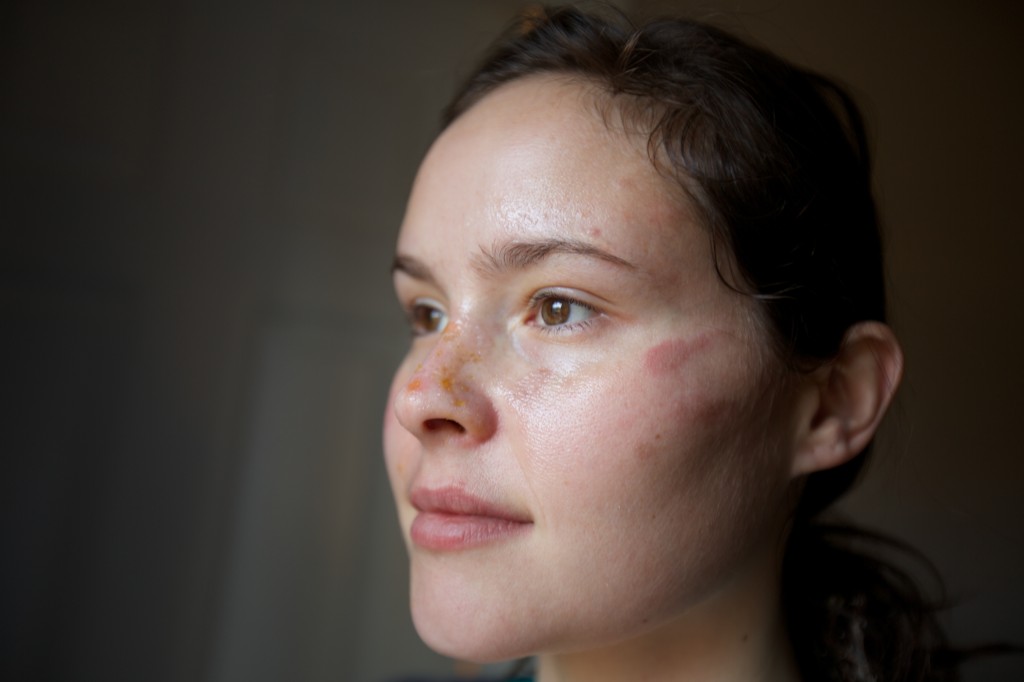 How was the rest of our Valentine’s Day, you ask? Oh, nothing too special, just the same ol’, same ol’! ;) 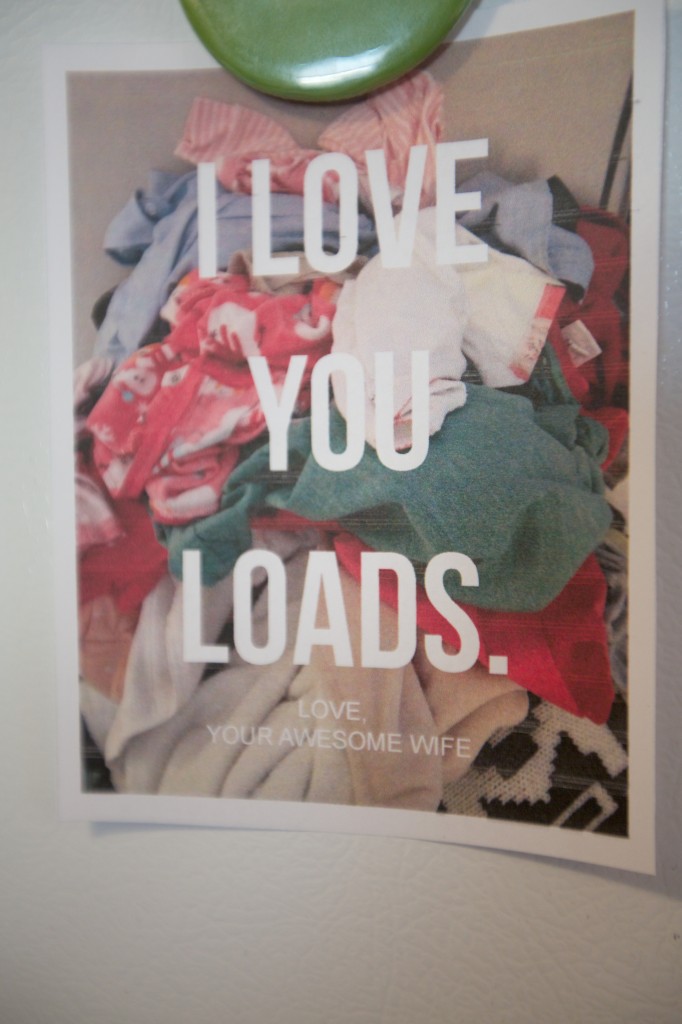 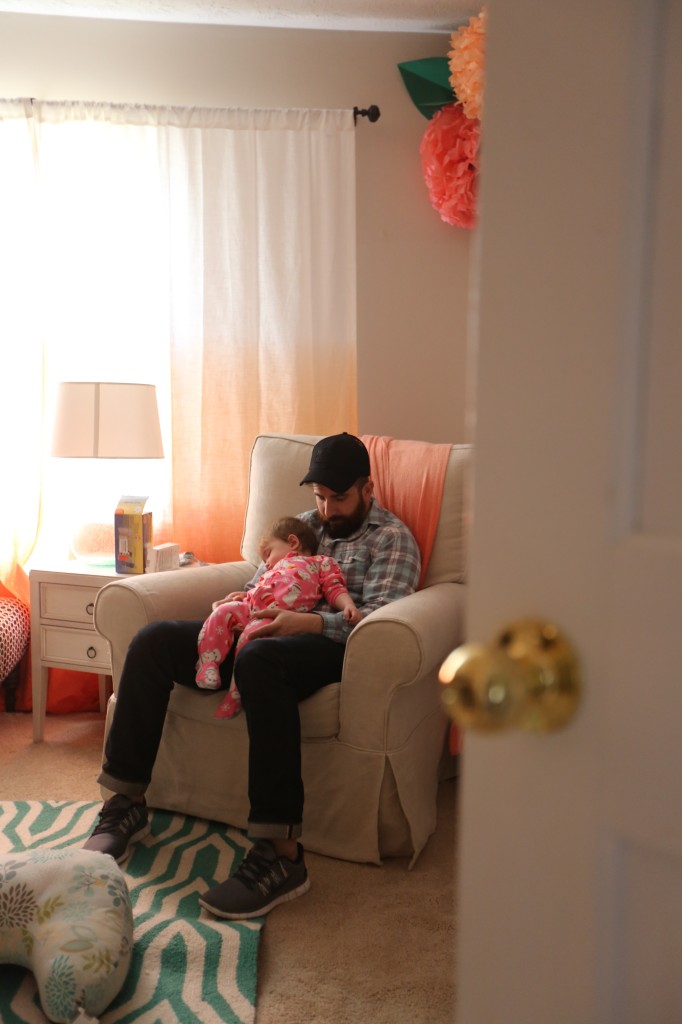 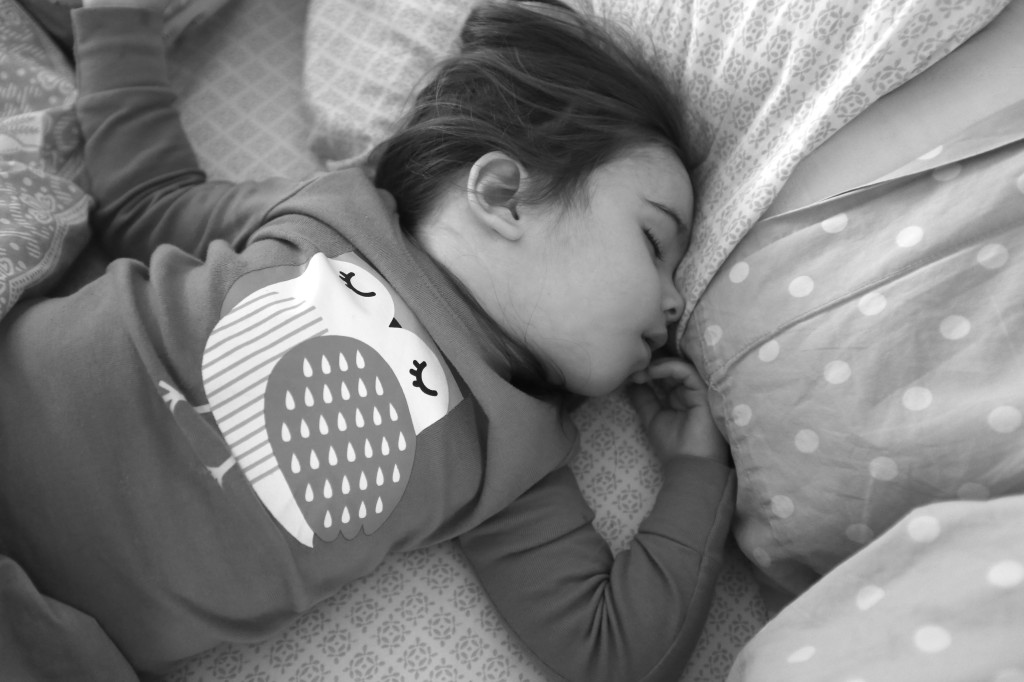 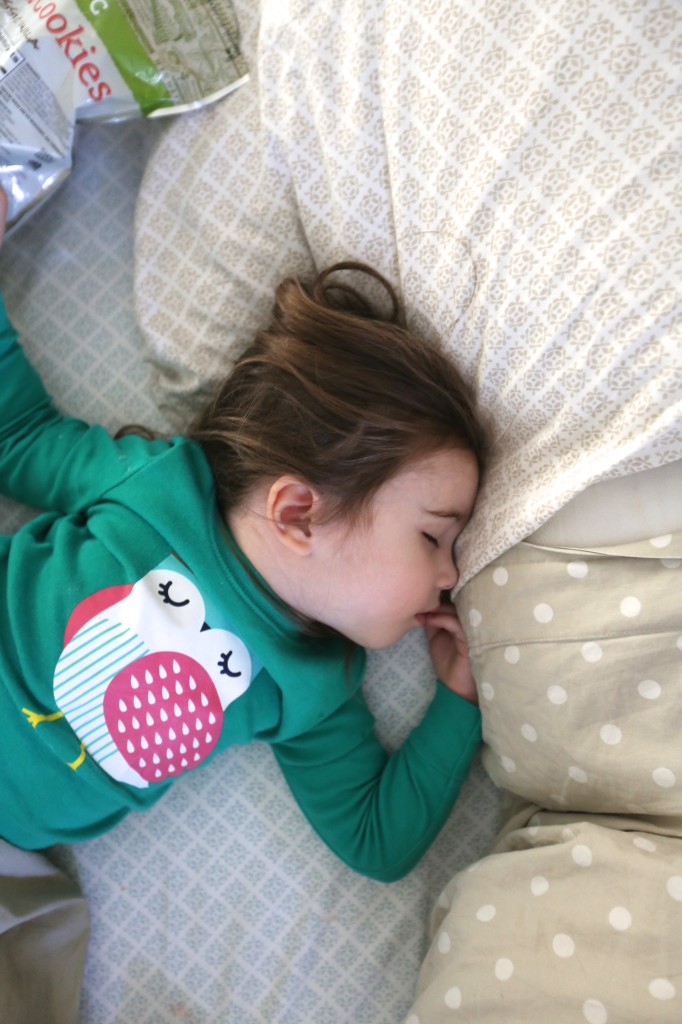