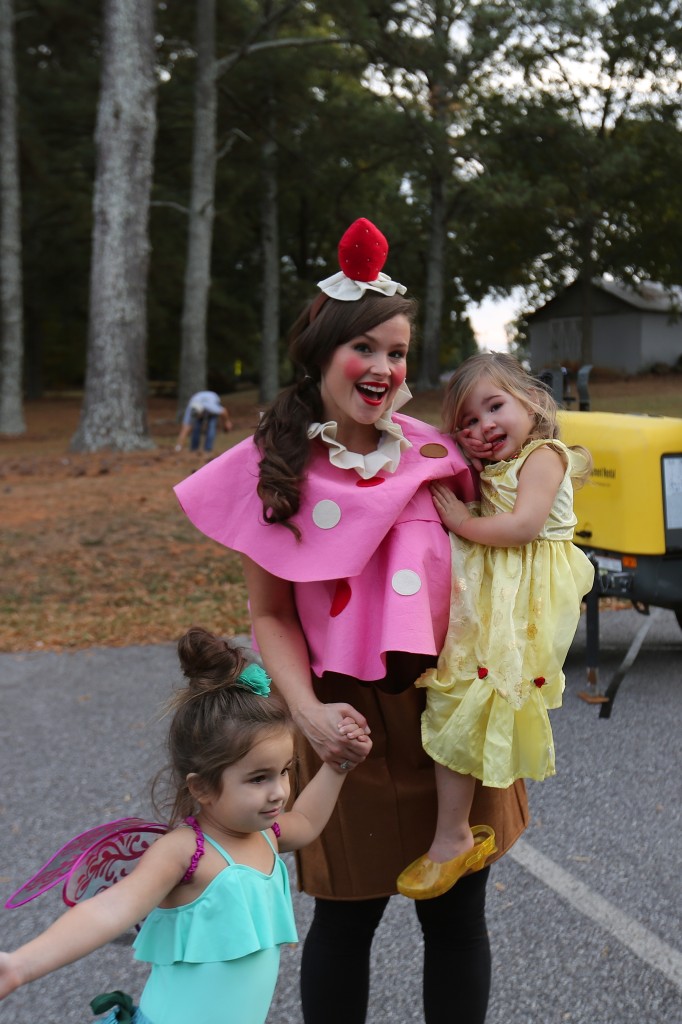 Last night was “Preschool Halloween” (aka Trunk or Treat), and my girls couldn’t have been more excited. It was the first of the major Halloween events for the year, and so the energy at our house all week has been building. For Real Halloween, the girls and I agreed on Real Costumes long ago, but for Preschool Halloween, they got to choose their outfits completely on their own. For the past few months (yes, we talk about costumes that far in advance) Cricket has pretty much consistently wanted to be Belle (which is a dress that we thankfully already own). Emma Vance, on the other hand, has come up with about one million costume ideas leading up to last night. Ninja, ballerina, Rapunzel ballerina, Poison Ivy, Belle, a shoe, a fairy…until finally yesterday afternoon it was time to decide. As she was making her final vision come into focus, I just happened to be pulling out my costume, an old cupcake outfit I had from my days working at Pottery Barn Kids, and casually found another old costume of mine — a peacock. Instantly a Peacock Fairy became a “thing.” So E.V. went as a Peacock Fairy. (Hey, I don’t ask my creative preschooler too many questions when it comes to her imagination.)

We had a wonderful time trunk-or-treating with our babysitters in tow to wrangle the littles, and lots of candy was collected. The girls ate a bit, and then Ryan and I took the remainders last night and hid it. This morning E.V. was excited to see if The Halloween Witch (aka The Switch Witch) had left her a toy since her candy was gone, but I told her that I had spoken with THW when she came for the candy last night and that she was going to bring the girls two presents on Halloween instead of leaving one this morning. This didn’t satisfy Emma Vance, who promptly insisted I call THW and let her speak to her. Thank goodness for dear friends who are good at playing along, Danielle Engert, Halloween Witch in a Pinch. ;)

Now onto the rest of the weekend’s Halloween festivities! 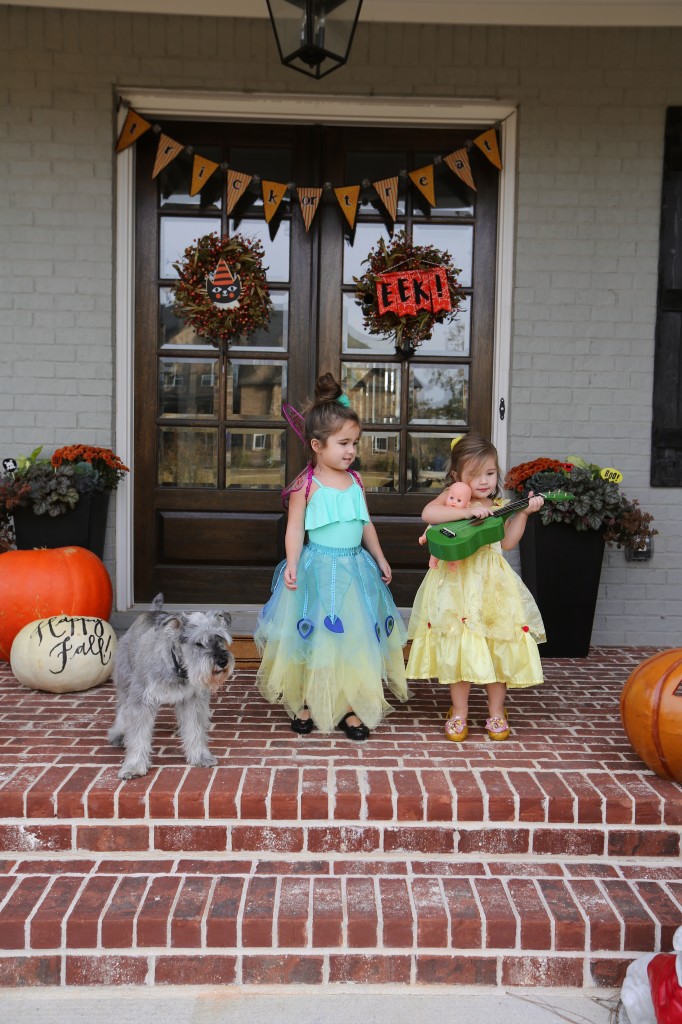 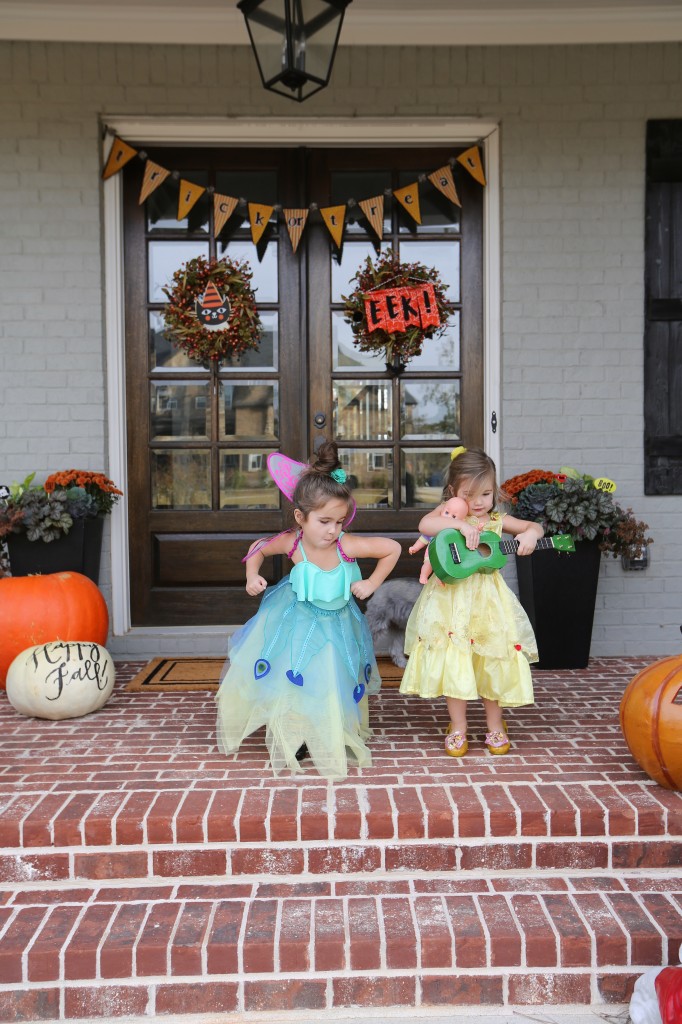 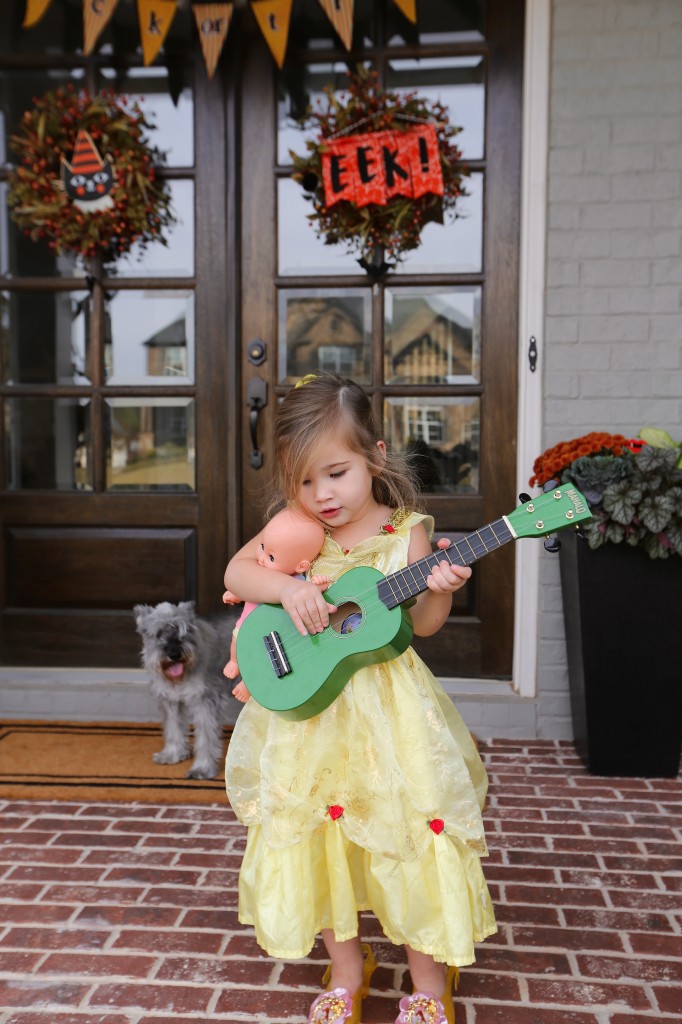 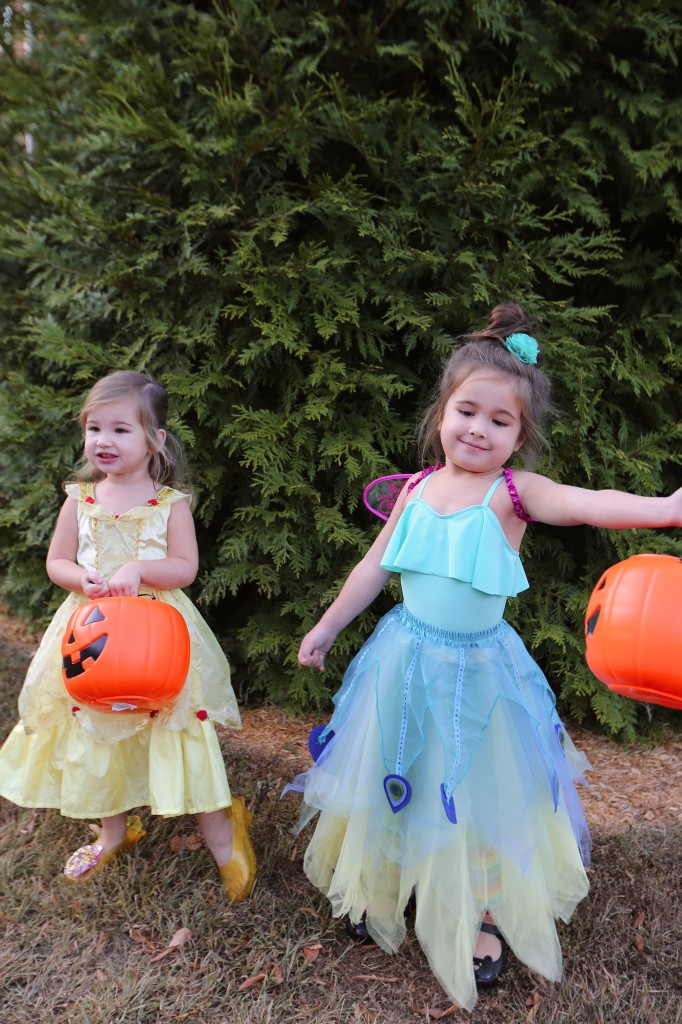 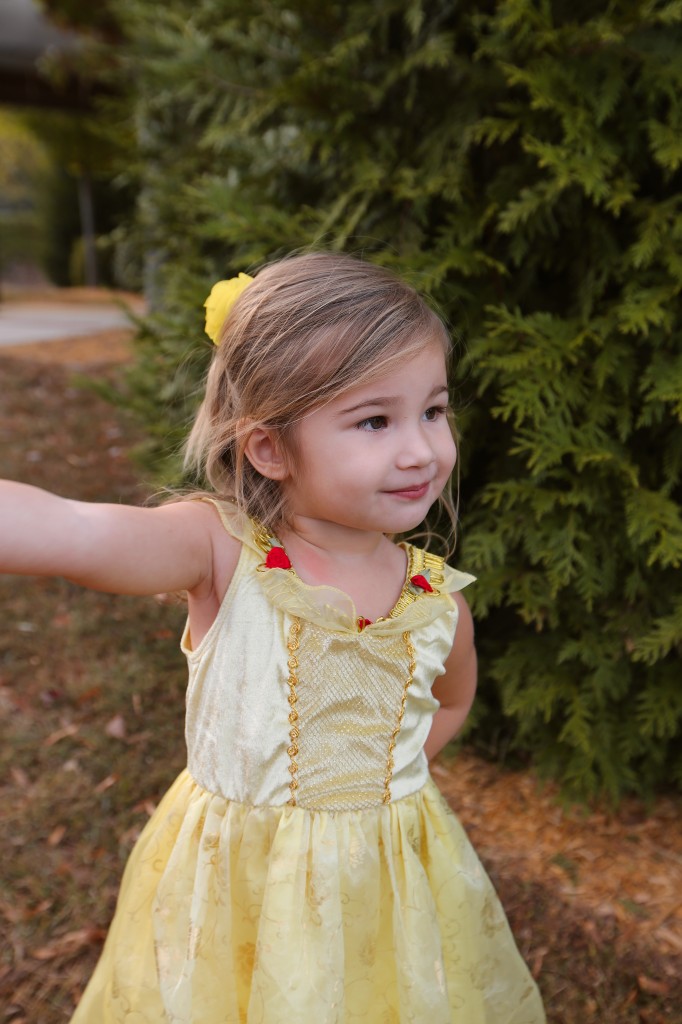 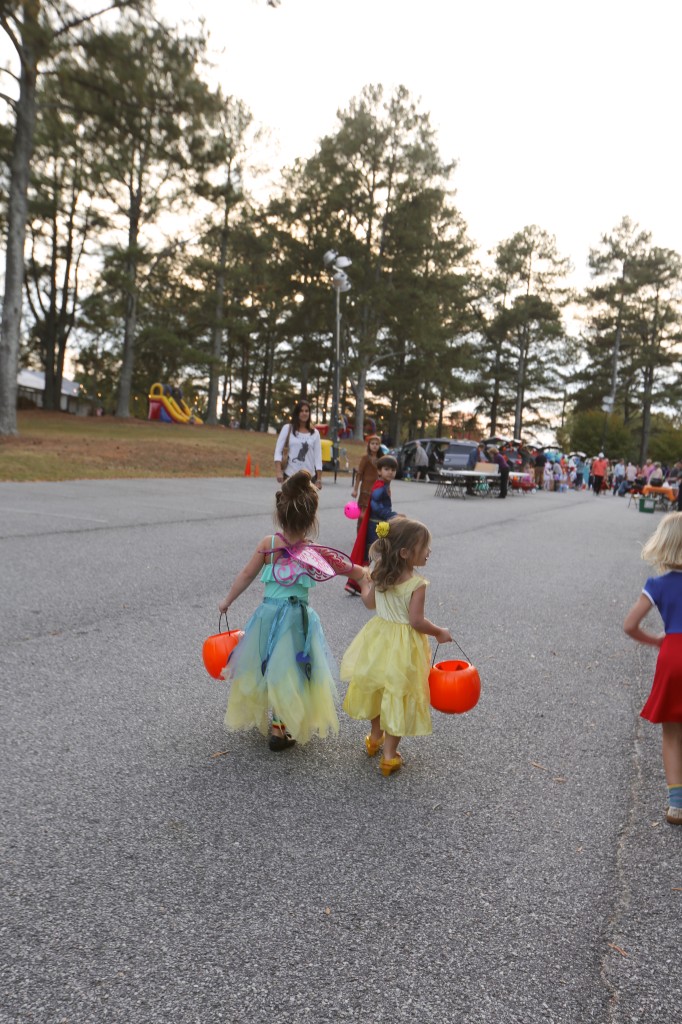 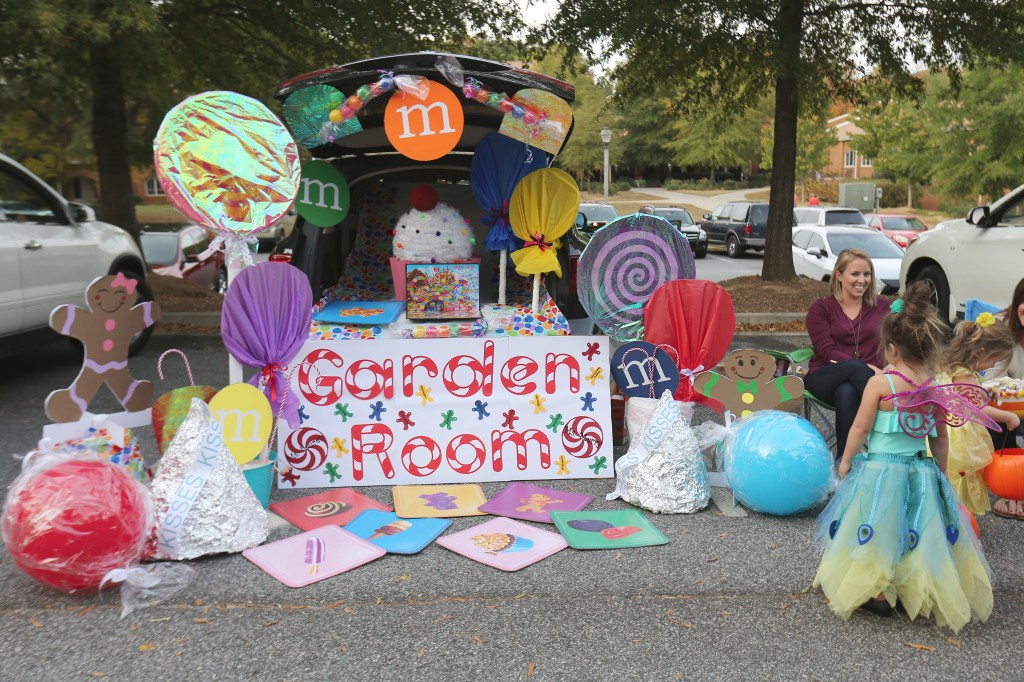 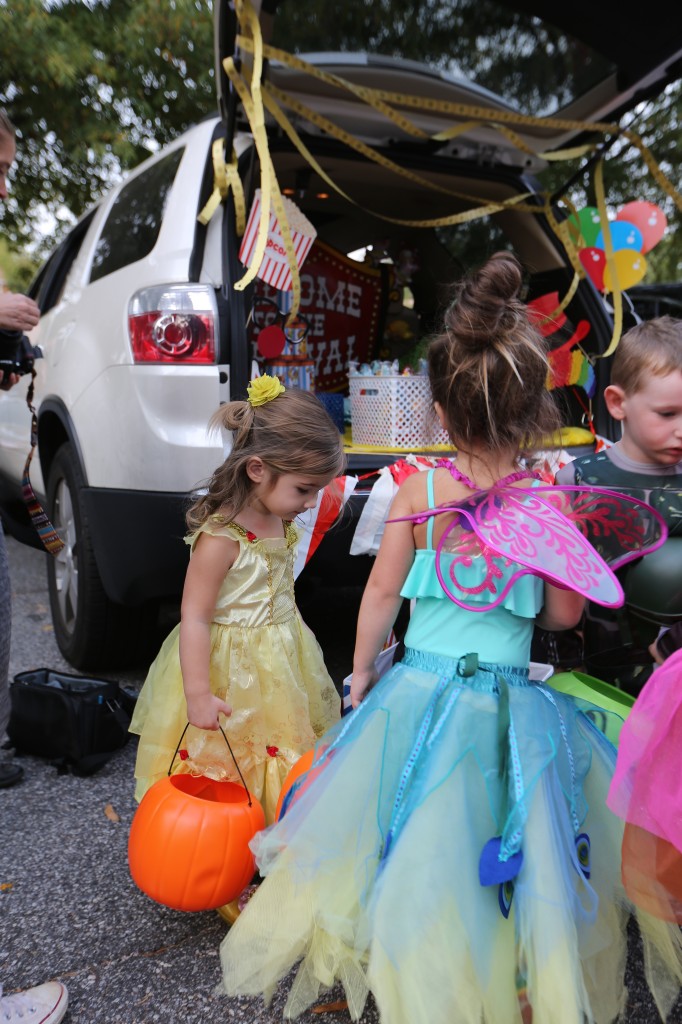 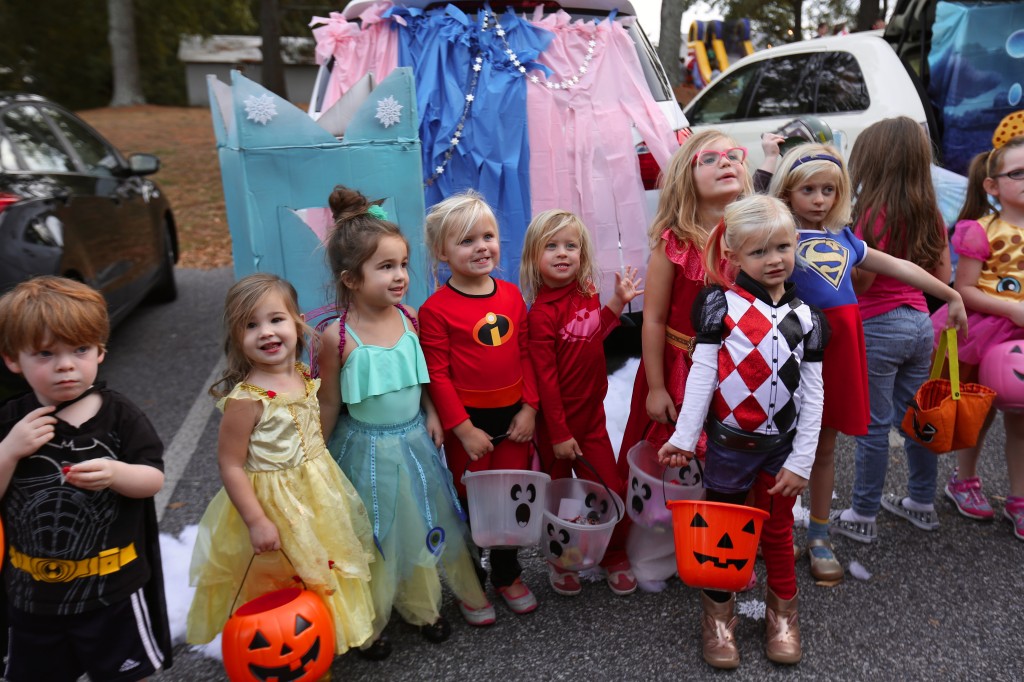 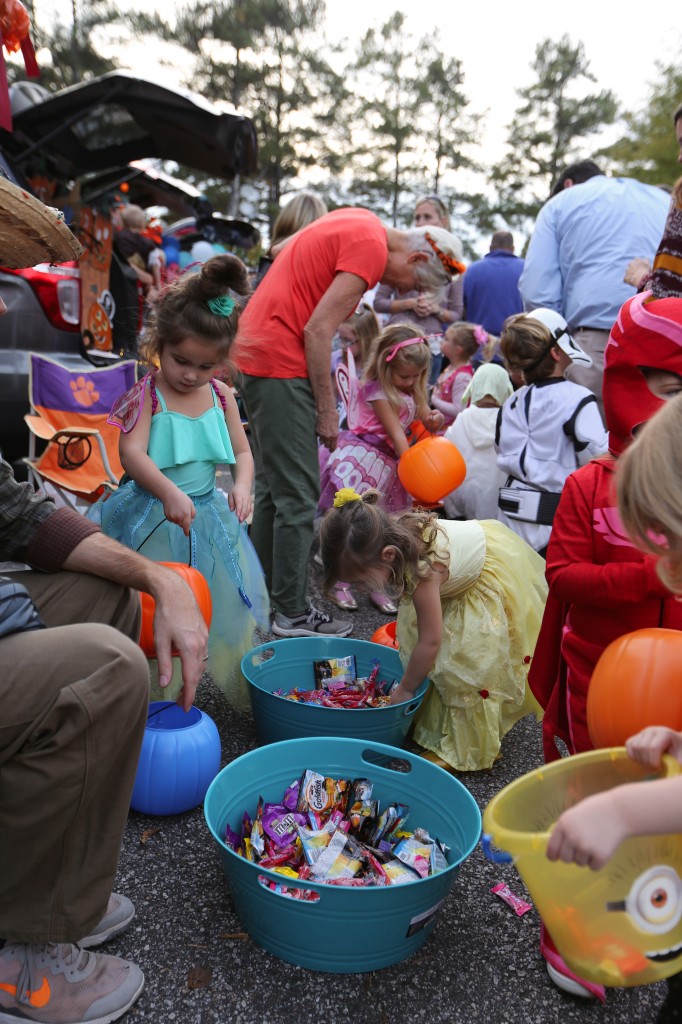 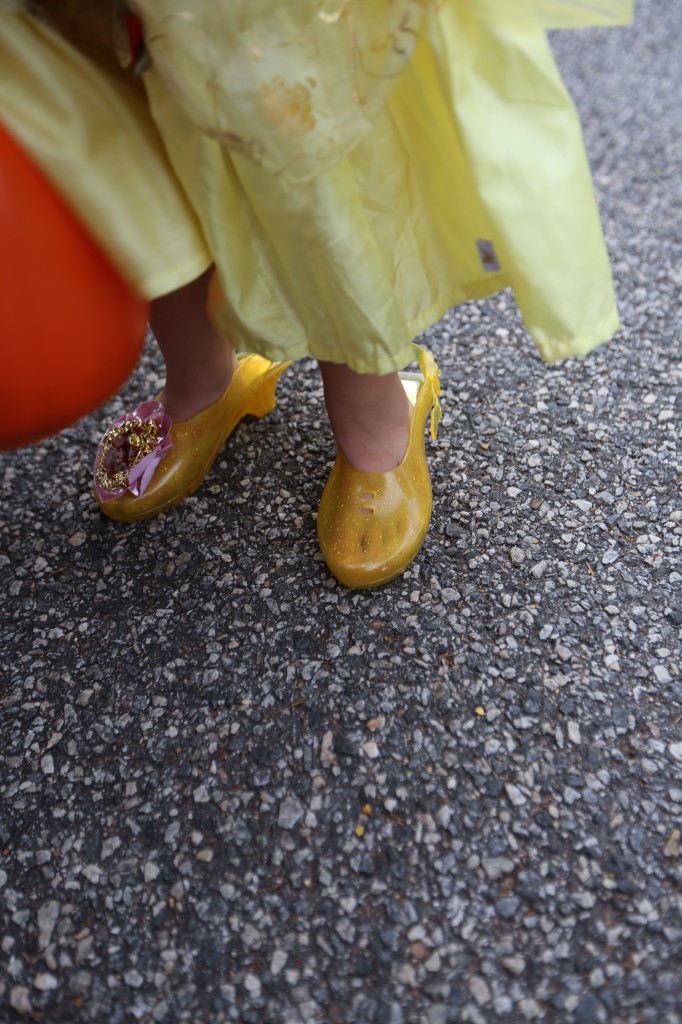 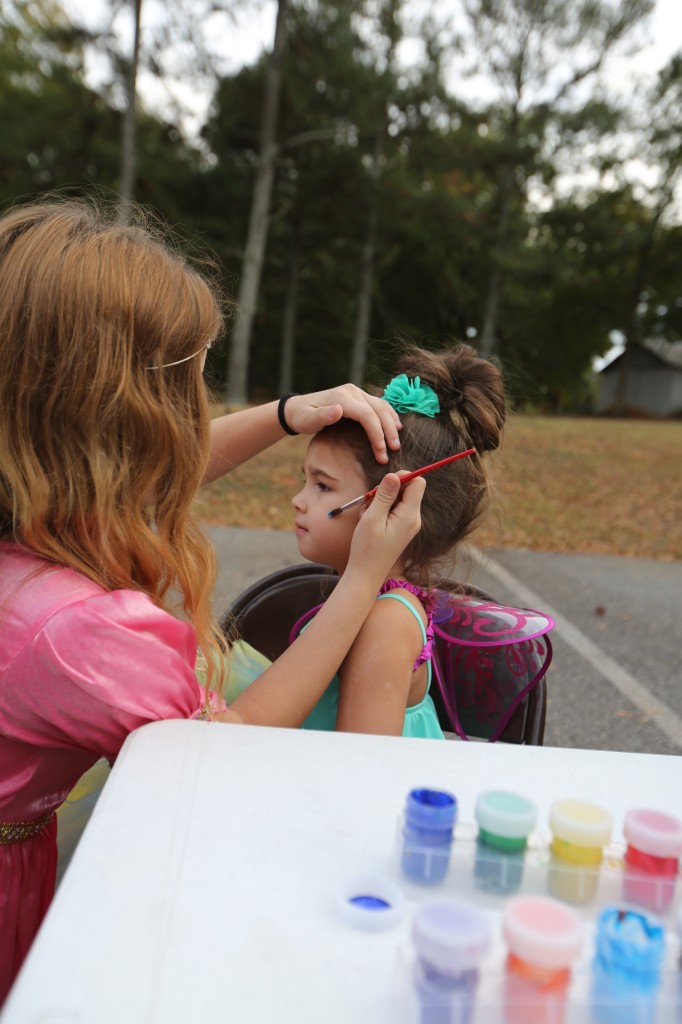 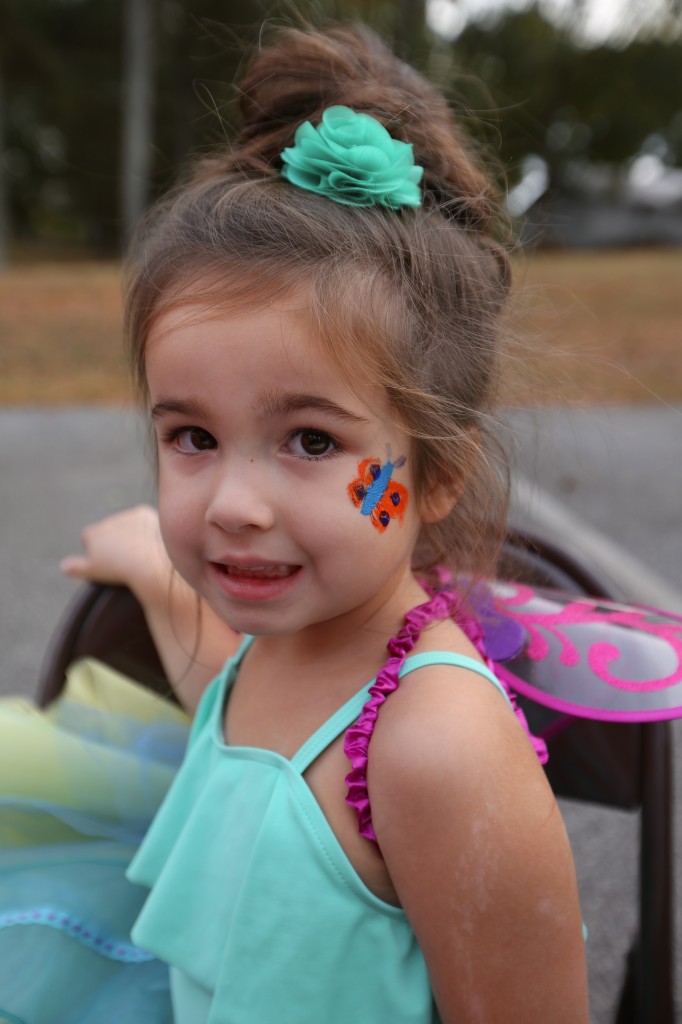 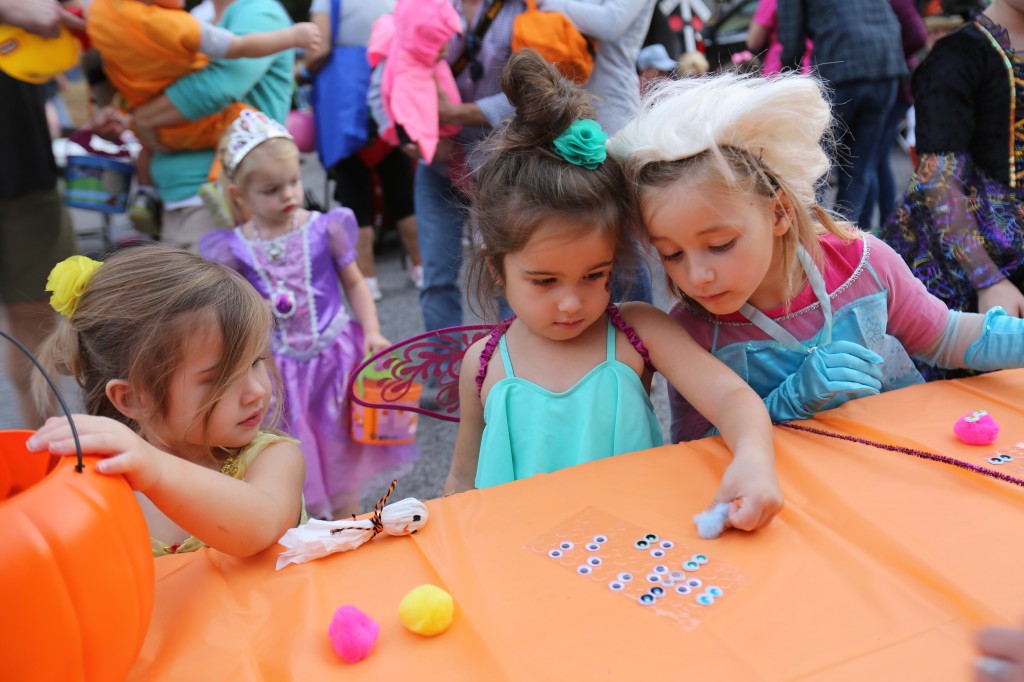 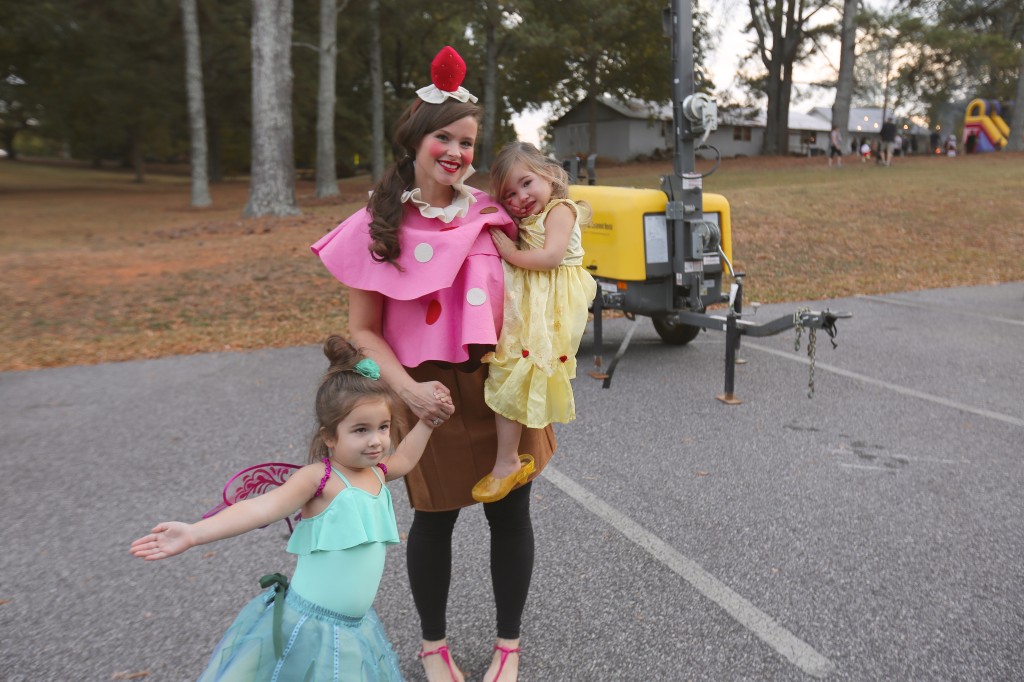 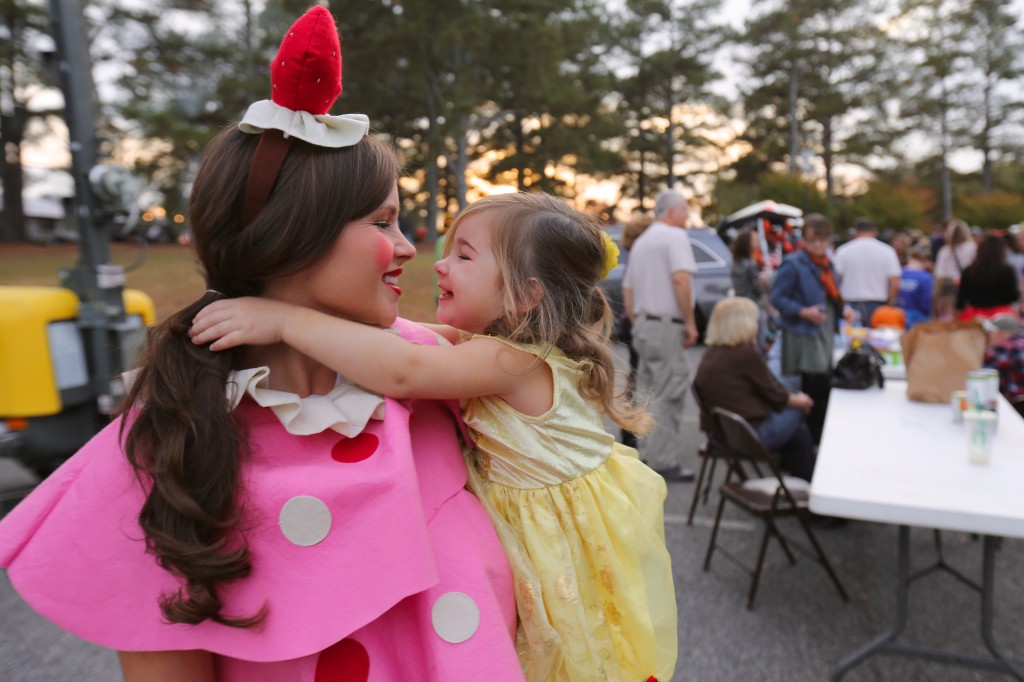 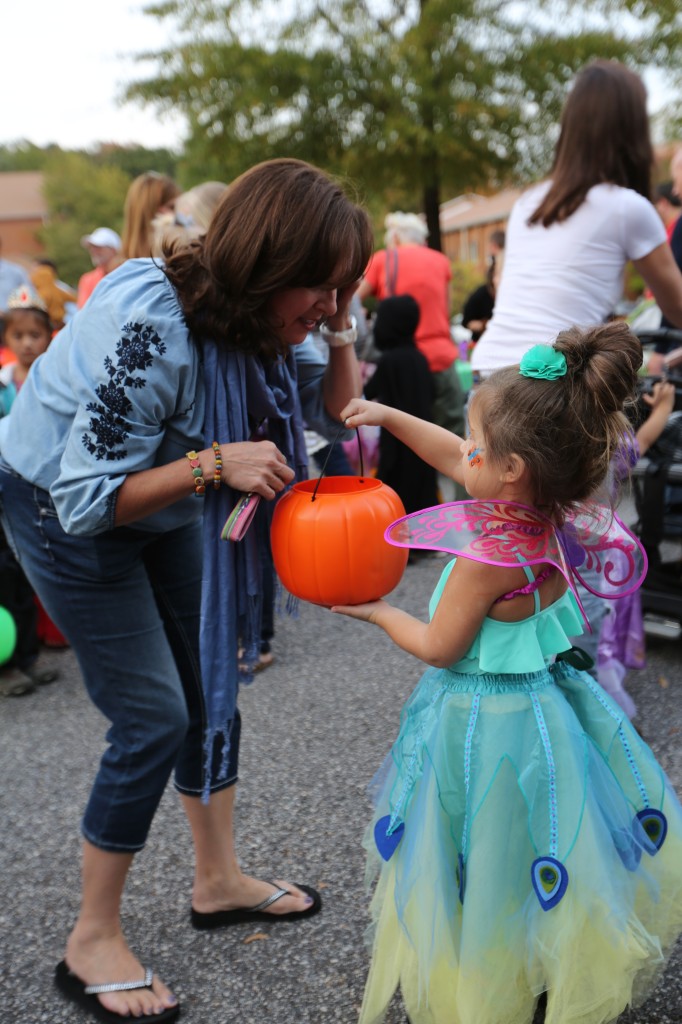 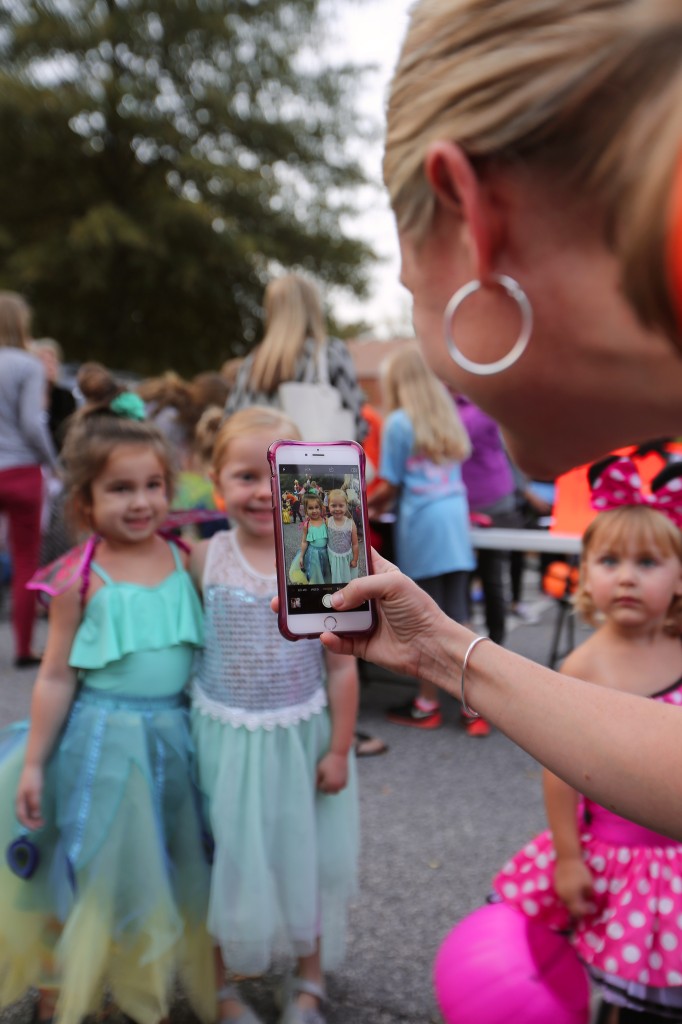 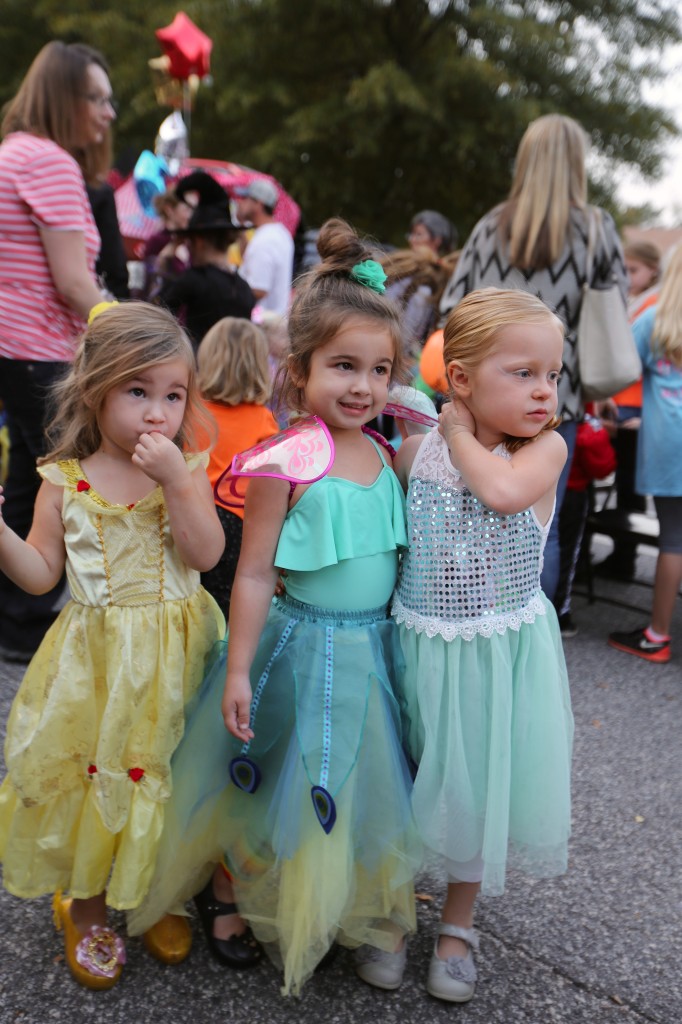 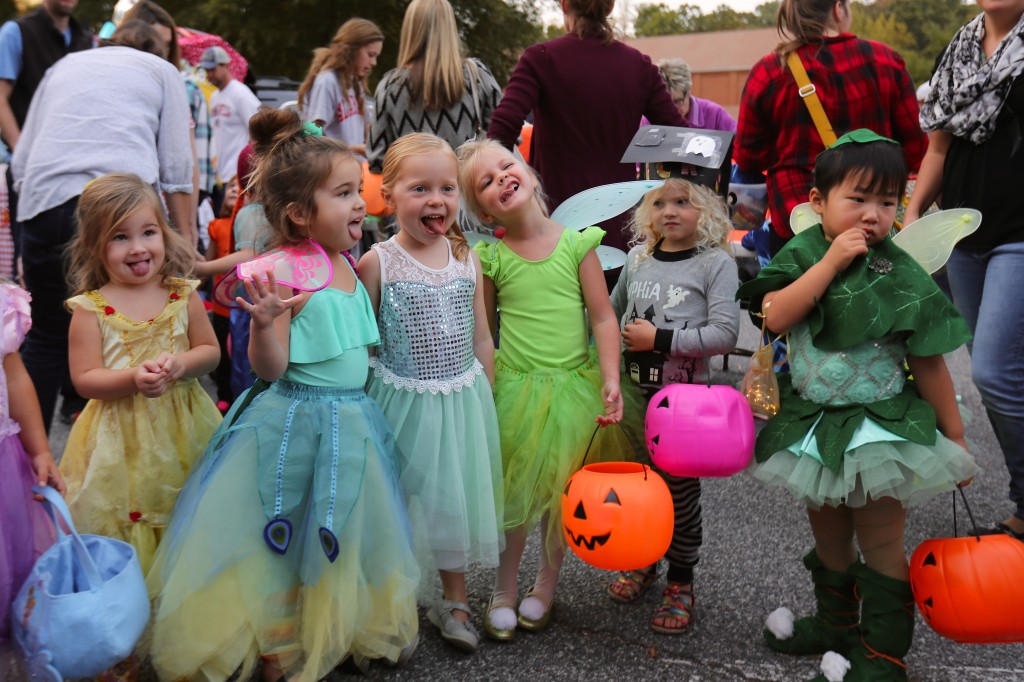 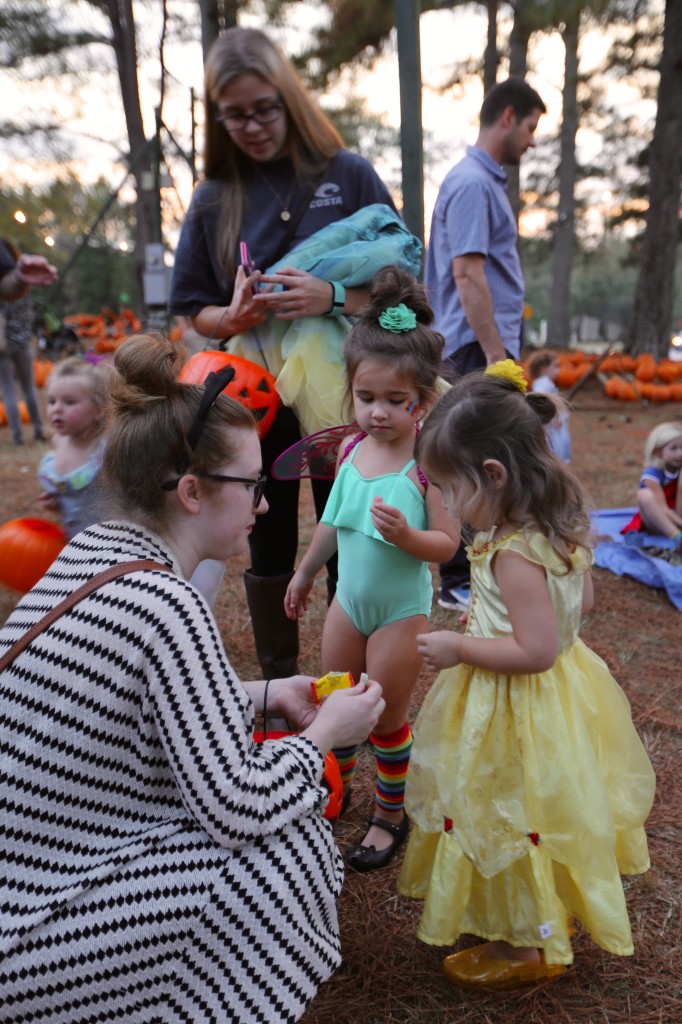 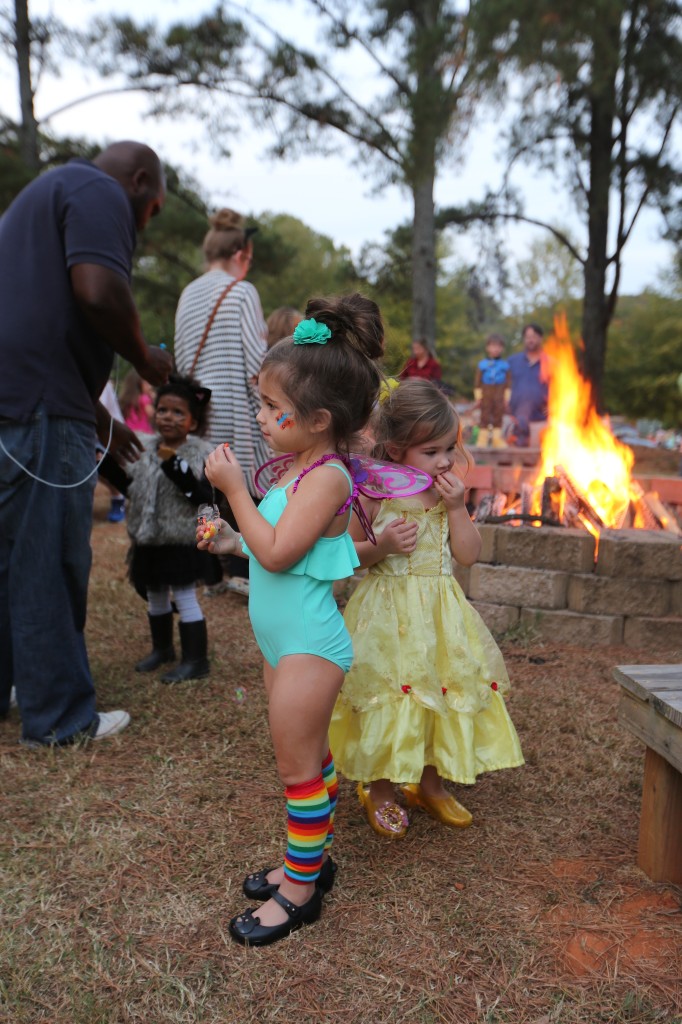