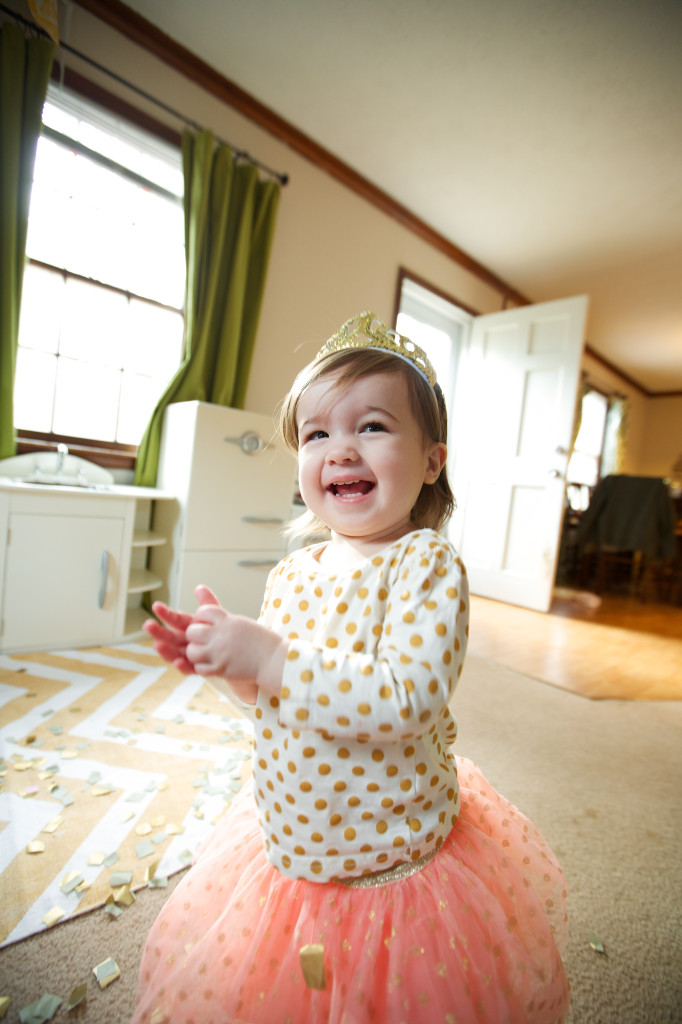 Hello, 2014! There are so many wonderful and exciting things I want to share with you, New Year, but first let’s talk about yesterday.

Although we knew Emma Vance would stay up a little later than usual for last night’s NYE festivities, we weren’t going to try to pull a midnight-er with her. Knowing this, I still wanted to celebrate New Year’s Eve with our little lady, so instead Ryan and I staged a midday countdown for her. Our gender reveal pull-string pinata was hangin’ out in the garage, so a bit of homemade gold tissue paper confetti gave it new life. And, man, was that new life entertaining! We let Emma Vance pull the string herself which was a thrill in its own right, but the confetti fun lasted way longer than a typical NYE kiss. :) She insisted on continuing to countdown (“One! Two! Yay!”) and force us to drop handfuls of confetti of her for nearly half an hour, and when it was time to clean up, she insisted her bulldog was the one who made the mess. :)

To celebrate the actual ringing in of the New Year, we spent the night hanging out with our small group. In a nutshell, there was pizza followed by Oreo goodness, toddler dancing (mostly E.V.), a prolonged hug and subsequent flashing shared between my daughter and another little boy (we’ve got about 13 years to work on that…), Ryan playing mixologist for the night (and, yes, new drinks were successfully crafted), and Cards Against Humanity. For obvious reasons and to protect the reputations of those involved (hahaha), I’ll leave out the details of our CAH game, although Ol’ Talie Shove did take a surprising early lead (and then immediately lost it once Mr. Mixologist served a round of an apparently very tasty cocktail to everyone but the baby bellies). Overall, despite the 7:15 a.m. wakeup call that followed our fun evening, it was a pretty darn good New Year’s Eve and a perfect way to usher in 2014. 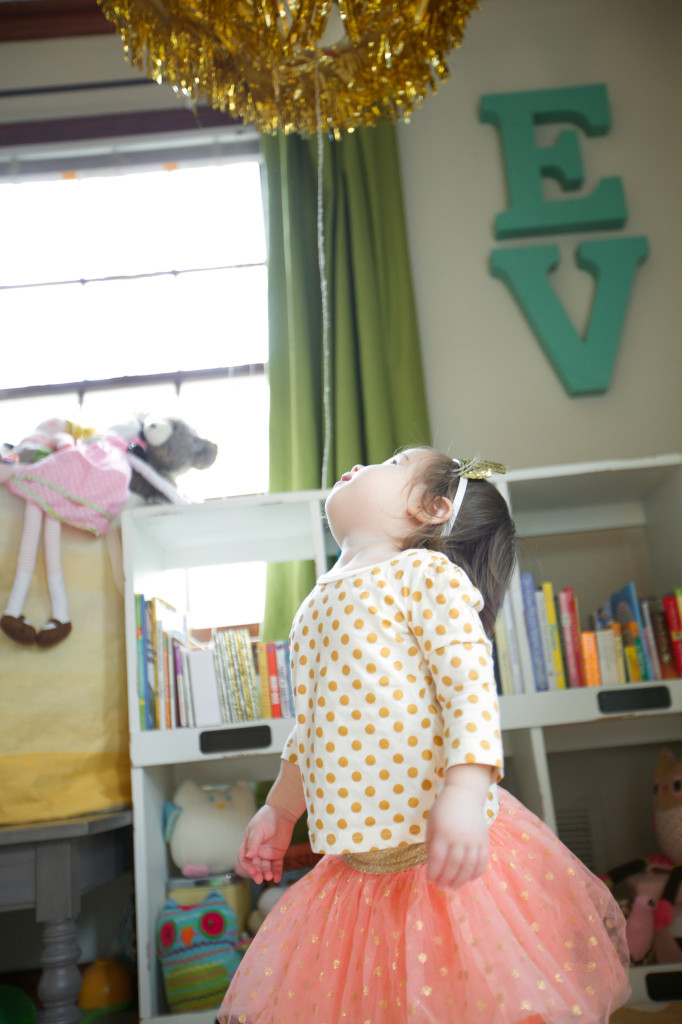 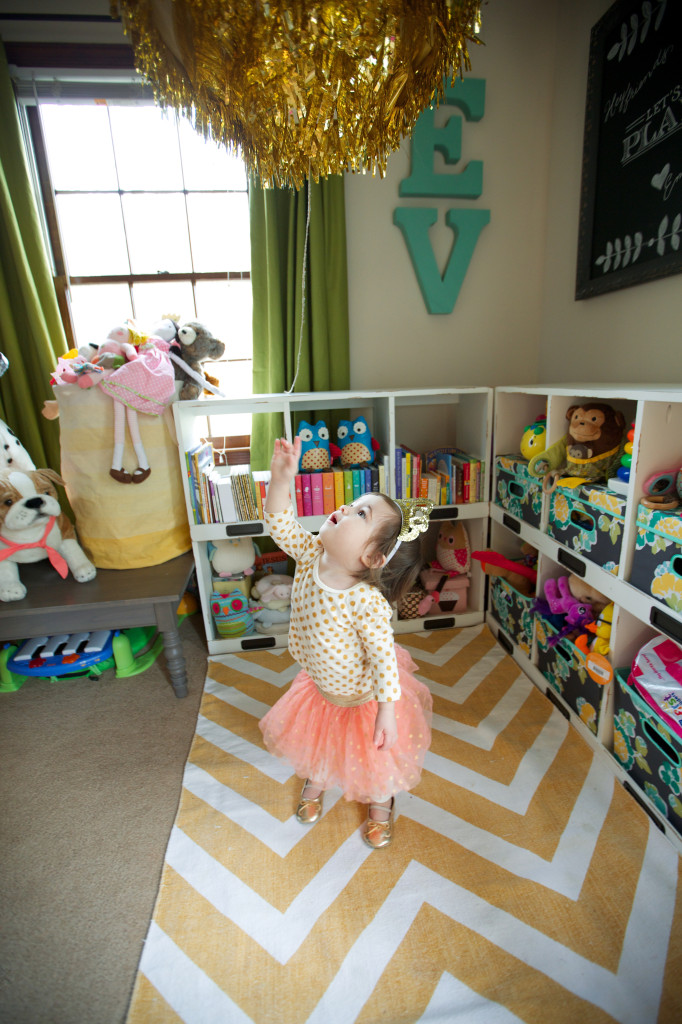 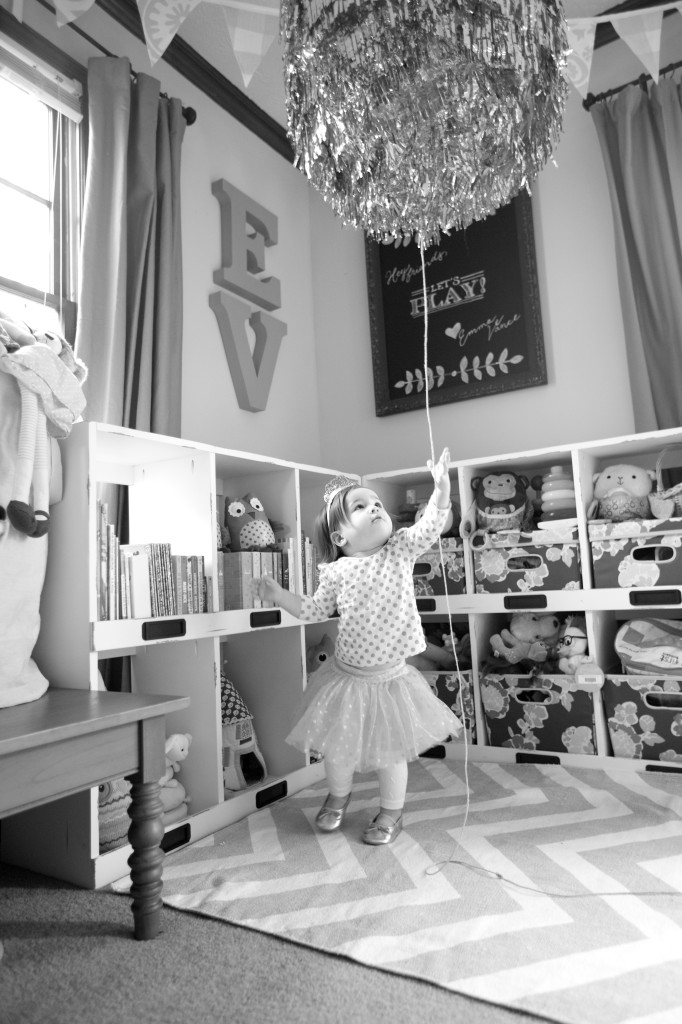 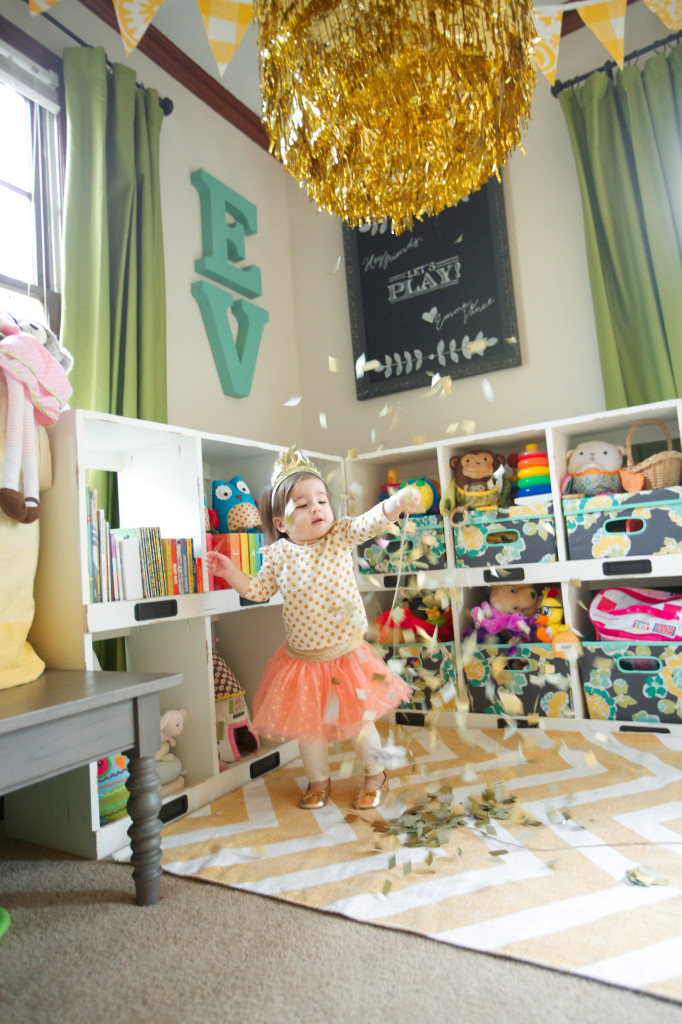 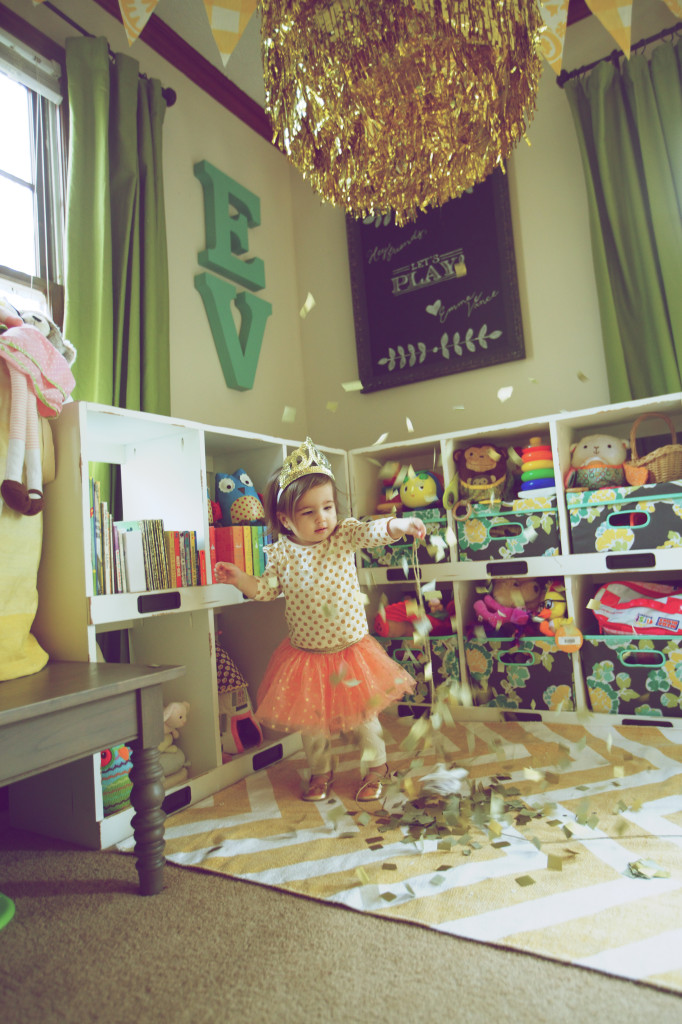 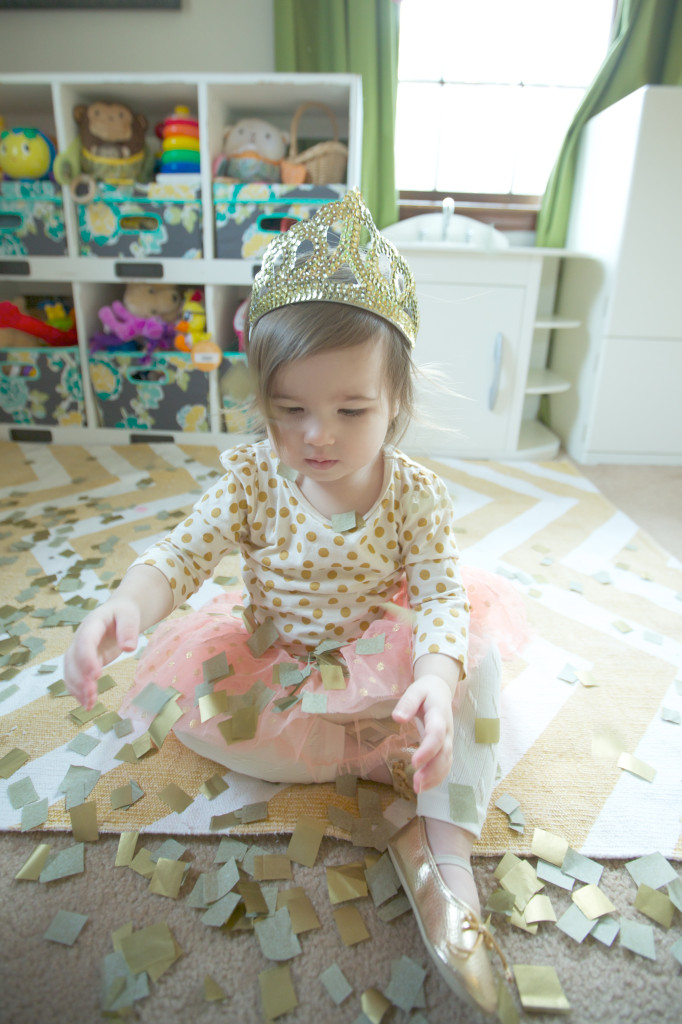 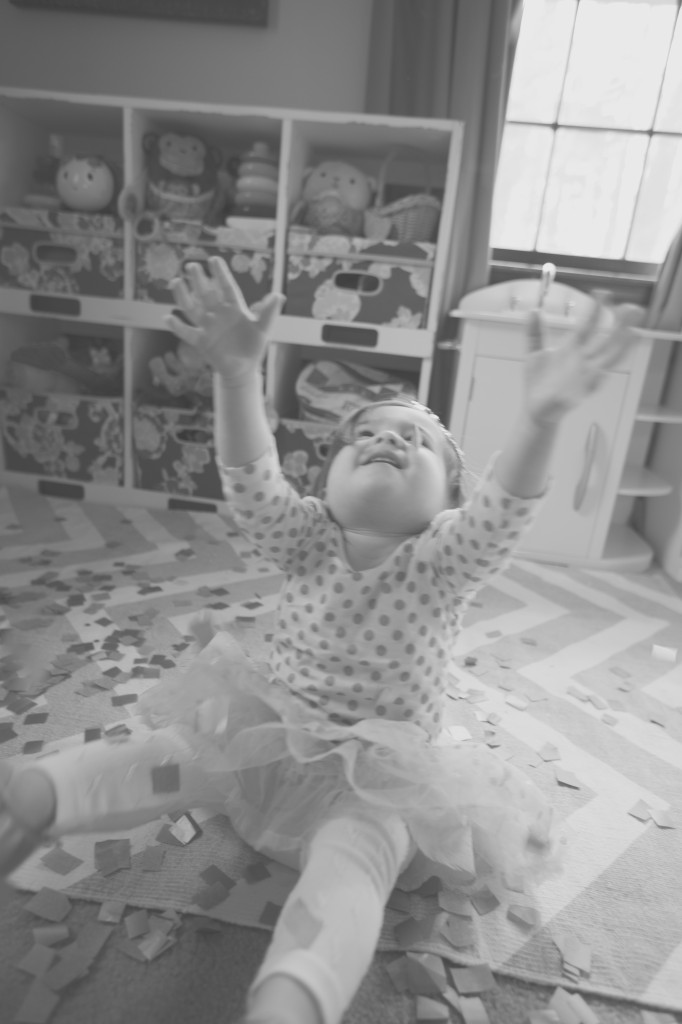 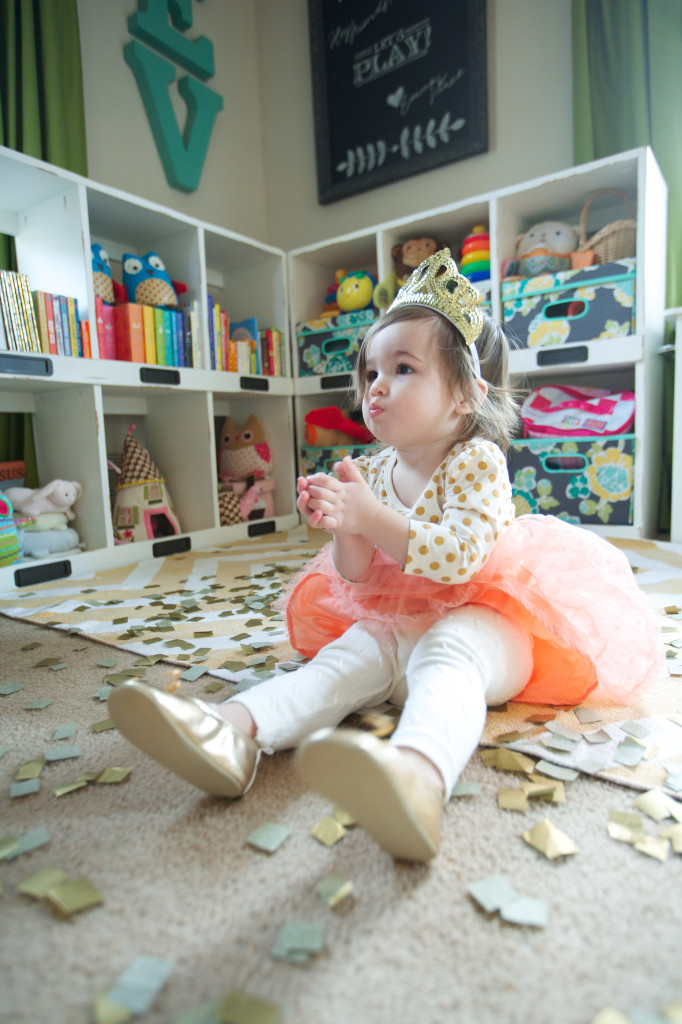 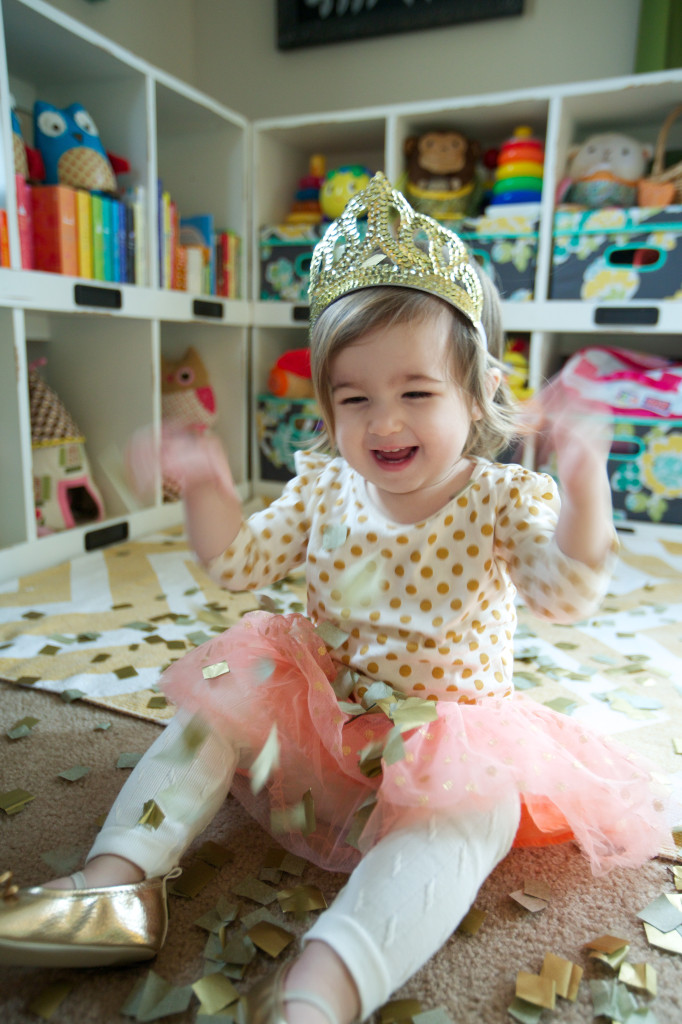 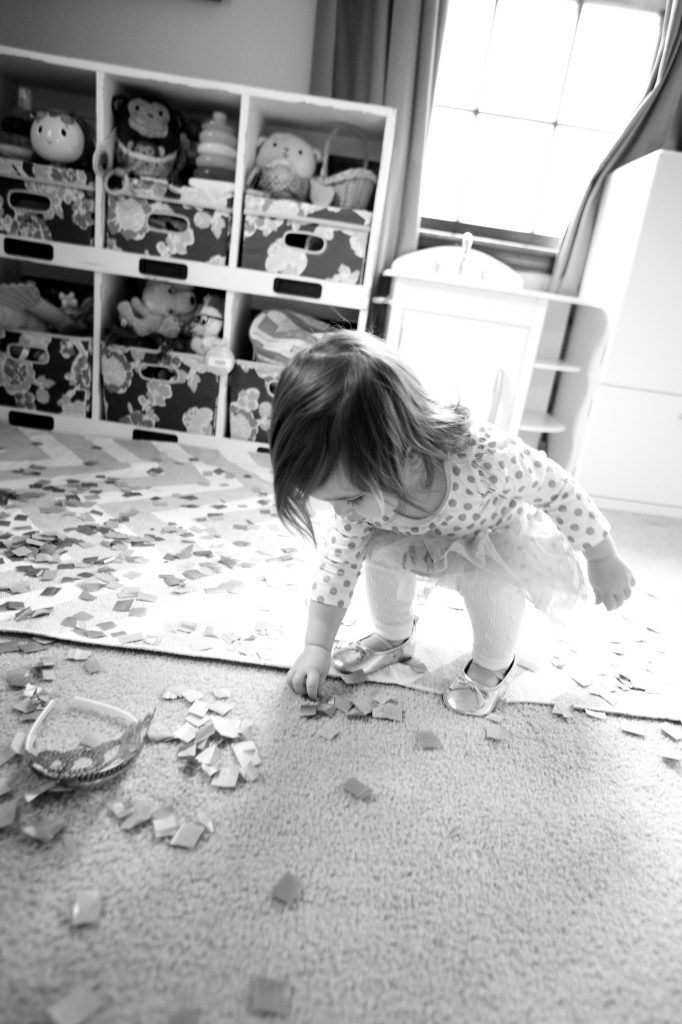 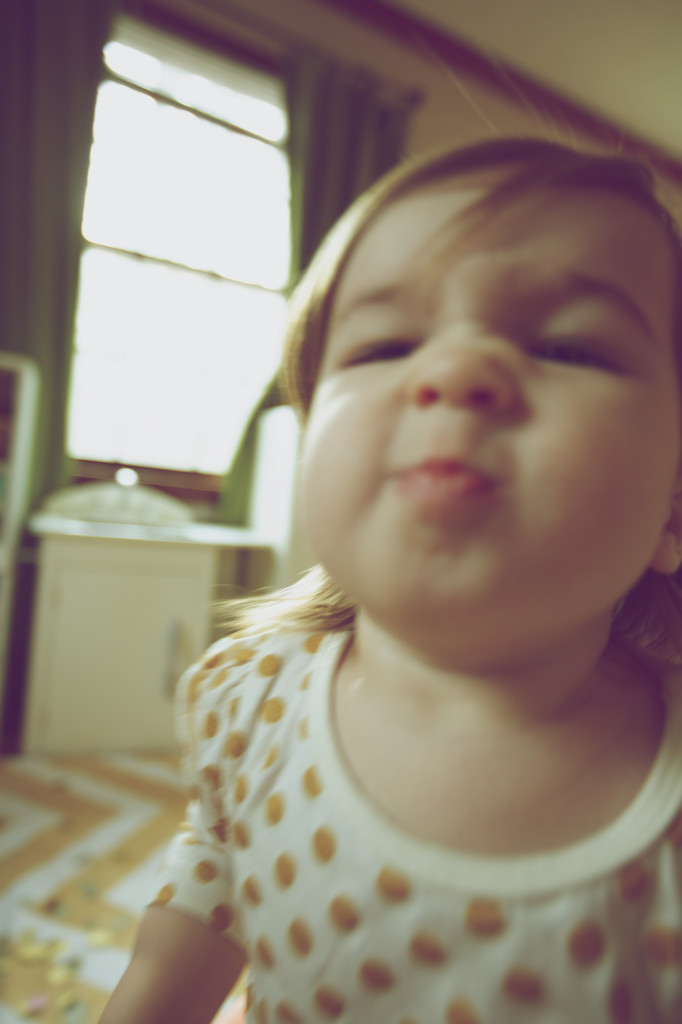 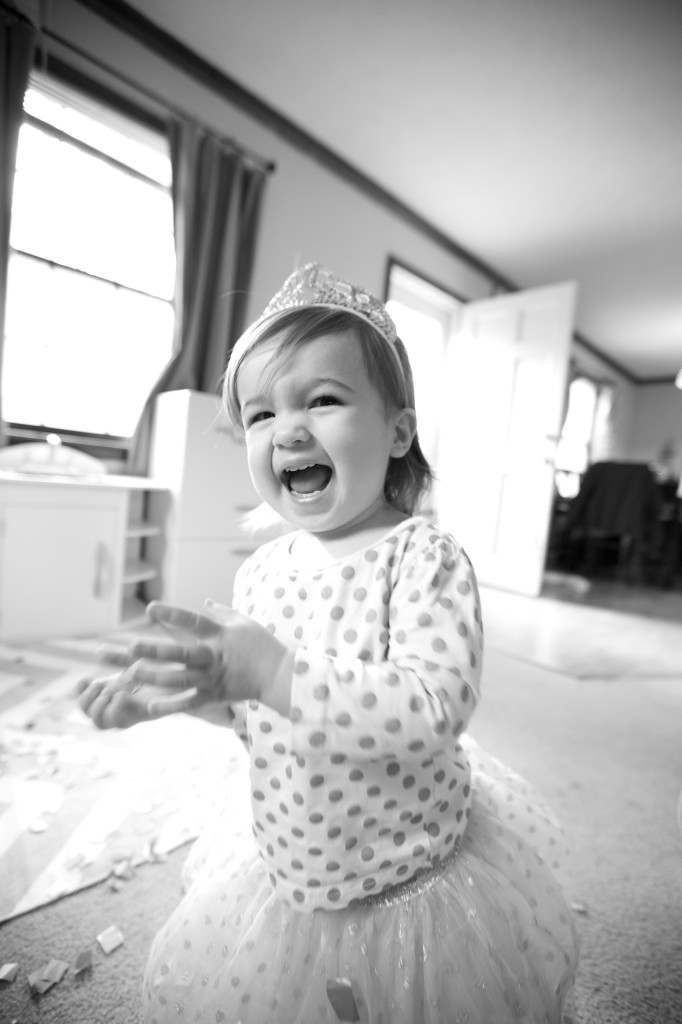 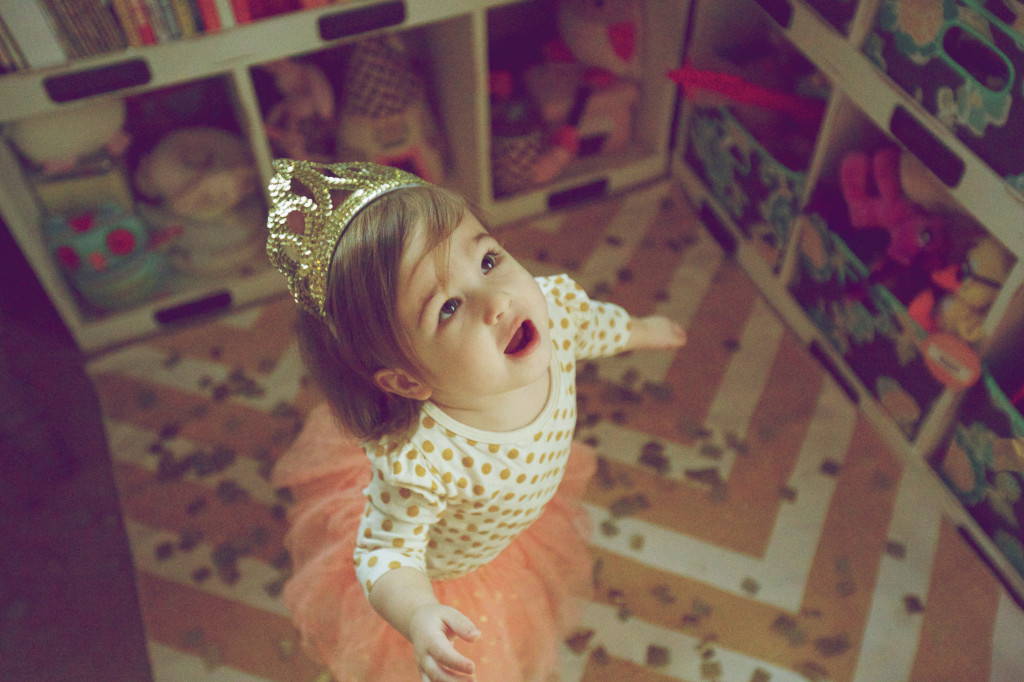 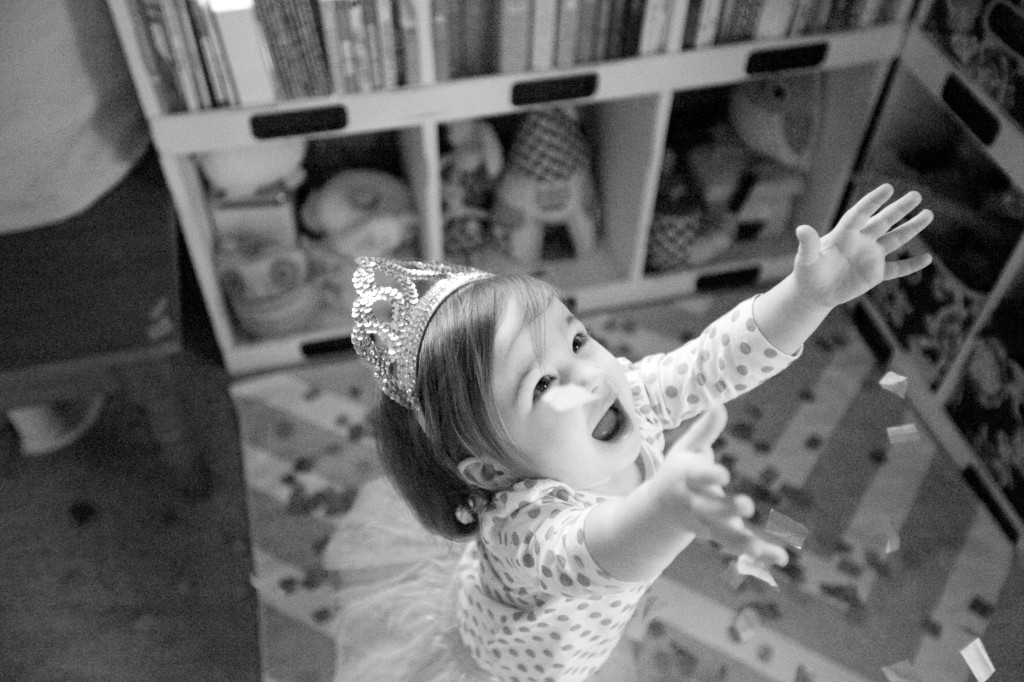 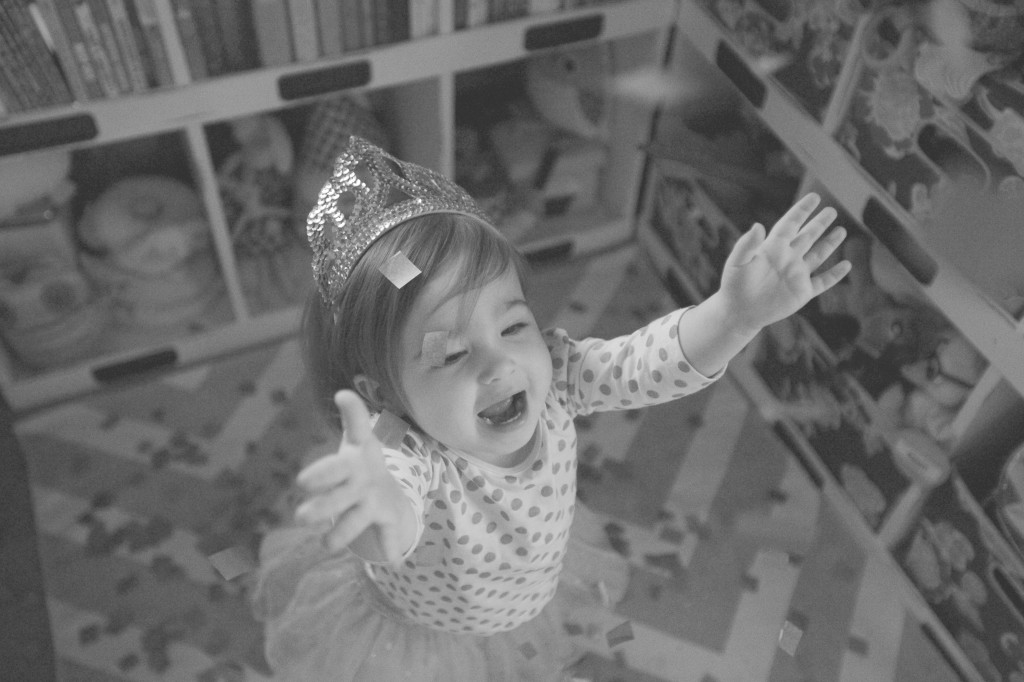 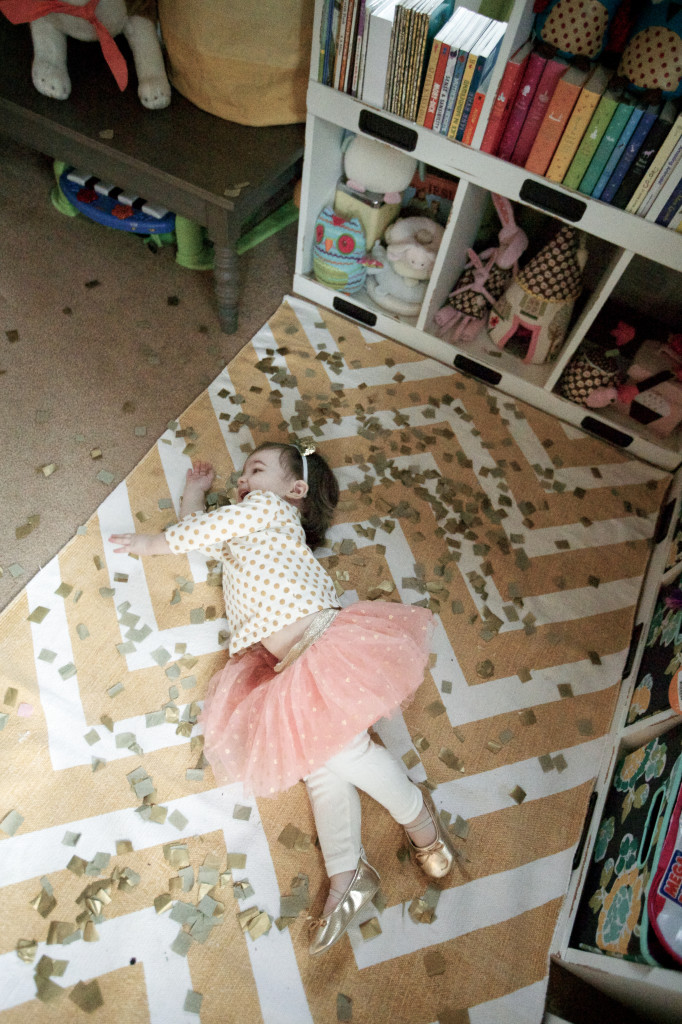 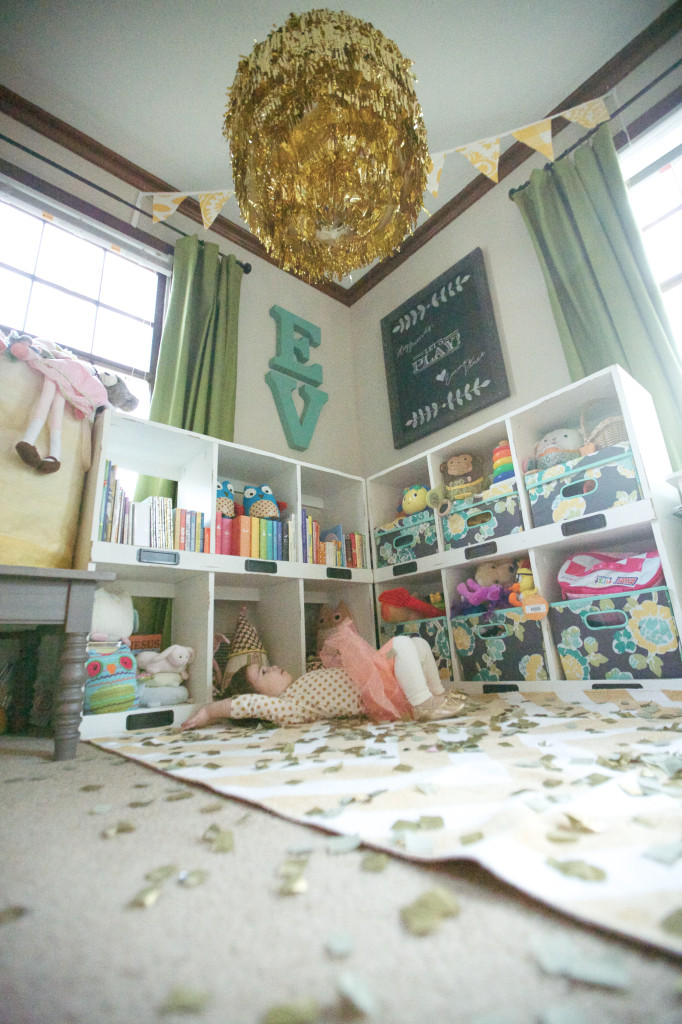 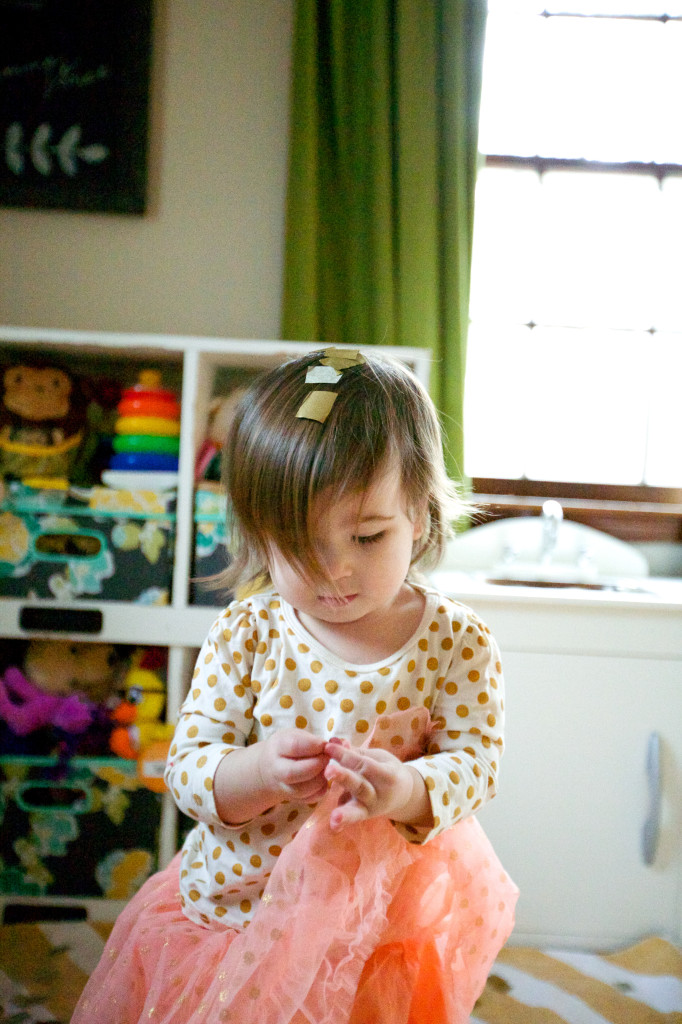 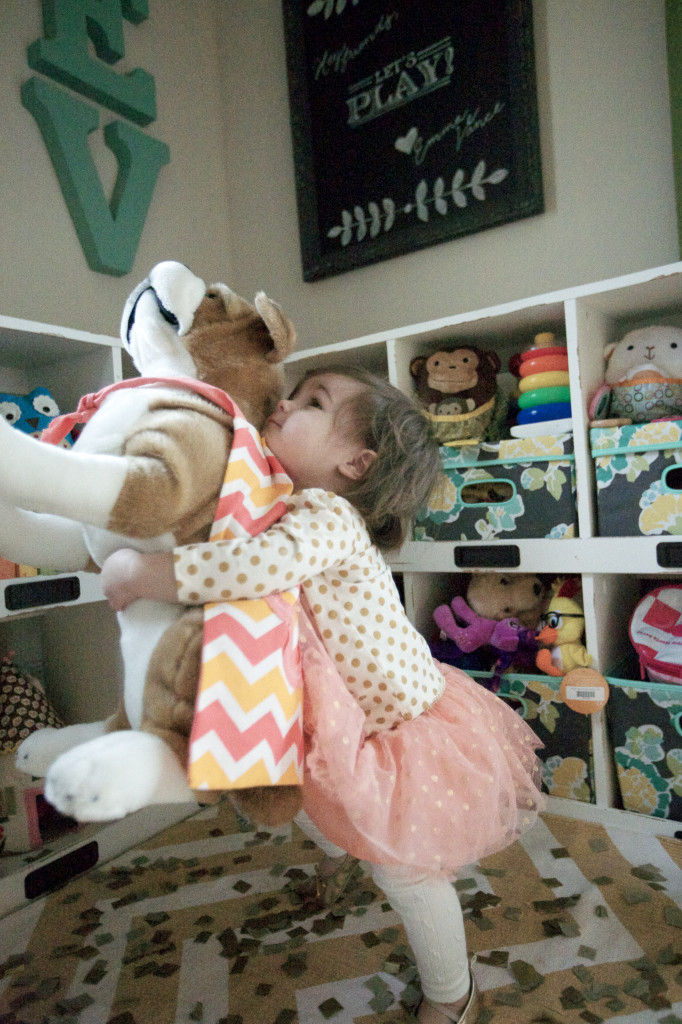 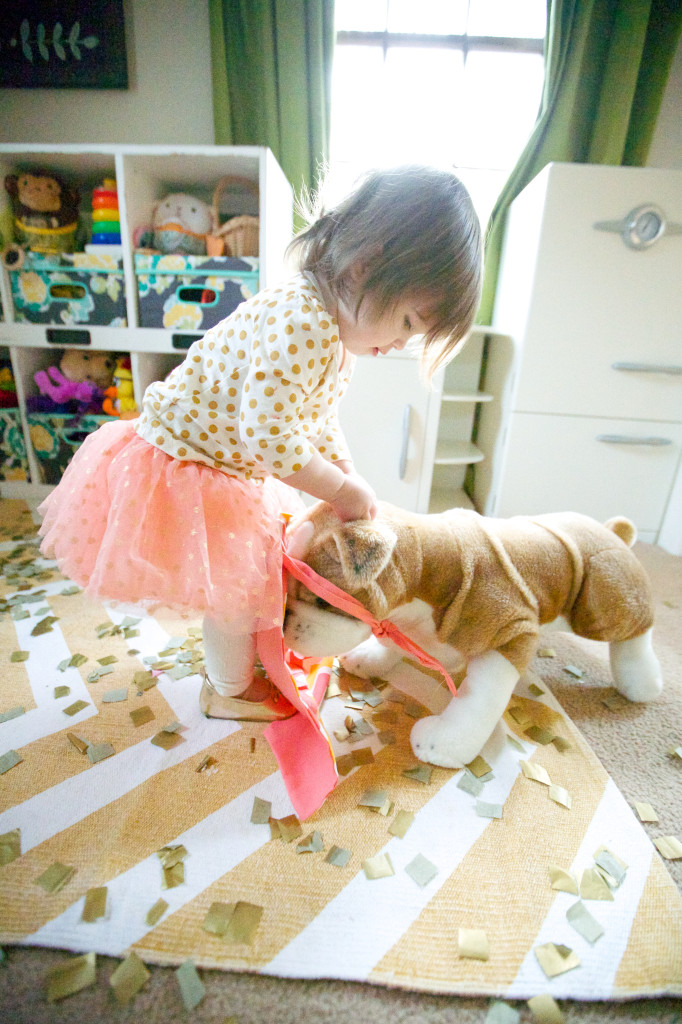 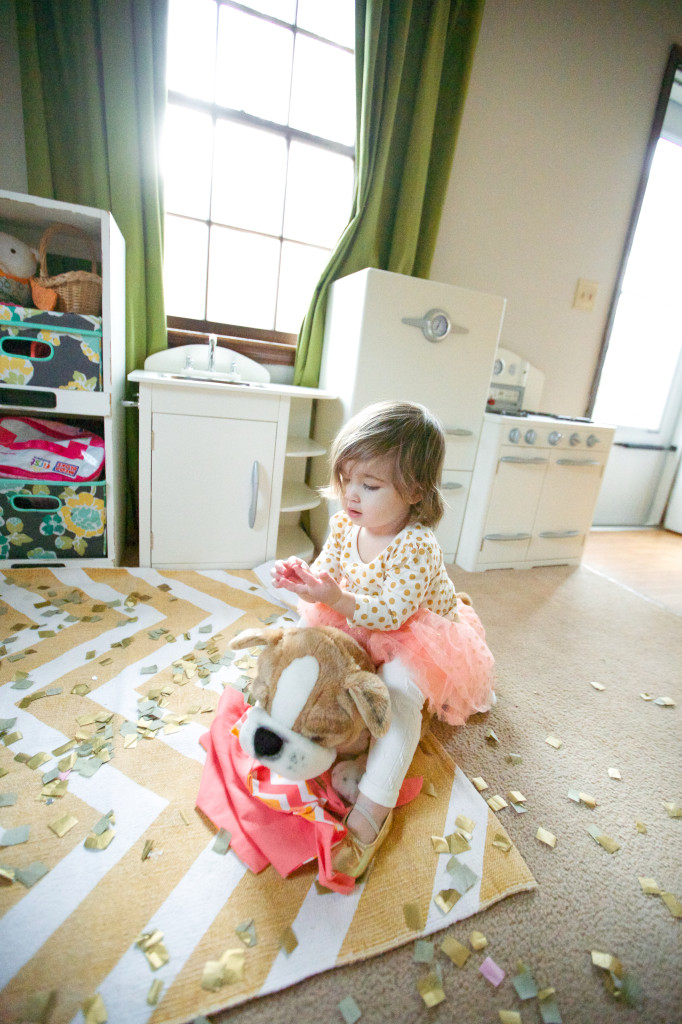