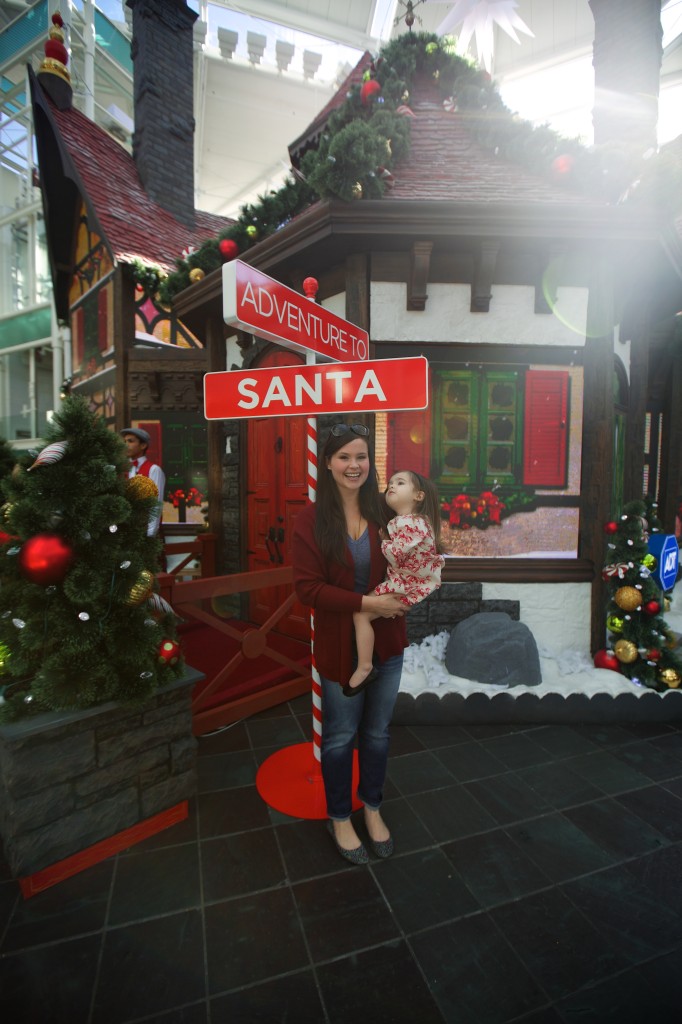 It’s official — Christmas is imminent, and we should know because today we crossed the proverbial starting line by visiting Santa! Yay!

Ryan and I have been taking Emma Vance for the past two years to our local mall to see Santa, and it’s been…well, truthfully? Kinda’ lame. ;) Don’t get me wrong, “Santa” and “his elves” have been great, but Santa’s big chair was clearly built in the 90s and had seen better days. Waaaay better days. When we learned that this year our mall was getting 1 of 5 national Dreamworks “Adventure to Santa” experiences, we were intrigued. The theme was “Shrek,” and the promos promised lots of unique and memorable fun, so we made an appointment to go this morning. In preparation, E.V. and I have been watching the movie “Shrek” (which, BTW, now that I watch it as a parent, is so NOT kid appropriate…eek!) and talking about what to do when meeting The Man in Red. Over the past few days, Emma Vance has gotten so excited, and so were Ryan and I! Last night we ran to the mall and got to sneak a peek, and the house where we would meet Shrek and Santa was amazing, HUGE and alive; the buzz of energy at night was tangible. Above Shrek/Santa’s house hung giant stars and a moon that played a musical light show, and Ryan and I were mesmerized. This morning, however, our experience was…terrible. And amazing. And awful. And awesome. (Awf-some??) Basically, I can’t decide on how to spin this Santa visit, so here are the two versions of how it went:

We had an appointment at 10:26 a.m. to see Santa. Yes, 10:26 exactly. It seemed strange when we booked it that they only allotted two minutes per family with Santa, but we thought, “Well, how long does it really take to tell the big guy what you want for Christmas?” So we trusted the logistical engineers at Dreamworks. (Spoiler alert: MISTAKE.) We arrived on time, but had to wait in line to check in…which required standing in line…which we were trying to avoid with the reservation. :/ We were shuffled to take a family picture with these huge statues of Shrek, Fiona and Donkey, and we only got one take. (Not ideal with kids, amiright???) The figures were SO cool — but really I needed a few minutes to be able to let my littles play with them and take some cute up-close pictures. We were then shuffled to the real line and then told that Santa was running behind. Fine, that’s to be expected. We were told to stand anywhere in the mass of people, all who were trying to figure out the correct order of reservations (there was none), and eventually we ended up behind a family whose appointment was at 10:40. The head elf told us not to worry, though, because they would call our name when it was our turn, so we waited. And waited. And guess what? They just took people in order of the line, which was frustrating because that’s why I made a reservation — to avoid standing in line. About 30 minutes after our appointment, it was our turn. Cricket was on the edge because now we were fighting nap time, but she was being patient. As we entered the Santa/Shrek house, I realized for the first time that this was a multi-room “ride” of sorts, not just a see-Santa thing. (Think the beginning of Disney’s Haunted Mansion.) Our poor elf guide was soooo BAD at acting, but he tried. ;) When we got to the second room of the experience, we got stuck. Yes, STUCK. There were some technical difficulties ahead of us apparently, and we had to wait with another family in a tiny, HOT, stuffy room with nowhere to sit, an anxious toddler, an exhausted baby, and a group of strangers whose kids had had it. I was so parched that I drank from E.V.’s sippy cup. There were no strollers allowed so we had to hold Cricket the whole time. The other family’s kid had a melt down and had to use the Exit.  TWENTY MINUTES LATER, we moved on through the ride to eventually see Santa, and E.V. froze at the door, only seconds after jumping from excitement that her turn was next. She was scared of ol’ Kris Kringle and barely would sit next to him. Cricket was done-done at this point, so she finally let loose and cried when I set her in Santa’s lap. When the fiasco was over, I tried to make polite conversation with “Santa” by telling him that E.V. had practiced the whole way over what to say, only to be chastised that we should’ve been talking to her “for months in advance so that she wouldn’t have been scared.” Really, dude? As we finally exited to daylight, they gave us the ol’ song and dance as they charged Ryan’s mom and husband an arm and a leg for pictures of the visit — AND DIDN’T EVEN LET US CHOOSE WHICH PHOTO! I was peeved; although Cricket crying wasn’t ideal, at least it was funny, but they had already printed a set of pictures with her just looking uncomfortable in between tears. We left well after an hour later than planned.

All Is Merry and Bright Version

We had an appointment to see Santa in the morning, and actually arrived on time for once! The reservation had required us to upload a photo of our family, names and wish lists so that throughout the whole experience the elves and Santa magically “knew” all about us, which was a great touch. We got a picture with these huge figures of Shrek, Fiona and Donkey, and E.V. was so excited because she loves the movie. (We’ve been watching it to stave off any potential ogre fears at this experience, ha!) Although they were running behind schedule, the Santa/Shrek house was so. freaking. cool. that it at least kept us entertained while we waited in line. The exterior walls were LED screens and so the characters from “Shrek” would randomly come popping out of windows, and E.V. looooved seeing the familiar faces. The whole idea behind the Dreamworks “Adventure to Santa” isn’t just a see-Santa thing, but a whole, multi-room ride of sorts (similar to Disney’s Haunted Mansion) leading up to the big event, which made for a super memorable experience. We got caught in the Design-a-Sleigh Room (haha) due to some technical difficulties ahead of us, but E.V. was so pumped about seeing Santa that she was happy as a clam. She even led our group in singing “Jingle Bells” repeatedly while we waited. (Hahahaha! That’s my girl!) When it was finally our turn to see ol’ Kris Kringle, though, she all of a sudden got shy (really?!?), and Cricket was so exhausted she cried (haha); it was the quintessential little-kids-break-down-while-seeing-Santa experience. ;) At the end, when we exited Santa/Shrek’s house, our girls’ gracious Nanny and Mike bought E.V. and Cricket pictures and stuffed dolls to remember the experience by. (And even though they printed out a picture that I wouldn’t have picked, we got digital downloads of them all, so I have the one I really wanted!) Dreamworks did an AMAZING job coming up with a truly unique and fun concept, and it was really fun to see my littles enjoying their visit to the North Pole. ;)

So, the question really is, “Twenty years from now, how will we remember this Santa visit?” — and I’m going to go with the positive side and officially name this “The Year Emma Vance Led Strangers in Singing ‘Jingle Bells’,” and not “The Year I Wanted to Punch a Hole Through Santa’s Workshop and Run Away.” Ha! And it must be true that the fun of the experience outweighed the logistical negatives because we’ve already talked about going back next year — with a much better game plan. ;) 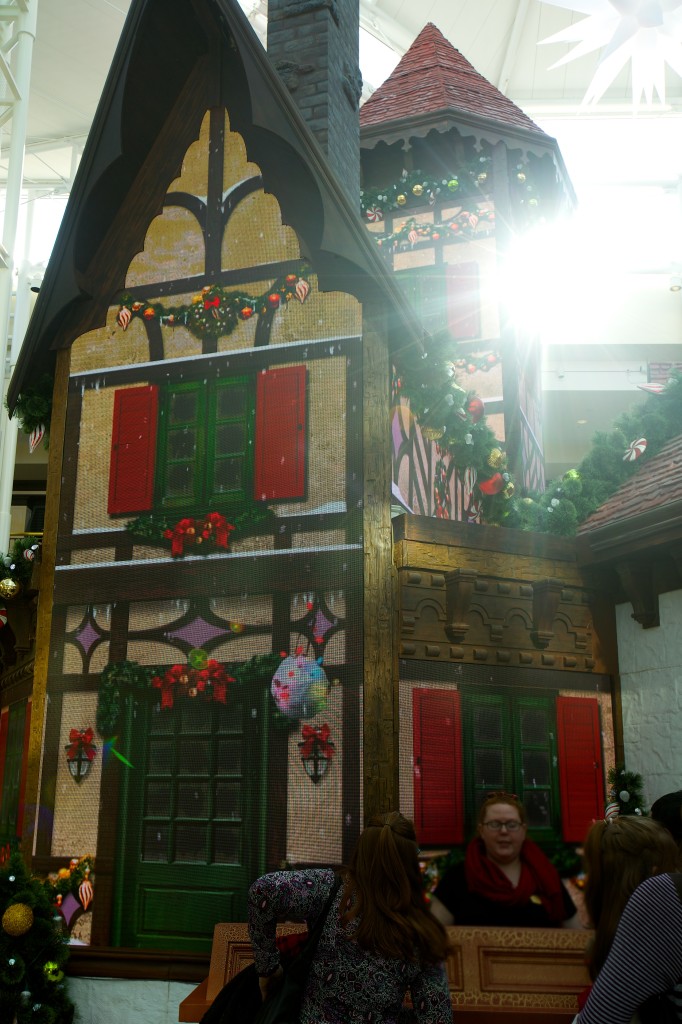 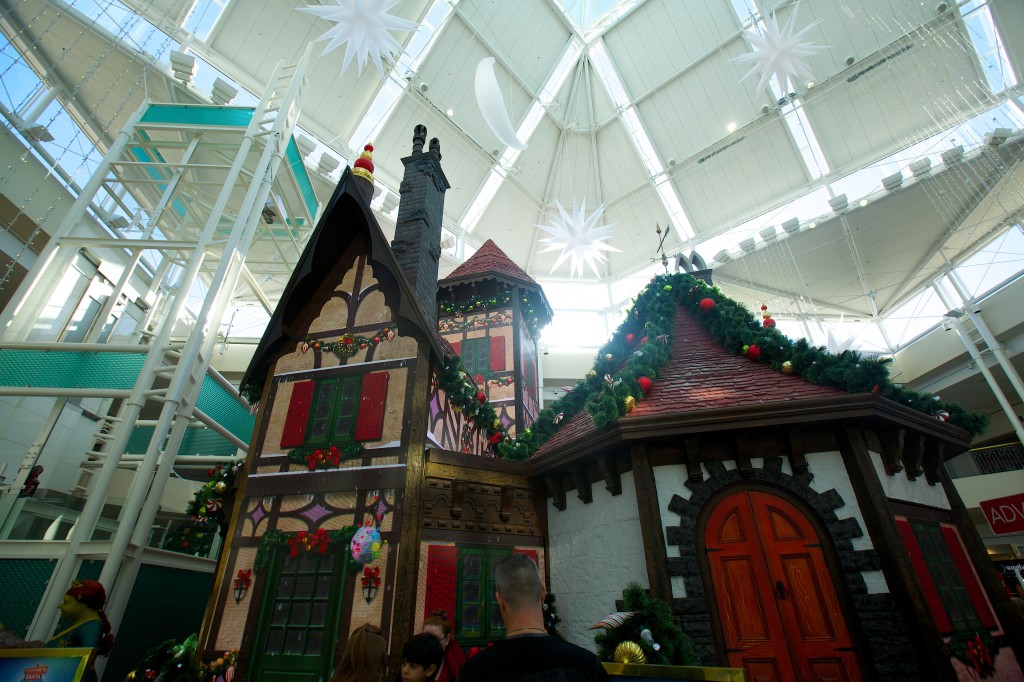 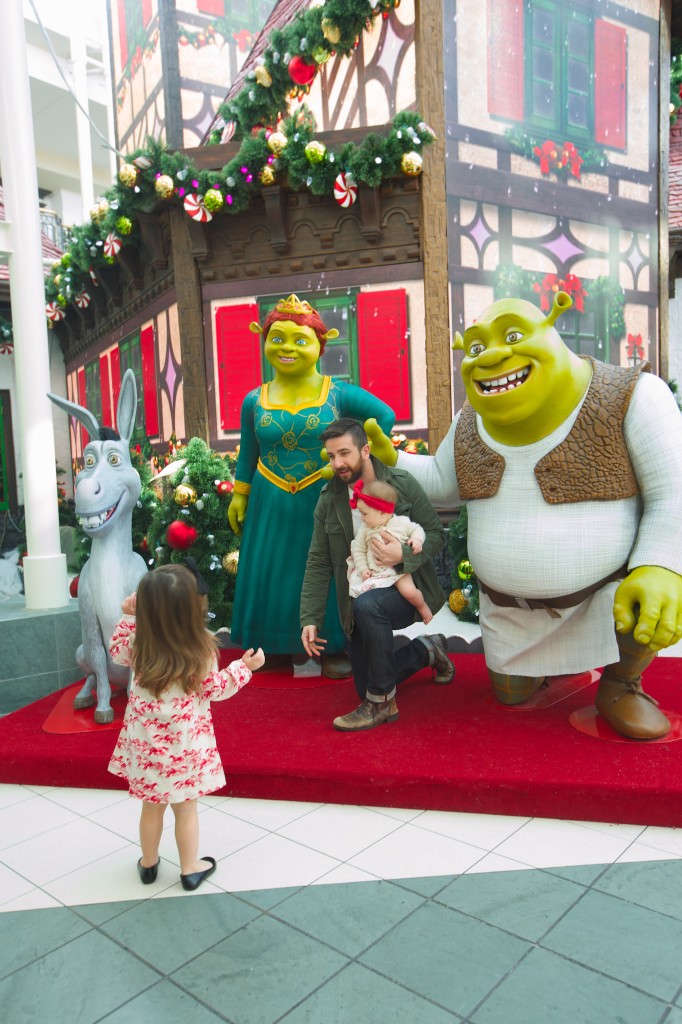 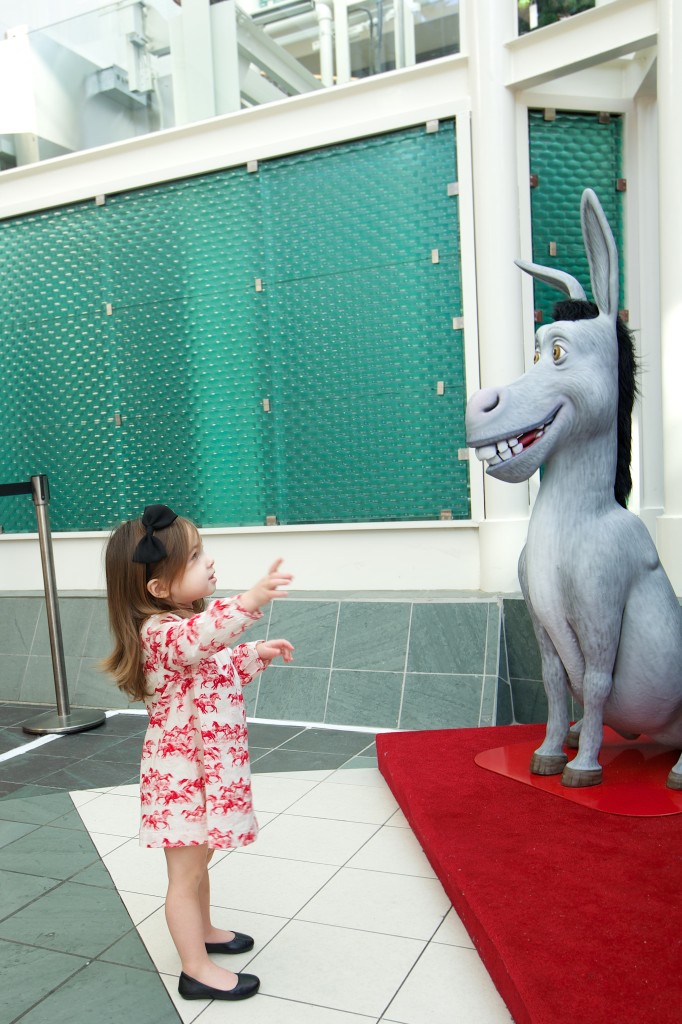 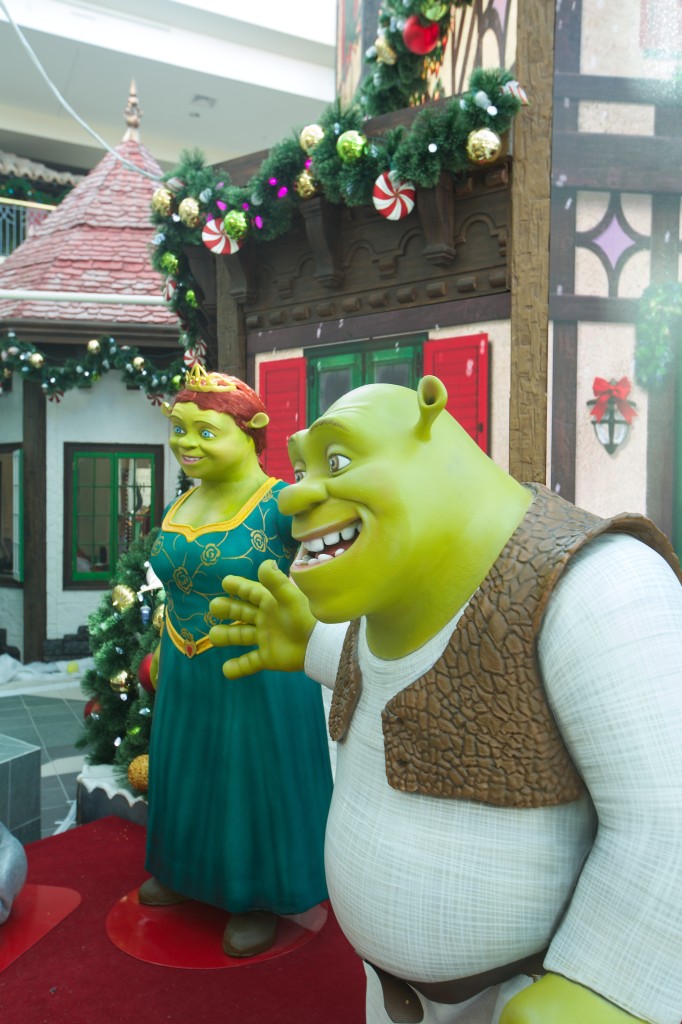 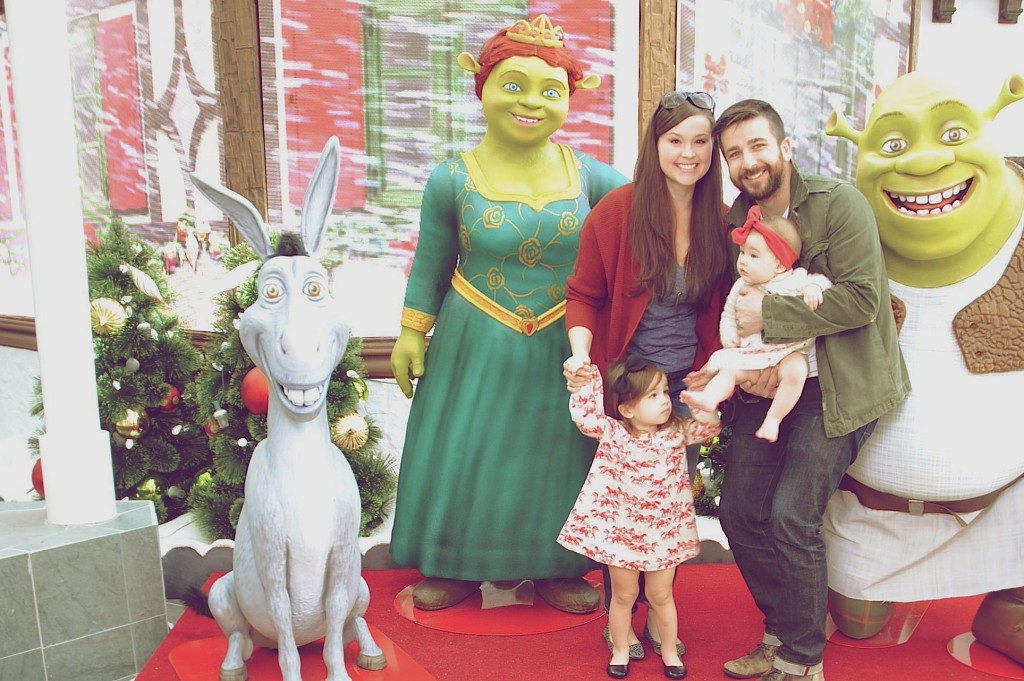 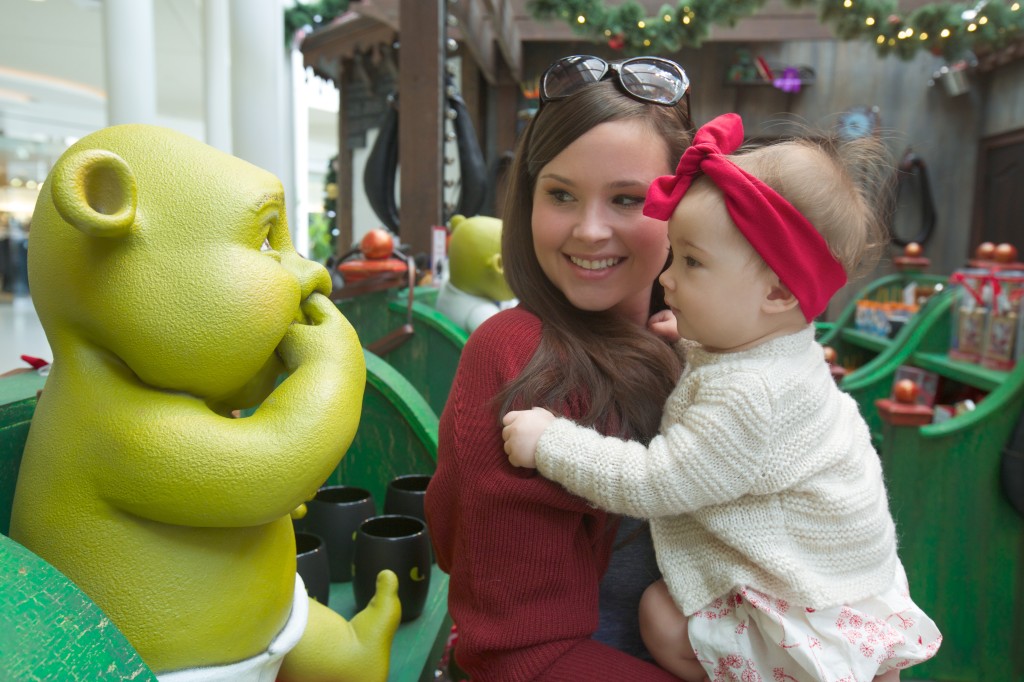 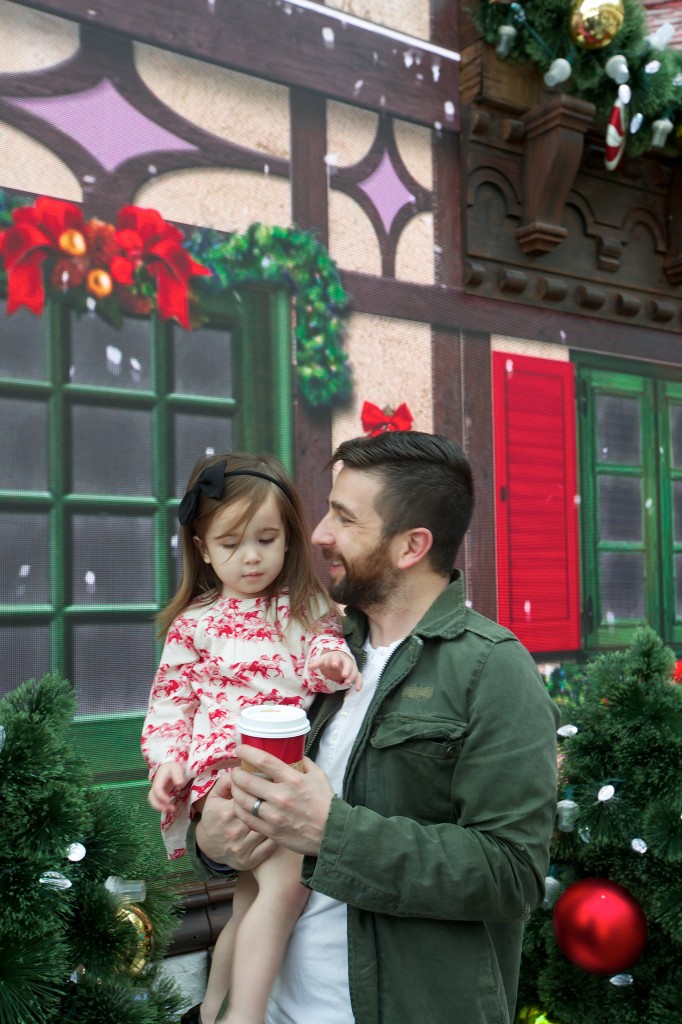 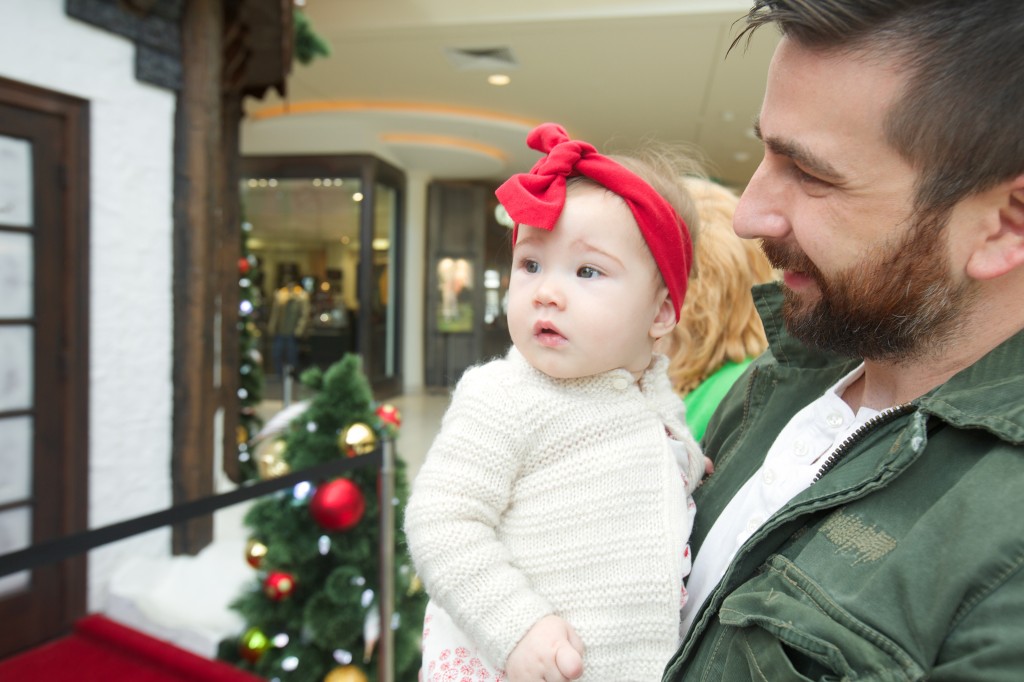 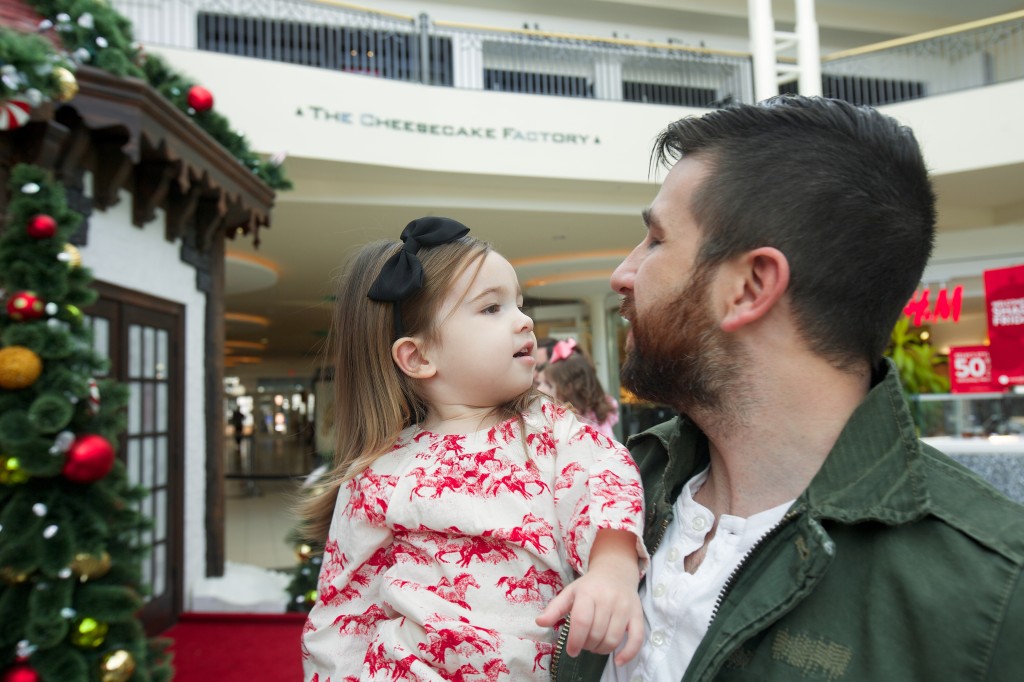 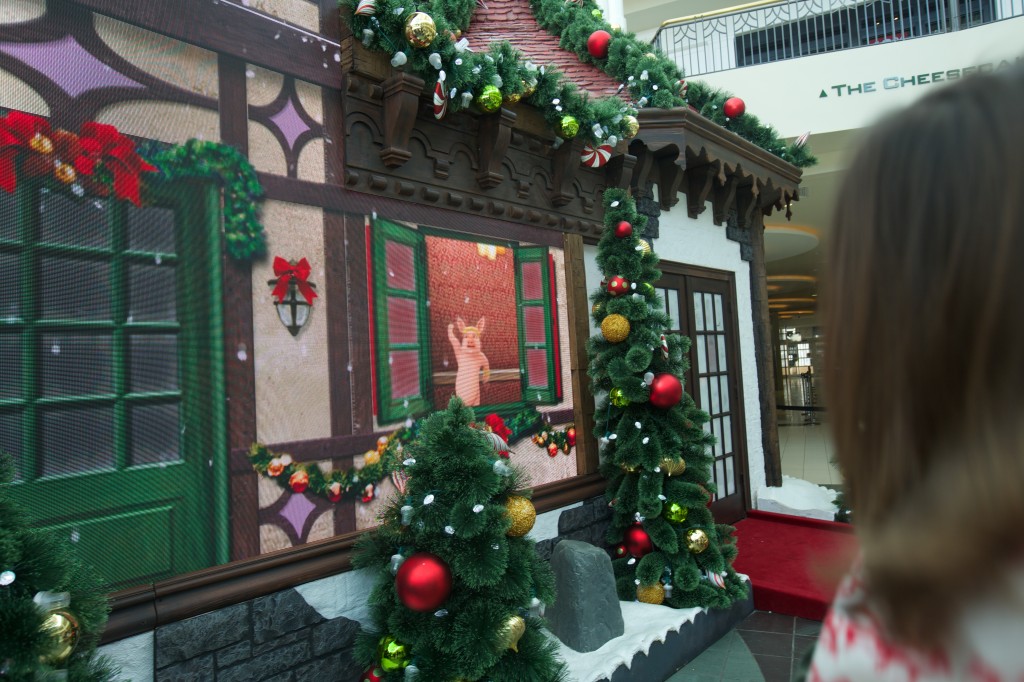 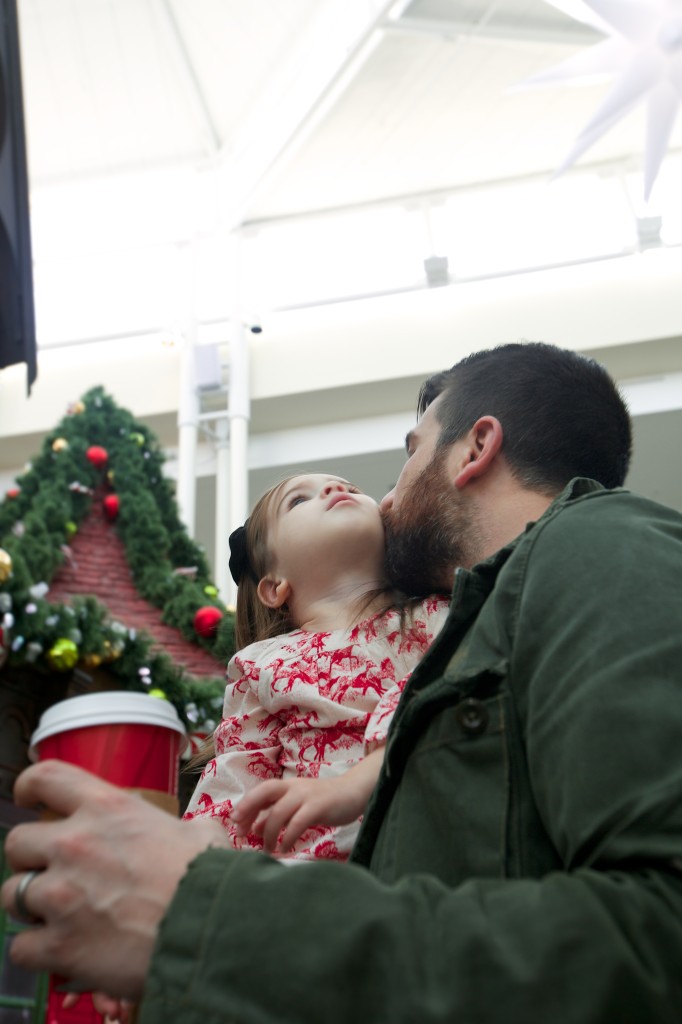 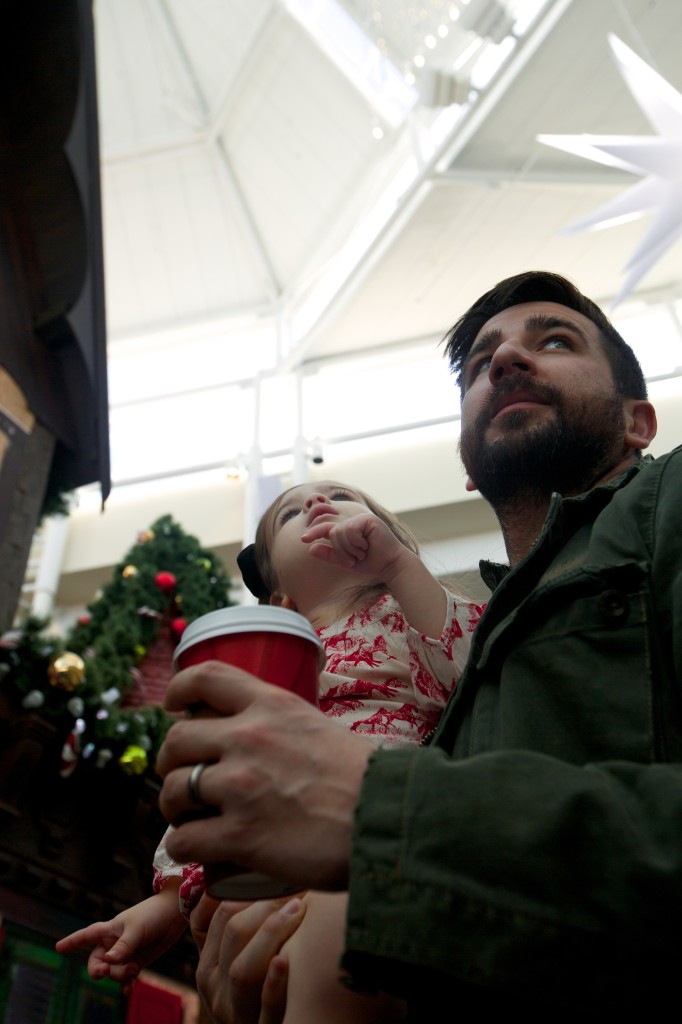 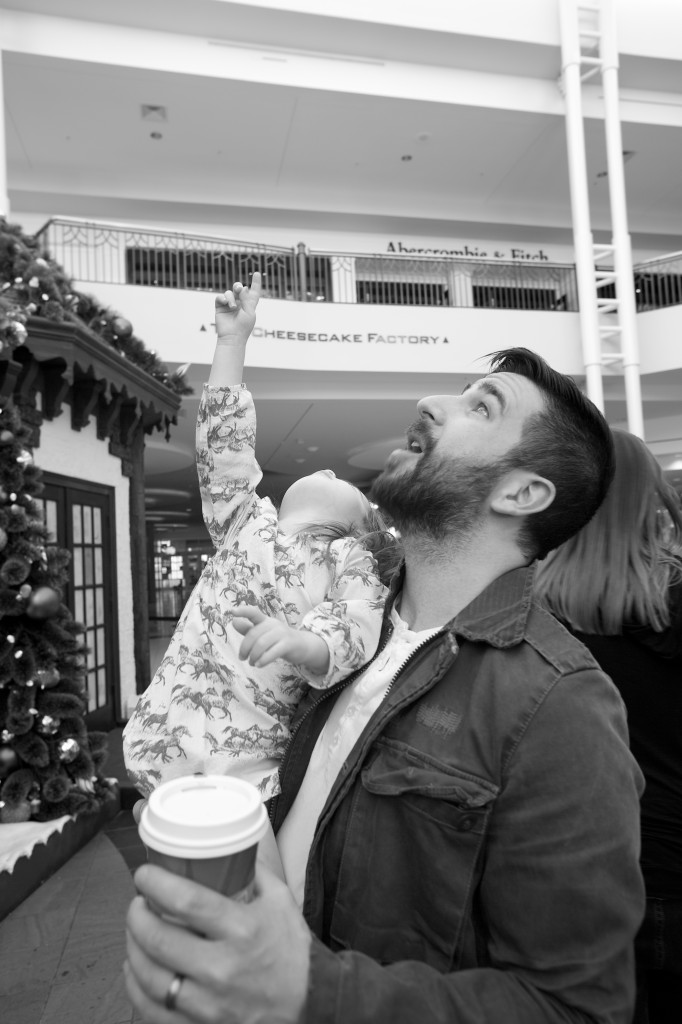 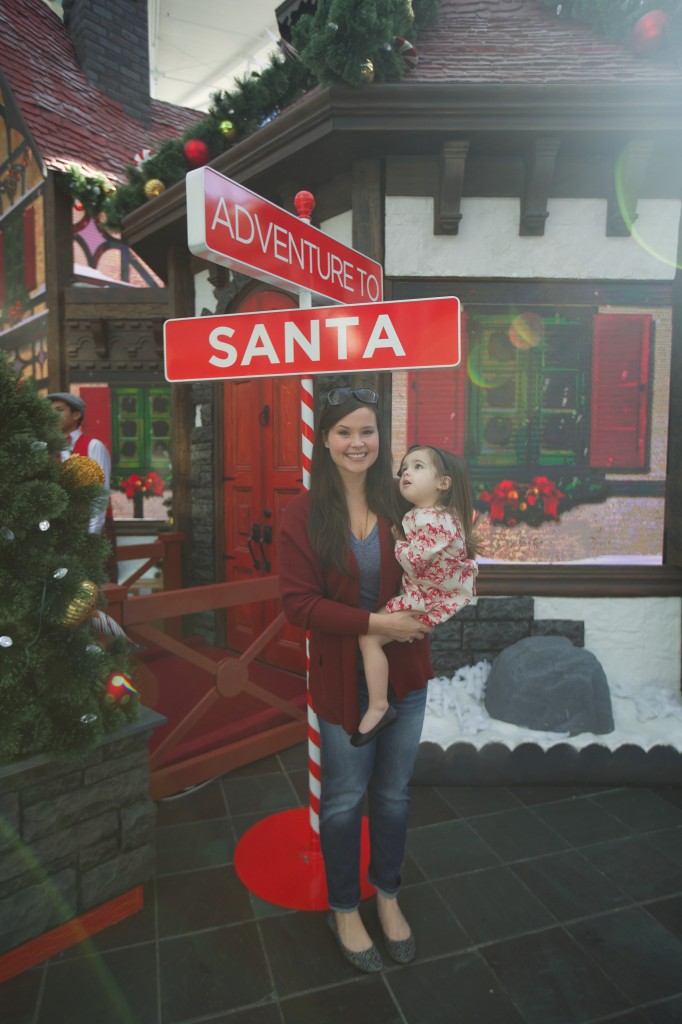 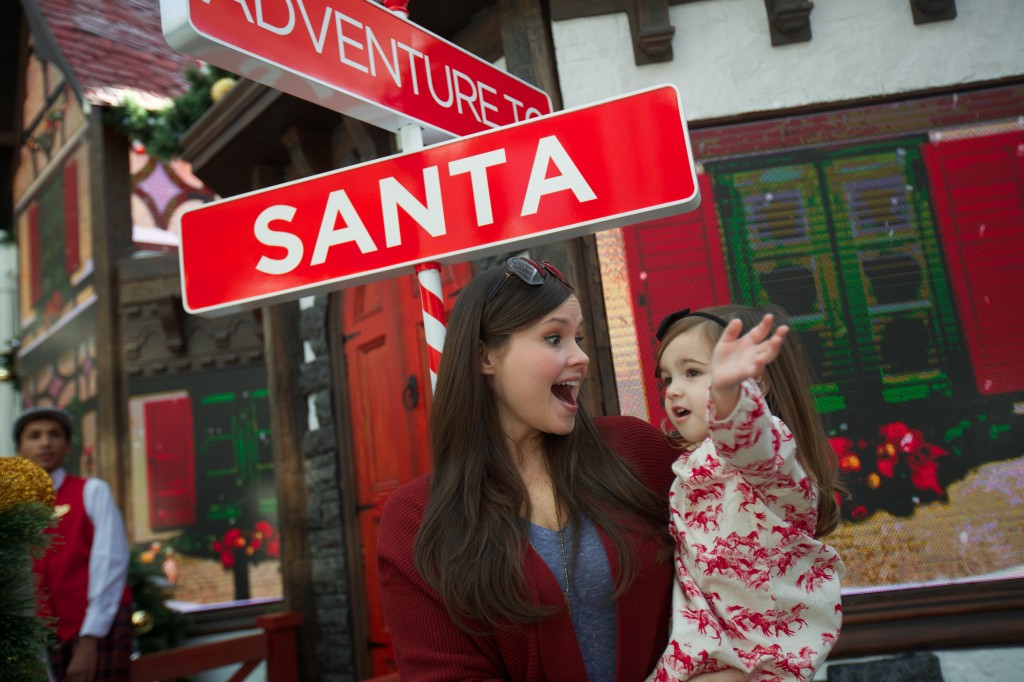 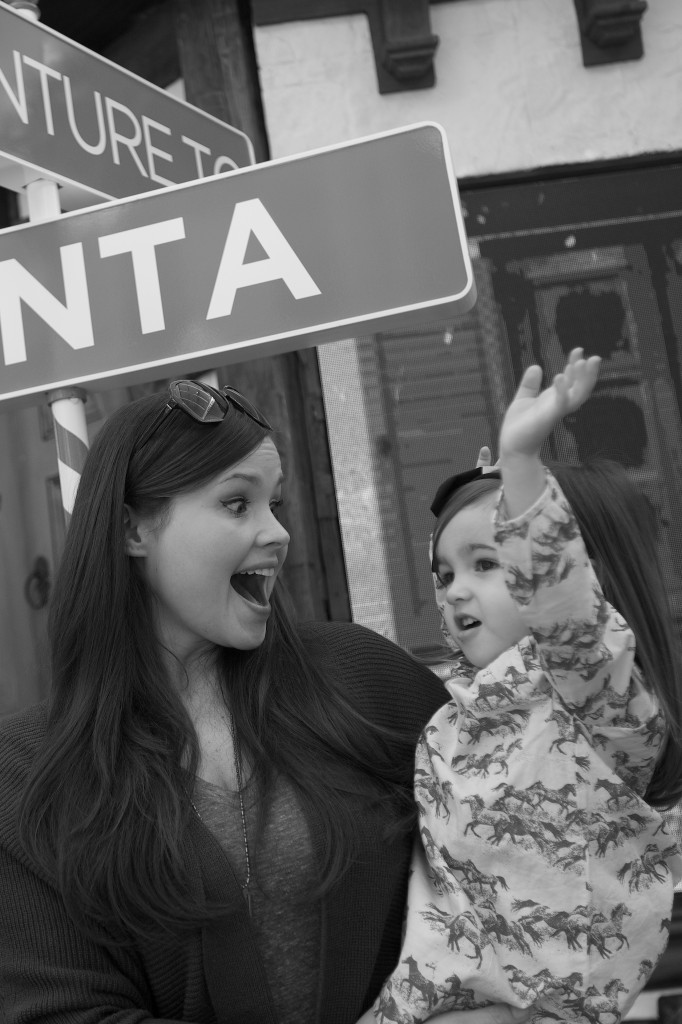 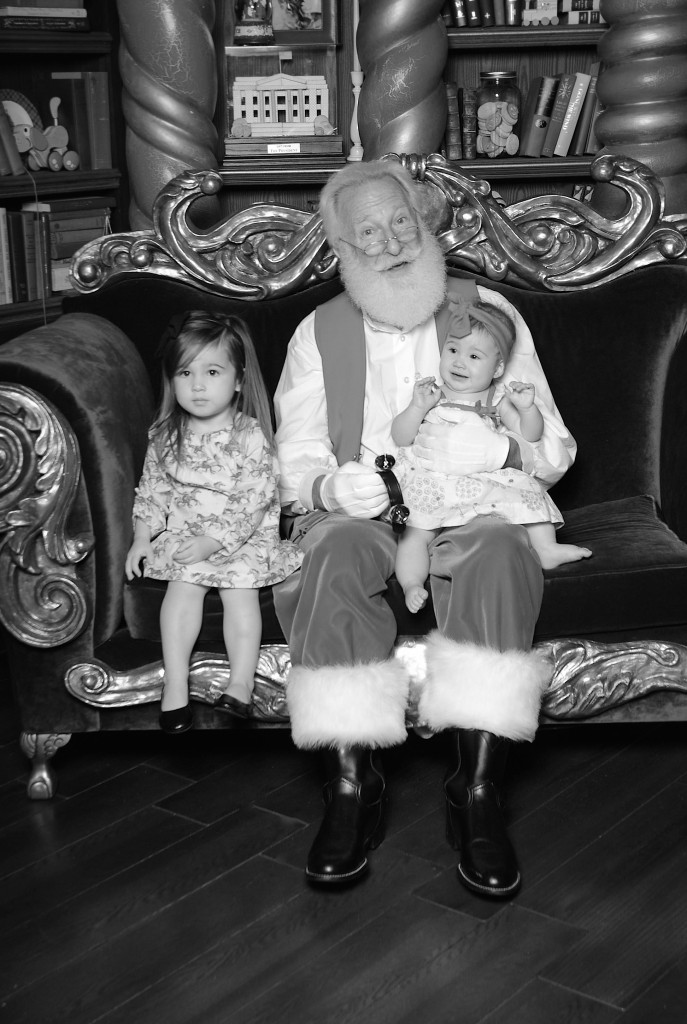 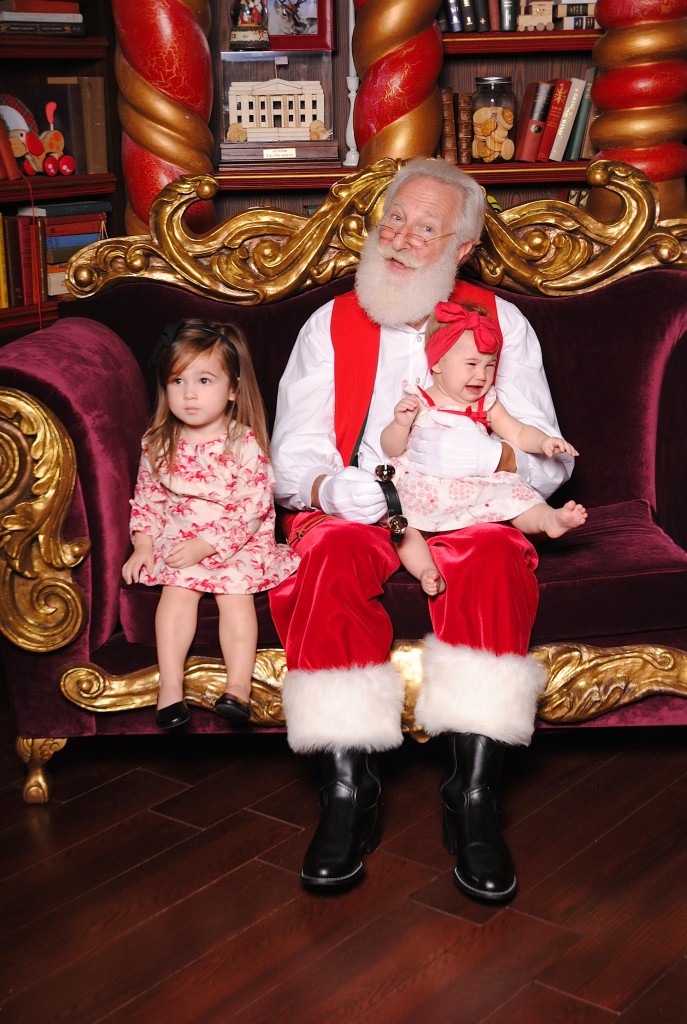 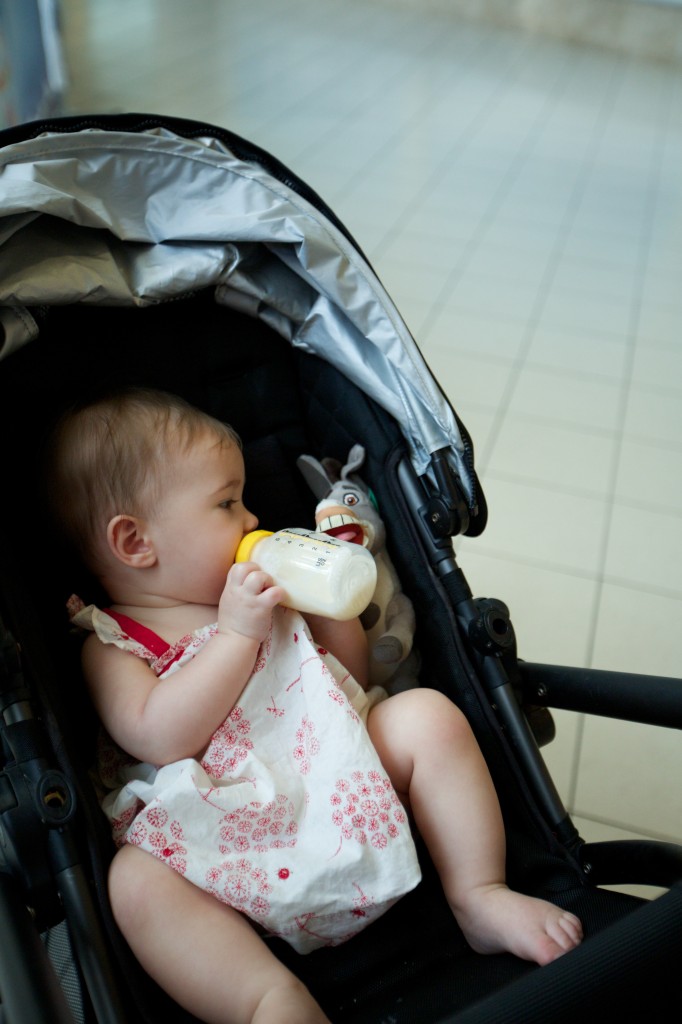 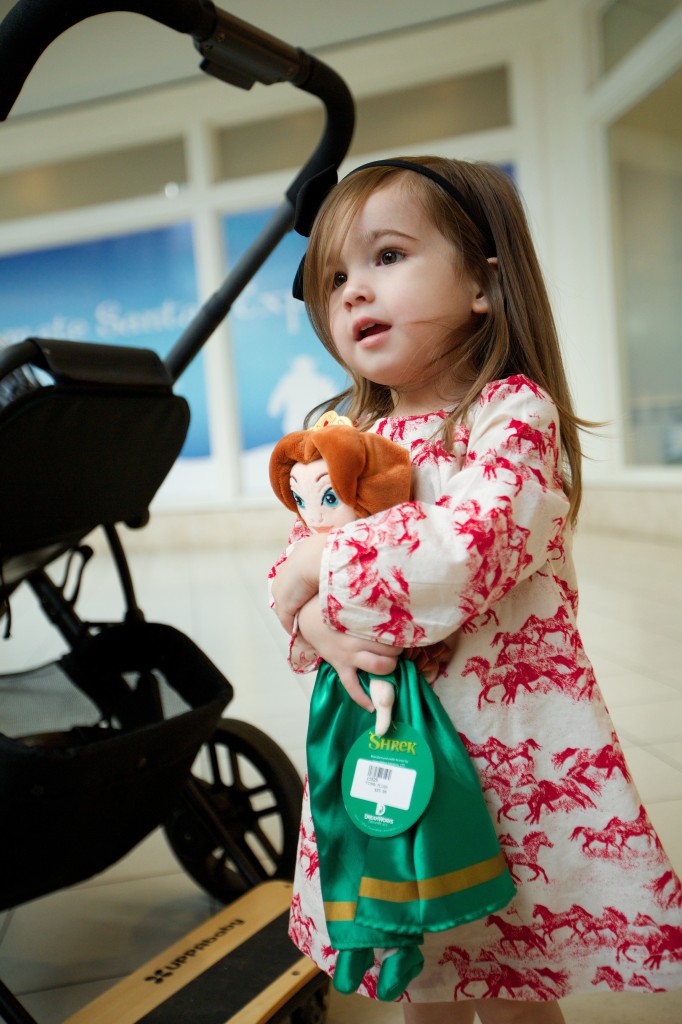