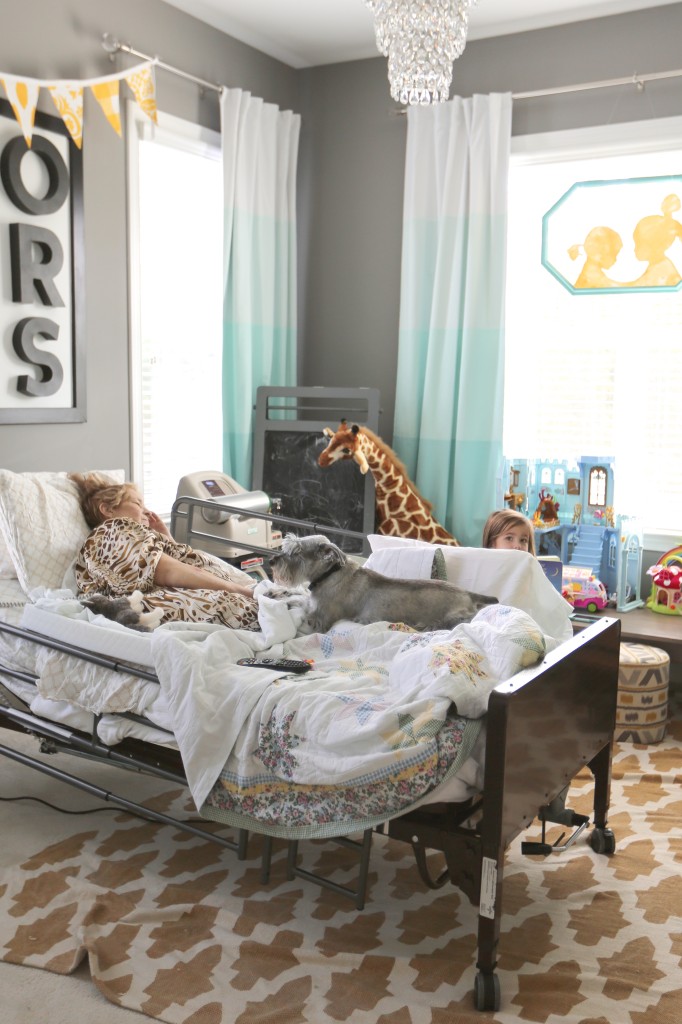 This has by far been the worst two months of my life. I just…I just don’t even know where to start. I’m still processing everything, but I know that so many of you have been kind enough to reach out to me, to us, and I just want to start the grieving process by trying to wrap my head around the past few weeks in very simple terms.

I sat by my mother’s side as she passed away this morning. In the best, most tragic way possible, it was a beautiful period at the end a very terrible sentence.

July 20th, my mom, Daria, got what she thought was a stomach bug. By August 1st, she had a lot of pain in her abdomen, and it was obviously swollen. She went to her regular doctor, who sent her immediately to the ER for a scan, which showed some spots on her liver. They admitted her to the oncology unit, where a week of tests showed cancer in the liver and a lump in her breast. She was released to do an outpatient biopsy, and then sat at home in agony for a week waiting on results.

August 15th she was officially diagnosed with Stage IV breast cancer; it had metastasized to her liver.

August 16th we went to her first chemo appointment. It was an upsetting experience, but she seemed to tolerate the drugs well. A week later, she went for her second round. It did not go as smoothly.

Within a few days, she was very sick. August 27th she was admitted to the ICU with a sore throat and a fever of 102—not good for the average person, but terrifying to a chemo patient. My mother had gotten an infection while her immune system was down.

With an antibiotic, my mom’s sore throat and fever seemed to recede rather quickly, but other problems developed. She spent a week fighting chronic respiratory failure; every day I left the hospital I said Goodbye to her.

Then, miraculously, a new doctor realized the cause of her lung inflammation, and with a simple steroid, she began to get better. Her second week spent in ICU was one of hope and recovery. We had turned a major corner.

Friday, September 9th, she was moved out of the ICU into the regular oncology unit. I was ecstatic—she had beaten all the odds and everything felt hopeful…to me.

However, I think when the adrenaline was gone and the room got quiet, my mom got sad. She had been through so much so quickly, and her road ahead was a long and rocky one. She started to give up hope. So we did what all families would do — try to bring her back around. We talked and pleaded and encouraged to our greatest length. The most ironic thing was that, in meeting with her doctors, after two rounds of chemo, her breast tumor had shrunk by half already! We believed she could do this, but she was in so much pain that she couldn’t see past it.

Quickly her sadness turned to anger and irrationality. It was…rough.

My mother’s mental state after a few weeks in the hospital had deteriorated so badly that we decided to give home health a chance. Tuesday, September 20th, she was discharged and came to my house to continue her healing more comfortably. After so much time tied to the hospital bed, she was weak and needed every bit of care imaginable. We hired a nanny for our girls, signed on a nursing assistant and called in registered nurses. Immediately her mental state went from angry and irrational to sad and defeated. I think seeing E.V. and Cricket did her good, though; it was the only time she seemed close to her old self.

But it was all too much.

Not even a full day and a half after being discharged, my mother’s pain was excruciating. Her prescribed medications weren’t enough to give her relief, so the night of the 22nd she was rushed back to the hospital and admitted to the ICU again.

It was all too awful for her to bear anymore. The pain was constant; the problems were mounting. She was ready to pass away. So she said her goodbyes to everyone in the family, and…well, she fell asleep and woke up elsewhere.

This all seems so surreal. I just never imagined this was how it would end, that this would be part of her story or mine. But God had a plan, and this was it.

There is such immense sadness and tragedy in all this, and I’m sorry that I couldn’t fix it, fix her.

The coming days are going to be a bit hazy, filled with tears and logistics and disbelief and, in turn, hopefully some closure and healing. For everyone. My mother’s finally at peace, and I hope we will be soon, too.

Thank you to everyone who has so selflessly helped us over the last few weeks. Really, thank you.

I have about one million thoughts, stories, feelings and revelations (and a few questions here and there, too) that I’m sure I’ll write down and perhaps share in my own time. For now, though, I miss you Mom, is all I can muster. 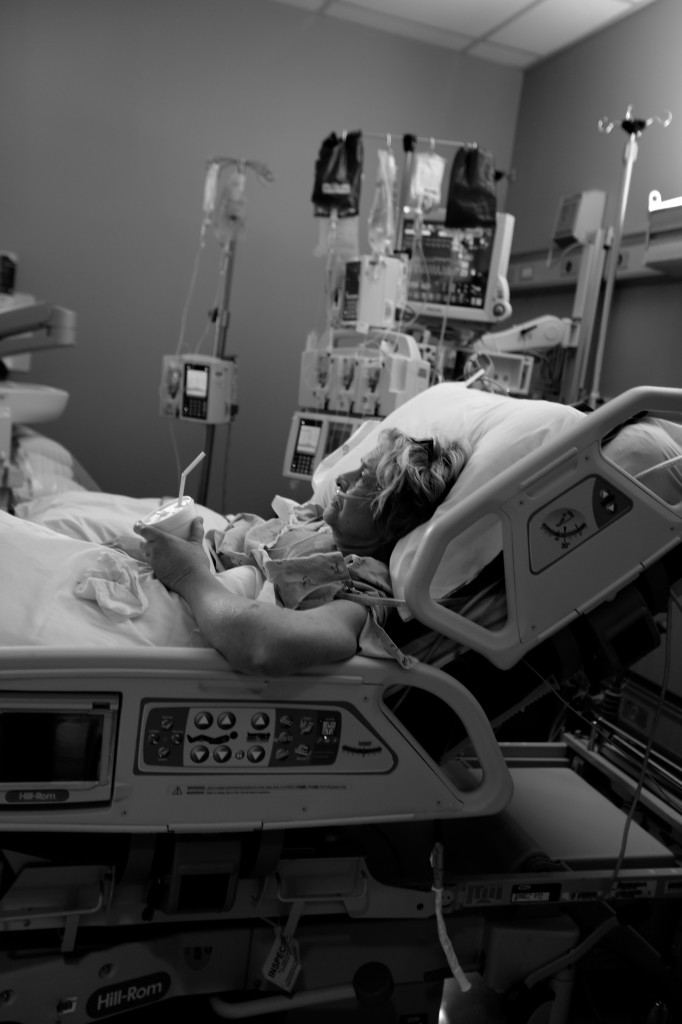