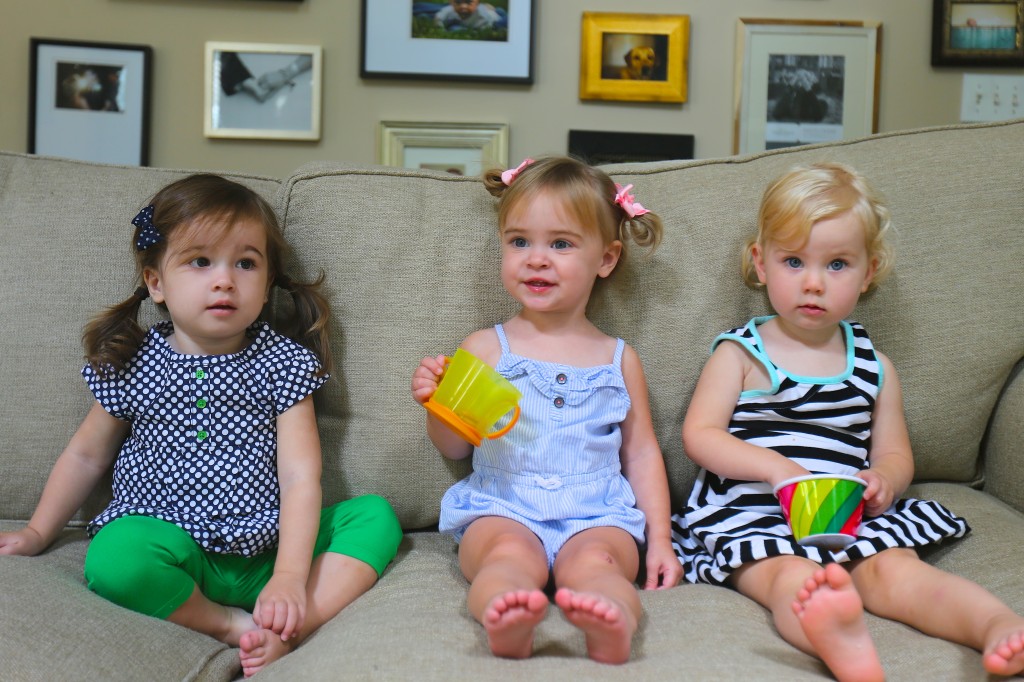 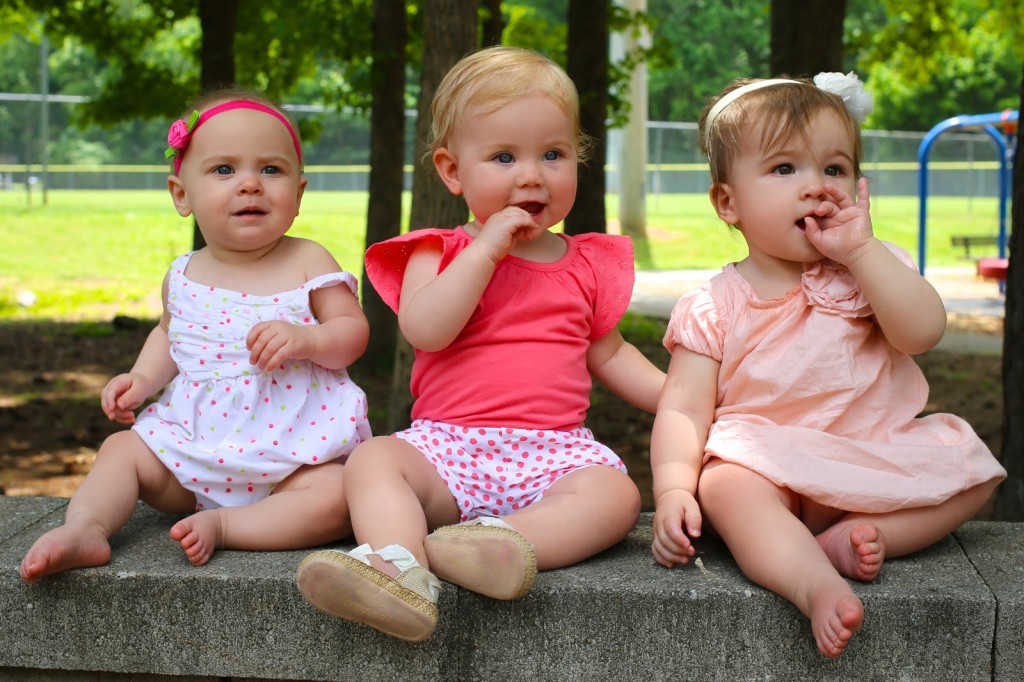 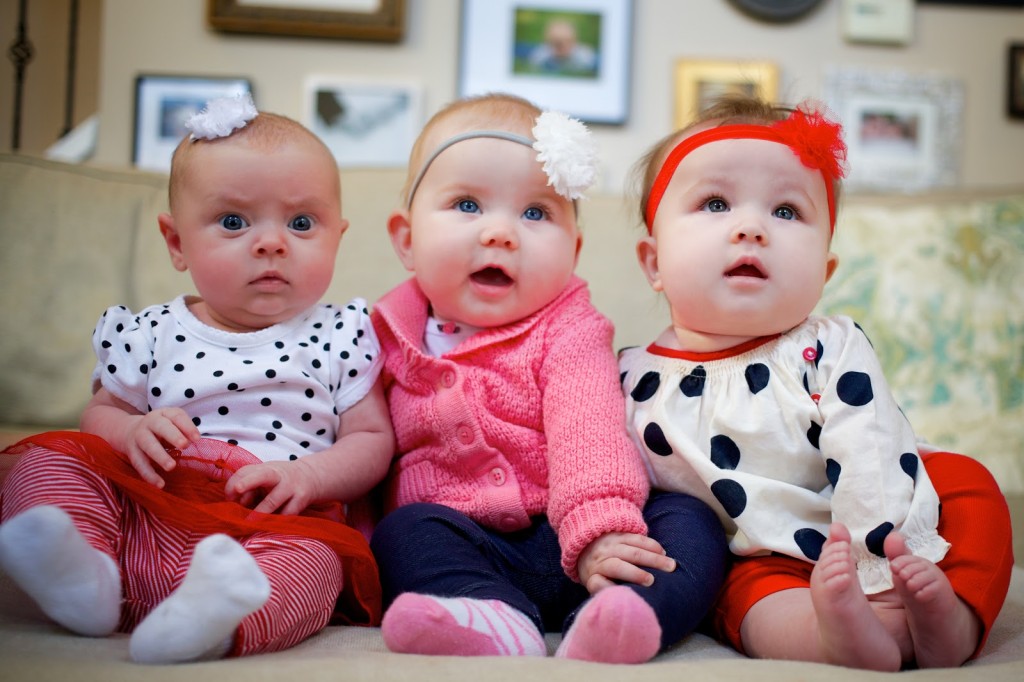 Our dear friends, the Engerts, recently came to visit their friends and family here in Georgia and managed to make a pit stop at Amityville. ;) Ryan and I spent two years living four doors away from Joe and Danielle, and now that it’s more like four states away, we relish every moment we get to have with them. Our two daughters, Emerson and E.V., were born only two weeks apart, and with the arrival of the Engerts’ second daughter this fall, we’ll have grown by FOUR GIRLS over the past couple of years. Man, how times change!

In 2012 when Joe and Danielle first visited after moving to D.C., I snapped a shot of Emerson, E.V. and Harper (our friend Chelsea’s daughter), and I about died at the cuteness. Then, when Emerson had her first birthday party here in Georgia in 2013, we reunited the girls for another shot. Since the Engerts were in town again this year at about the same time, we decided to grab a third picture of them in the series. (I had Cricket ready and waiting in the wings to join, but I think that we’ll wait until Baby Engert can also join the group next year, especially considering Kit can’t even sit up herself!) Each year has been quite an ordeal trying to get three squirmy kids to all sit still simultaneously, but I felt certain that this year they’d finally be old enough to pose for real finally. Wrong. The only time they were all in unison was when we gave them permission to jump on the couch — and my shutter was too slow to properly catch their excitement. (Womp. Womp.) Maybe next year? ;) 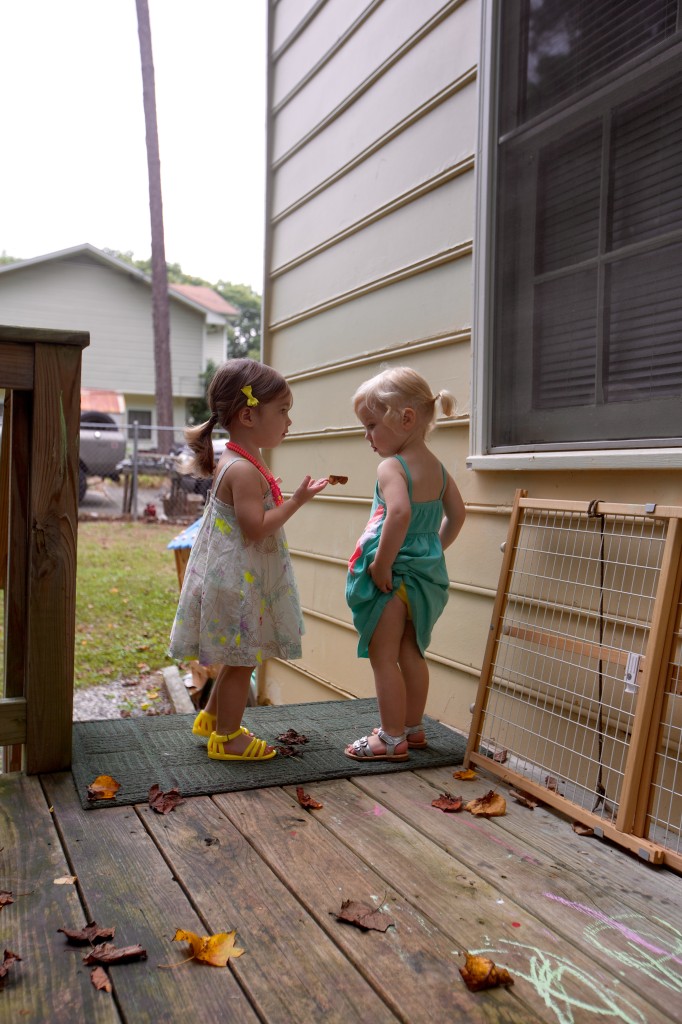 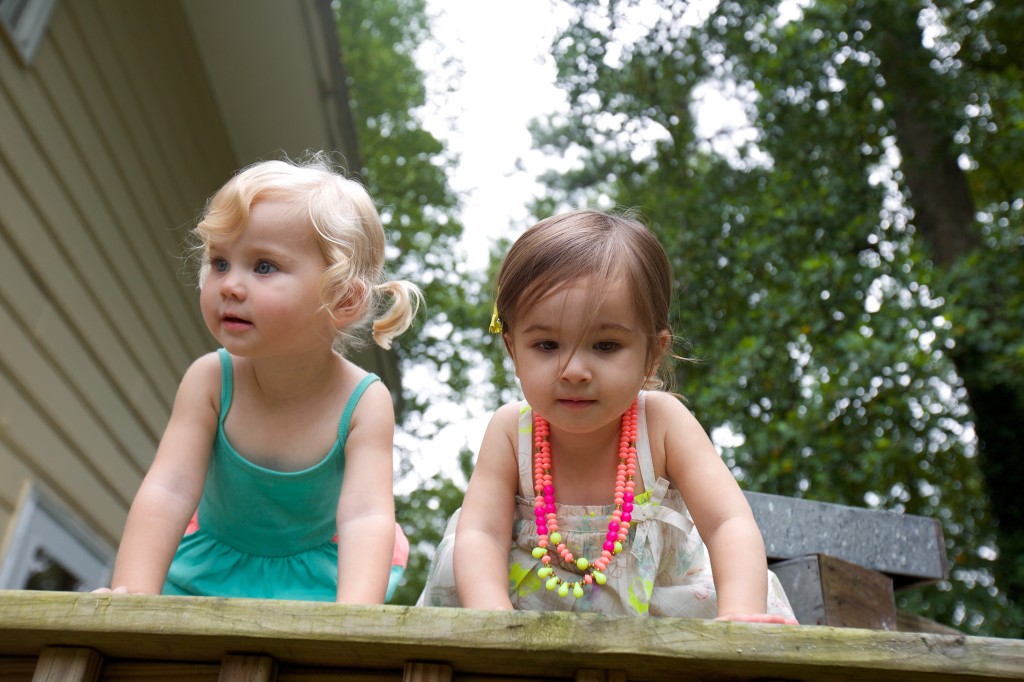 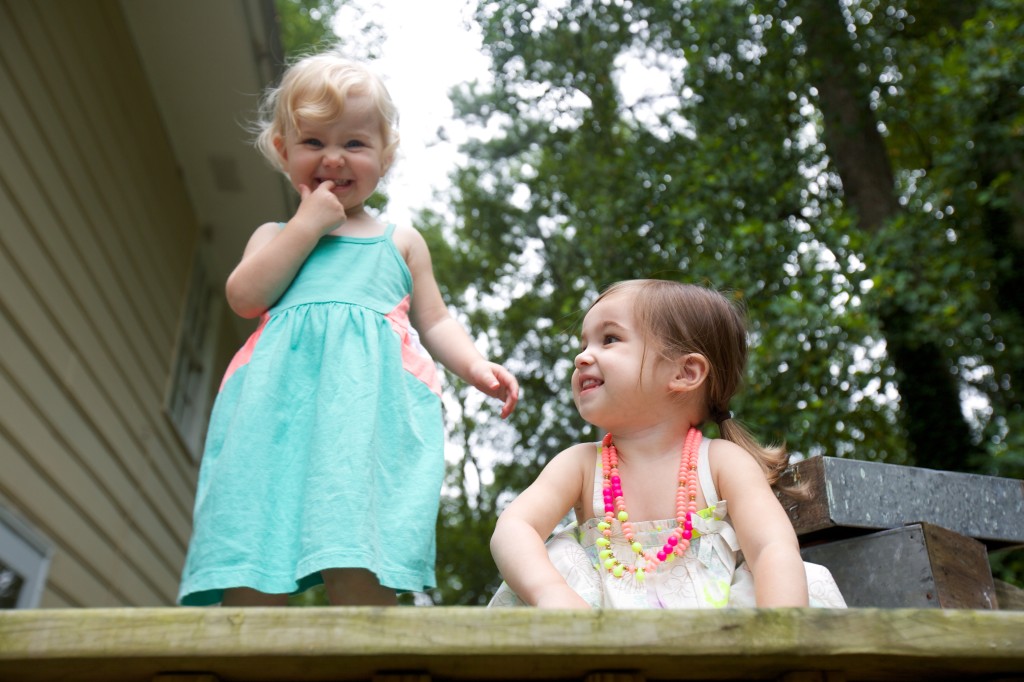 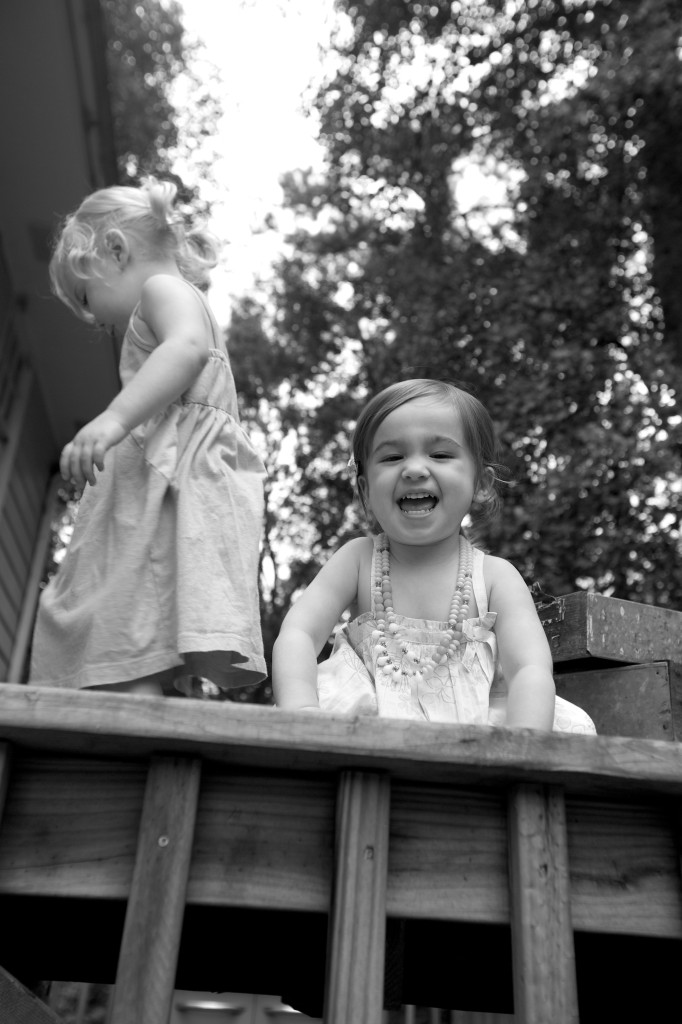 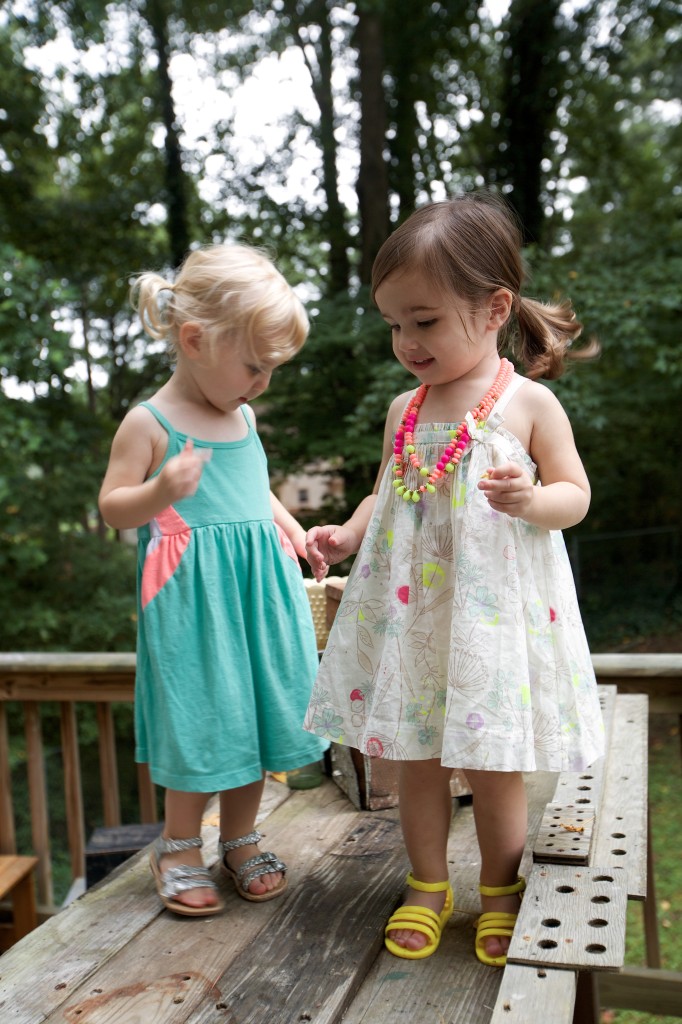 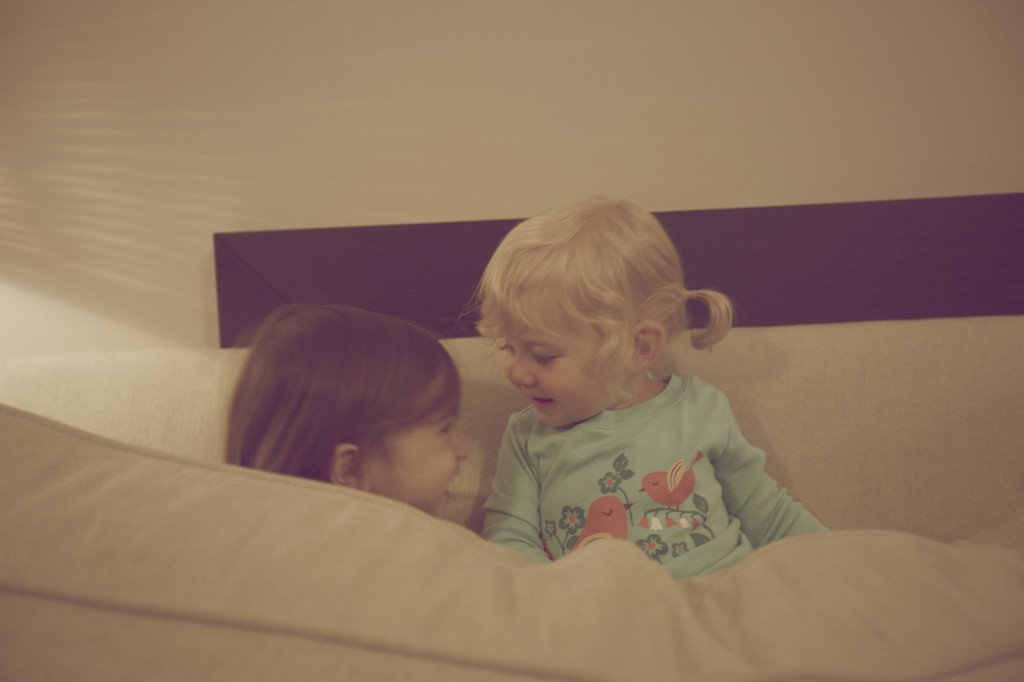 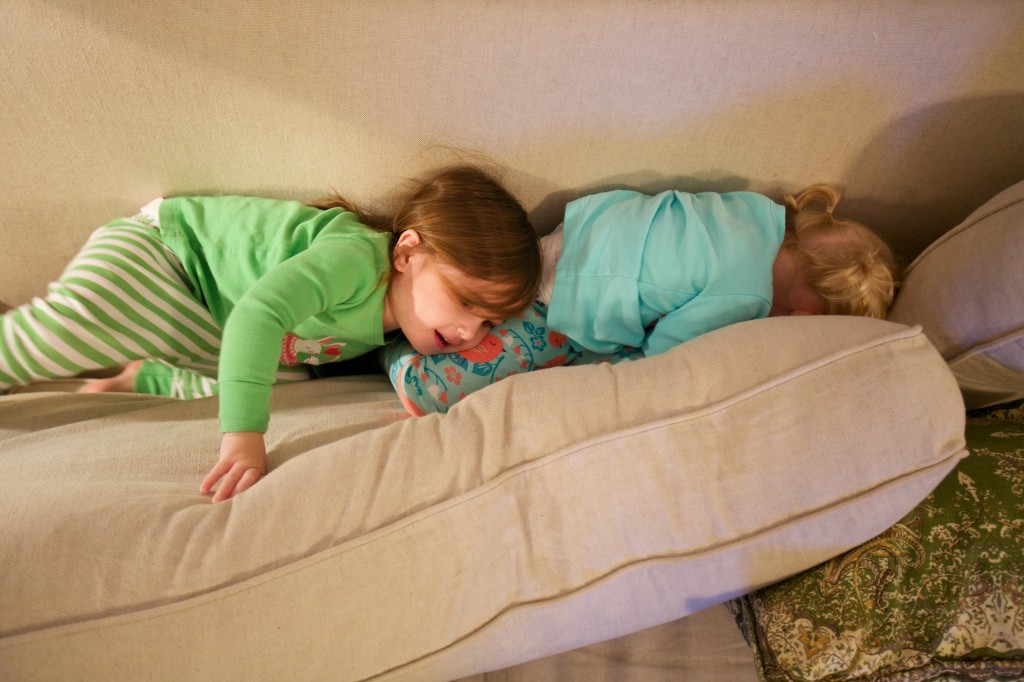 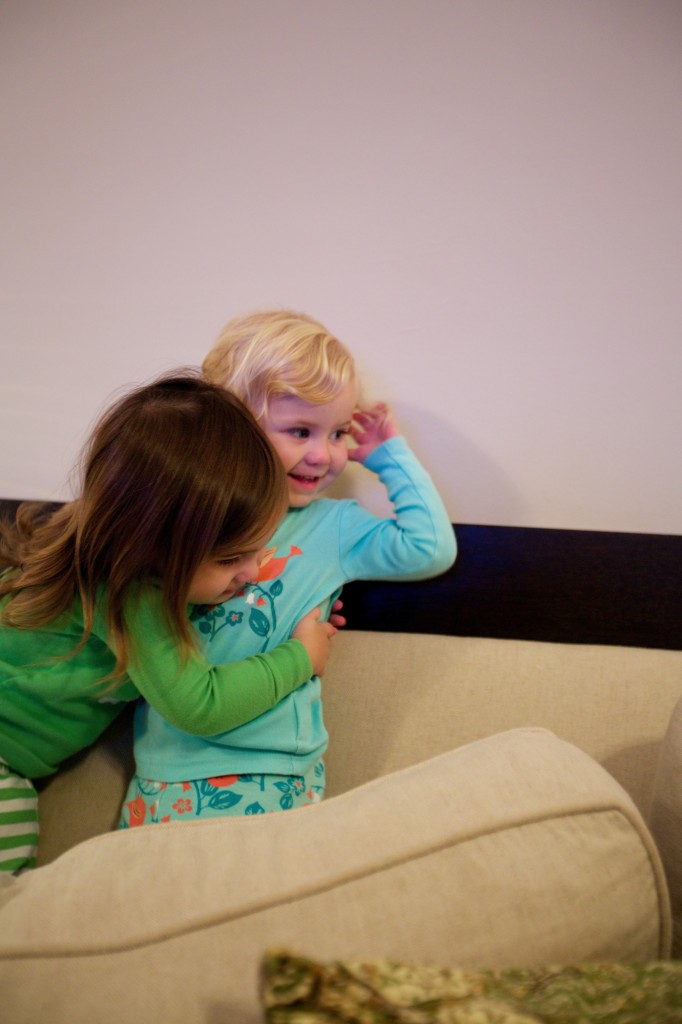 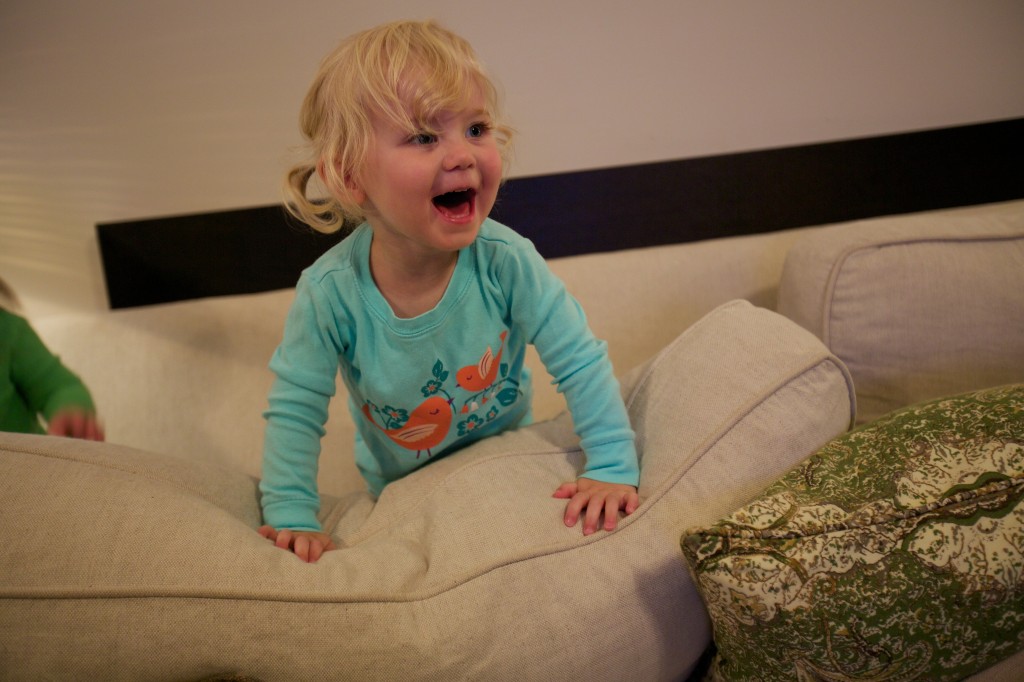 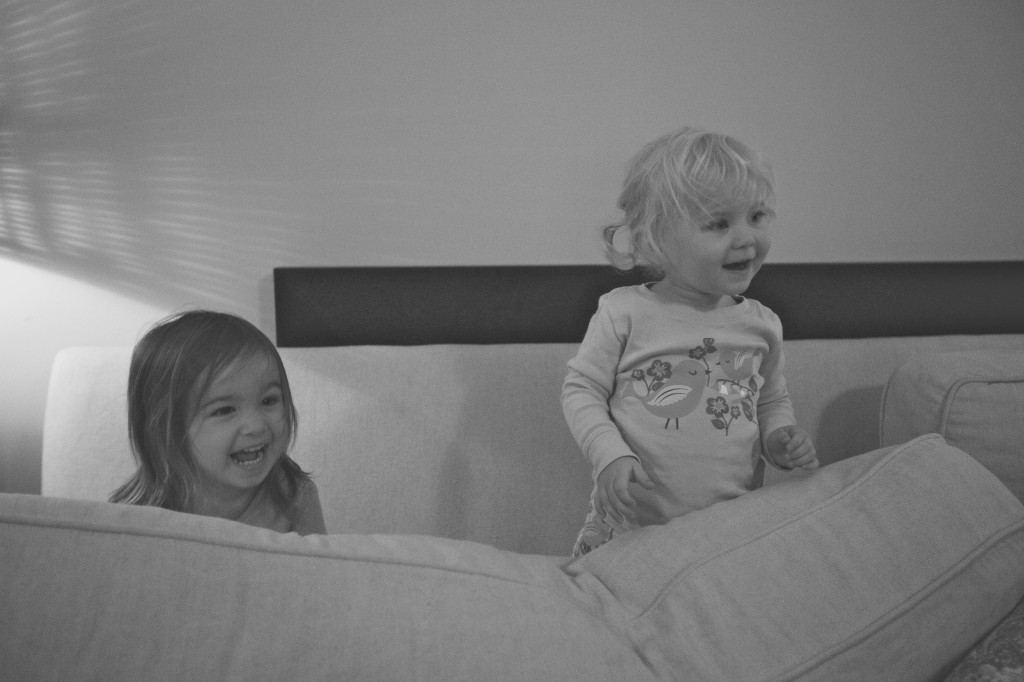 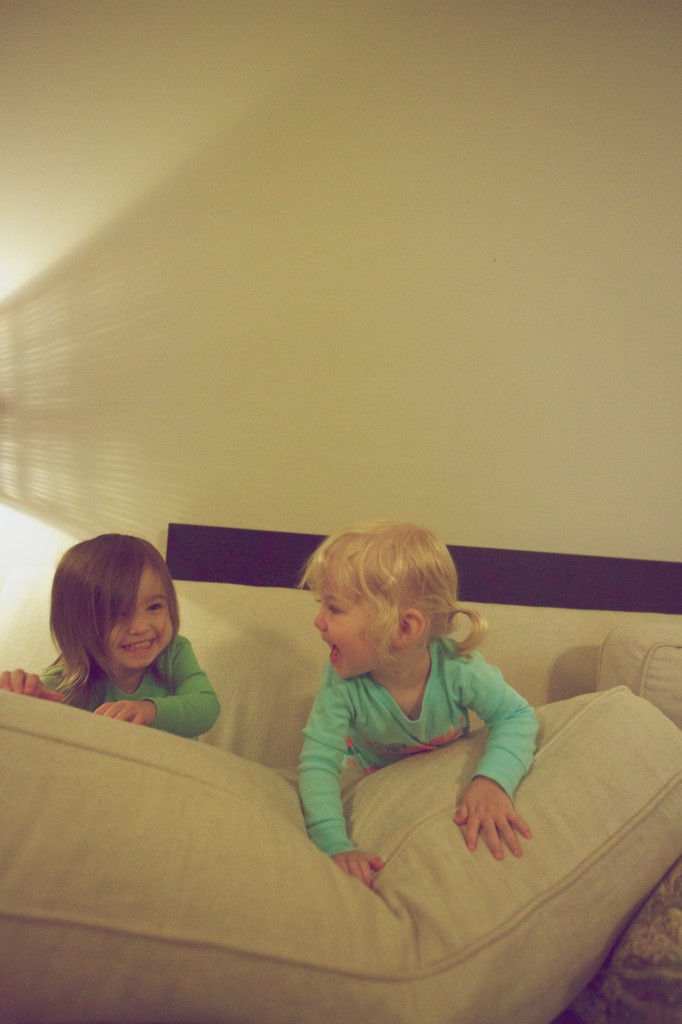 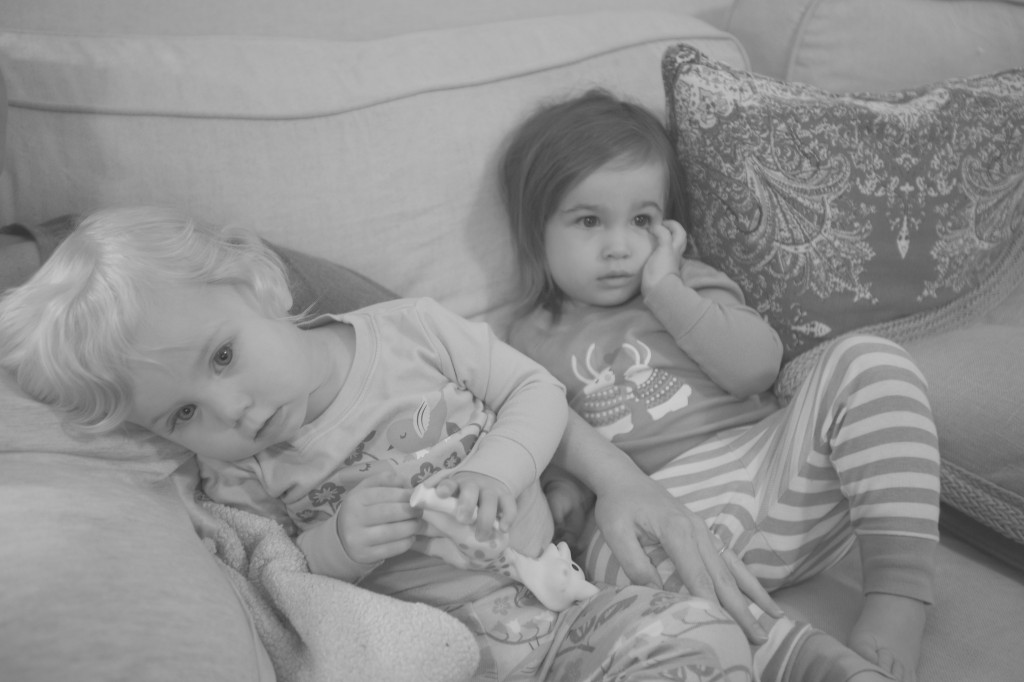 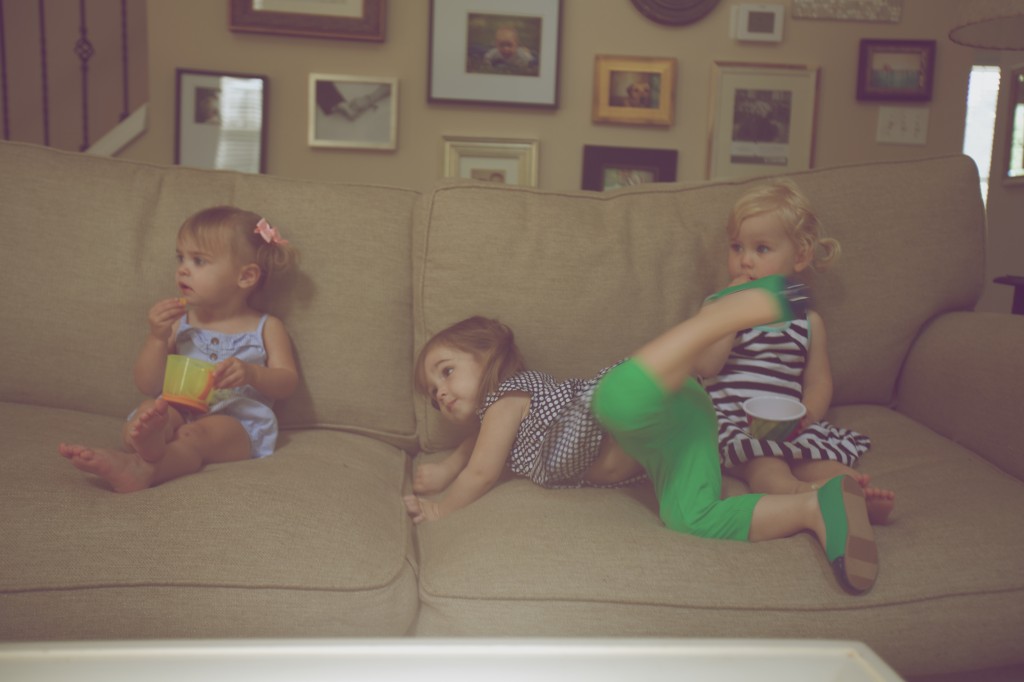 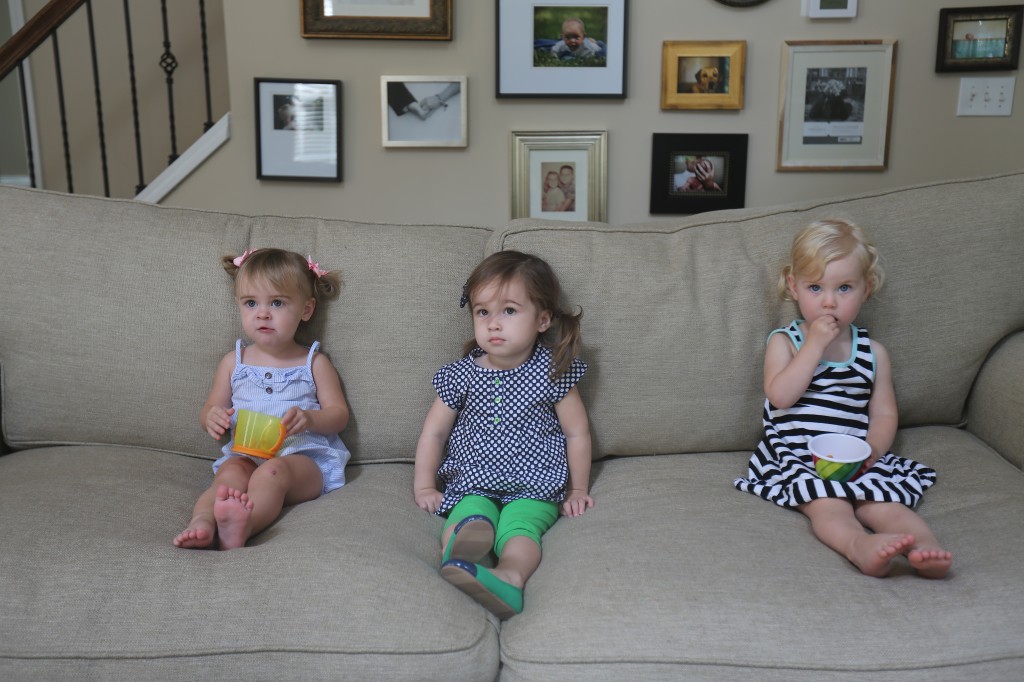 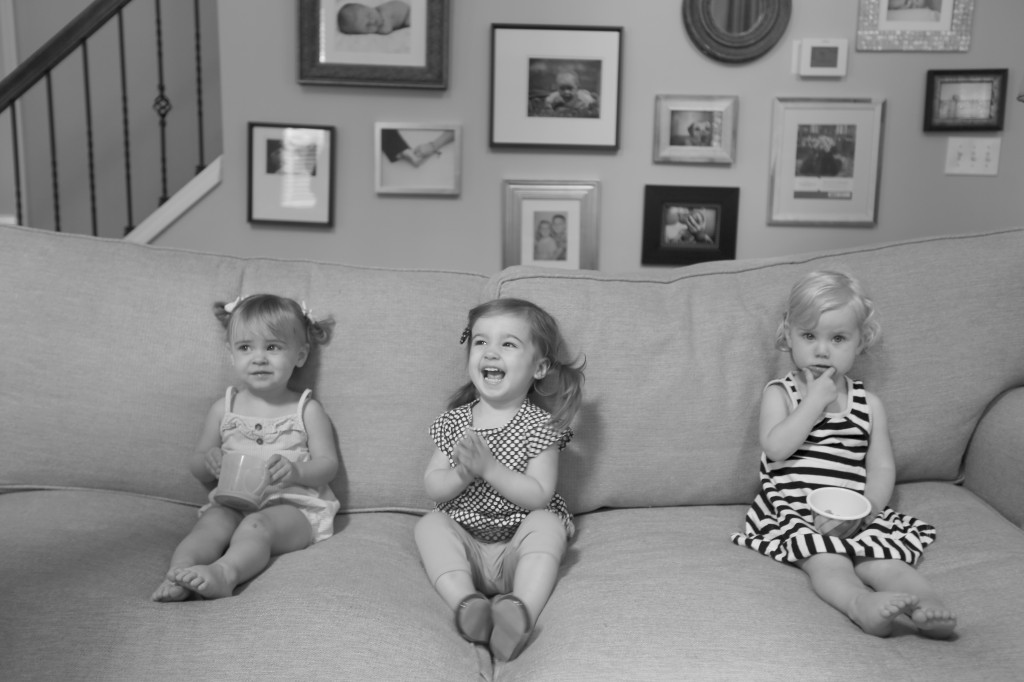 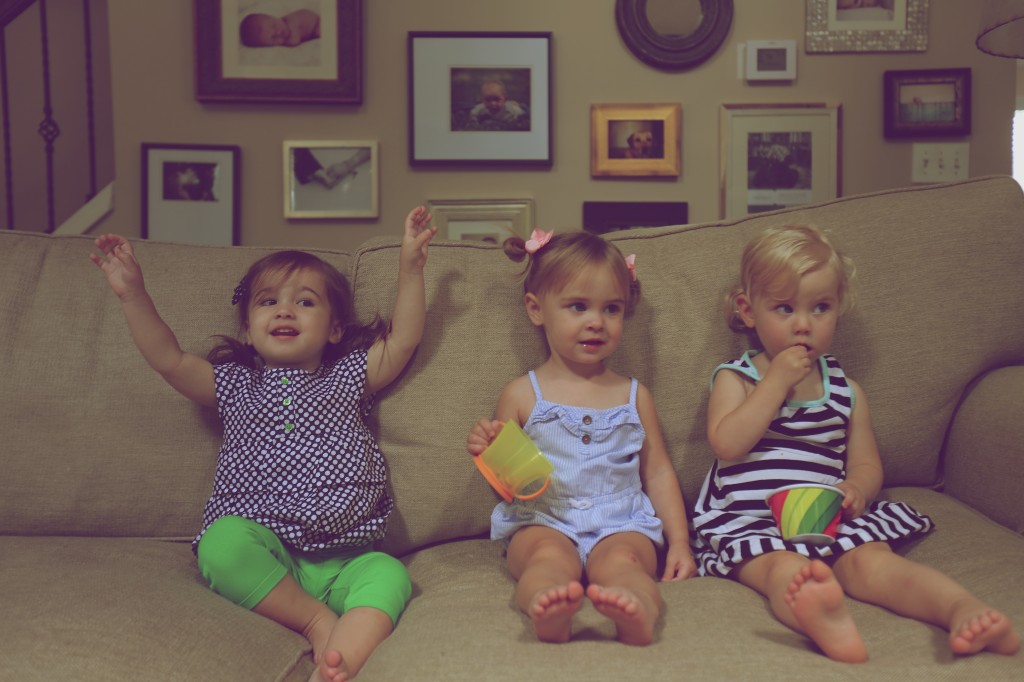 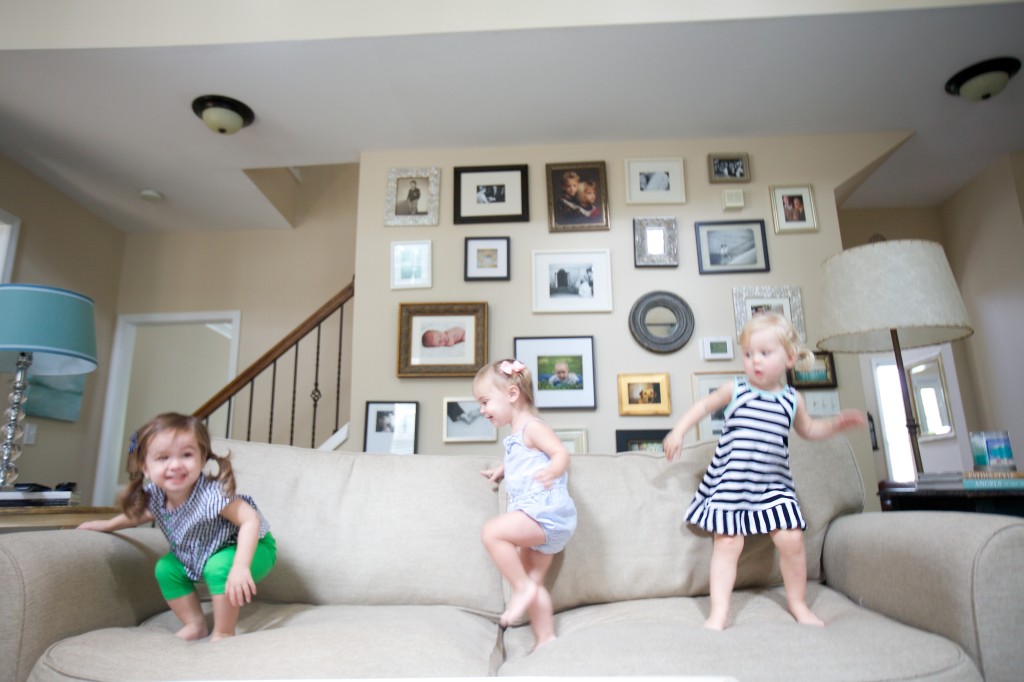 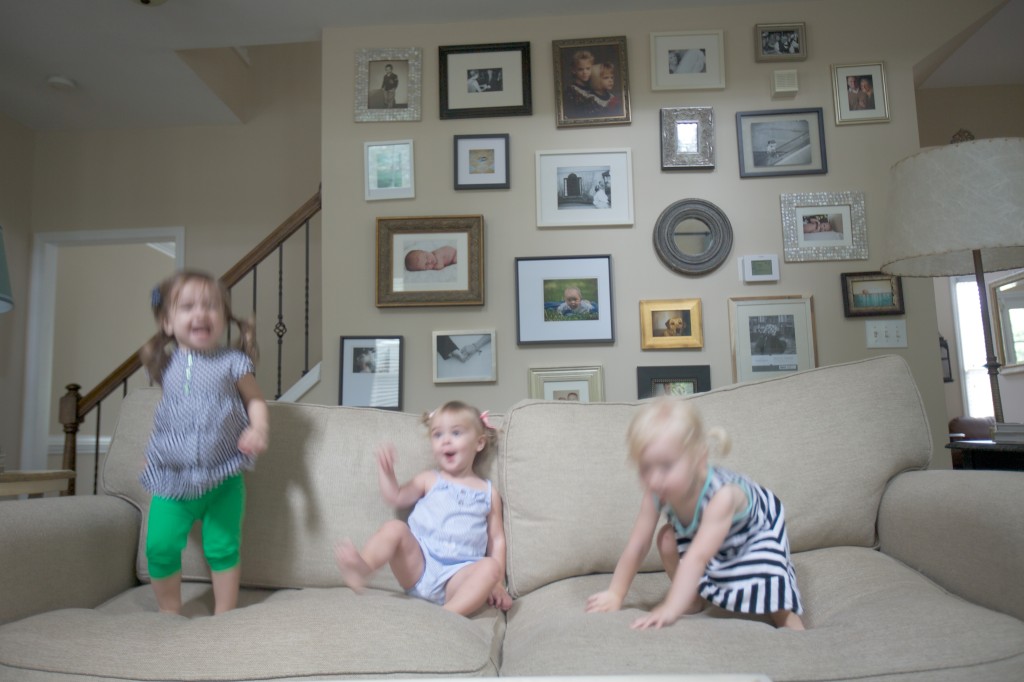