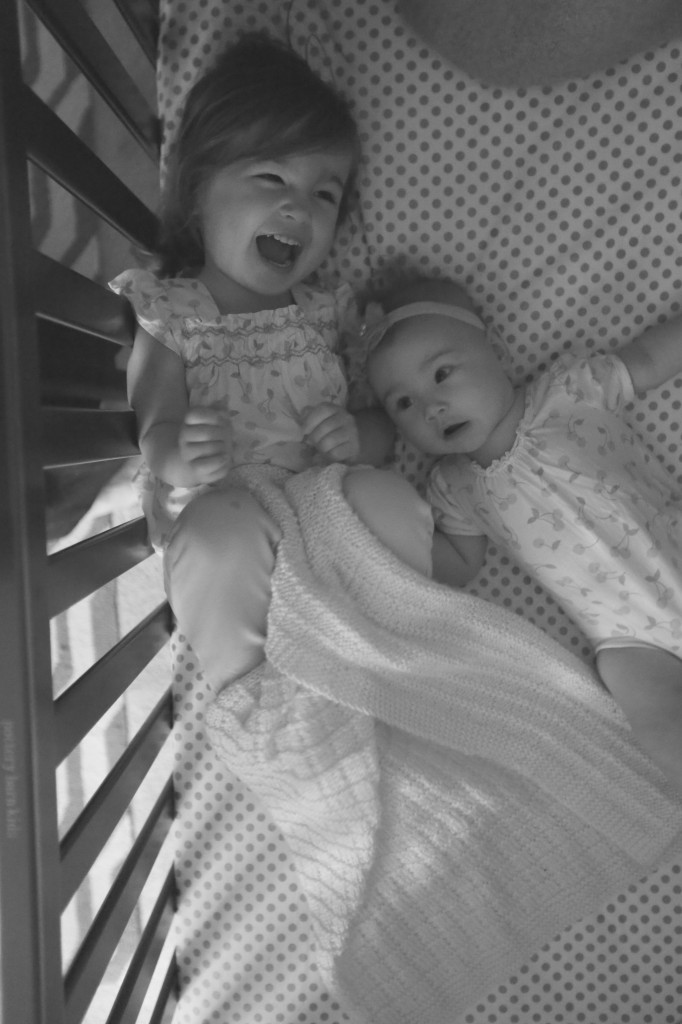 When I was pregnant with Emma Vance, I had two very vivid and upsetting dreams that she had been kidnapped. They were the worst nightmares I’ve ever had, and I’d generally put them out of my mind — that is, until earlier this week when I thought E.V. had really been kidnapped. (Spoiler alert: She wasn’t.)

I had an urgent, timely errand to run, but it was almost nap time. (A mom’s worst nightmare!) I decided to be quick about my business, packed up the girls and rushed over to a small women’s boutique. There weren’t many people there, but of course the time of day caused E.V. to act like wild woman, which was embarrassing. Well, it would’ve been embarrassing if I had cared even one ounce what anyone thought of me, but thankfully motherhood has a wonderful way of taking away any sense of pride one might have. ;) An associate was helping me from behind a desk, and so as E.V. tried to run away while the woman typed on her computer, I set Cricket down (in her carseat) next to the woman as I chased my toddler. As I ran around, Cricket began screeching, which means “I’m about to fall asleep” in Cricket terms, so I let her get settled safely under the woman’s watch while I ran around the small store. Emma Vance is one fast little girl, and as I rounded a corner only a few steps behind her, she disappeared. I glanced all around me, ran back and forth for 30 seconds while shouting her name, and then began panicking. How did she get away from me that fast??? I asked for help from a nearby associate in a high-pitched, worrisome tone, but she just looked at me blankly. So I took matters into my own hands.

“Everyone! Help! My toddler is missing. I need everyone’s eyes! Does anyone see her?!?”

{about 5 seconds of mass panic ensues}

She had ducked behind a table, crawled into a bottom shelf of a display and found a thumbtack to play with (which is why she didn’t want me to find her).

{collective sigh of relief as everyone goes back to browsing}

I grabbed her, chastised her quietly and exchanged a sheepish grin with a nearby girl about my age. She gave me a sympathetic look and mumbled something about when her kid ran away once, and then let me slink away with my shredded sense of self. Cricket was still screeching at the woman’s feet as I pulled E.V. back to the desk. At least she wasn’t kidnapped, right?

You would think my Debacle Quota had been filled for the day, but, noooo, that would be too easy. While I had chased E.V., the woman had finished my order and was ready for me to check out. Cricket was still screeching at my feet in her car seat as I set E.V. on the desk in front of me to grab my credit card. Emma Vance made a small scene as she grabbed for every off-limits item within reach, so I was relieved to hear that Cricket had finally fallen silently asleep as expected as the woman handed me the receipt. After I finished signing my name, I hoisted E.V. up off the desk and set her down on the floor next to Cri — CRICKET?!? WHERE IS CRICKET!

I was staring at an EMPTY car seat. I have never felt such a terrible, almost undefinable sense of panic and loss. To say my stomach dropped doesn’t even do the emotion justice. It was more like my stomach imploded. And then exploded. Like when you drop Mentos into a liter of Coke. And then throw in some Pop Rocks. And then shake it. And throw it into a live minefield.

I was so confused. She had literally been at my feet and audibly screeching less than a minute ago. How did a kidnapper take my child right from under my nose???

{another 5 seconds of mass panic ensues}

I have your baby! She’s right here…

The emergence of a female associate from the far side of the store with Cricket in her arms resulted in the dirtiest, nastiest look that has ever crossed my face, and she was clearly offended by my reaction.

I mean, didn’t you hear her crying???

I snapped back at her. “She was falling asleep! It’s her nap time! I thought she had finally fallen asleep!”

I mean, now that I’m calm and a few days has passed, I know that the woman was trying to be helpful. She probably saw me as a frazzled mother in over her head and thought, “That poor woman! Chasing around a crazy toddler and a crying baby at her feet! Let me just pick up that sweet baby to help her out.” However — and I mean this in the nicest way — What. The. Eff.

Who unbuckles a random stranger’s baby, picks her up, walks away and — here’s the kicker — NEVER SAYS A WORD TO THE MOTHER??? I’m pretty sure that counts as kidnapping. In a court of law it’d at least be deemed “kidnapping with good intentions.”

By this point I’m pretty sure that employees and customers alike were ready for me to leave the store. I snatched Cricket back without an ounce of gratitude (once again, you took my baby without telling me, so sorry if I seemed upset at your good deed), buckled her in and huffed out of the store. The woman clearly thought I’d be more appreciative, so she had a bit of an attitude as I stormed away, but, once again, motherhood has a wonderful way of taking away any sense of pride one might have.

It took the rest of the day for my adrenaline to dissipate. In the span of 10 minutes both of my daughters were lost and then found. It was horrific to say the least. Although it was definitely my fault for not having a full grip on both of my kids (maybe the inventors of those kid leashes aren’t so crazy after all??), I’m pretty sure that I won’t be shopping at that store again. Ever. Ever-ever. Nor will I ever leave the cocoon that is my home during nap time again. Ever. Ever-ever-ever. :) 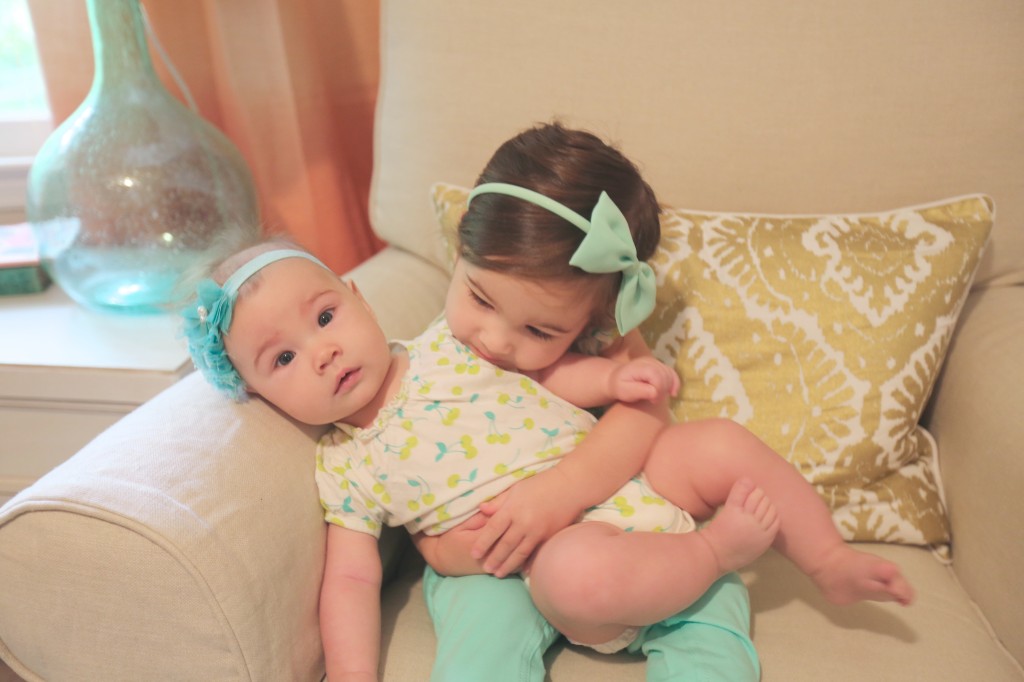 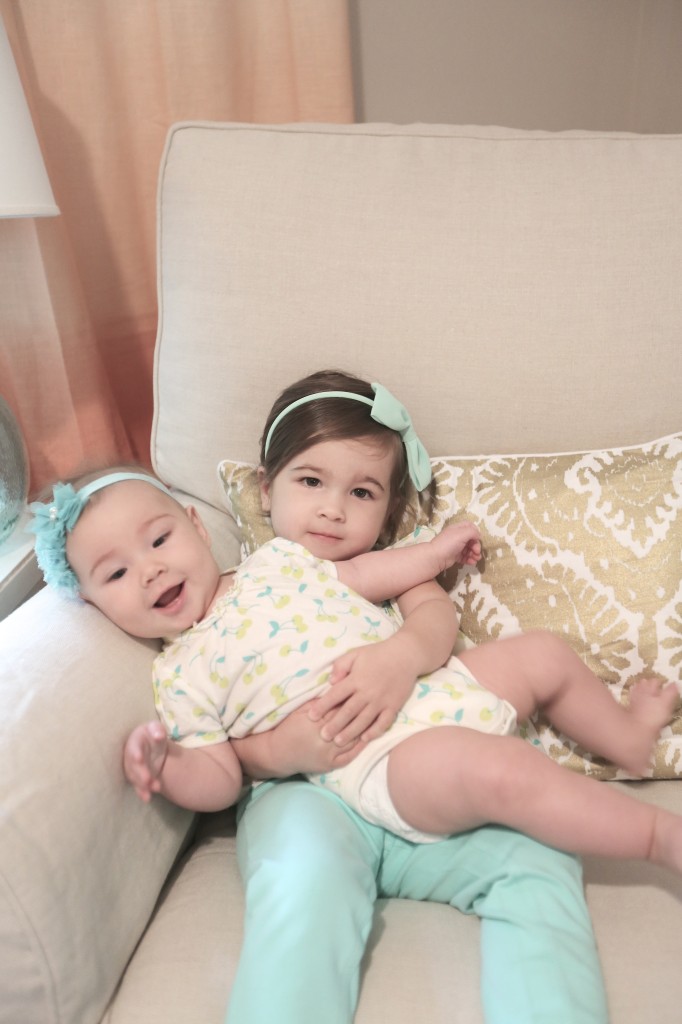 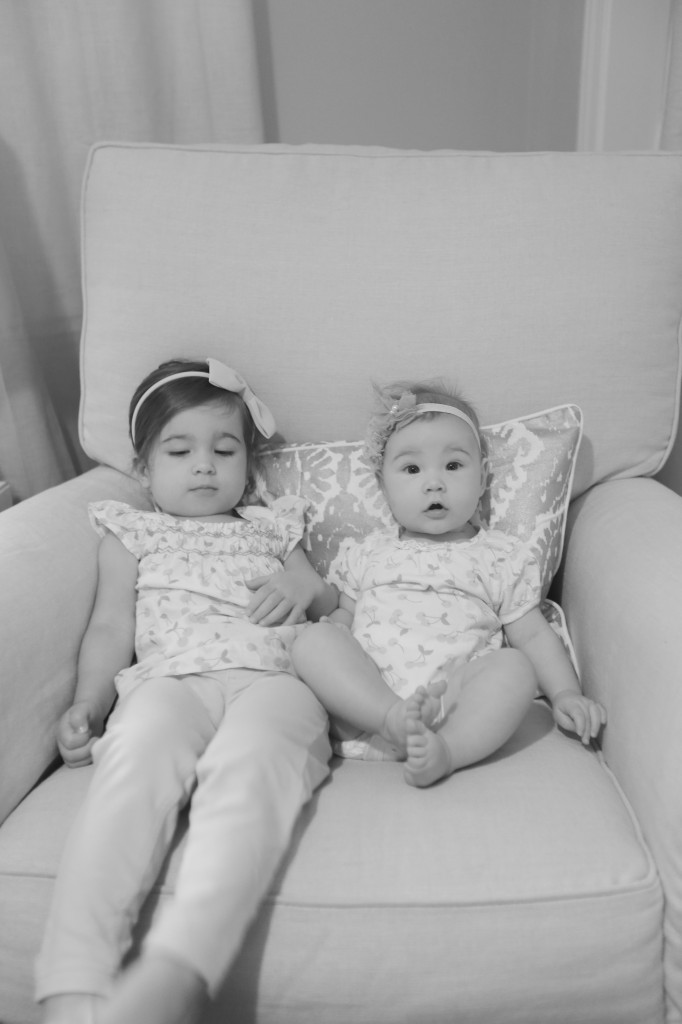 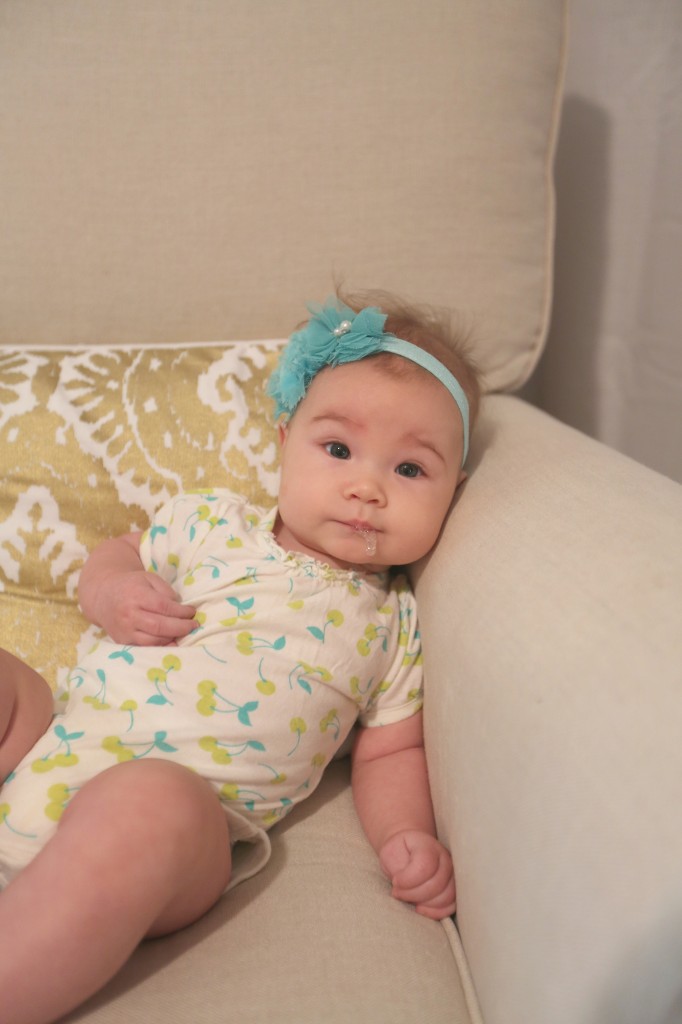 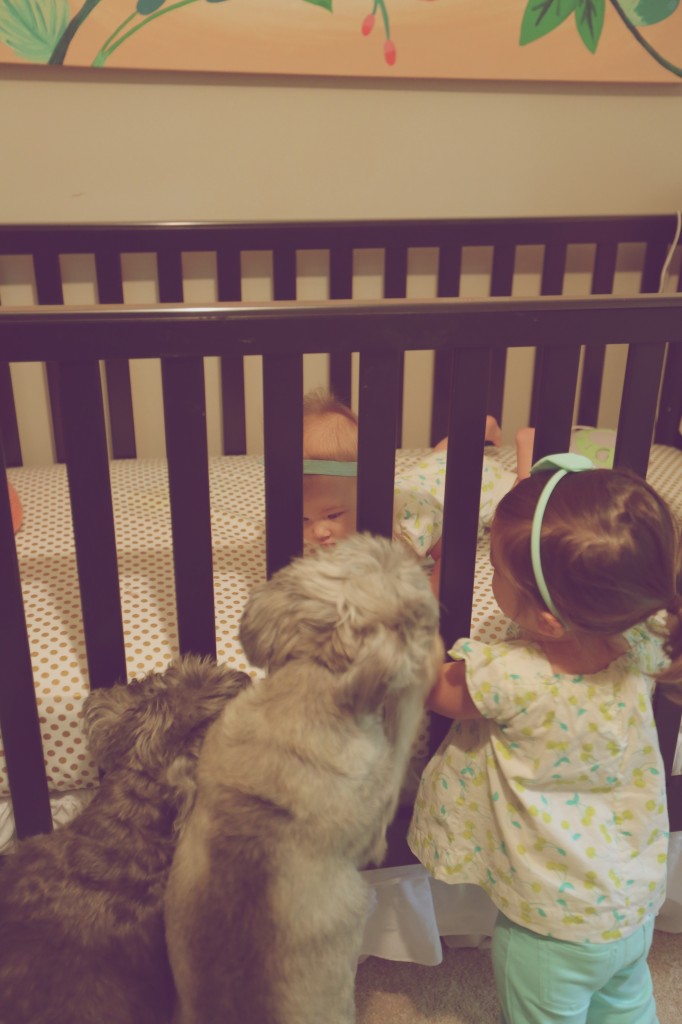 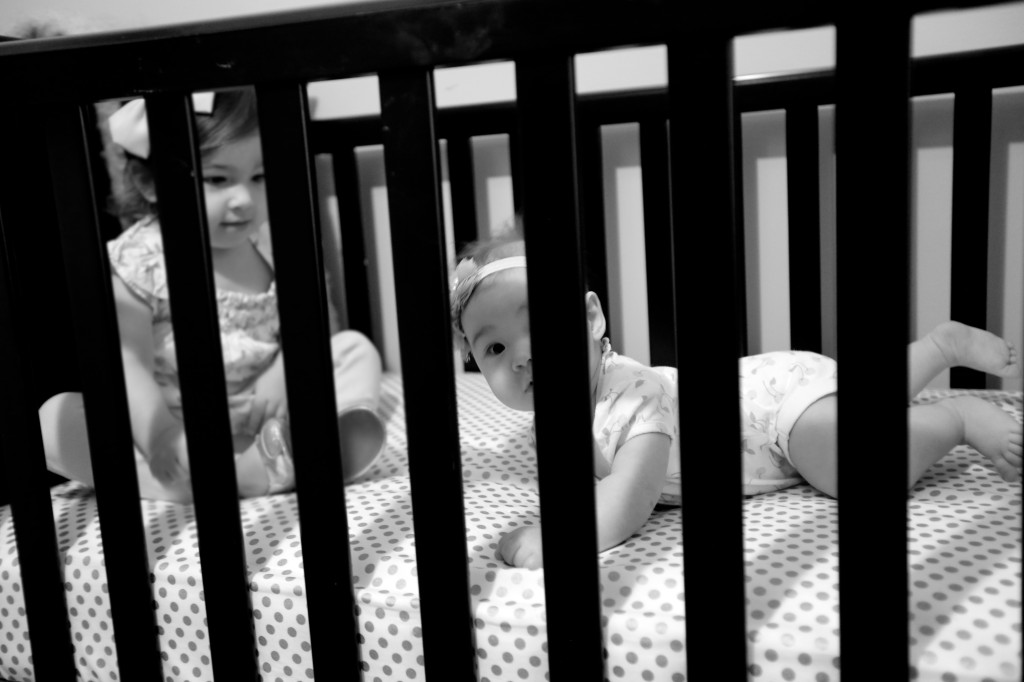 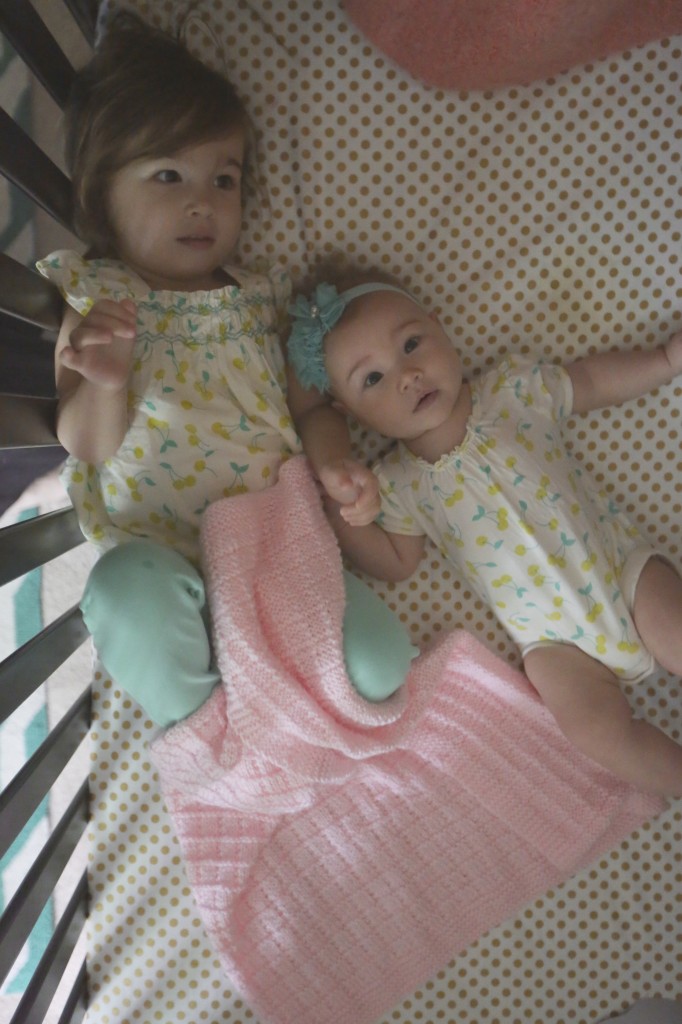