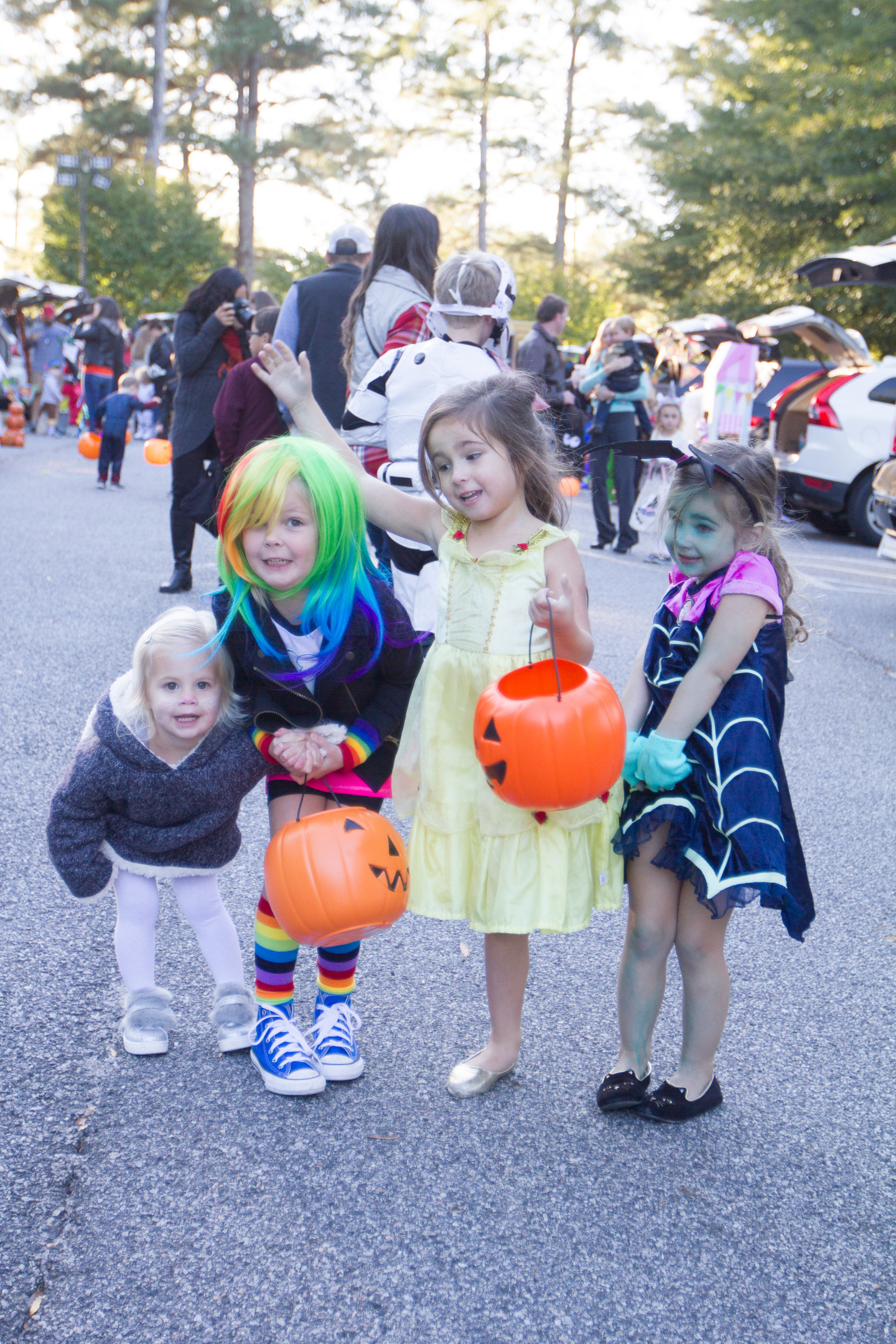 Y’all, I TOTALLY fell into that parenting trap where your child convinces you that they’re sure they know what they want to be for Halloween and they promise they won’t change their mind if you just please please please buy that costume. I fell for it. FIVE TIMES.

For October 31st, I try to make the girls’ costumes each year, so once I start sewing, there’s no turning back. But there’s also one million dress-up events leading up to real Halloween, so E.V. and Cricket get to decide what they wear to things like, say, Trunk or Treat at preschool.

In September, Cricket insisted she HAD to have this shiny Ariel dress from Kid-to-Kid, so I bought it, and she’s been talking about wearing it to Trunk or Treat for weeks. Until Tuesday, that is, when she changed her mind and wanted to wear her Vampirina dress with blue skin. So I did what any logical, cheap mom would do. I bought blue eyeshadow and let her have at it.

As Cricket blued herself, Emma Vance proceeded to do a dozen costume changes, starting with Princess Leia (“The One” according to E.V. circa one month ago), moving to Rey (which was “too big” even though the costume pants were intentionally harem-style), and straight past Wonder Woman (“I want to save it for church dress-up”), and ignoring the cute cupcake I found to match my grown-up costume (why did I even bother buying it? #lostcause). Then she put together this random outfit and called it a genie, and I gave it a thumbs up. I even added blue eyeshadow (bonus), eyeliner and red lipstick. Voila! Emma Vance loved it–until she messed up her lipstick. Then there were tears. And moans. And wails. And despair. And, even though I told her it was fixable, we had to wipe her face down and find a whole new costume. Good thing we have a big dress-up closet! Half a dozen more rejected costumes later, and I found my little five year old curled up in a naked ball in the corner crying.

Why are you crying? There are lots of costumes to choose from here!

“Because we don’t have what I really wanted to be.”

What’s that? (Holding back the comment that I’ve actually bought FOUR costumes that you claimed ‘you really wanted to be.’)

{Insert shock, then laughter all around.}

With the tension broken, E.V. finally landed on being Belle (again) for Trunk or Treat. Meanwhile, back in the bathroom, Cricket had finished rubbing eyeshadow all over her body and had moved on to doing her own eyeliner. She was so proud of her skills, until she looked in the mirror and immediately started sobbing and screaming. (“It doesn’t look good!”) Another wiped face, another coat of blue eyeshadow, and exactly 45 minutes later than planned, I left our house with a once-again Belle and a zombie/vampire and headed to preschool. Where it was freezing. And in the madness, I hadn’t even thought an ounce about the weather. Hey, I was lucky they got dressed at all! :)

Let’s just cross our fingers that real Halloween goes much smoother — and that Cricket’s face doesn’t stay blue forever because today I sent a semi-zombie to school. ;) 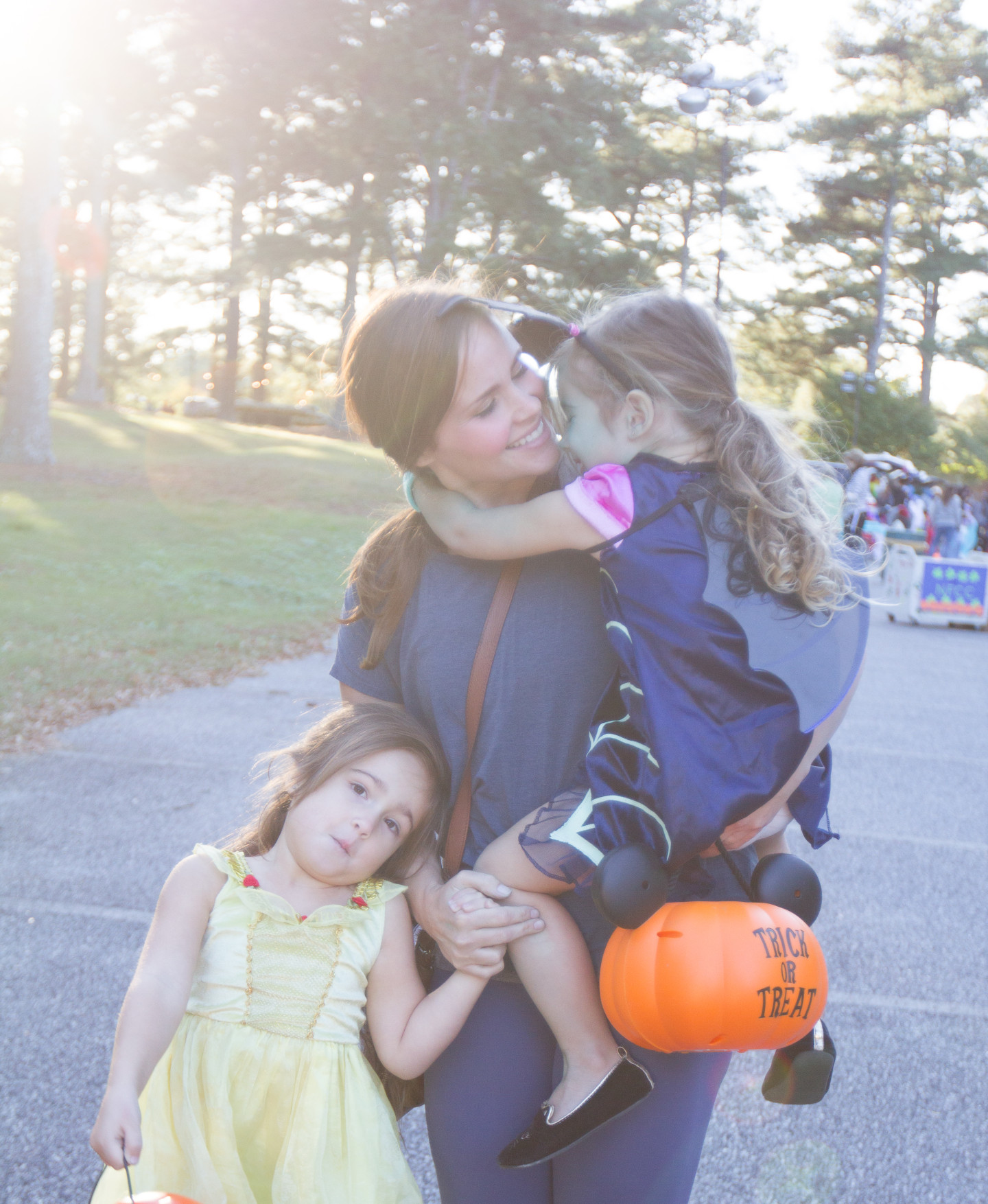 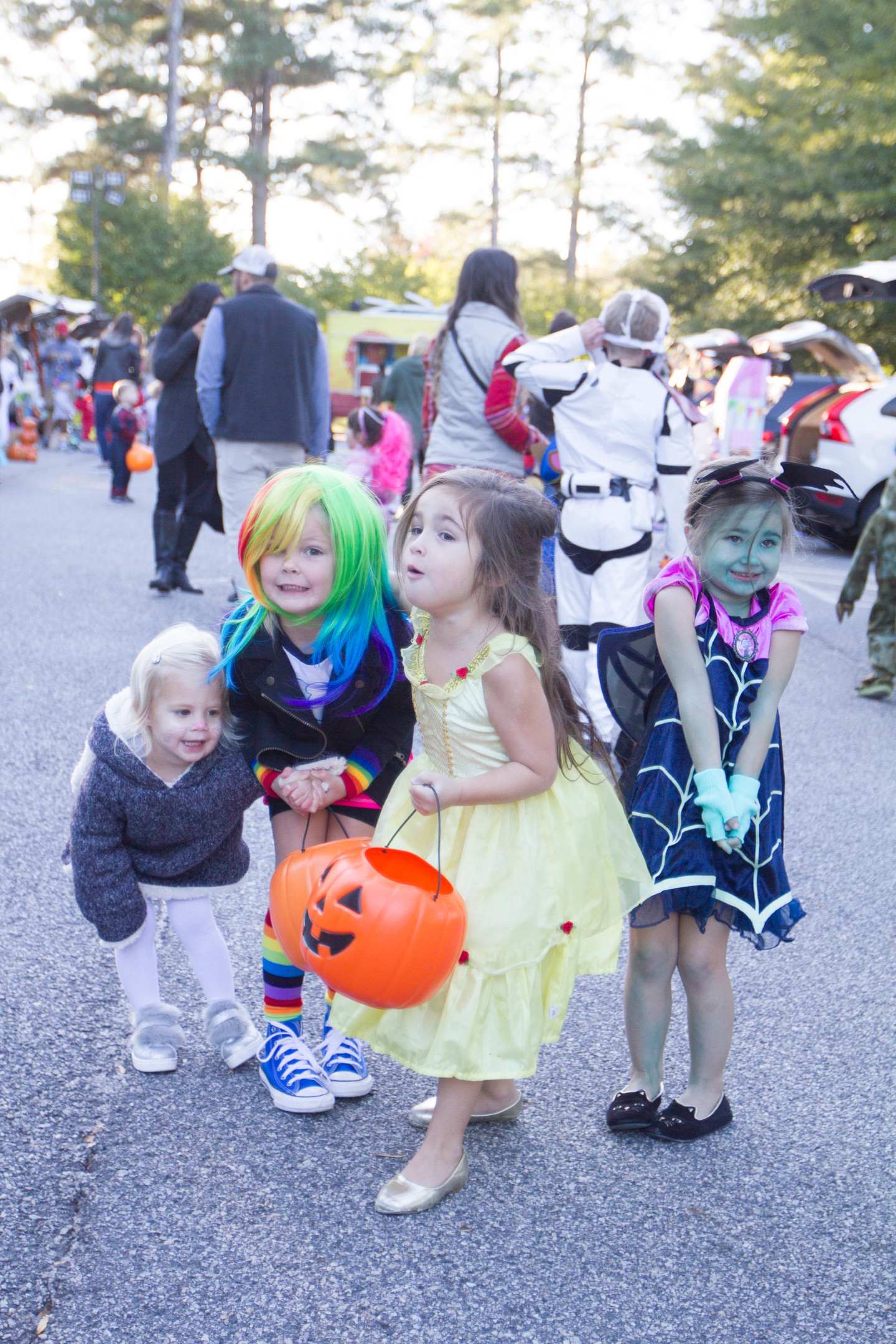 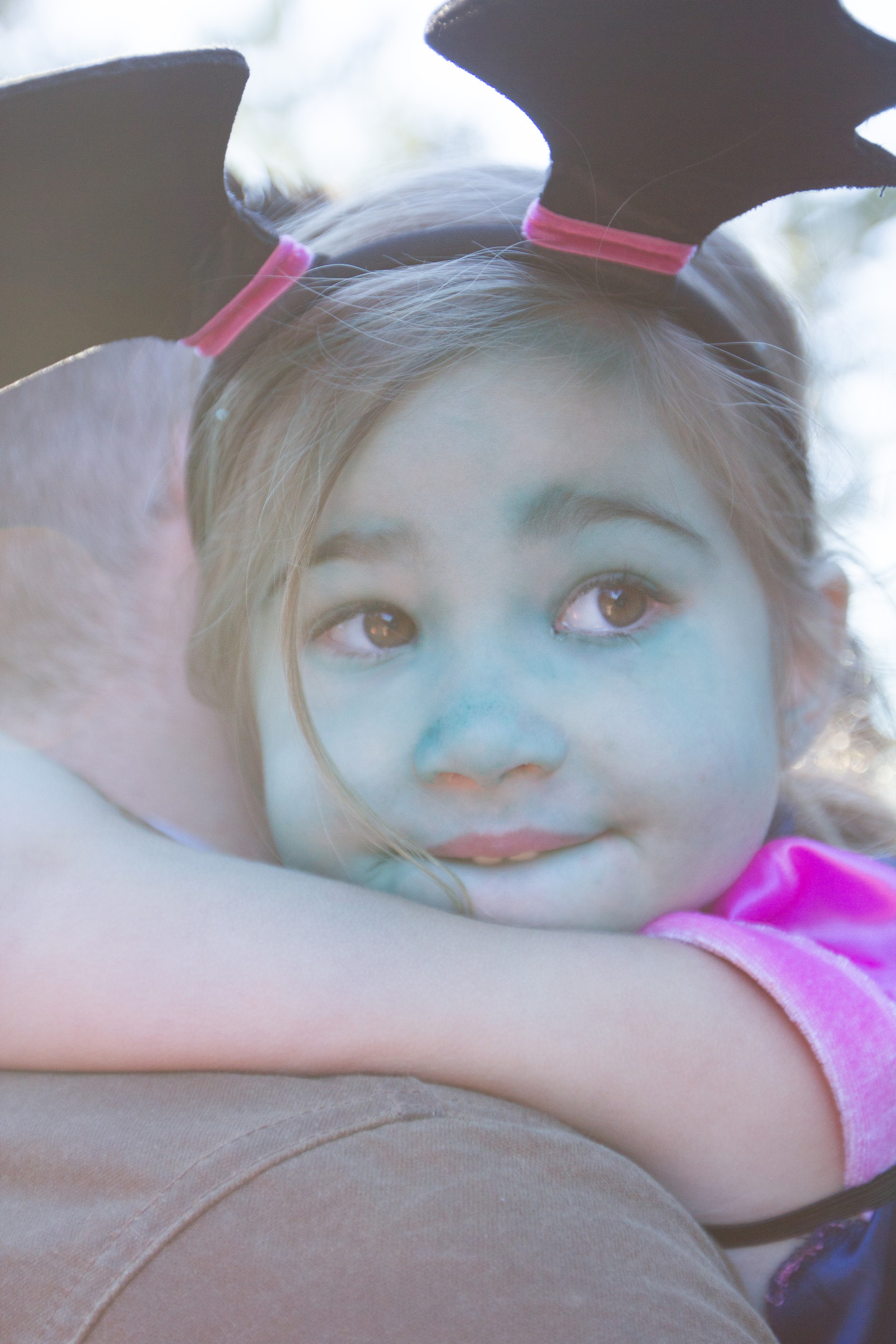 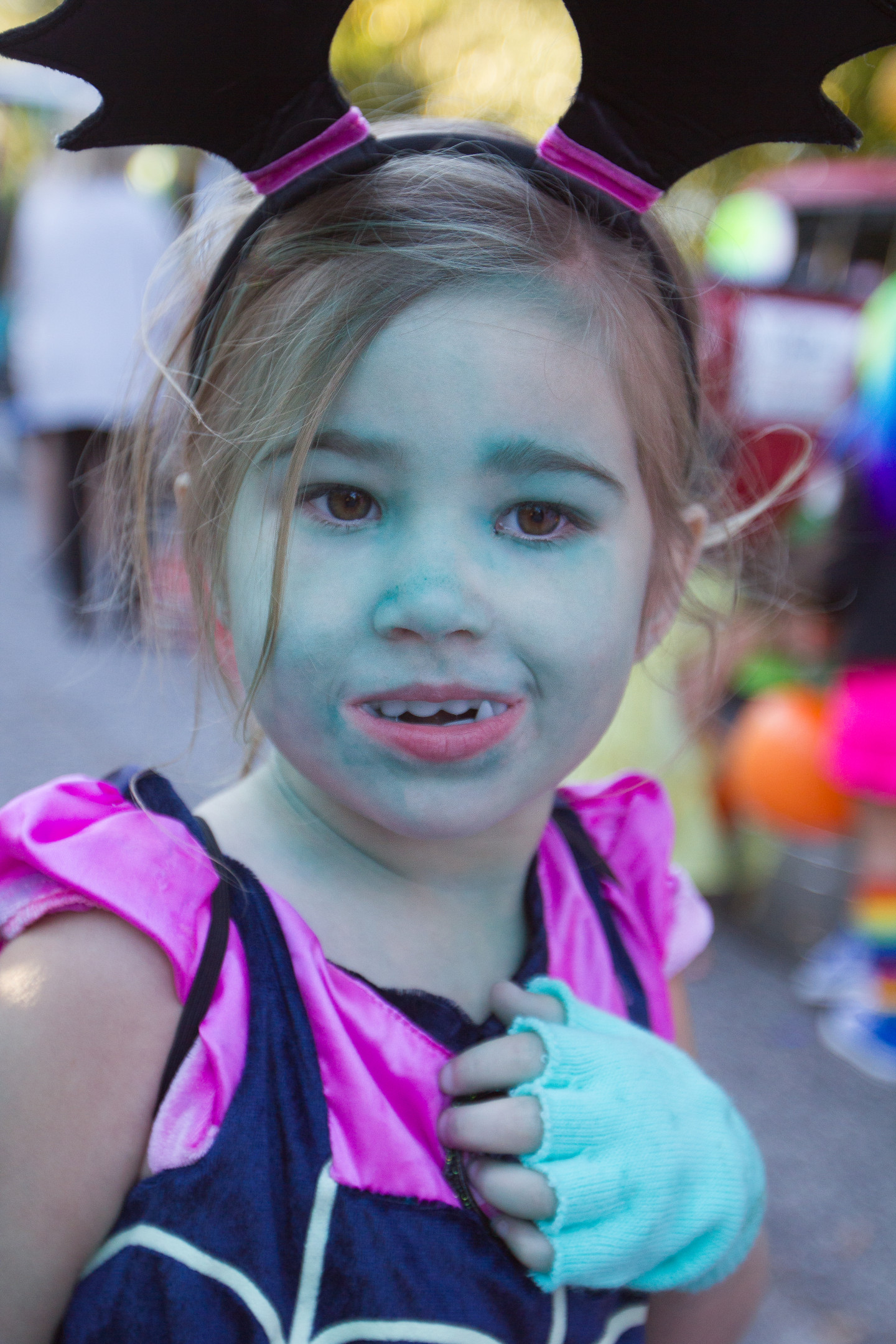 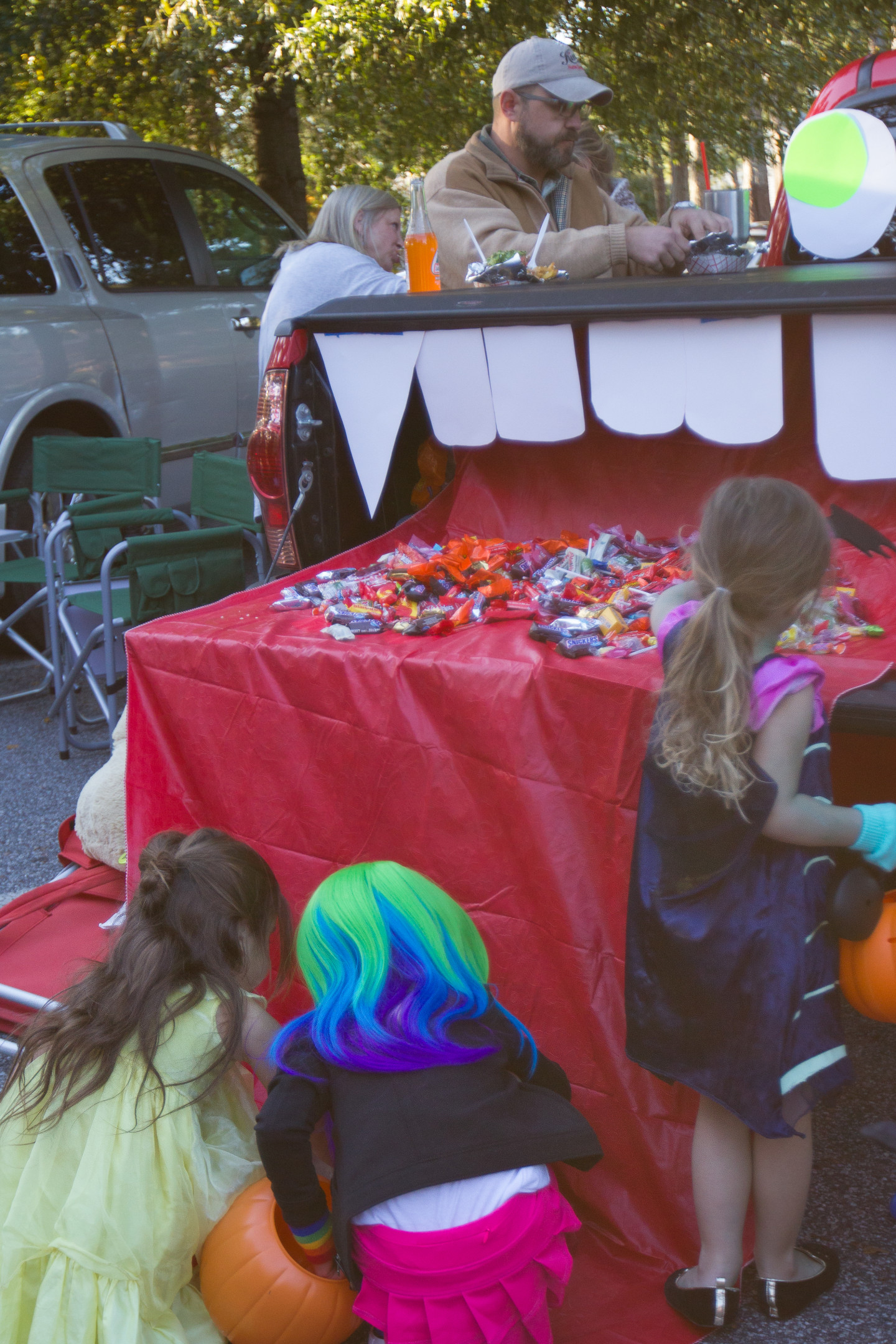 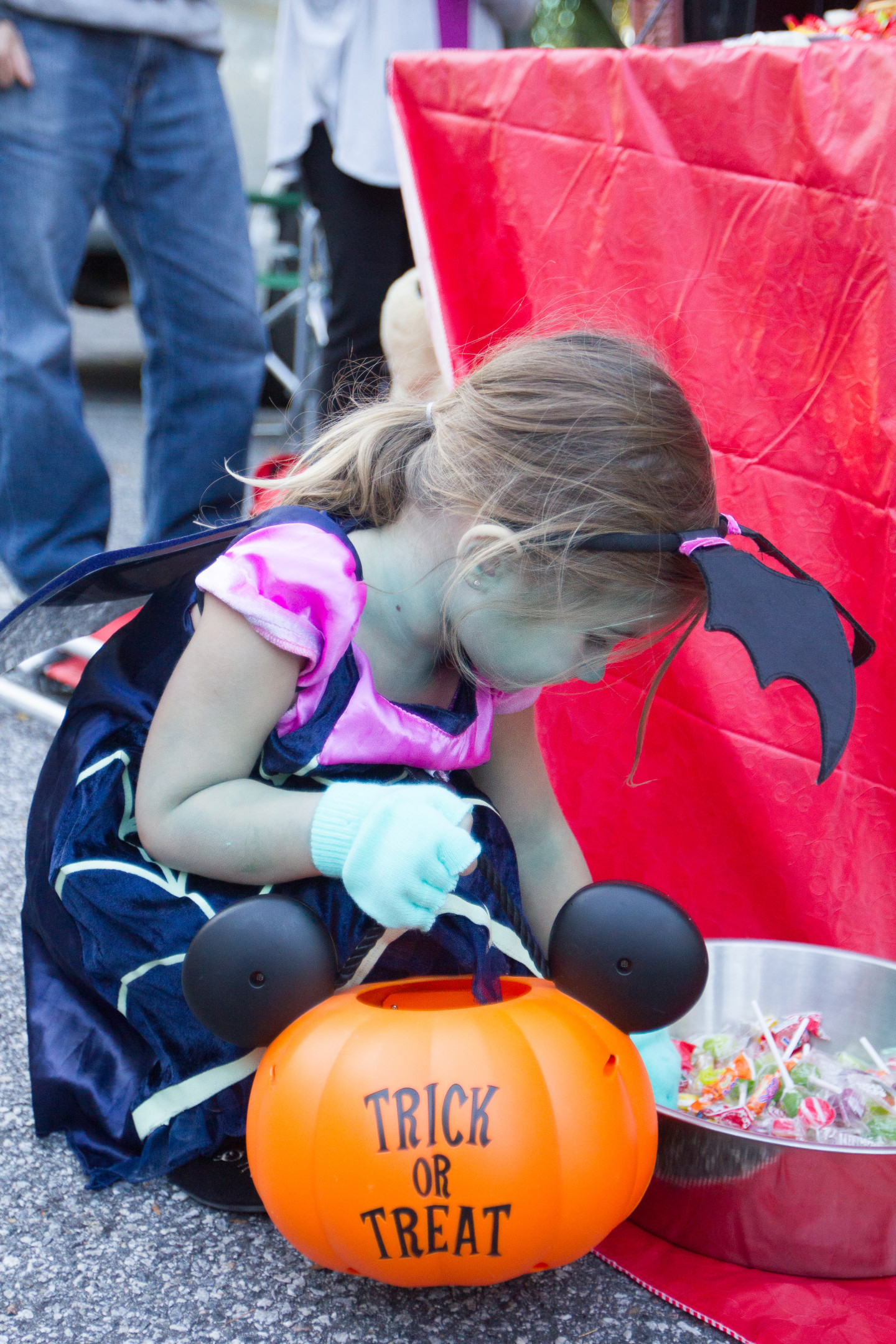 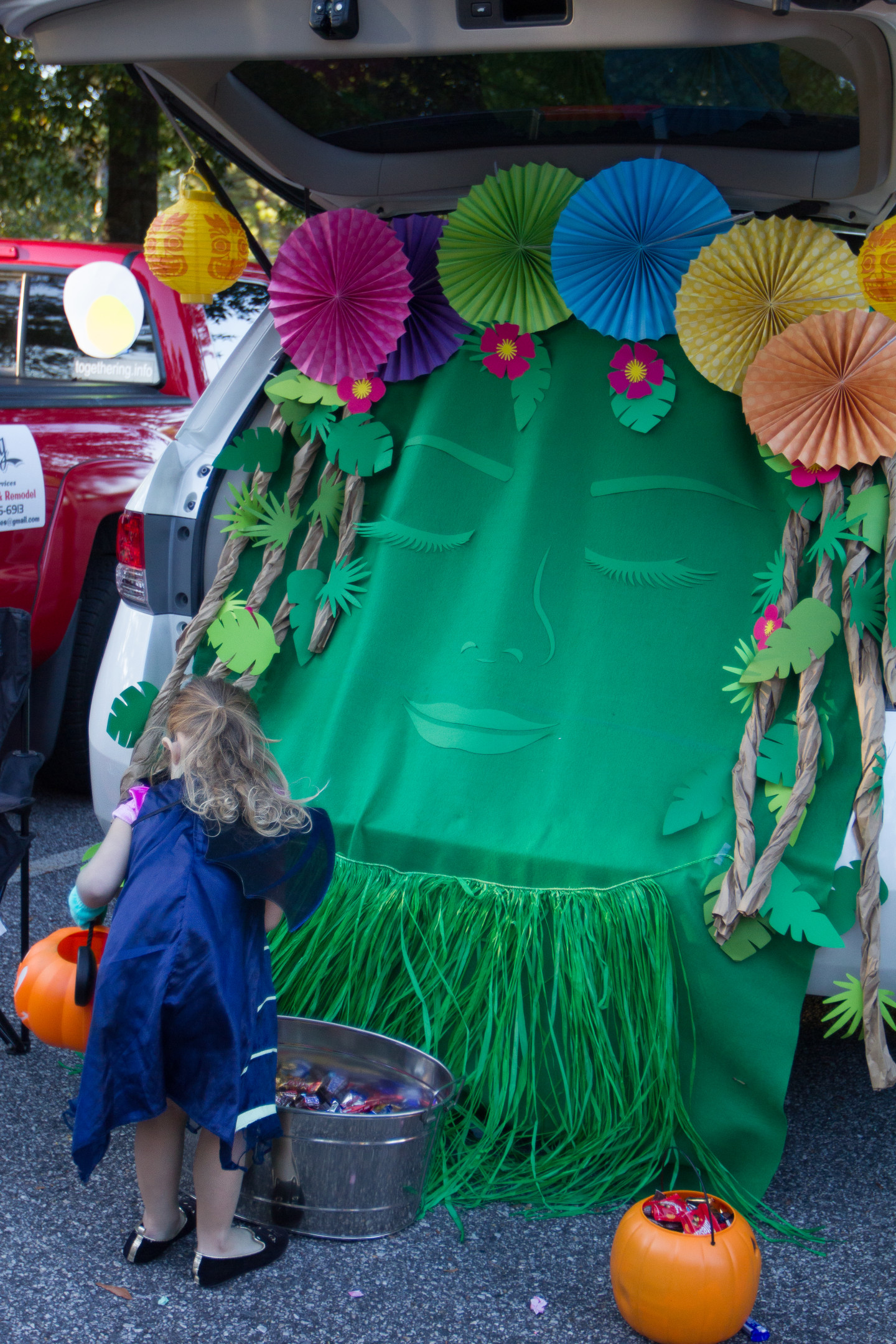 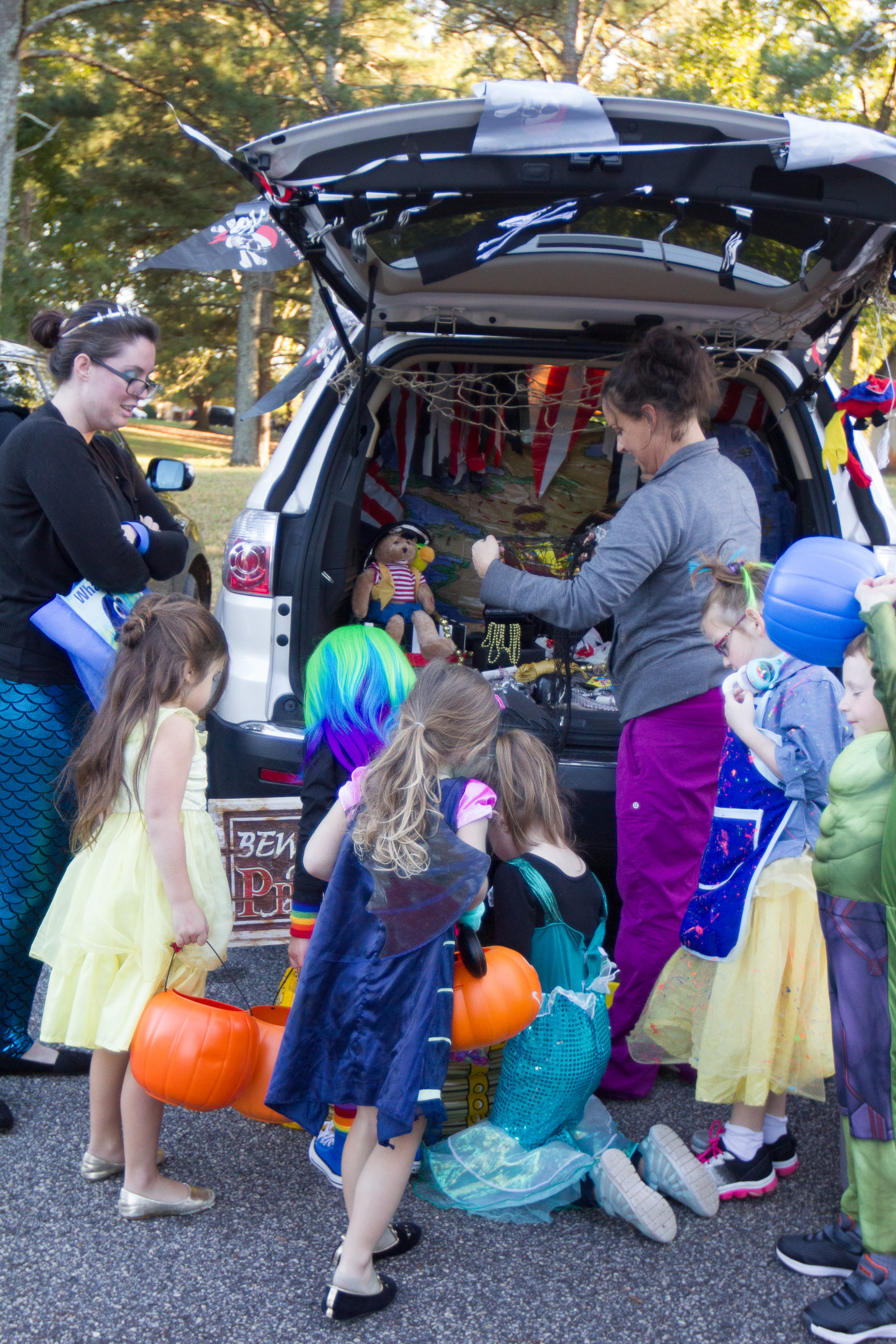 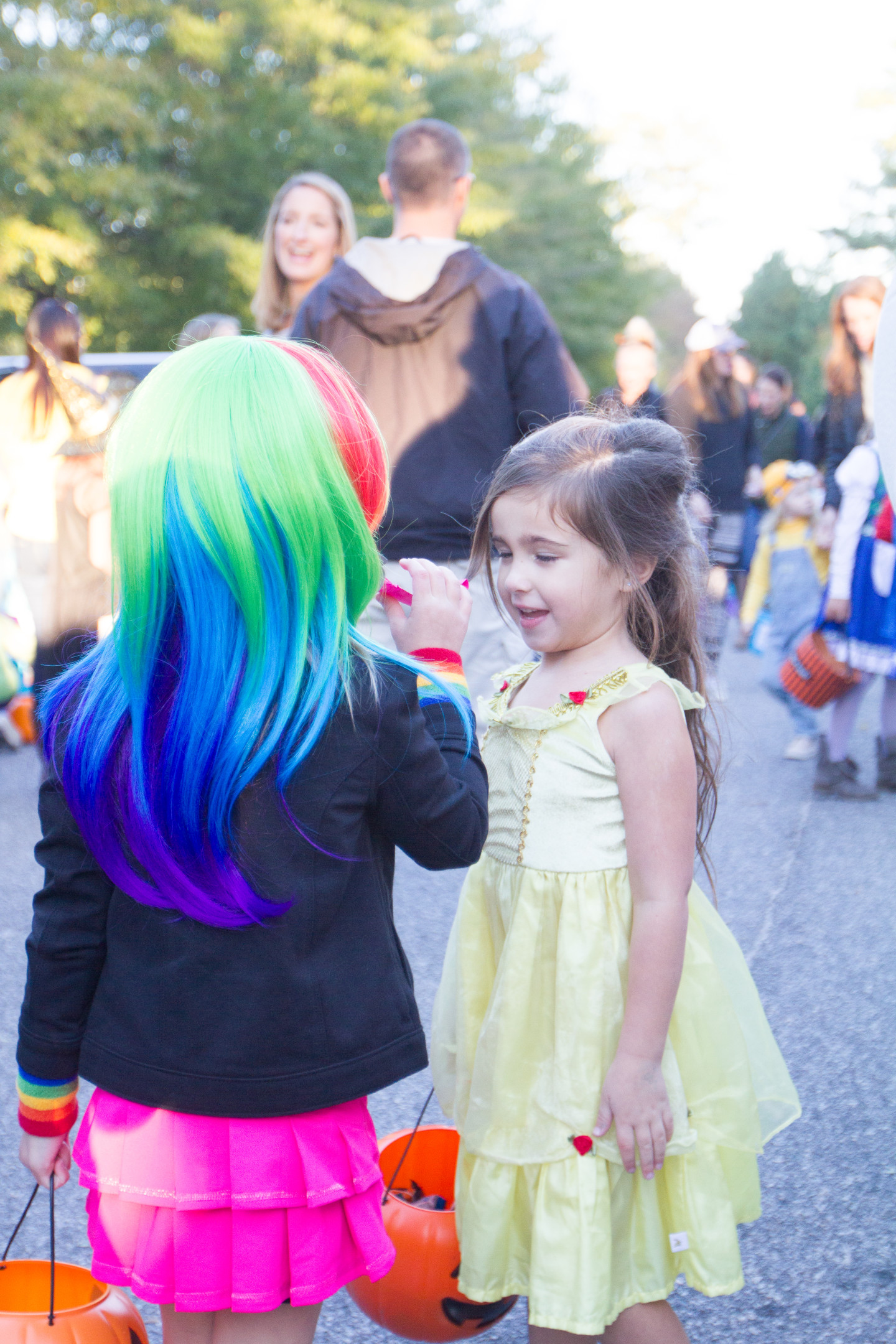 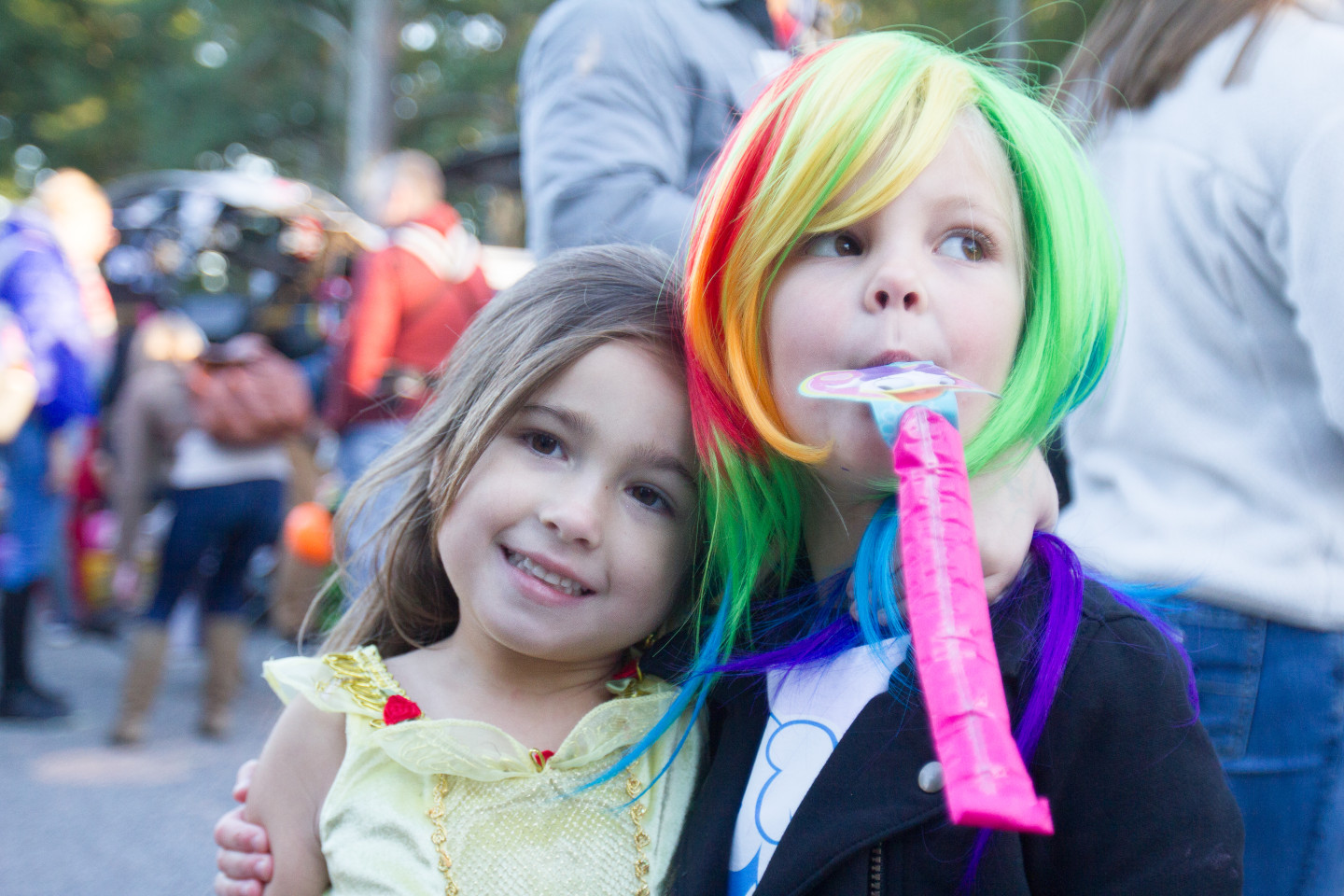 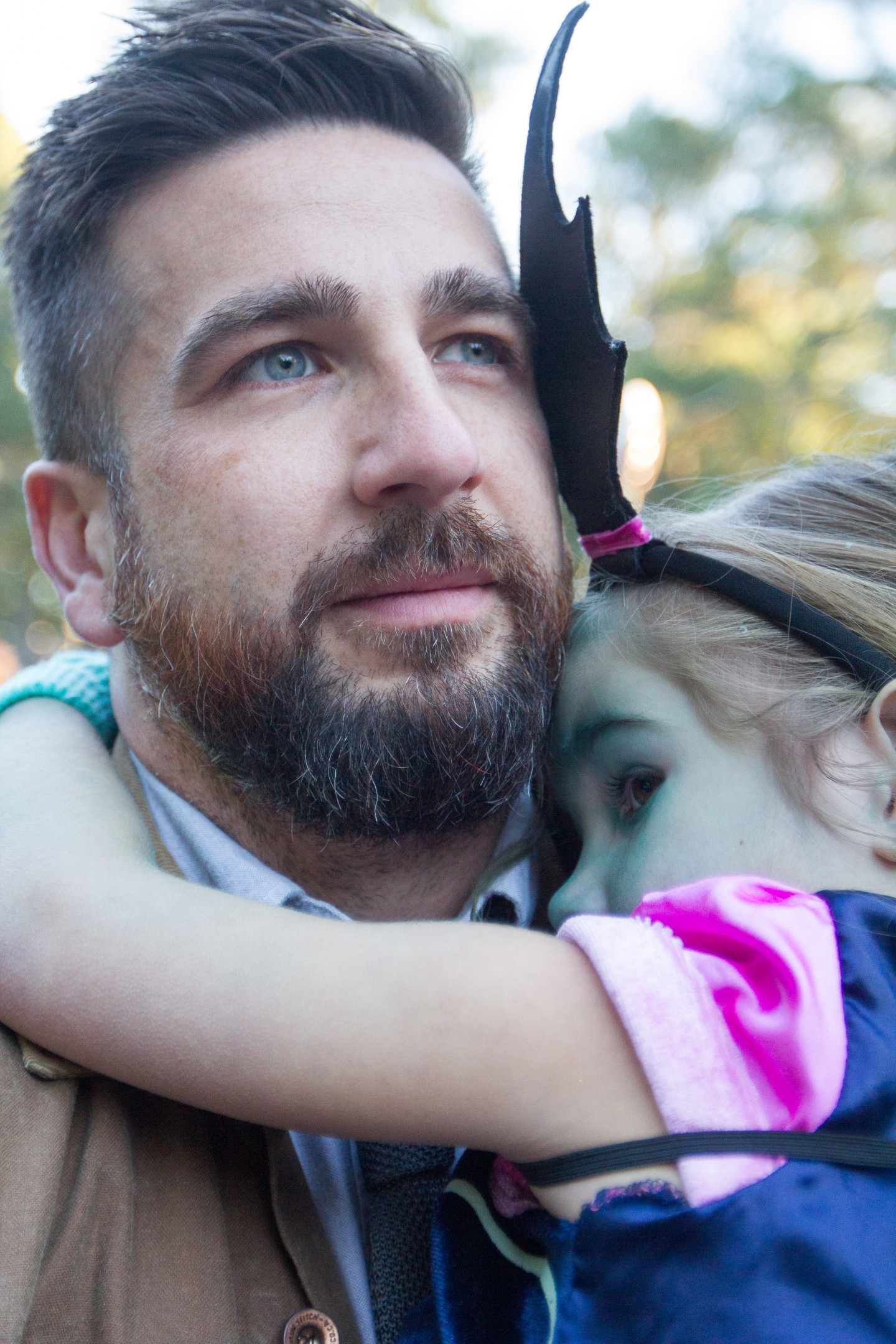