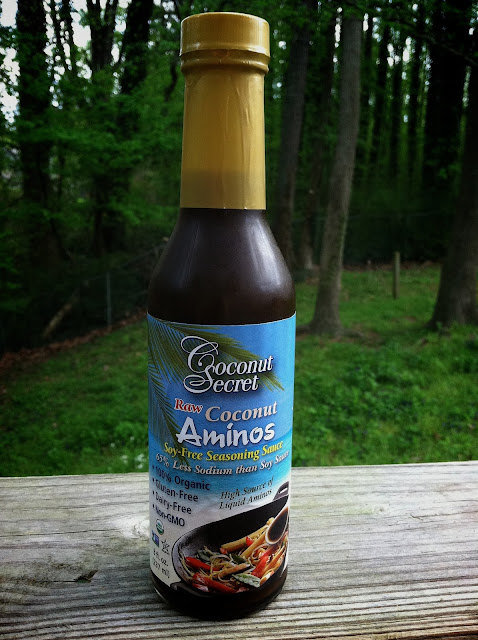 A while back Ryan and I tried out Paleo, and I acutally quite liked it. As it turns out:

No Grain + No Dairy + No Processed Foods = Feeling Great!

It made me feel “lighter” and more energized and generally way better (including psychologically, since I was proud of the food I was putting in my body). You may wonder, then, why we didn’t stick with it longer than a few weeks: Well, in summary, fried stuff and Coke.

After a couple weeks back in the early fall of banana-egg-and-cinnamon pancakes and beef stew, Ryan couldn’t go much longer without something fried, and I was ravenous for soda. So we gave Paleo up, but it’s stuck with me over time, begging me to return because it can bring so much happiness to one’s lifestyle.

I mean, the truth is that although we’re not perfect, we also aren’t the worst eaters in the world. Plus we are making concerted strides toward a healthy lifestyle. In 2012, we committed to buying 99% of our groceries organic and have stuck with it for the past year and a half. In January this year, Ryan and I committed to one year where we’d pay one another $10 for every meal that includes anything fried and/or caffeinated. It’s been going very well, and after four months of our experiment, I’d say we’ve eliminated probably 80% of the fried stuff and caffeine from our lives. This “Cheat Jar” method has been very helpful because it allows us to splurge every once in a while in the name of moderation and indulgence, but keeps us from giving in too often. As time has progressed, I do have to say that the Cheat Jars have done exactly what I thought they would–revealed that Ryan’s weakness is “fried stuff with cheese” and mine is “Coke, and keep them coming.”

Eating will always be a progressive experiment in our household, and as we work to move closer and closer to a super healthy diet, I predict we’ll inevitably go through phases of Paleo eating. In an misguided attempt to add a new Paleo recipe to my (albeit short) list of go-to recipes, I decided to tackle Paleo Pad See Ew tonight. Big. Mistake.

You are not a chef. You do not read recipe instructions well. You refuse to measure things exactly, despite knowing your guesstimating is way off. Please remember this in the future, especially when you believe you can handle intermediate-or-higher level recipes that call for expensive ingredients. Save yourself the time and money, okay?

My first clue of impending failure should’ve been the blank stare I received when I approached the help desk at Whole Foods and asked where the coconut aminos were kept. (Probably a good sign I should’ve called it quits then.) After about ten minutes of scrambling and multiple associates’ help, the coconut aminos were successfully located, and despite their being suspiciously expensive, I carried on. The second moment I should’ve stopped occurred as I read, “Cut the chicken very thinly and on the diagonal.” Chickens have biases like fabric? Who knew! I know it probably sounds elementary to anyone who actually cooks but seemed hard and unnecessary to me, and at the time I didn’t realize how important that step is in creating “lifelike” Pad See Ew; so I went with chunks of chicken. Which took FOR-EV-ER to cook, BTW. I should’ve known better than to mess with the recipe based on previous experiences, but as I read on, it called for grated carrots in place of rice noodles–and I HATE carrots. So I substituted zucchini. Which turned out super soggy. And then, when the sauce refused to thicken, instead of draining it, I figured adding in double the eggs would soak up the runny sauce as they cooked. Apparently not, and please don’t ask–I have no idea where I got this notion from.

The end result? Well, let’s just say that it looked neither like regular Pad See Ew nor the Paleo Pad See Ew from the recipe. I took about half a dozen bites, ditched my plate and pulled a fortuitously purchased Pepsi Max from the fridge to pair with some leftover kale chips (one of those recipes on my short list that I can actually accomplish successfully). TOTALLY worth $10 in the Cheat Jar. :)

I think for now I’ll move forward with my just-a-little-grain-and-dairy-and-processed-food diet, only dipping my toe in the Paleo pool once in a while. That is, until someone can give me a really great, easy recipe for the remaining half of a bottle of coconut aminos in my fridge currently…anyone? Bueller? 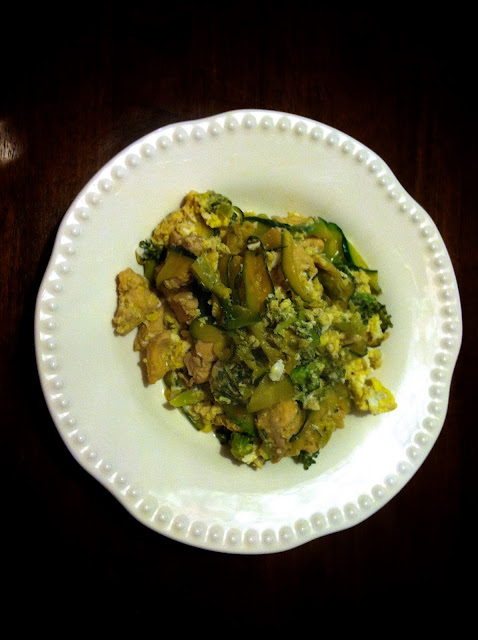