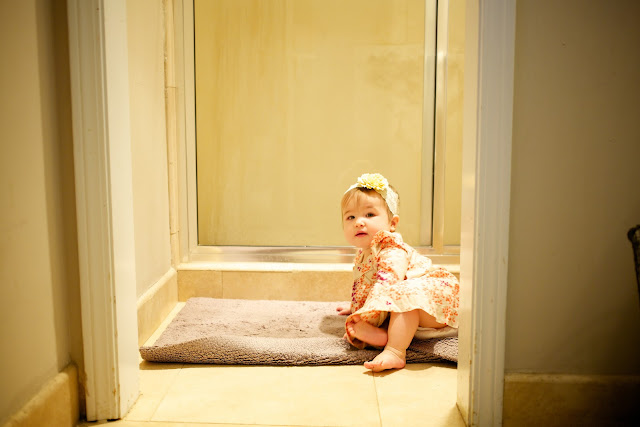 Oh, what I wouldn’t give for Emma Vance to be fully vocal these days!

She’s developed this unexplainable little habit over the past month or so that I’ve titled “Mama No Shower.” I try to shower everyday during her first wake time (since I have other things to do during nap time and because if it doesn’t happen then, it won’t happen) and have done so since she was a newborn. When she was immobile I’d set her in her bouncy chair, and she was content to observe the bathroom around her for that 15 minutes each morning. As she began to crawl and explore, she would just motor around our master bedroom and bathroom, getting into the trash or knocking over laundry–small prices to pay for 15 minutes to myself each day.

HOWEVER, one day it occurred to her that I was in that noisy, steamy shower, and she lost it. I initially thought she had bumped her head or something, so I cut my shower short to tend to her. When I jumped out and picked her up, she stopped crying immediately. I didn’t think anything of it until the next day when it happened again! This time she crawled over to the shower, pulled herself up and started banging on the door and bawling. Hmmm. This went on for a week or so, each day getting worse, until I decided to deduce what was causing her all-of-a-sudden-angst. I began by just running the shower to see if it was the noise of the water that bothered her. Nope. The next day I pulled her into the shower with me, thinking she was curious. Definitely not. The third day I stood in the shower fully clothed with no water running. She was happy, and clearly thought I was being silly. I even tried to get Ryan to distract her with playtime while I jumped in the shower. She wasn’t fooled. I then resorted to showering with the bathroom door closed, but she’d just bang on the door and sob her heart out until I emerged. Dang.

Everyday, the second I step into the running shower, she freaks out–even if I play with her through the glass, showing her I’m still here. It’s become a natural part of our routine, this whole crying-while-I-shower thing. I wish I could tell what she was thinking and WHY she cares if I’m in the shower, but for now I’m happy to imagine her just yelling at me, “Mama no shower!” over and over. :) 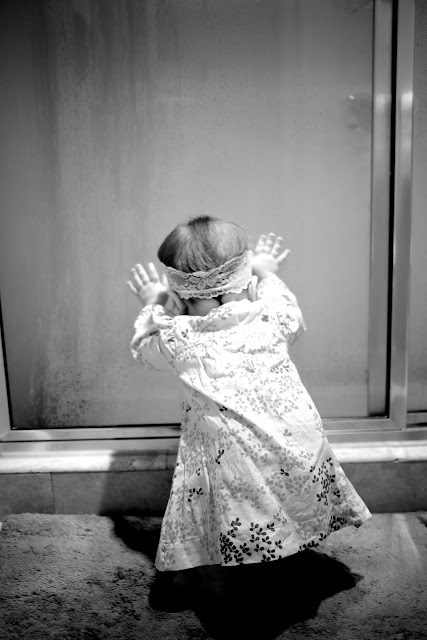 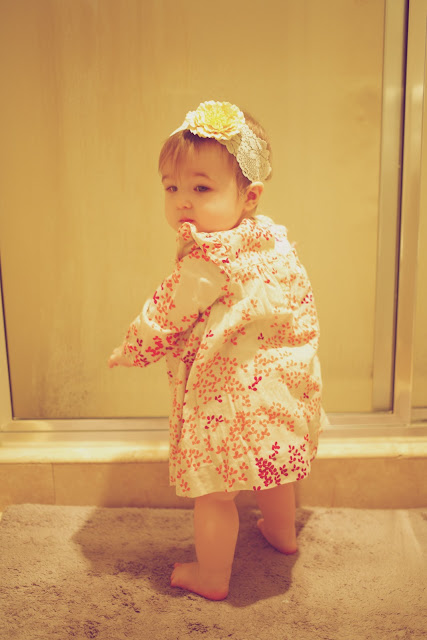