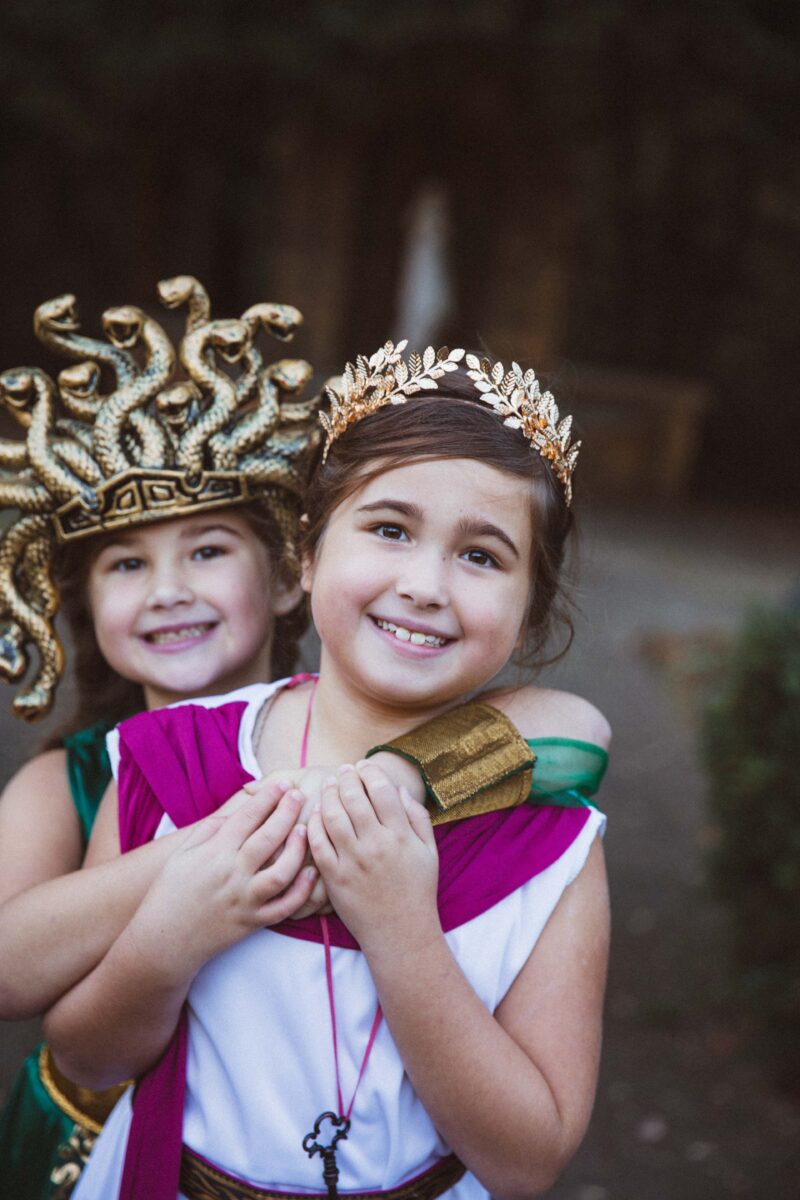 Hestia: the honored Greek goddess of the hearth + home who saved the world by choosing not to marry (despite desperate suitors), and who held the keys to Olympus

Medusa: Poseidon’s love, cursed by others’ jealousy, a woman turned weapon against her will whose mere gaze would turn you into stone, even after her death

I have no idea how we got here, folks, haha!

But here we are — a truly mythologically-themed Halloween.

A few months ago the girls declared their costume choices: a zombie + a ghost scientist. The problem? There were almost eight weeks left to mull things over, to be inspired by things they saw in stores + online, and to confer with their friends. Enter the ongoing conversation of “What should I be?” that ensues in every young home every October.

It was a maze, their decision-making. And I’m not sure I kept up with the twists and turns that happened in their little brains over those few weeks — werewolf was a big contender for a while, I know — but when they declared they wanted to be Hestia + Medusa a few days before trick-or-treating, I was happy to click “add to cart” on costumes that kinda’ coordinated — an aspect of Halloween that I thought was a thing of the past. ;) 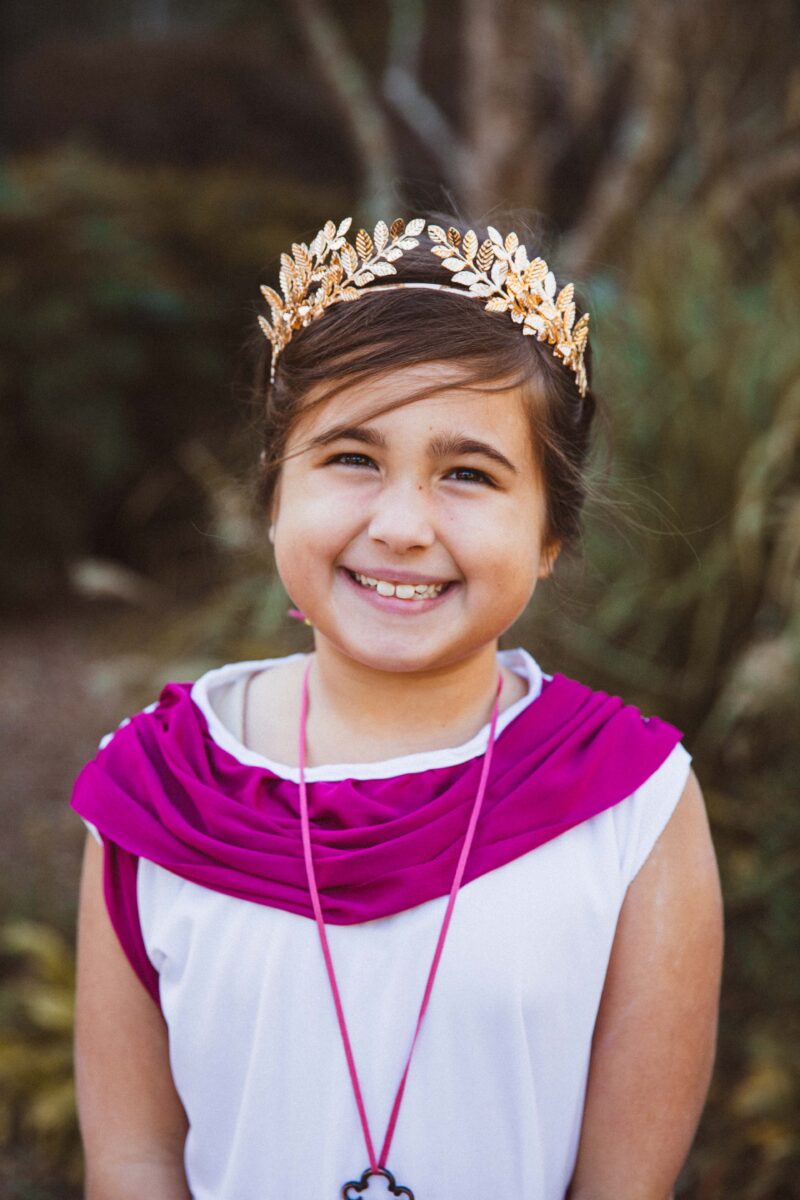 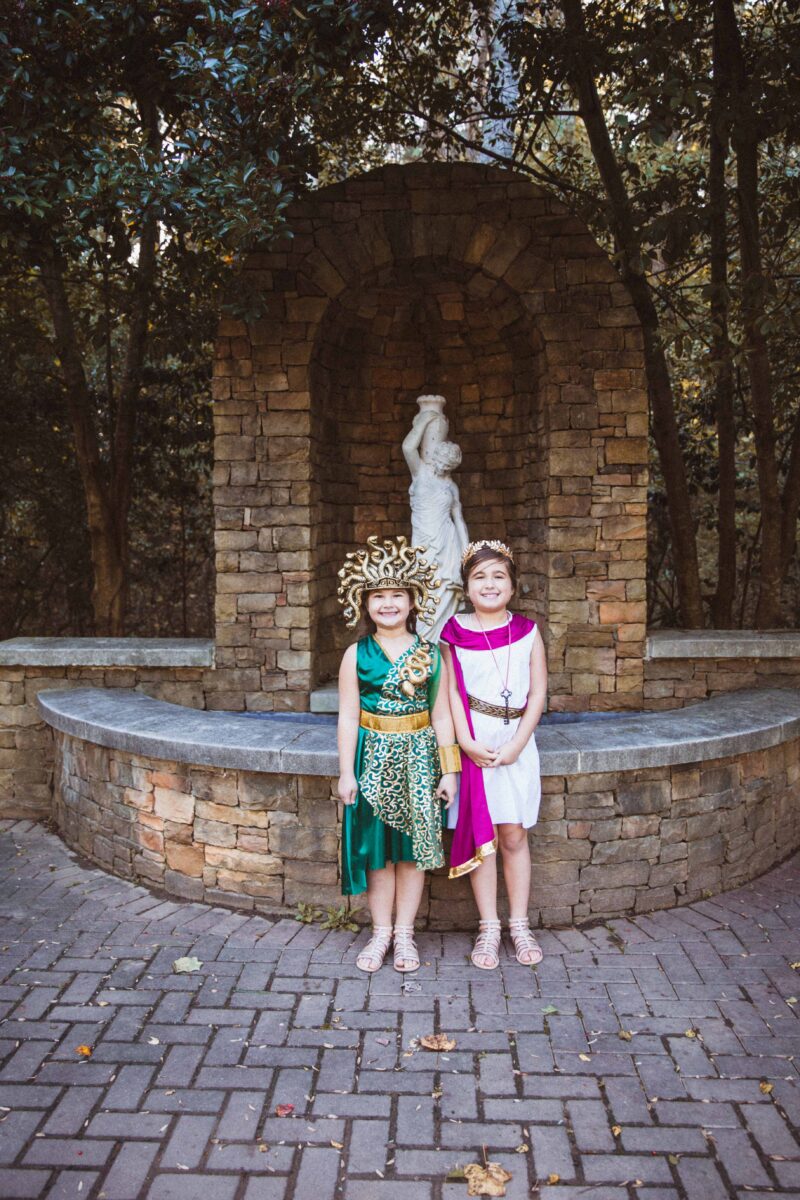 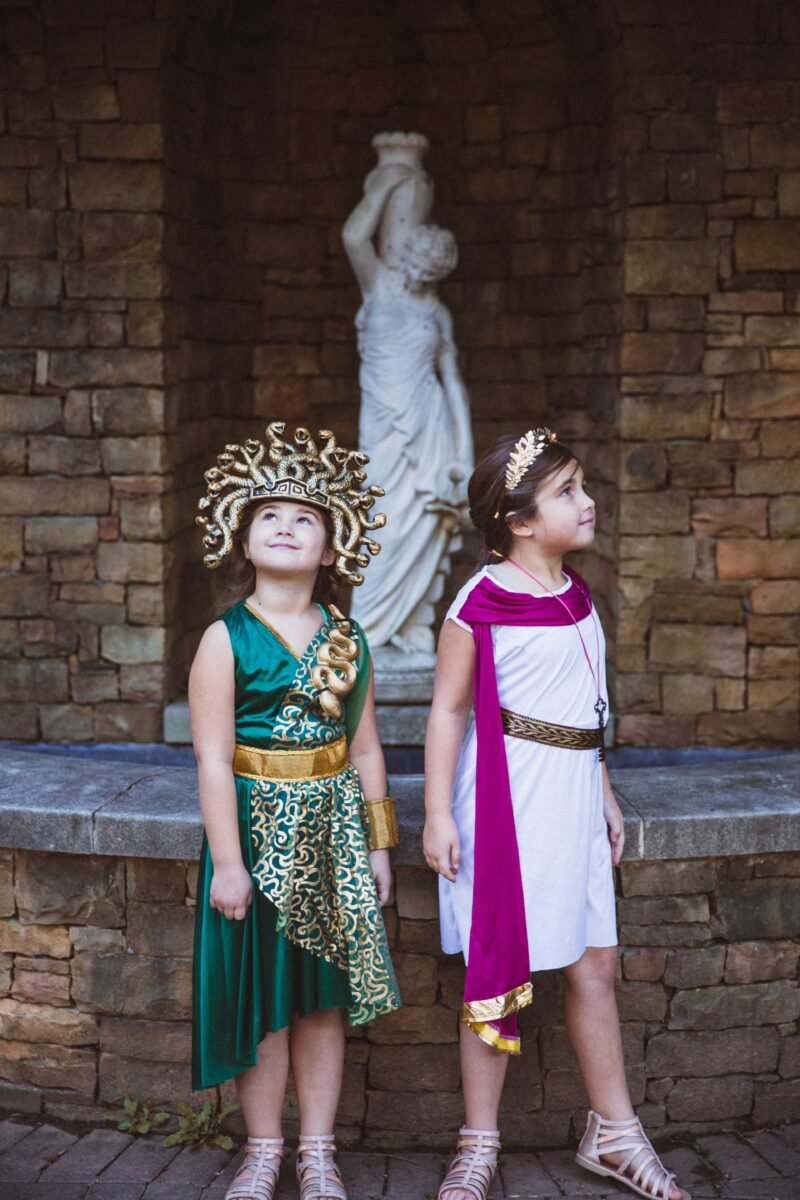 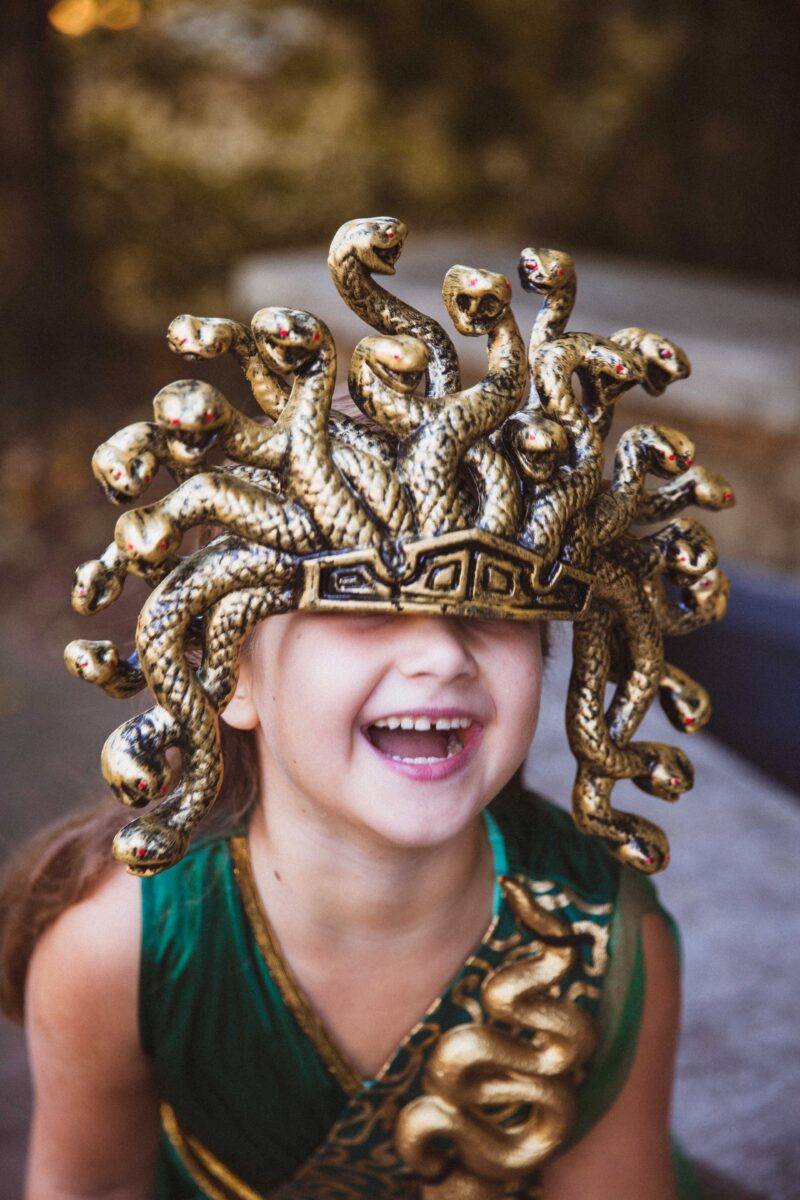 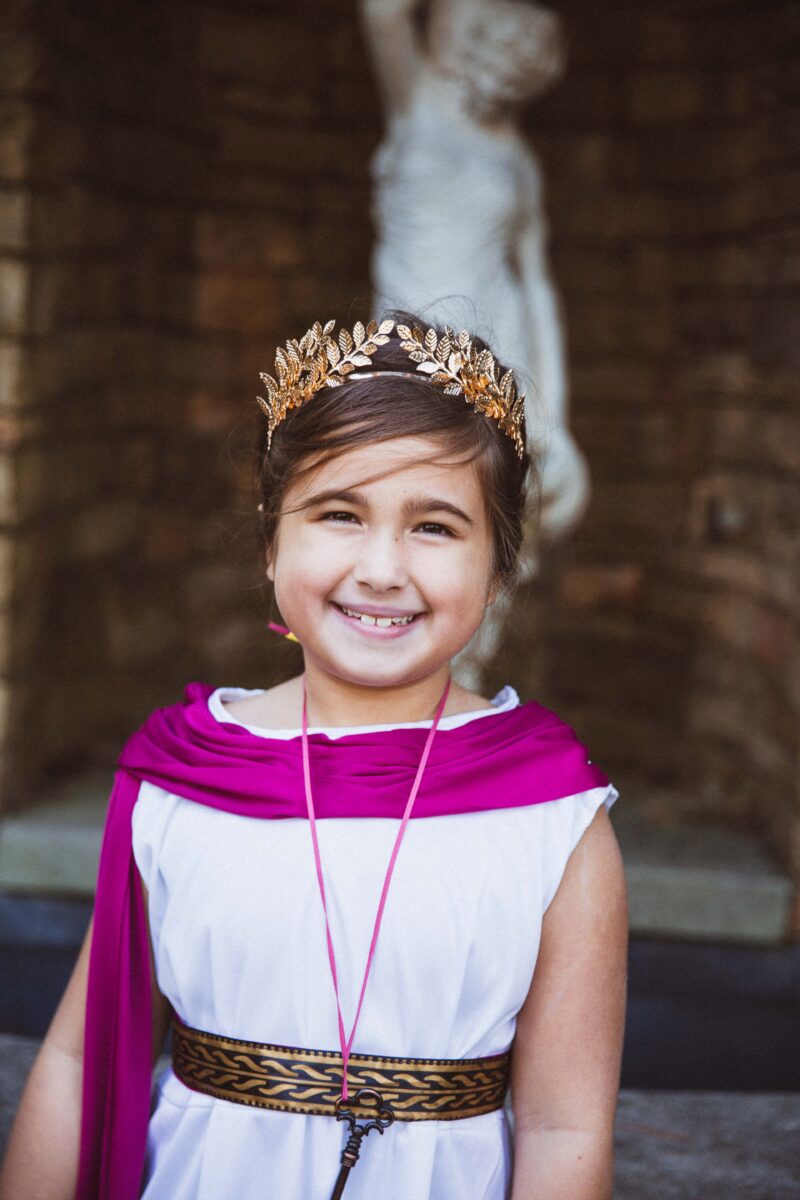 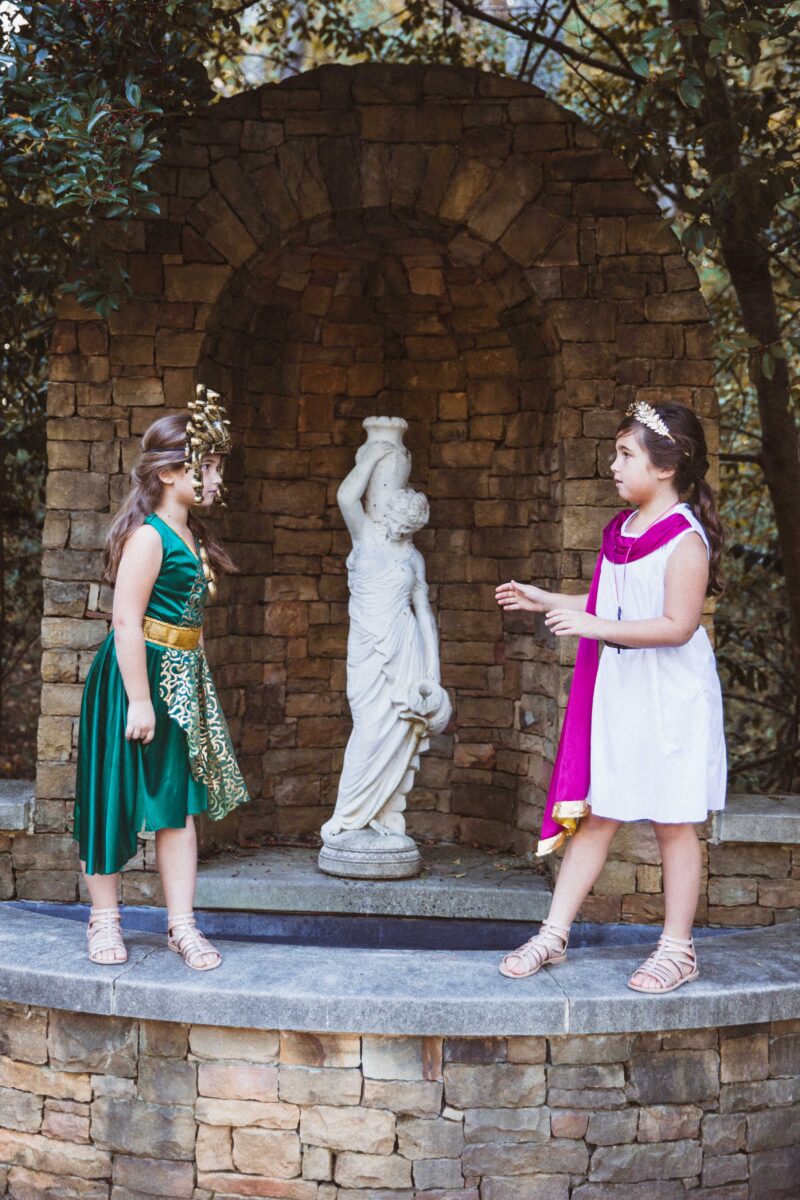 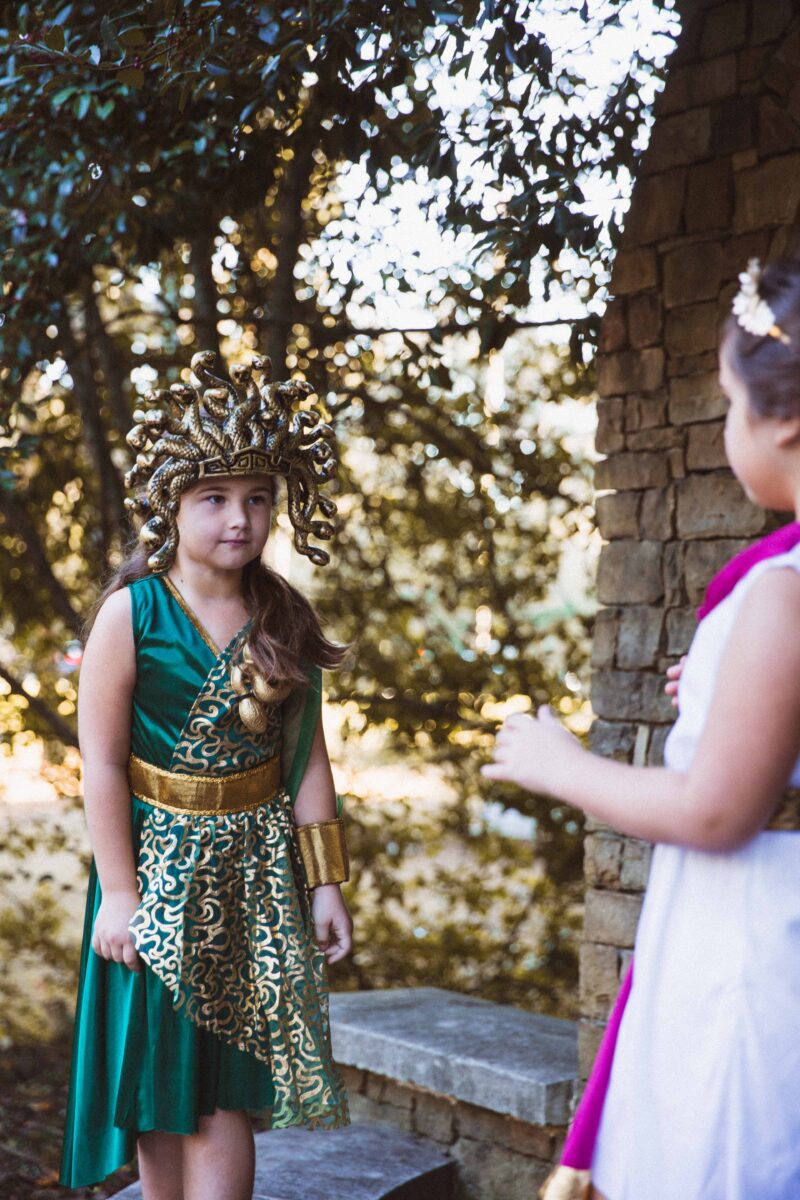 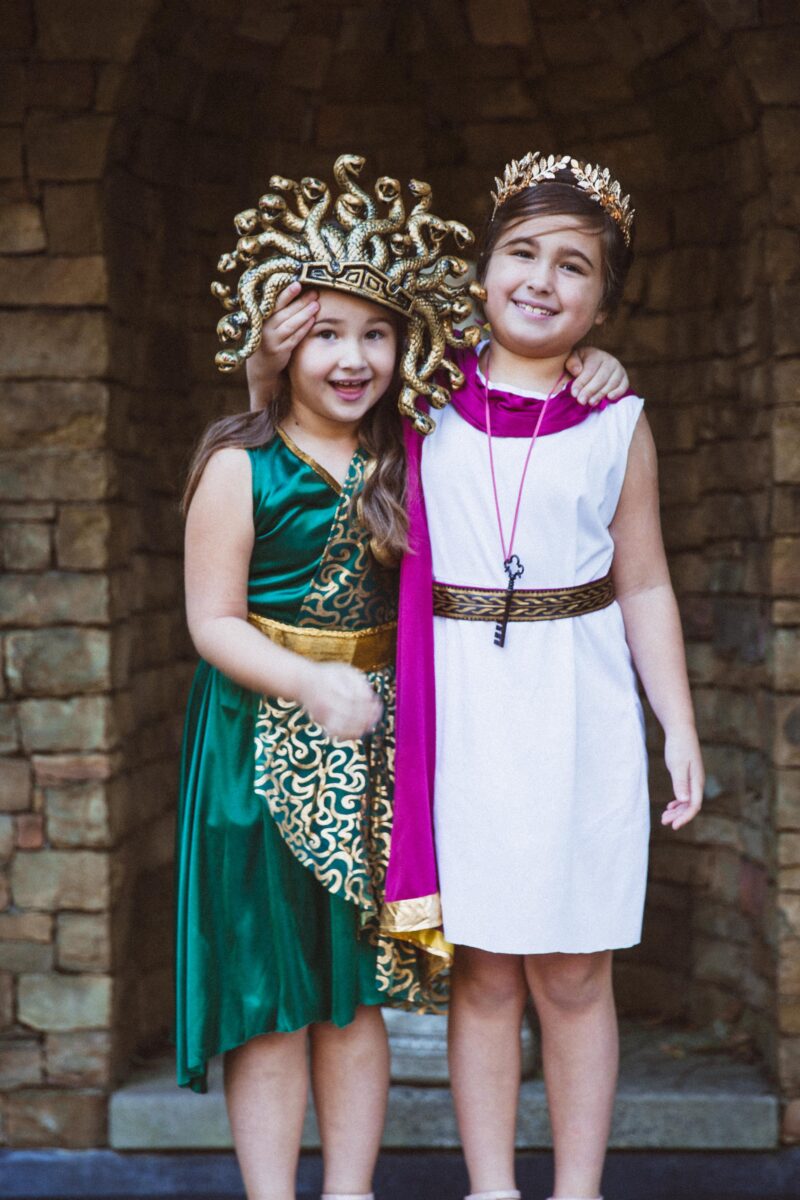 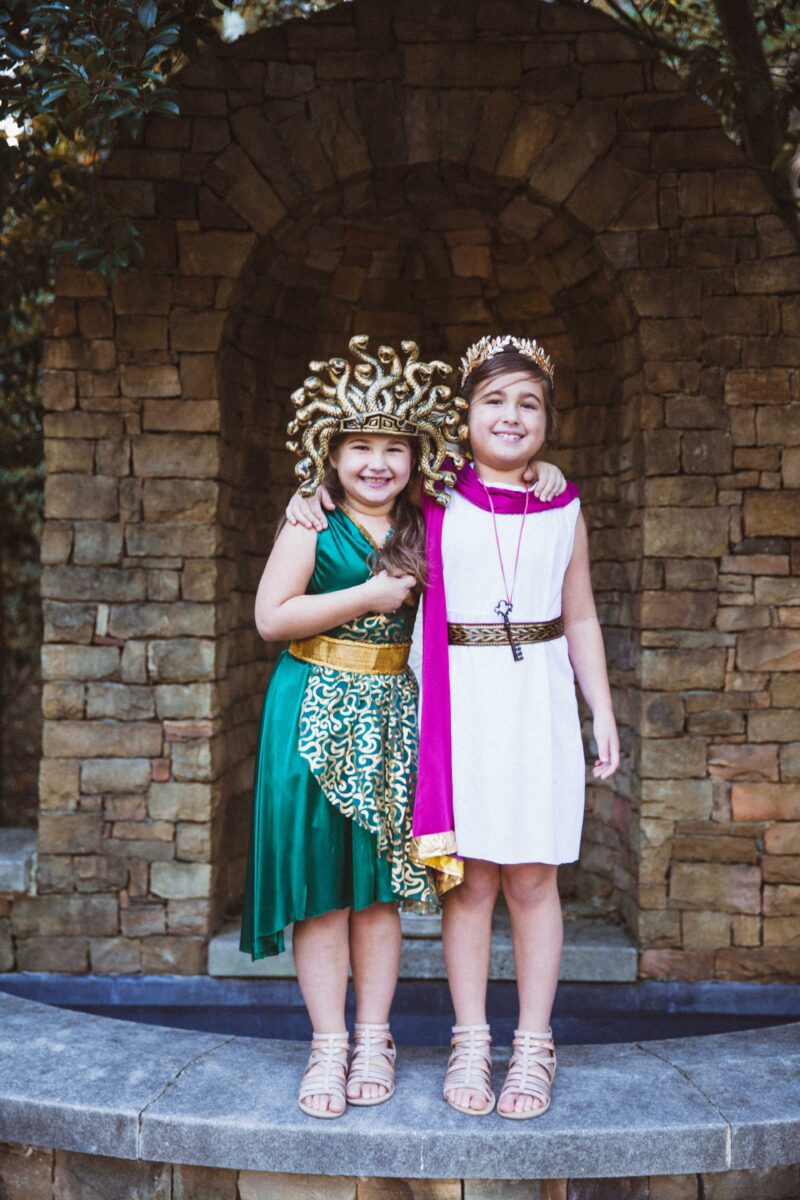 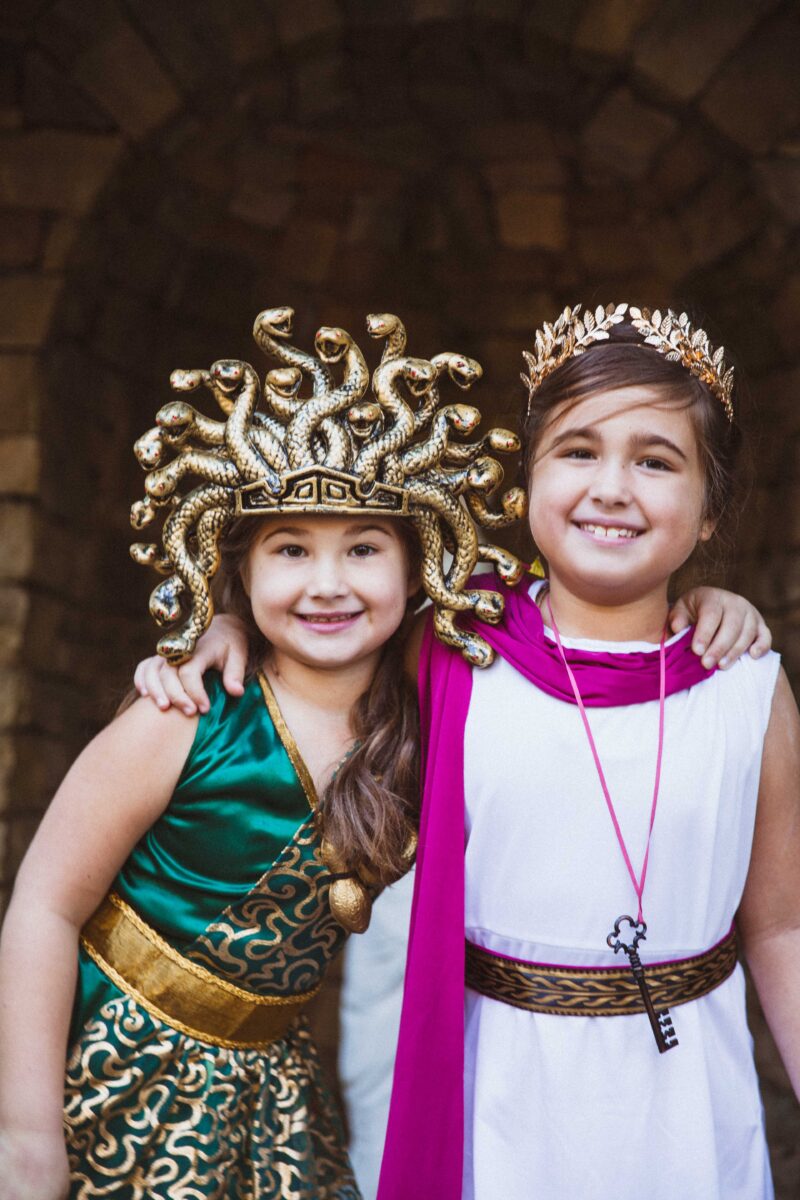 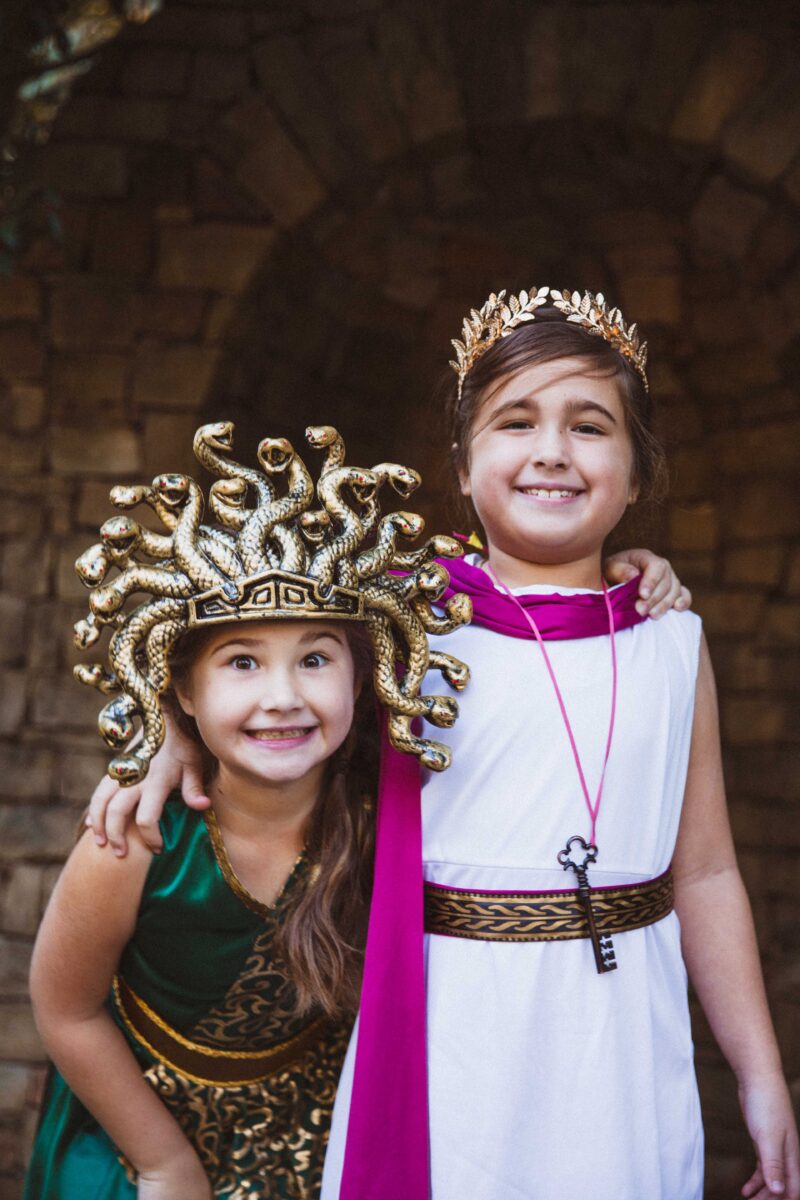 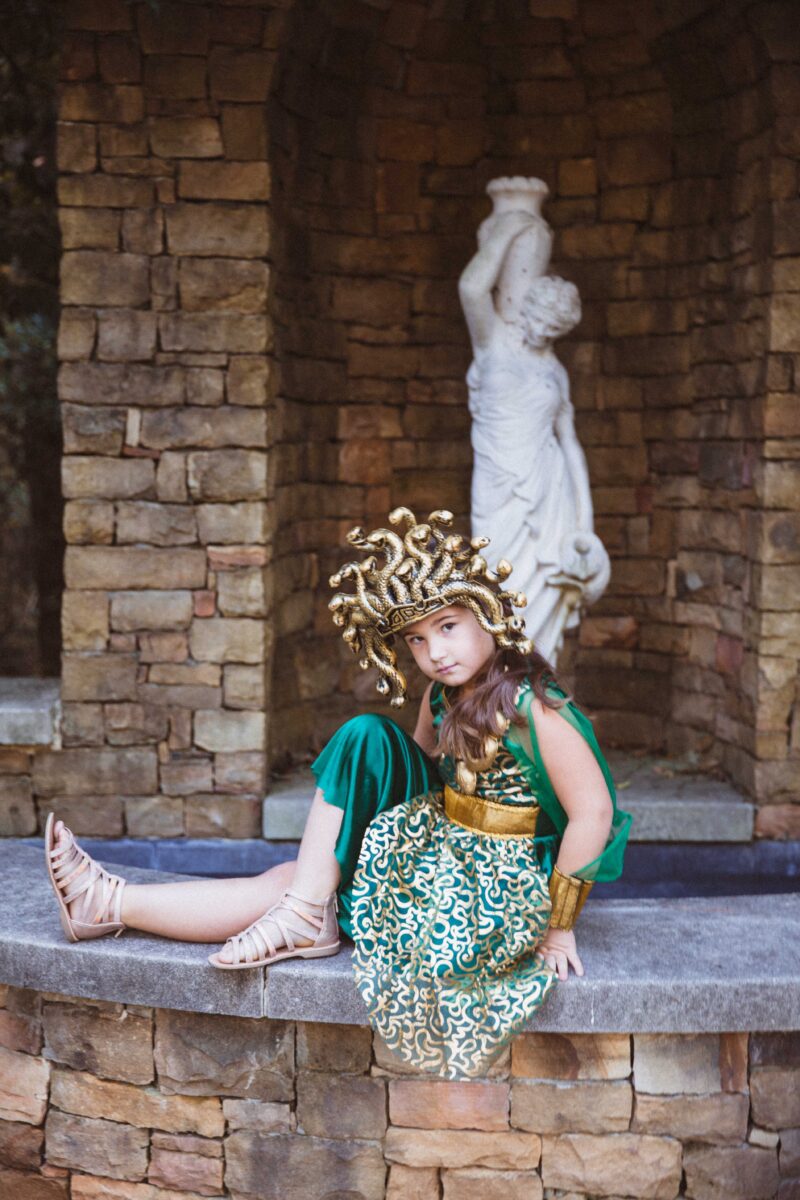 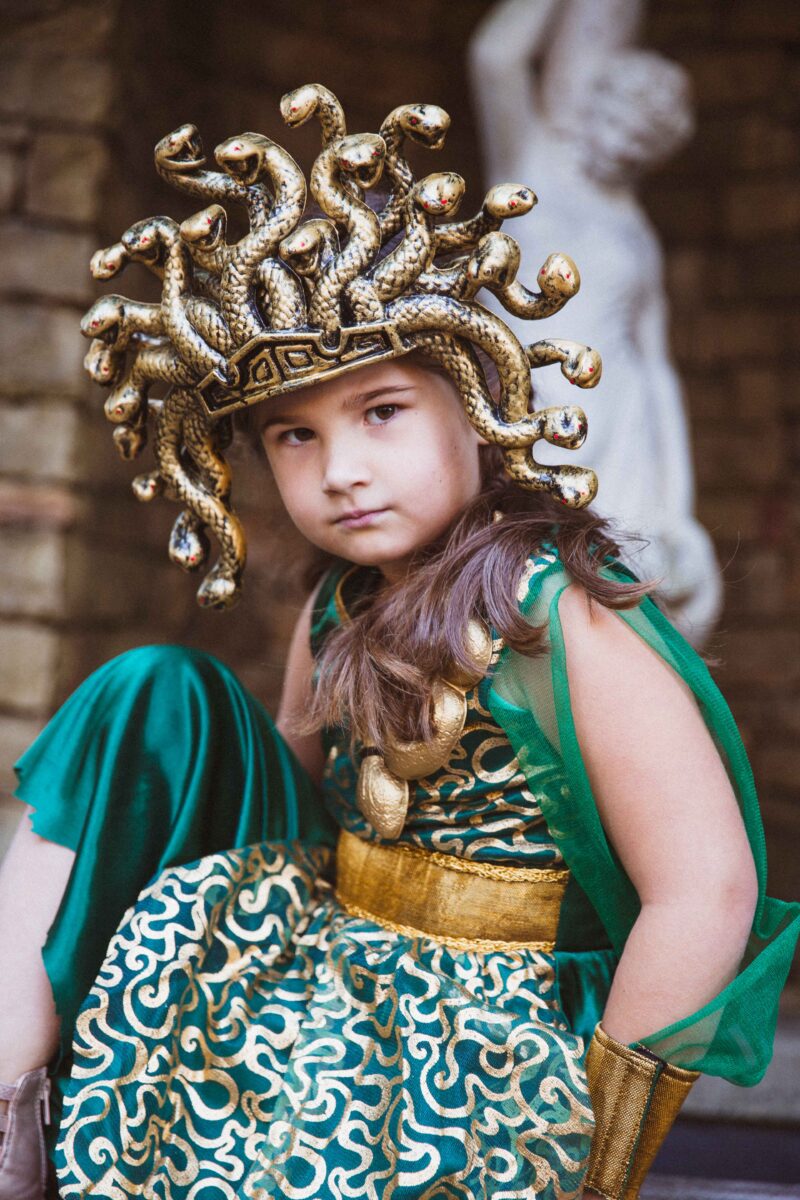 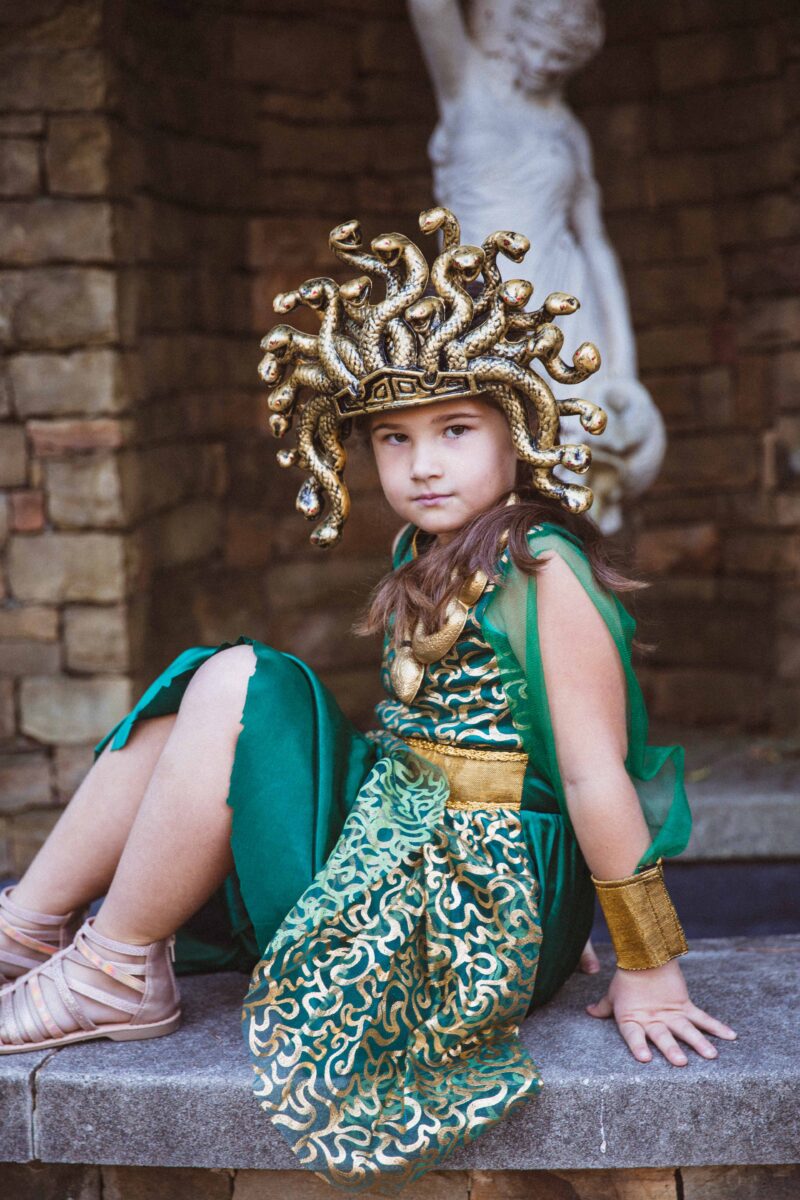 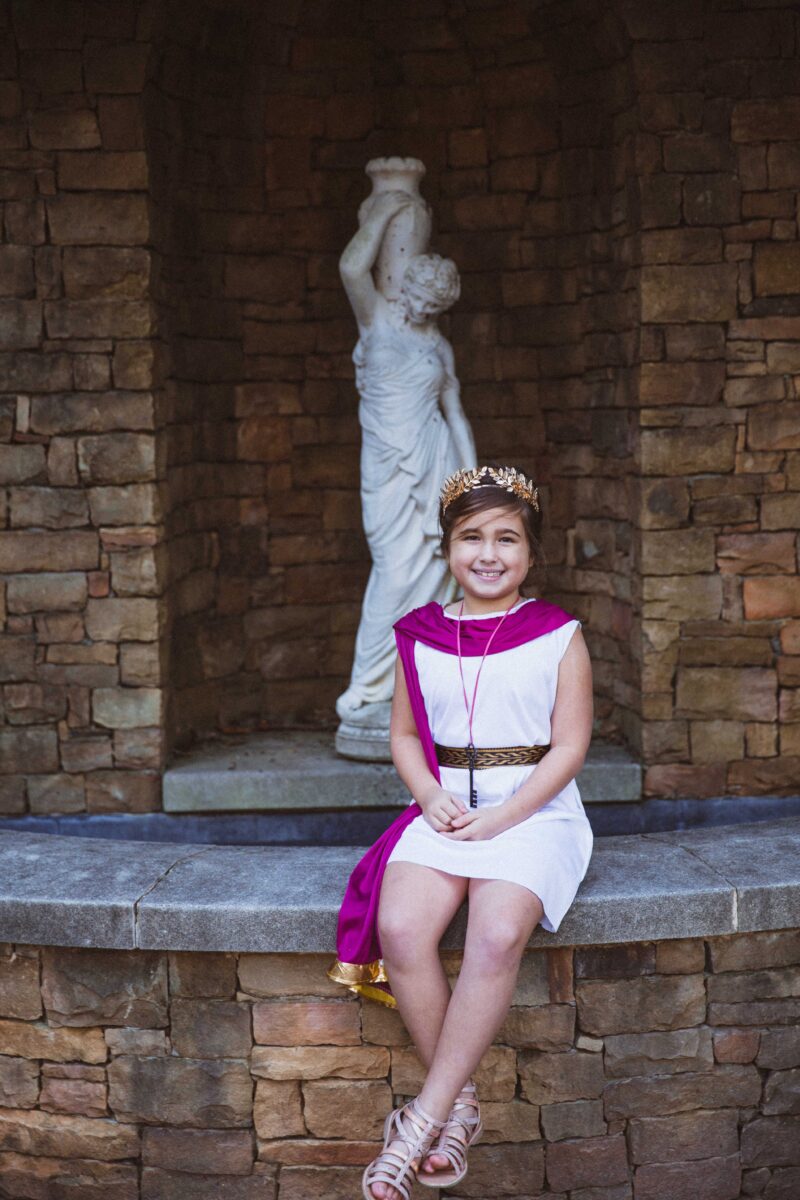 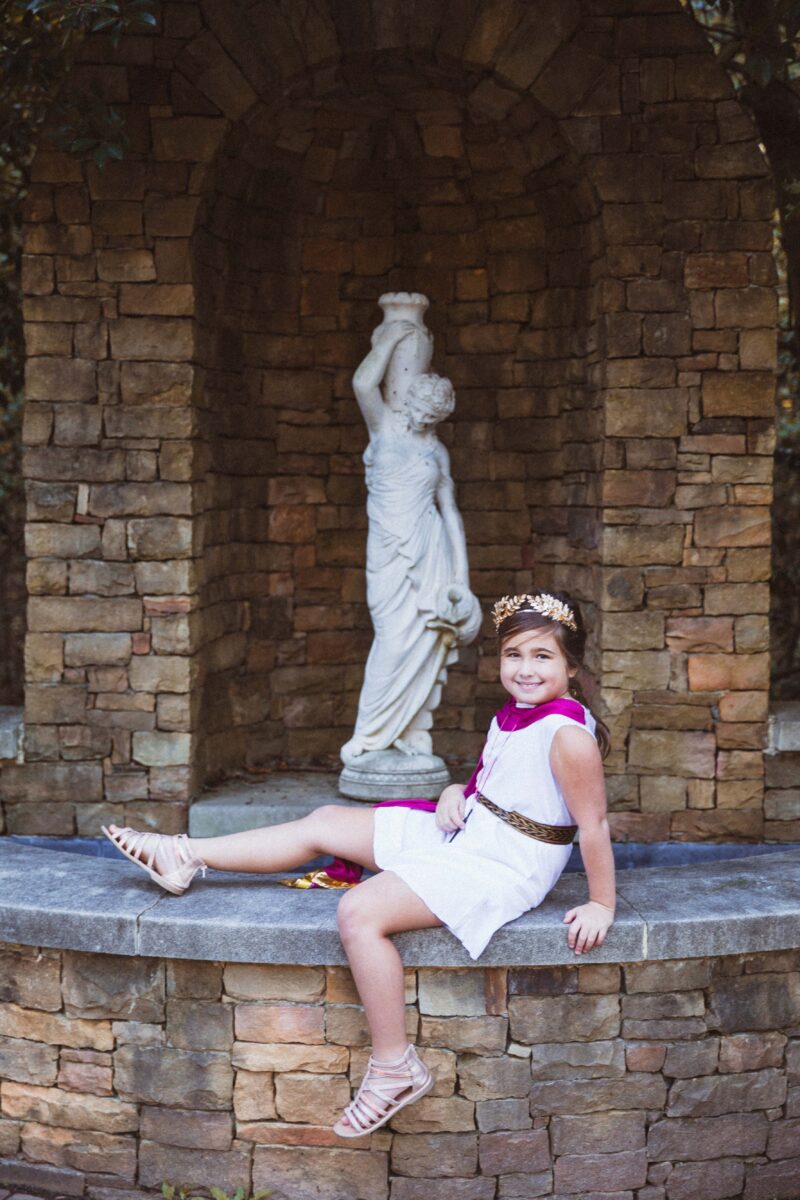 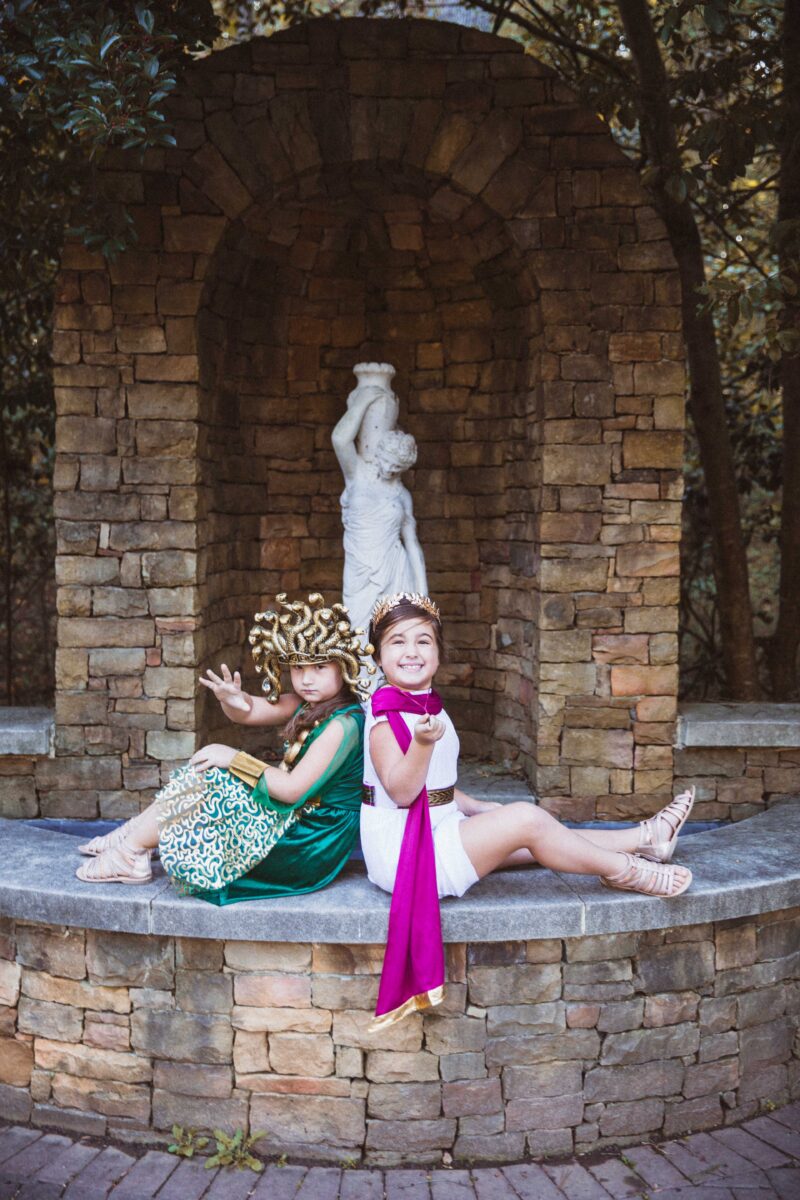 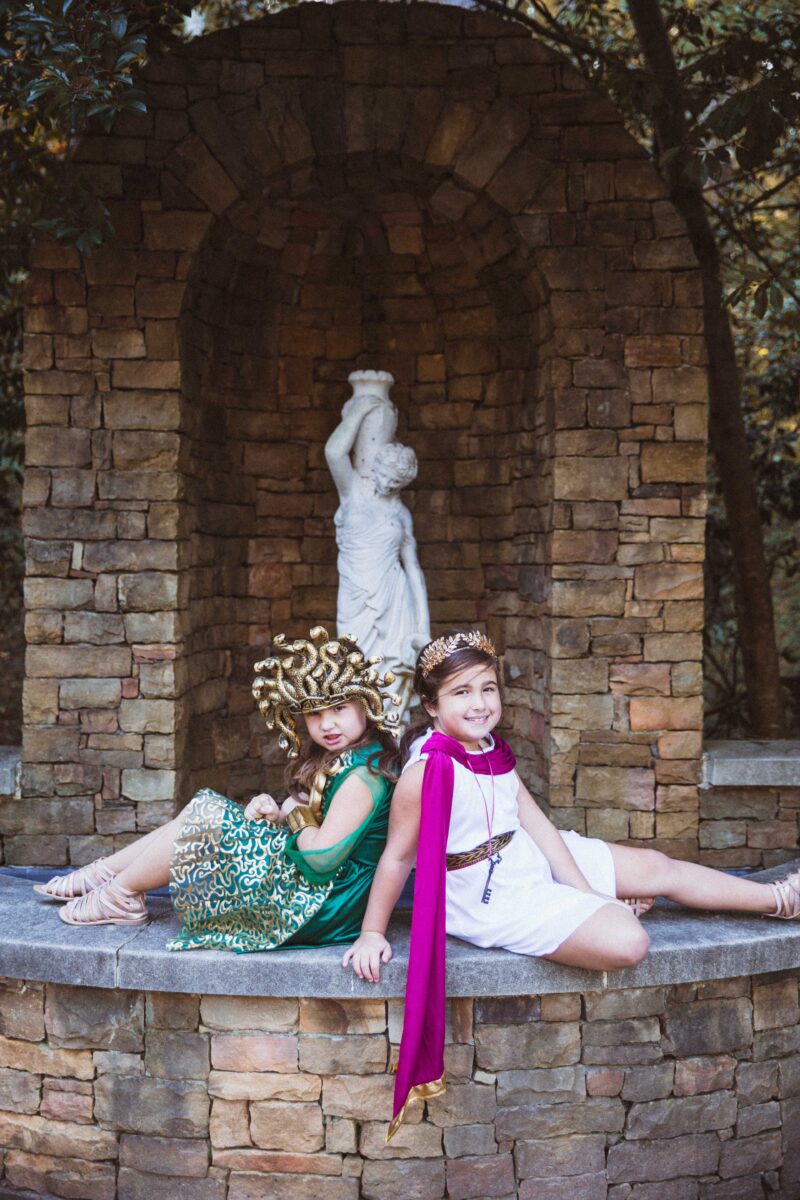 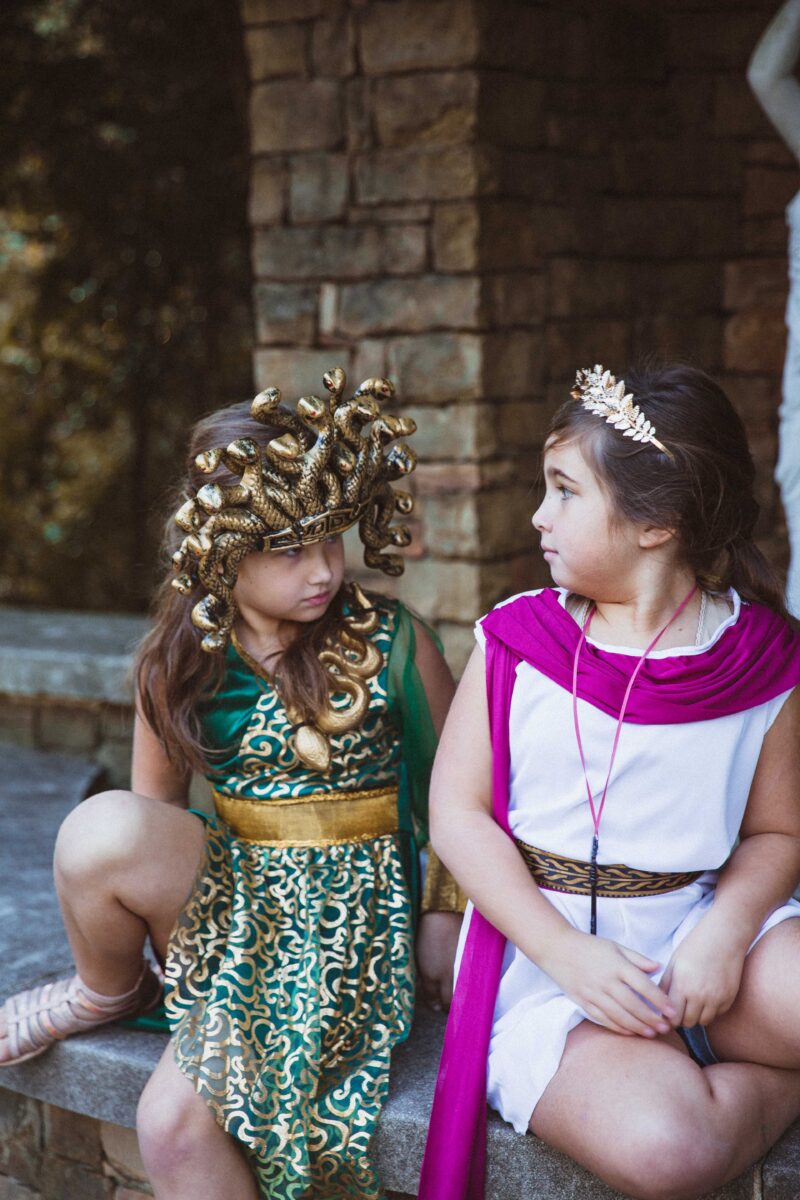 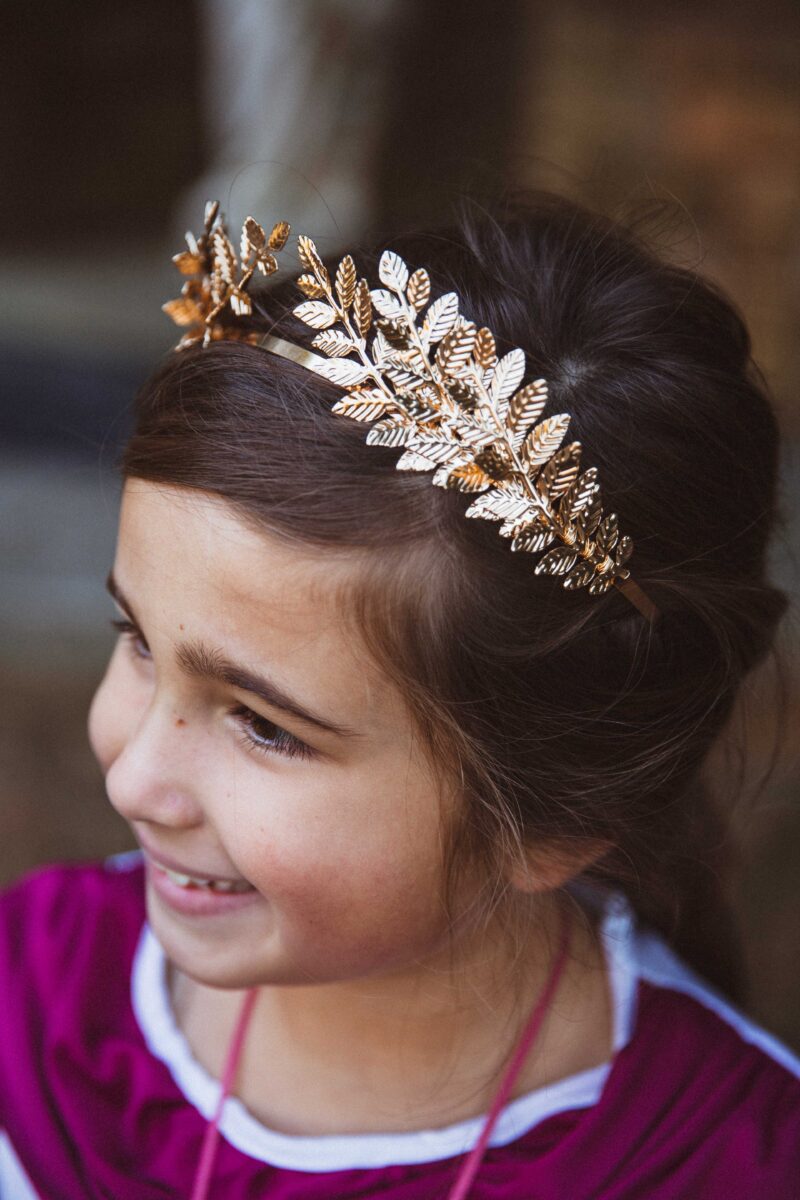 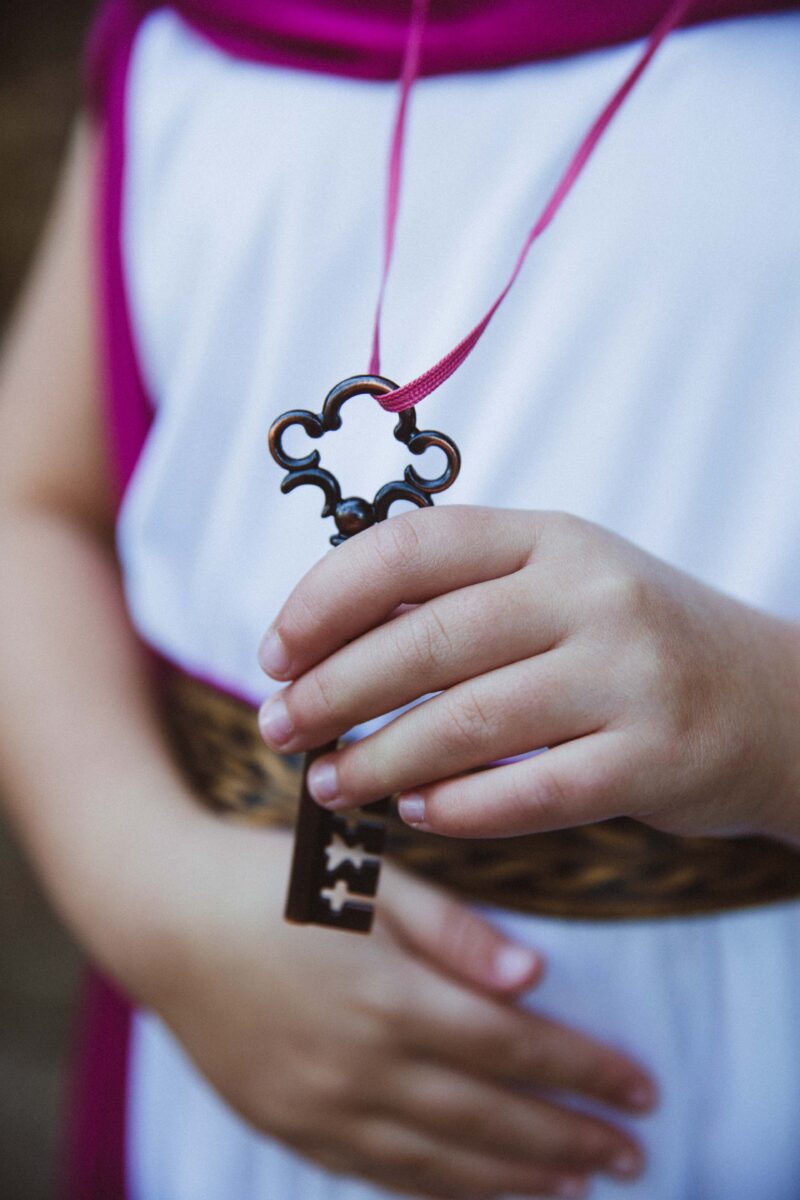 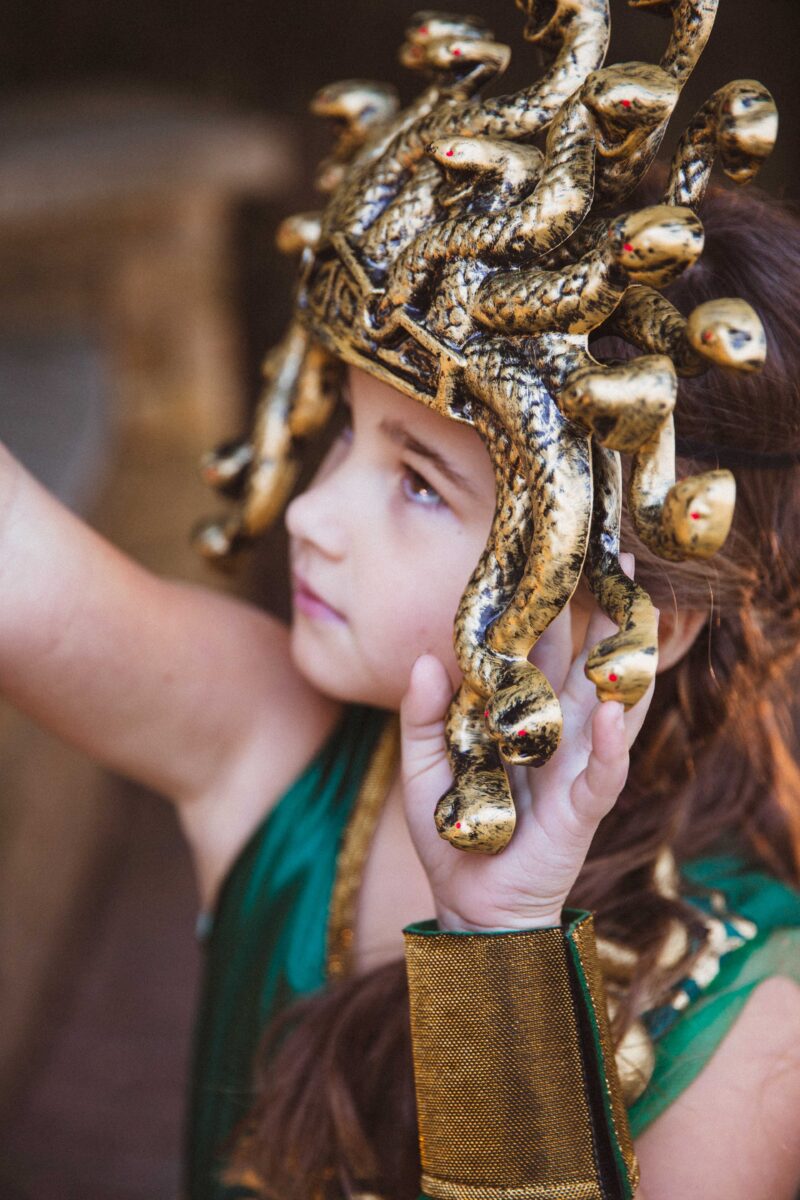 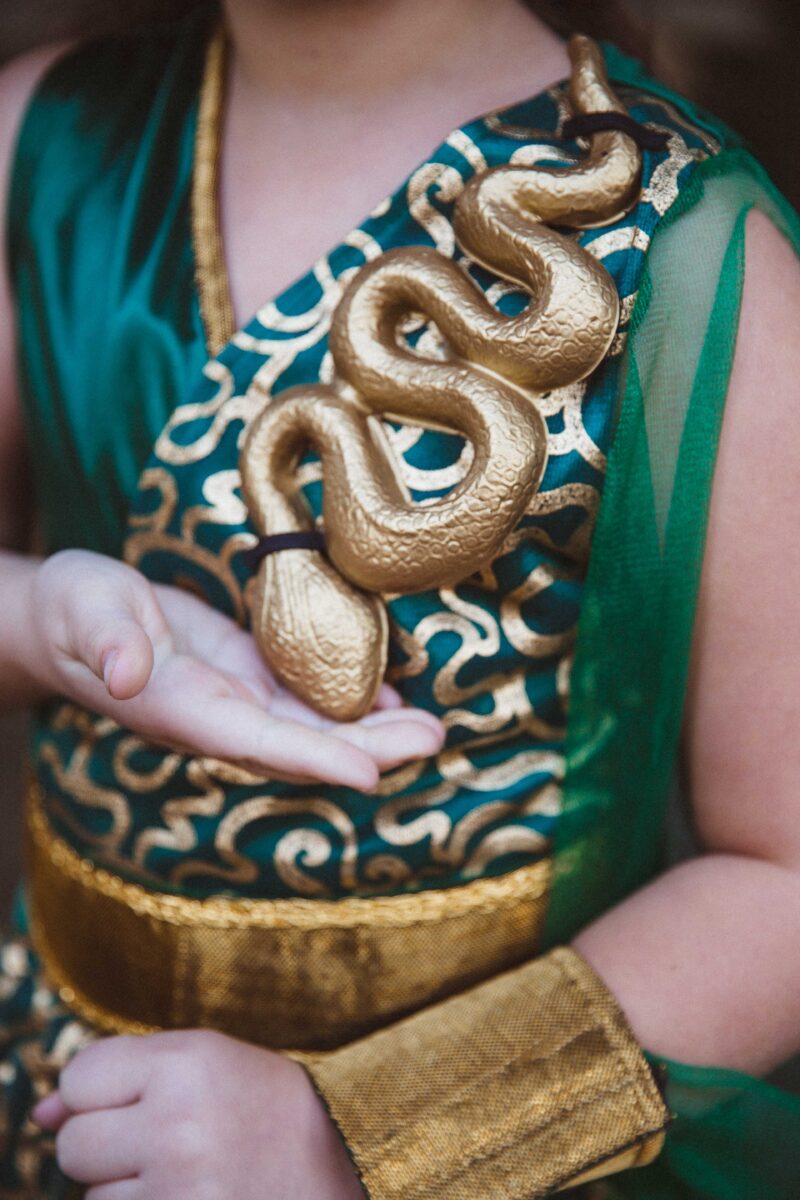 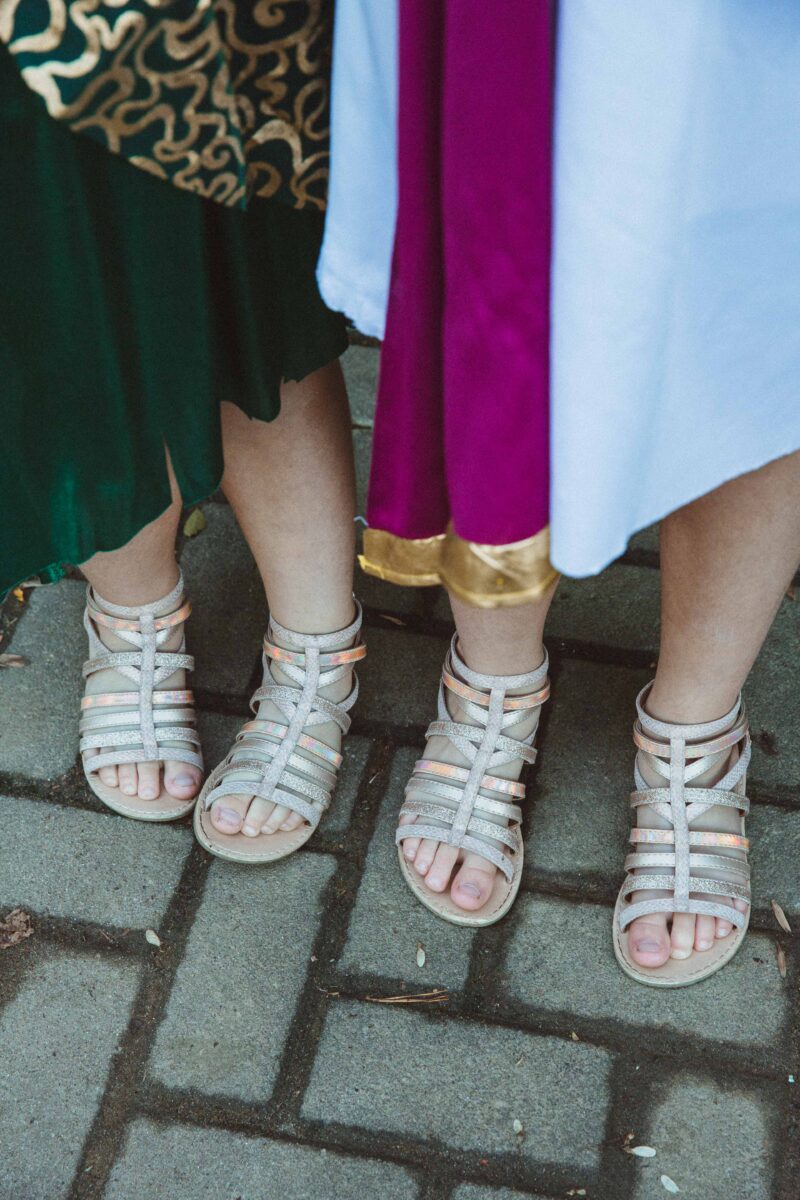 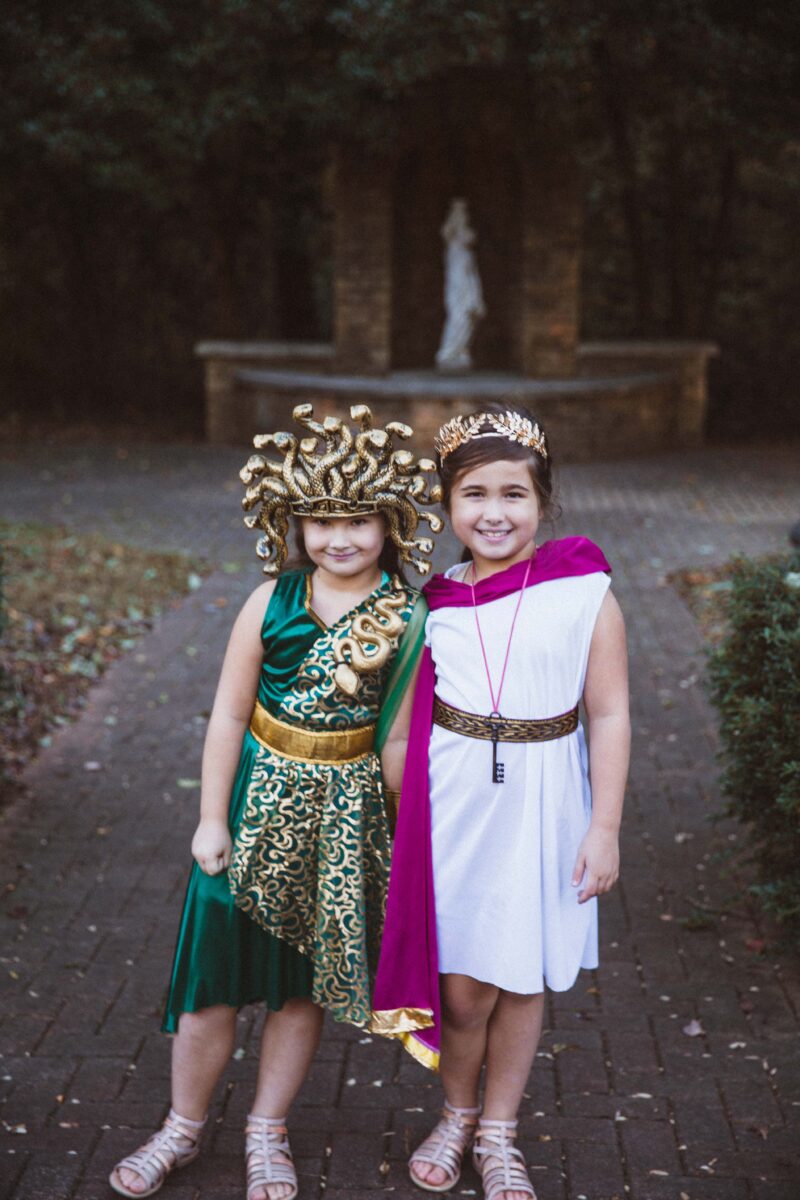 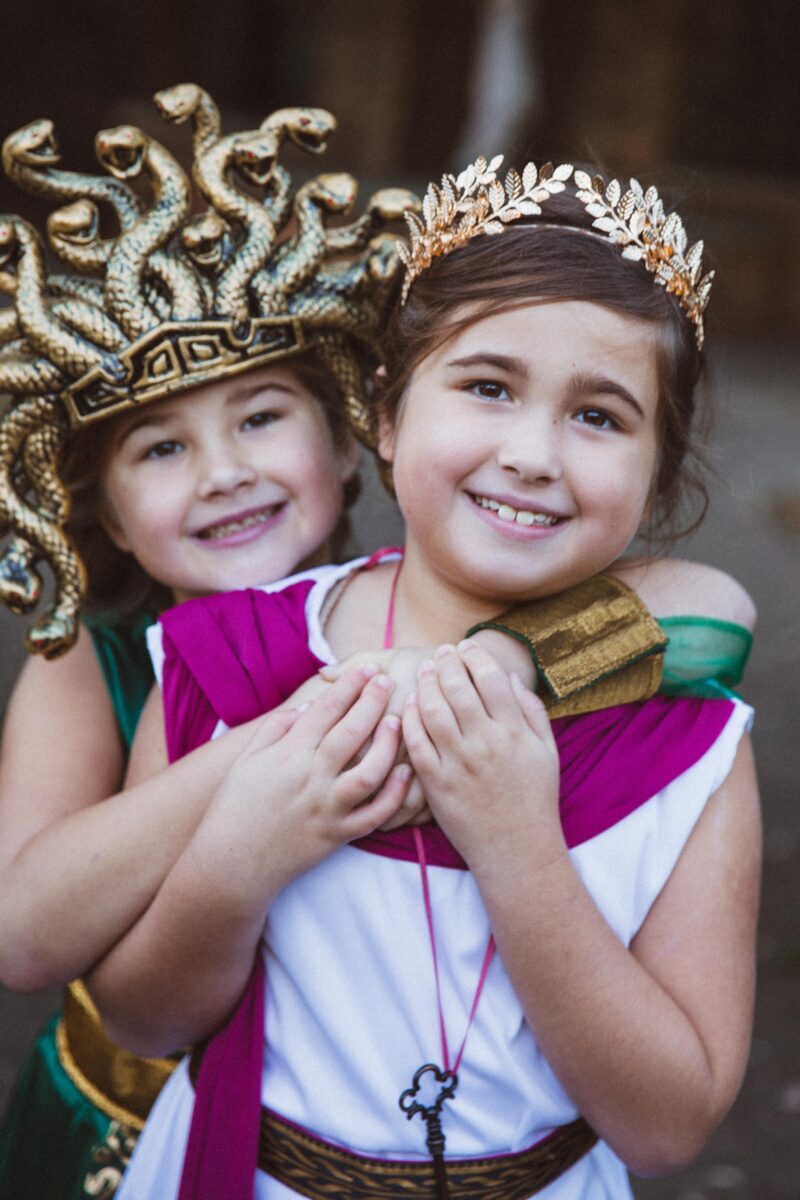 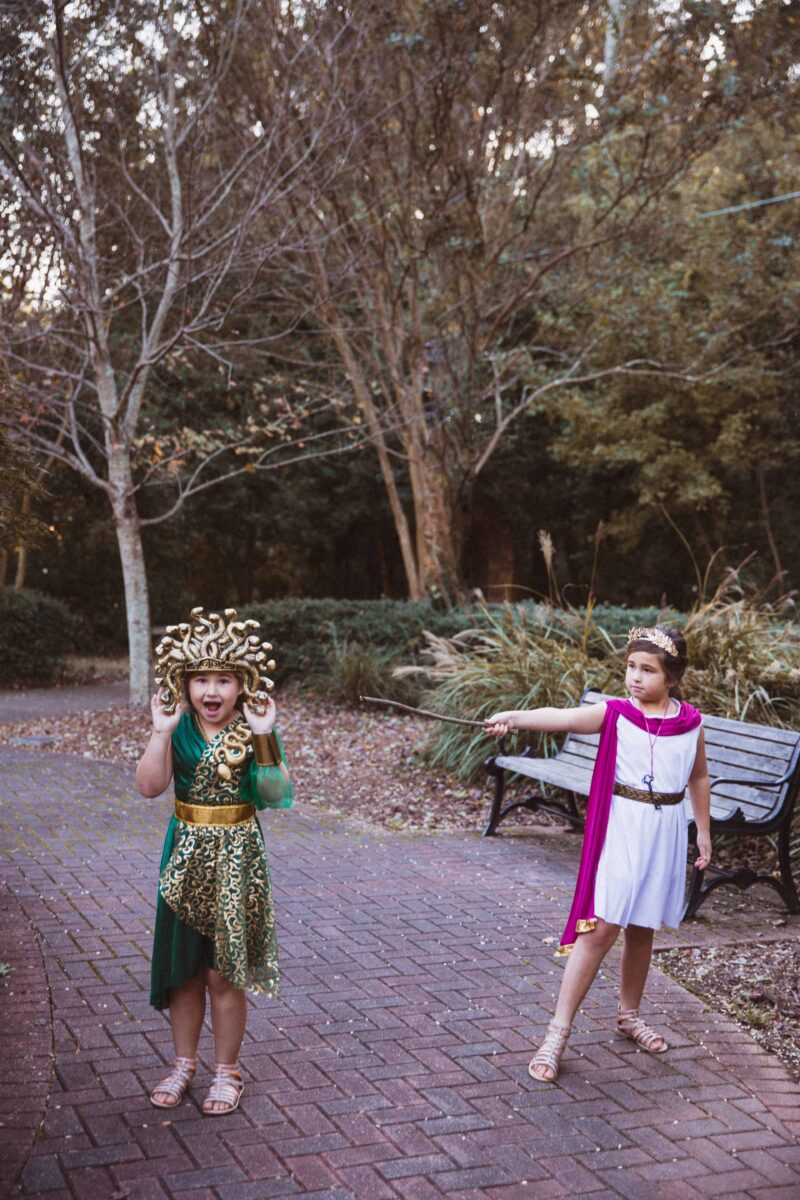 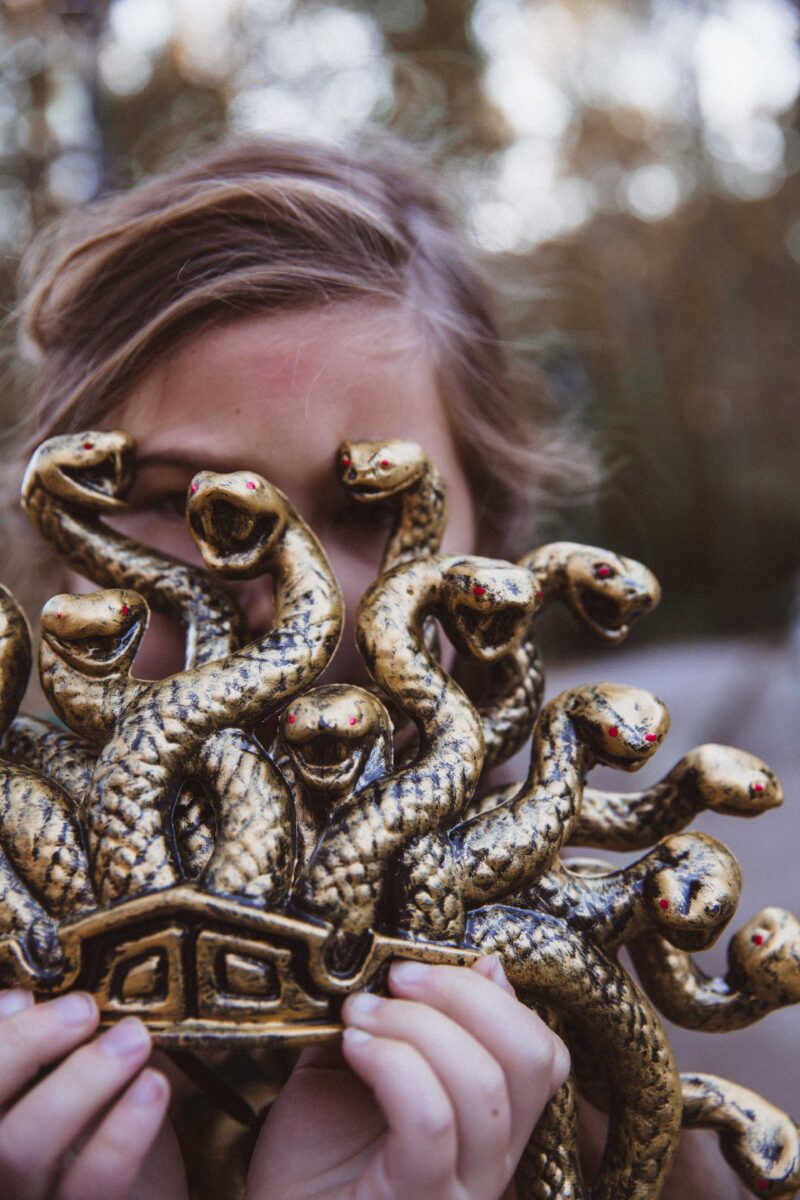