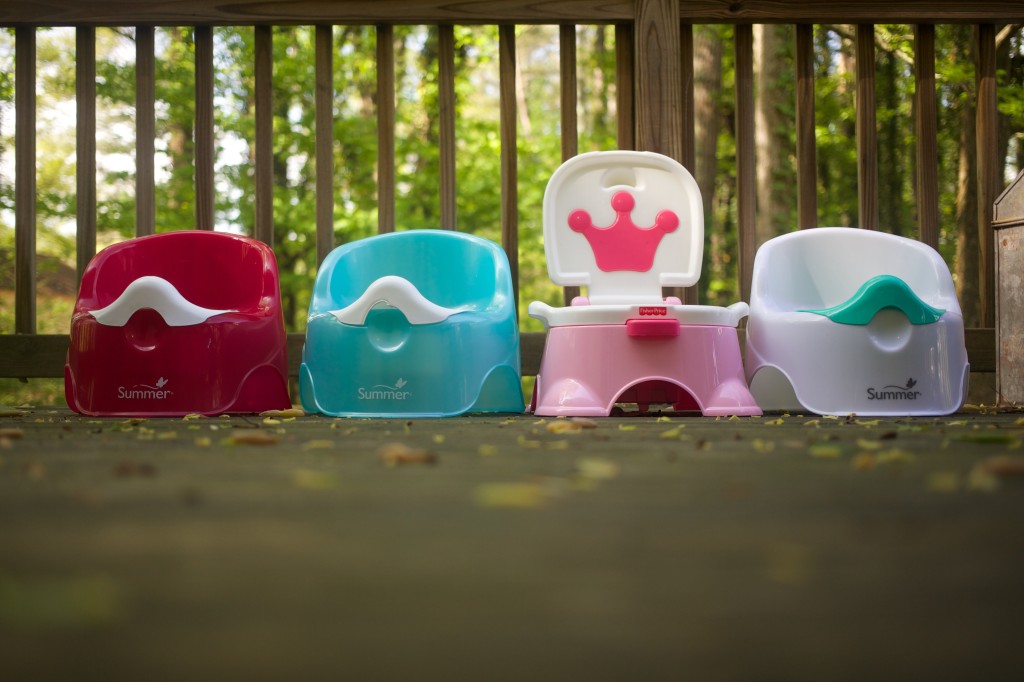 So you may remember my utter failure at potty training from several months ago. At the time I felt like E.V. was “showing signs of readiness,” and so I hunkered down with my toddler and a newborn for three days at home in hopes of knocking potty training off our to-do list before school began. Those were the most defeating three days of my life — mostly because E.V. peed in the potty exactly ZERO times. ZERO, people, ZERO!

Fast forward a bit, and a month or two ago Emma Vance’s teacher asked me if we were potty training because she had asked to go pee pee on the potty at school. We weren’t, but I took that as the signal that it was time to try again. This time around I decided a slower, more organic, child-led method would suit us, so I slowly began asking Emma Vance to try and go pee pee on the potty and giving her rewards (in the form of potty chocolate and poop cake and a new princess potty that she’s OBSESSED WITH). It’s been slow-going, but she’s pretty much potty trained…finally!

We’re in an odd phase right now where she has the ability to not have accidents, but I (or whoever is watching her) really has to be attentive to help her stay dry. I’m not fully confident that she won’t pee herself in public — less due to her ability and more due to her desire. (Clearly my free-spirited child could care less if she’s got wet pants on.) She’s been 100% accident-free at home for a while now, but I’m still a little gun shy when taking her out to run errands or to activities. A few weeks ago I attempted to do Target + dinner with her wearing big girl underwear, and she was so good — until dessert when E.V. hopped up from the table and randomly peed on the restaurant floor. Doh. Since then she’s been in pull-ups in public except for preschool (because those teachers are just as committed as we are to our toddler being accident-free).

I will mention that our biggest challenges right now are pooping and sleeping. Emma Vance doesn’t love going poop in the potty (regardless of the incentive of cake), and so we’ve had to watch her closely to help her not have a #2 accident. In fact, a few days ago she was quietly playing upstairs (suspicious), and when I found her, she had taken down all of our clean towels, wrapped them around her and covered her head with a basket. I asked her what she was doing, and she responded, “I’m a cow! In a cage!” I laughed and went back downstairs, but within a few minutes she was crying for help. I ran upstairs again, obviously worried, and much to my chagrin I found E.V. butt-naked (literally), covered in poop. Turns out she was not a cow in a cage as she had stated, but rather a toddler going poop. When I ushered her back into the bathroom, I saw that she had taken off her pull-up, tried to wipe herself with my then-clean towels, then attempted to bathe her bottom in the then-clean tub, and finally tried to be a big girl and sit her poopy bottom on the then-clean toilet. (insert hand-smack to the forehead) That was fun to clean up.

It’s going to be a long process, I think, until we can throw away the pull-ups and be 100% in big girl underwear. (#securityblanket much?) However, regardless of peeing in public and pooping everywhere, this round of potty training was so much less painful and so much more successful! ;) 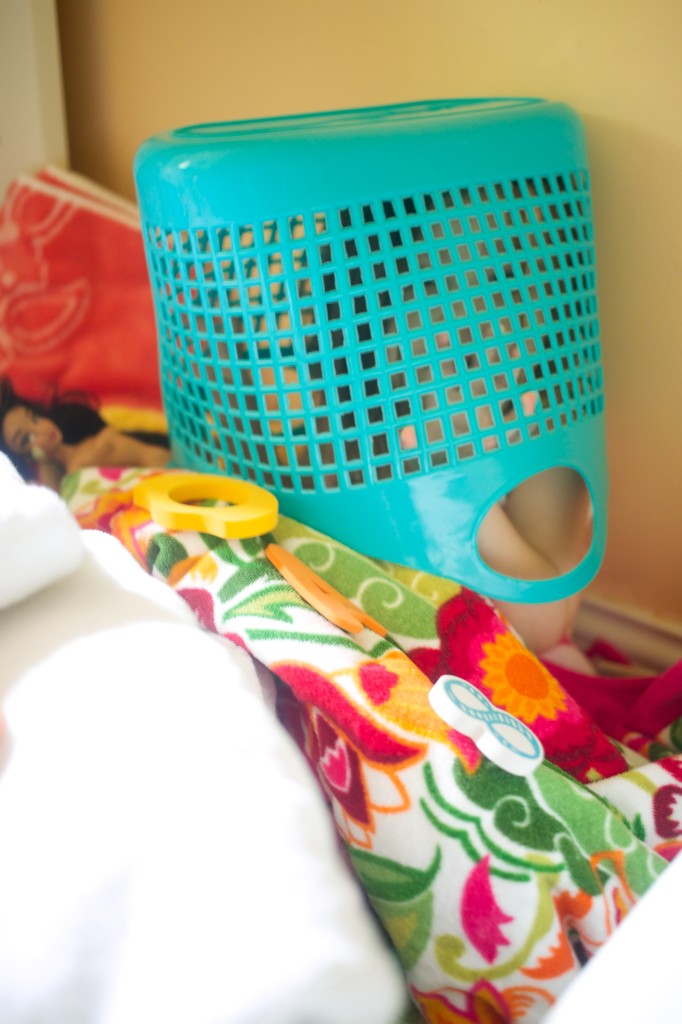 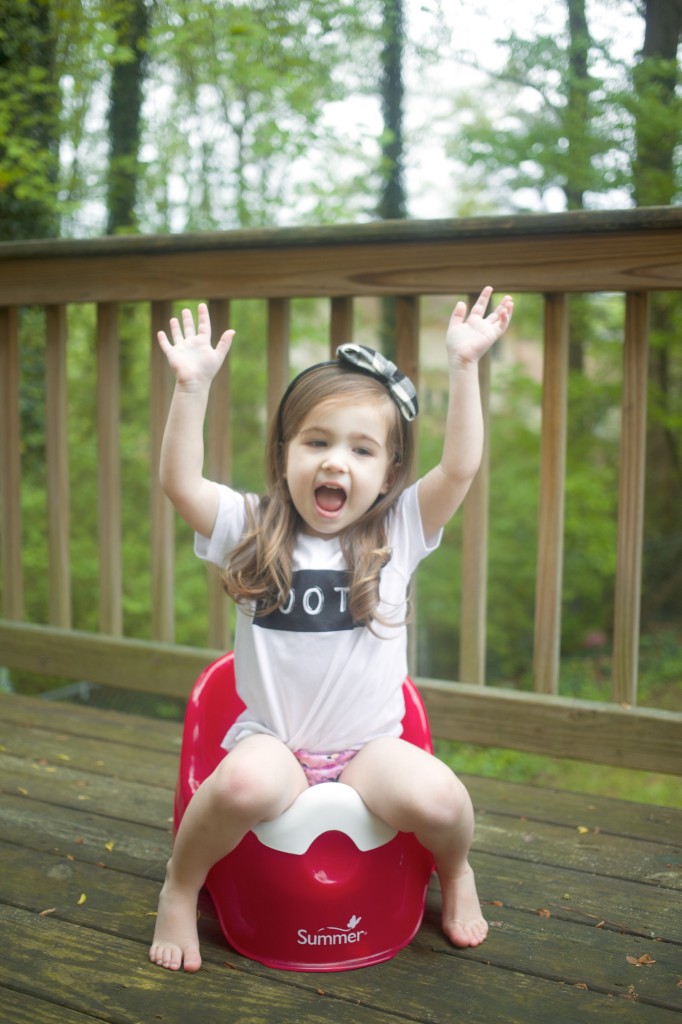 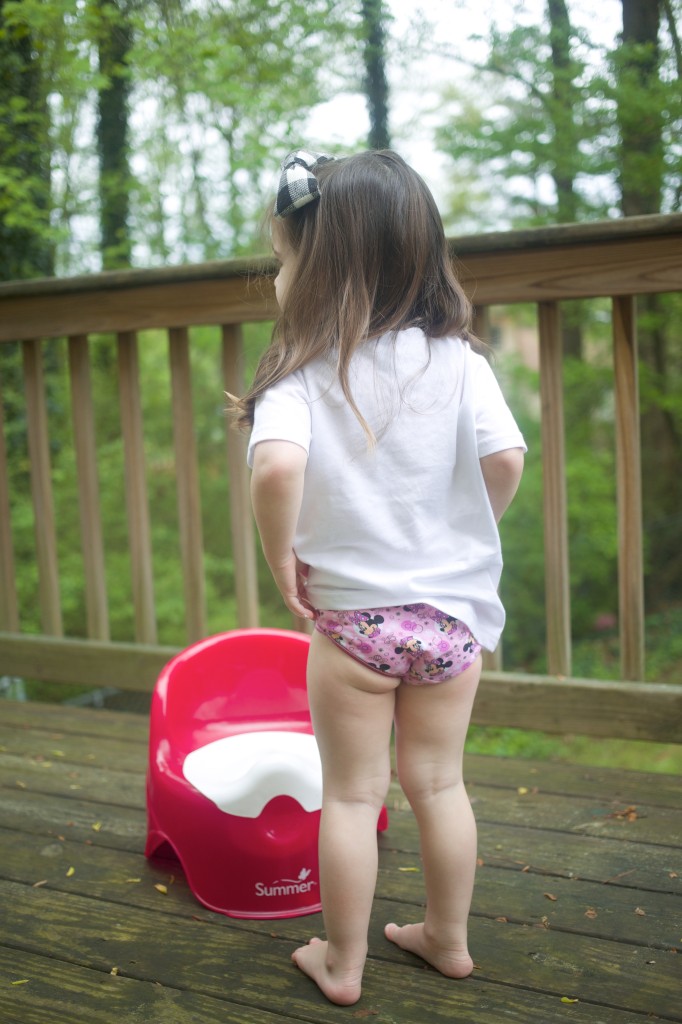 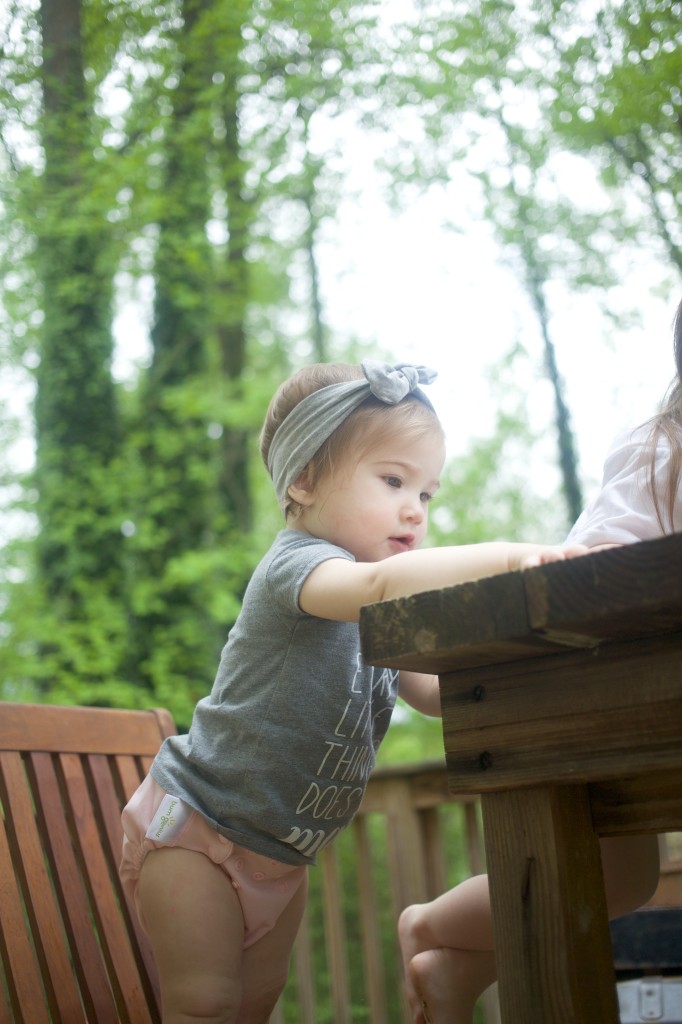 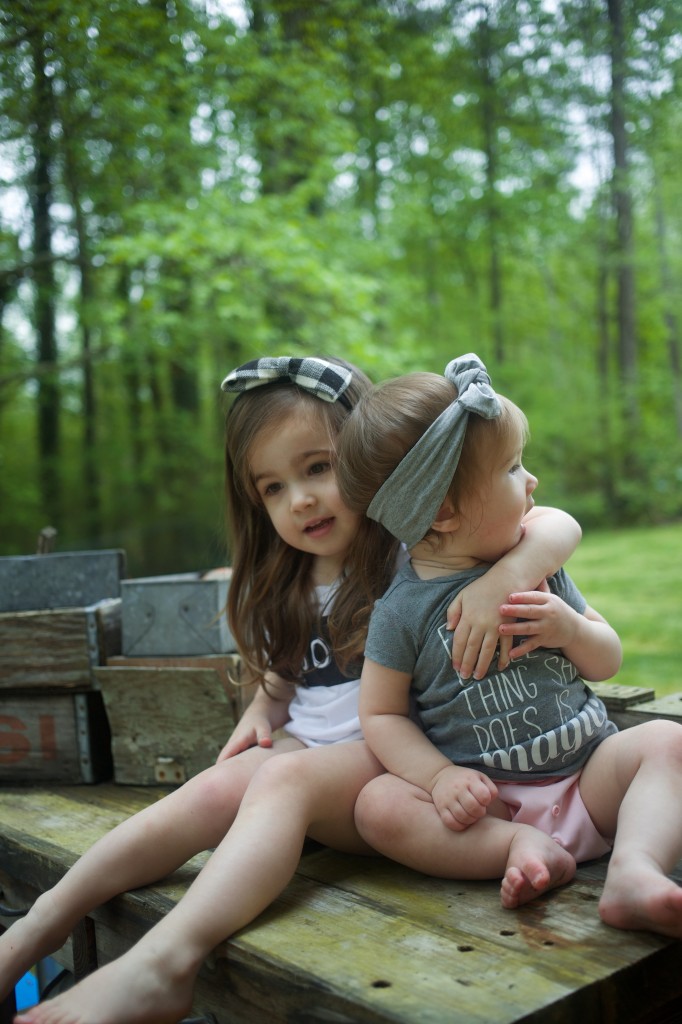 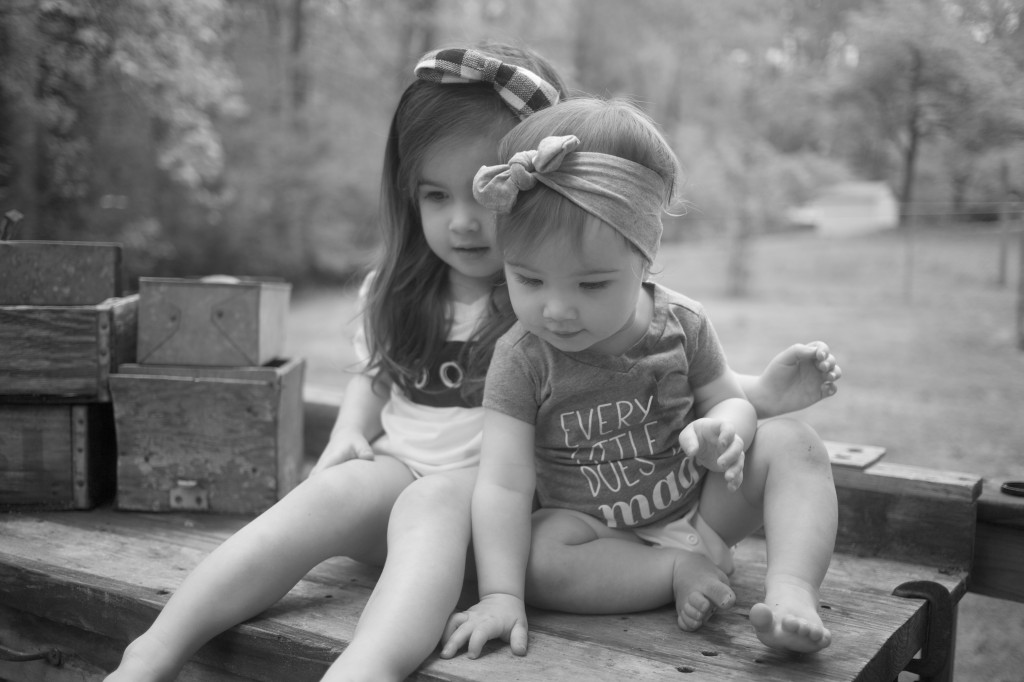 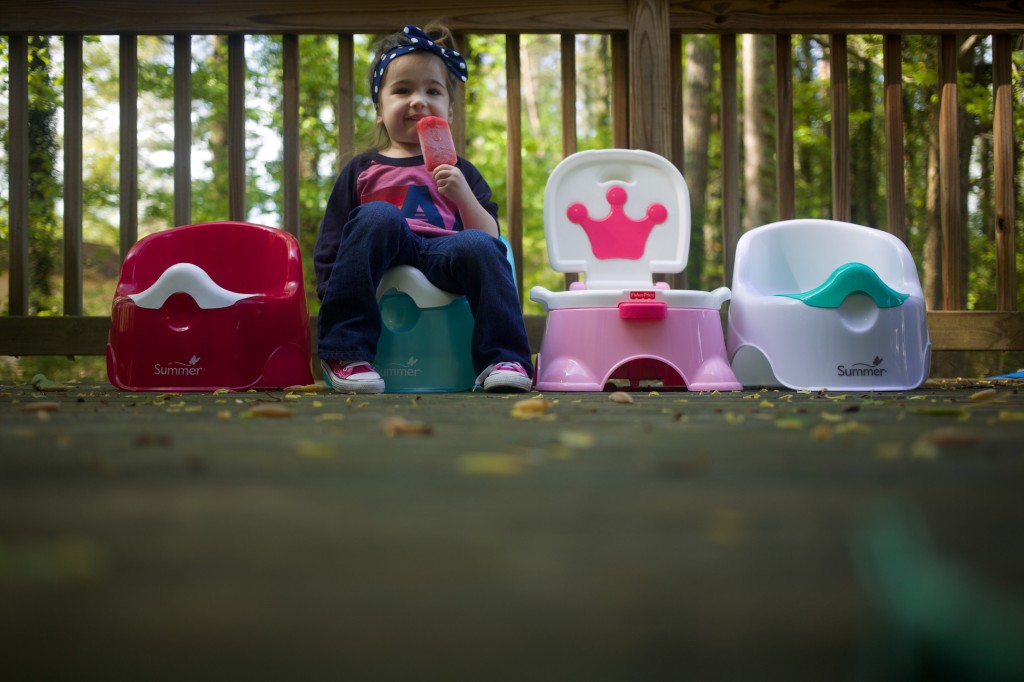 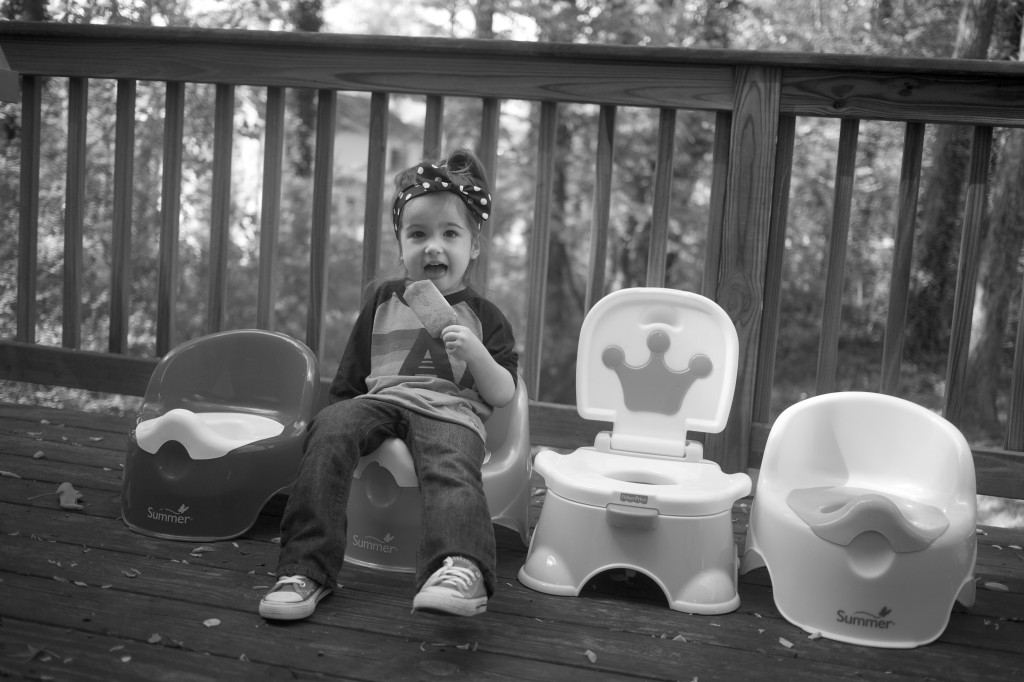