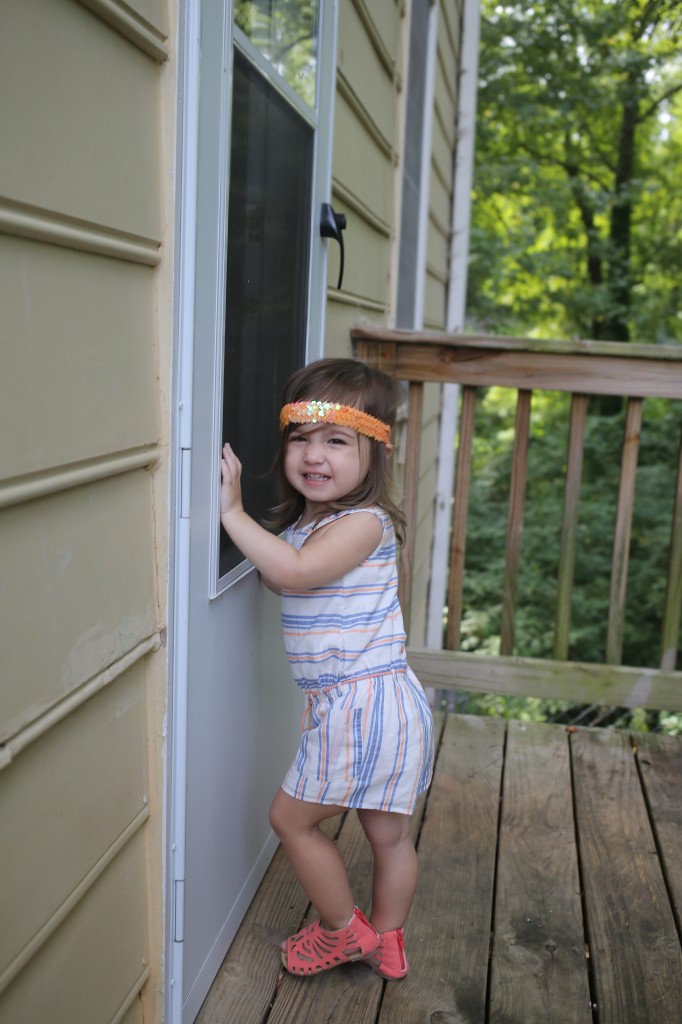 Uh-oh. We are in TROUBLE, folks!

Last night E.V. totally played Ryan and I, and what’s worse is that she did it perfectly. And effortlessly.

Ryan was downstairs working while the girls and I were upstairs in our room watching “Frozen” before bedtime. I was putting away laundry while our little lady sang her heart out to “Let It Go,” and it seemed like any other night. Emma Vance is really into movies lately, and with so much to accomplish and juggle, we’ve been indulging her, including watching part of “Nemo” earlier that day (which I had recorded on our DVR downstairs). I was trying not to feel guilty about movie #2 for the day, so when my pajama-ed toddler voluntarily crawled down from our bed and went to her room to play, I was ecstatic. I continued on with my chores, but after about 15 minutes of silence (and the credits rolling), I was concerned, so I went looking for Emma Vance..and couldn’t find her. {insert momentary panic}

It turns out that I had left the gate open, and when I realized this I scrambled down the stairs, shouting to Ryan to see if he had E.V. with him. (He did.) She had walked herself downstairs, sidled up to her dad, handed him the remote and (with big puppy dog eyes) asked, “Nemo?” How could he resist? I jokingly scolded him that she had already watched “Nemo” that day, but he looked innocent and responded that he didn’t know that. I let him indulge her because I had more work to do upstairs. She grinned to herself, knowing that her plan had worked.

After a while I began getting Cricket ready for bed (which coincides with E.V.’s bedtime). I was in her nursery when I heard Ryan bring E.V. upstairs to get her ready for bed as well. As I nursed and lulled Cricket to sleep, I thought how quietly and quickly Emma Vance had gone down. Go figure! Only when it’s Daddy’s turn! Since E.V. had passed out already, I spent a long time in Cricket’s nursery with her, not thinking much of it. After about 20 minutes, I heard the opening theme to “Frozen” playing in our master bedroom again. UGH! Seriously, Ryan?!? I figured he had avoided putting her down and was allowing her to watch her FOURTH movie of the day. After fuming silently for another few minutes, I emerged from a sleeping Kit’s room with a few sarcastic remarks prepared for Ryan. However, when I walked into our room, there was E.V., tucked into our bed, grinning from ear to ear. She laughed and squealed with glee at the sight of me and hid the remote in her hands under the covers. Hmmm.

Being the mom ;), I immediately did her night-night routine (since it was way past her bedtime by this point), and then walked downstairs. “Why did you put on ‘Frozen’ and then leave E.V. upstairs?” {blank stare from Ryan followed with an earnest, “Huh?”}

Ryan had walked Emma Vance upstairs to put her to bed, and she had “fallen asleep” on the way. (Pretending.) Ryan had laid her in our bed, thinking she was conked out. When he left, she found the remote and turned on the television and hit “play” on “Frozen.” Ryan and I couldn’t figure out if we were more mad, impressed or embarrassed that she had played us both so well. (I’m going with “impressed” — and “worried!”) :)

No joking. This one is SMART, people, and MISCHIEVOUS! We are in for quite an interesting run with her as a teenager… 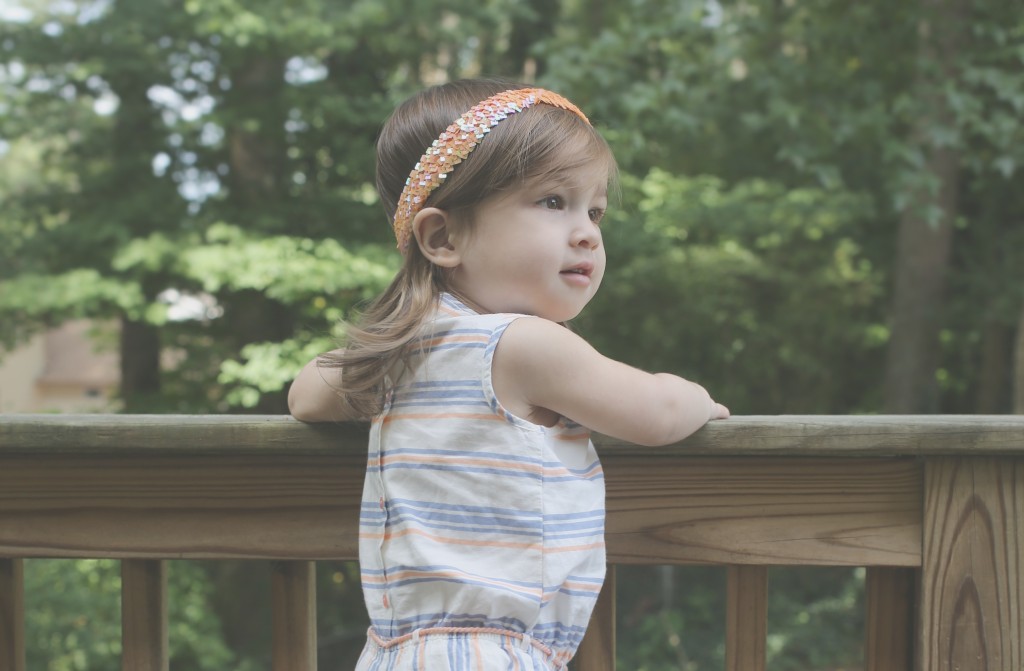 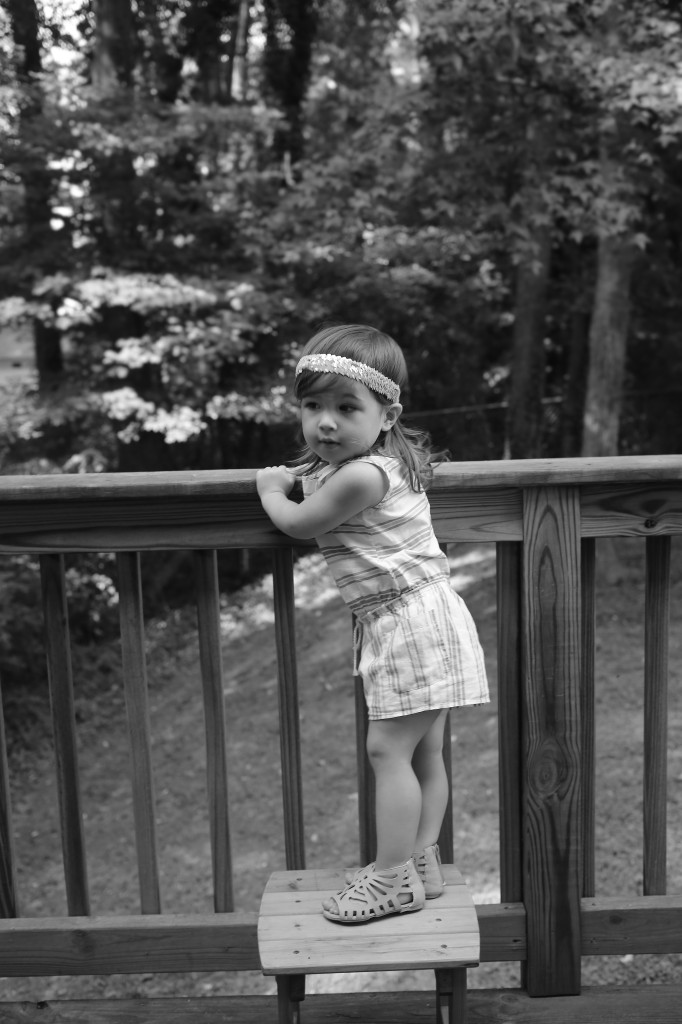 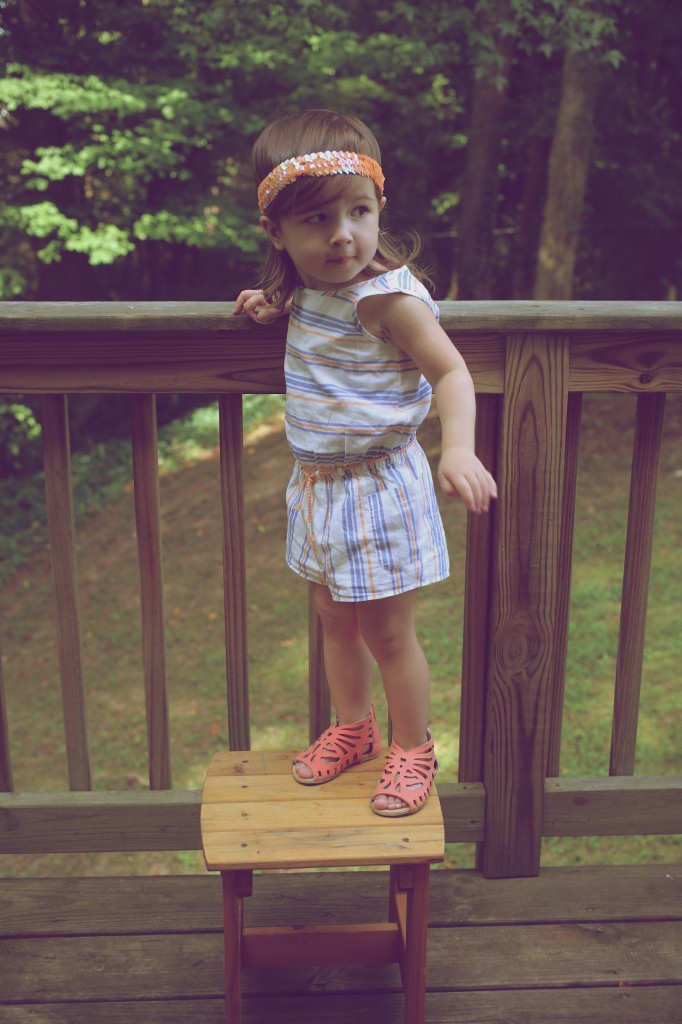