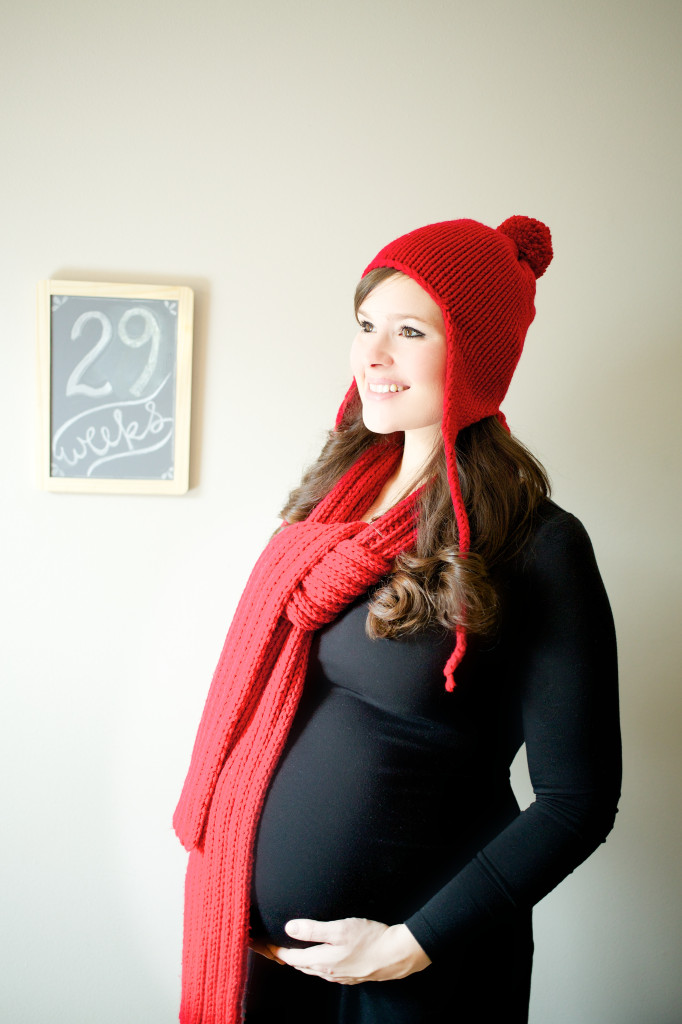 The first week of my third trimester has not been so kind to me, or rather to my body. It seems like crossing over that threshold into this final stage has given pregnancy the license to wreak havoc on my joints, ligaments and muscles, and now every day it seems like something else aches. (And poor Ryan’s stuck listening to me complain!) The most debilitating pain has been my left round ligament in my belly. I’m certain I’ve strained it, if not actually torn it, from carrying around Emma Vance. (Strangely, even with the jabbing pain, I cannot seem to figure out a comfortable way to carry her on my right side! Talk about muscle memory…) This searing pain in my stomach does have its small benefits, though, I suppose: I was waiting in line at the deli yesterday, grimacing, hunched over a bit and rubbing my belly to try and find a bit of relief, and this sweet woman insisted I go first (which was a big deal with the long line of panicked Southerners trying to stock up on turkey and cheese for the coming “snow storm”). I tried to decline (“I’m not in labor, I swear!”), but she had her mind made up. All right, if you insist… ;)