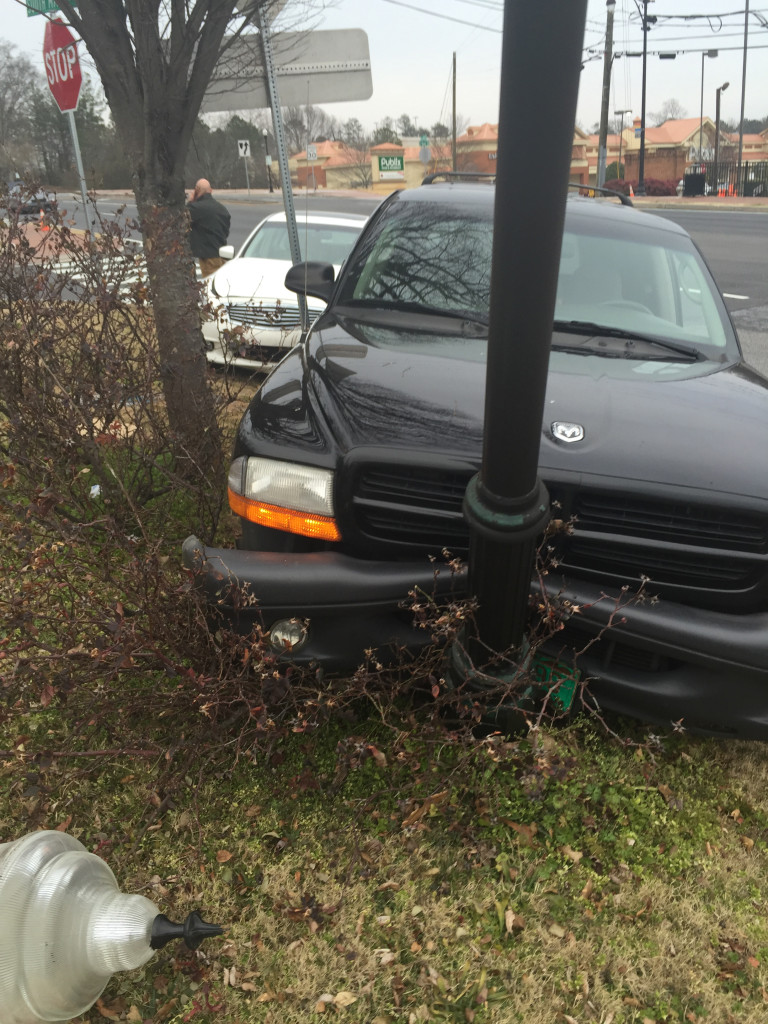 Today was my day to play Cooking Parent at preschool for E.V.’s class. I was excited to come up with something fun for the kids to “cook” but didn’t want to involve the oven or school kitchen at all (because of time + logistics + I’m a terrible cook-cook anyway). I wracked my brain and sifted through Pinterest for some inspiration and realized that one of the girls’ current favorite books, “Pete the Cat: I Love My White Shoes,” would make a great cooking idea.

In the book (in case you’re one of the lucky parents who hasn’t had to read it to their children over 13 bazillion times like I have), Pete the Cat has brand-new white shoes that he loves (obvi). He steps in a pile of strawberries and they turn red; and then a pile of blueberries and they turn blue; and then a puddle of mud and they turn brown; and finally **SPOILER ALERT** a bucket water which turns them white again. There’s a track on “Mr. Eric’s Silly Songs” album that reads and sings the story in a blues fashion, and E.V. and Cricket listened to it on repeat during our TV-Free Week in January.

Playing the song while flipping the pages to the book sounded fun and low-pressure to me, and I saw a few ideas on Pinterest based on the story that inspired my cooking idea: Pete the Cat Sandwiches! I thought I could cut white shoe prints out of bread, have the children add sliced strawberries, blueberries and chocolate spread (like Nutella, but soy-based since our school is nut-free) and top it all of with another white shoe. (Cute, right?) I was pumped about my vision. I had it all planned out — the DIY for the blog, the cutesy royal-blue plates and banana-yellow napkins that’s prevalent in the book’s illustrations, the individually-portioned sets of supplies, one per kid. It was going to be great.

If you’ve been cyber-stalking (or just casually perusing, of course) my IG feed or reading my blog (or have been gracious to take any of my calls and listen to me complain), then you know I’ve been having a run of really crummy days lately. I really thought it couldn’t (or at least wouldn’t) get any worse, but I was wrong.

On Monday, the girls were at Ryan’s mom’s house while I was at a meeting, and since the meeting ended a little earlier than I expected, I decided to make a pit-stop at the grocery store before picking them up. (Shopping without kids is heavenly.) I was in and out quickly, and with Pete the Cat supplies in my trunk, I headed to my mother-in-law’s house. Unfortunately I had to cross over a large divided highway to get there during rush hour traffic. I crossed halfway and then waited in the median for a lull in the oncoming traffic. A couple of groups of cars went by, and then there was a break. I could see the next group of cars in the distance and had plenty of time to get across safely. I began to drive when (seemingly out of nowhere), I crashed with a white car. I say “with” because he didn’t T-bone me, nor I him. He hit my front passenger-side wheel, and I hit his front driver-side bumper. The force pushed my car into a lamp post, and both of us ended up on the sidewalk. Thankfully neither car was going super fast (I had been at a complete stop a split-second before), and both of us were shaken up but okay.

Once we established that there was no blood or broken bones, the usual madness ensued: 911 calls, police reports, insurance exchanges, tow trucks, rental cars…yuck. It was my fault (boo), which stinks but I’m happy to take responsibility for my actions. Truthfully, I’m just thankful that the girls weren’t with me and that no one was hurt. I felt awful for the other driver, who was kind and gracious about the whole thing. (What a hassle to have to deal with some dumb girl who pulled out in front of you!) Honestly, I have NO IDEA where the car came from because I literally didn’t even see it until we had crashed; he was separate from and way ahead of the oncoming group of cars, so I imagine that he must’ve just pulled out of one of the nearby shopping centers, which explains why I didn’t see him. Whatever…it is what it is.

Once everything was settled, and I was at home with E.V. and Cricket, I thought to myself, “Well, now what?” Well, now we prep for Pete the Cat Sandwiches, that’s what! Sometimes (a lot of times) life throws junk your way; it’s inevitable. I always remind myself (and Ryan, haha) that we can’t control others or situations, but we can control what we do and how we react. As for me, I’m a pusher-througher. (Remember when I accidentally slit my wrist laying carpet in Cricket’s nursery, had to go to the ER for stitches, and then came home — and finished laying the carpet?) So, post-accident, the girls and I washed blueberries, sliced strawberries, cut up bread and packed up supplies for today’s preschool cooking activity. Sure, I wasn’t able to get all the matching plates and supplies; I served the ingredients en masse instead of making pretty individual portions; I ended up cutting easy cat faces out of the bread because shoes were taking too long; and there will be no pinnable DIY blog with pretty photography — but we had a great time. The kids sang their hearts out to the story/song; Cricket got to join in as my little helper; everyone loved making the sandwiches and even asked for seconds. Heck, they even gobbled up all the extra strawberries and blueberries (and chocolate spread, of course). It was fun for me and for them, so it was awesome. (Although it did cost me one SUV…hahaha!)

Ironically, “Pete the Cat: I Love My White Shoes” ends with the prefect moral to both his story and mine:

“No matter what you step in, keep walking along and singing your song. Because it’s all good.” 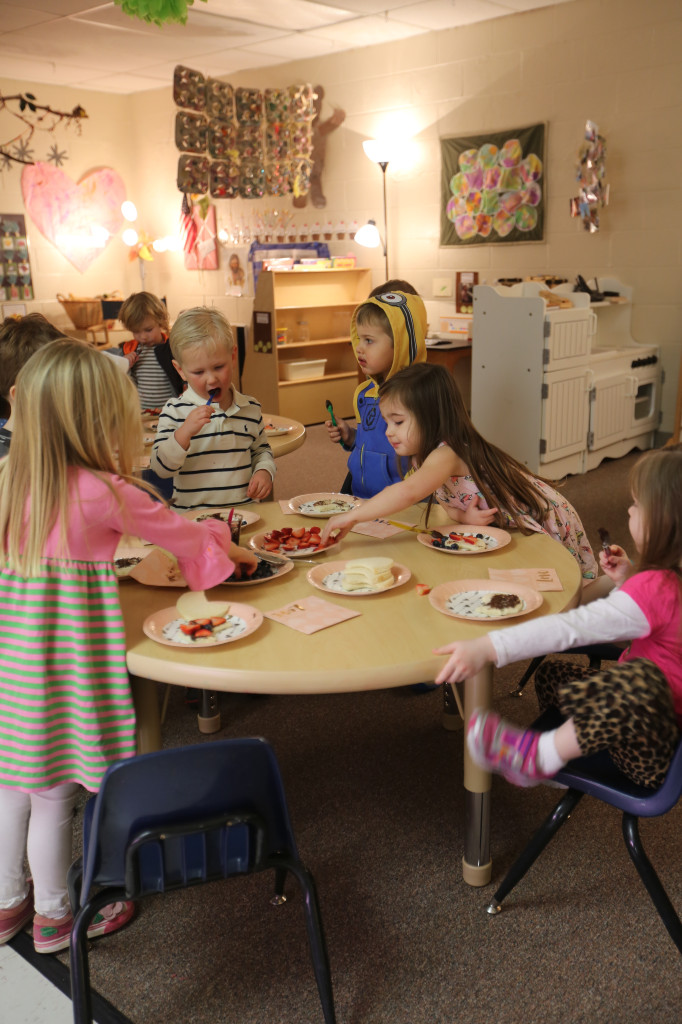 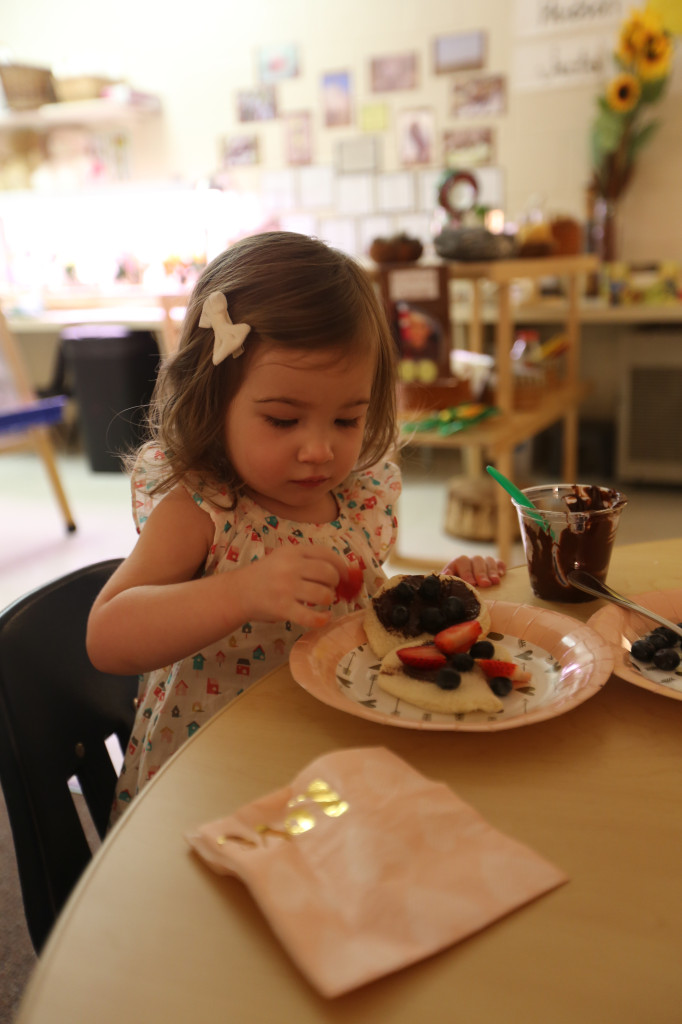 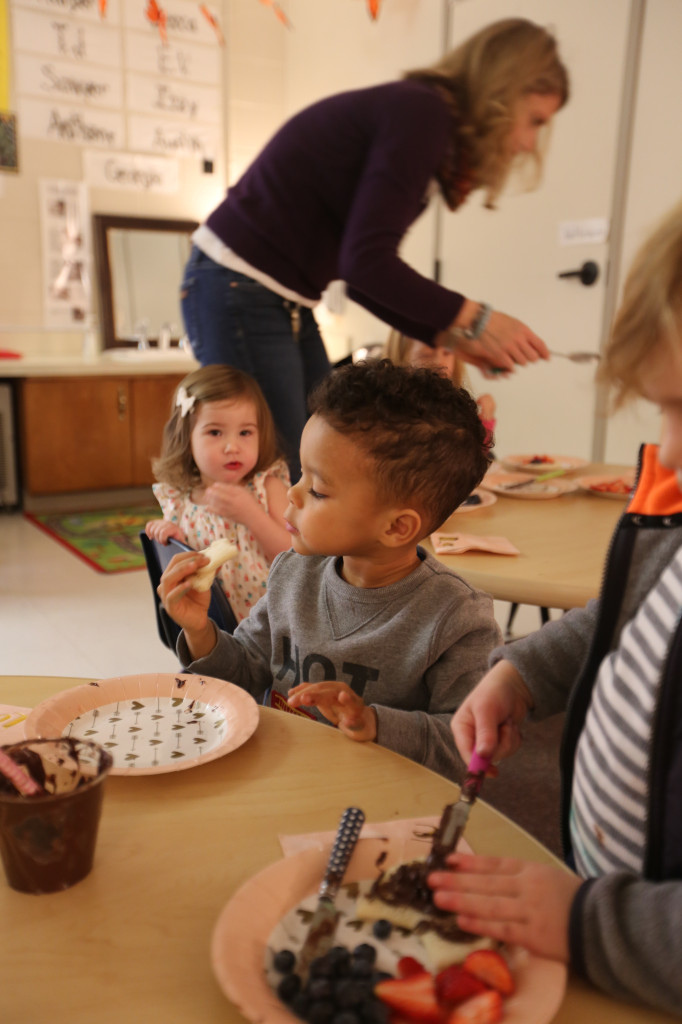 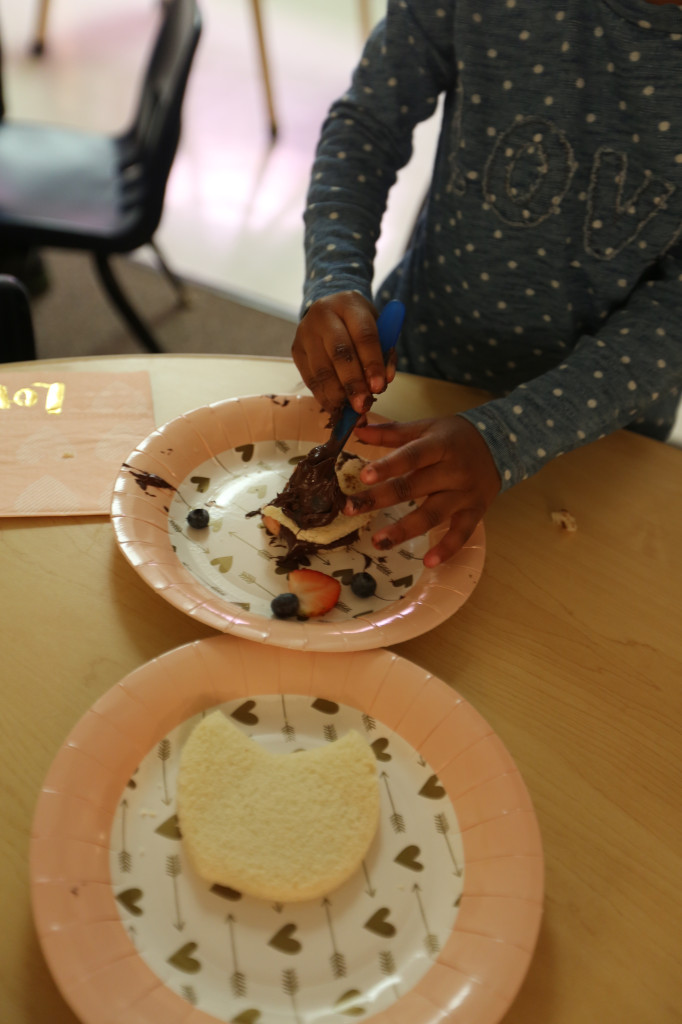 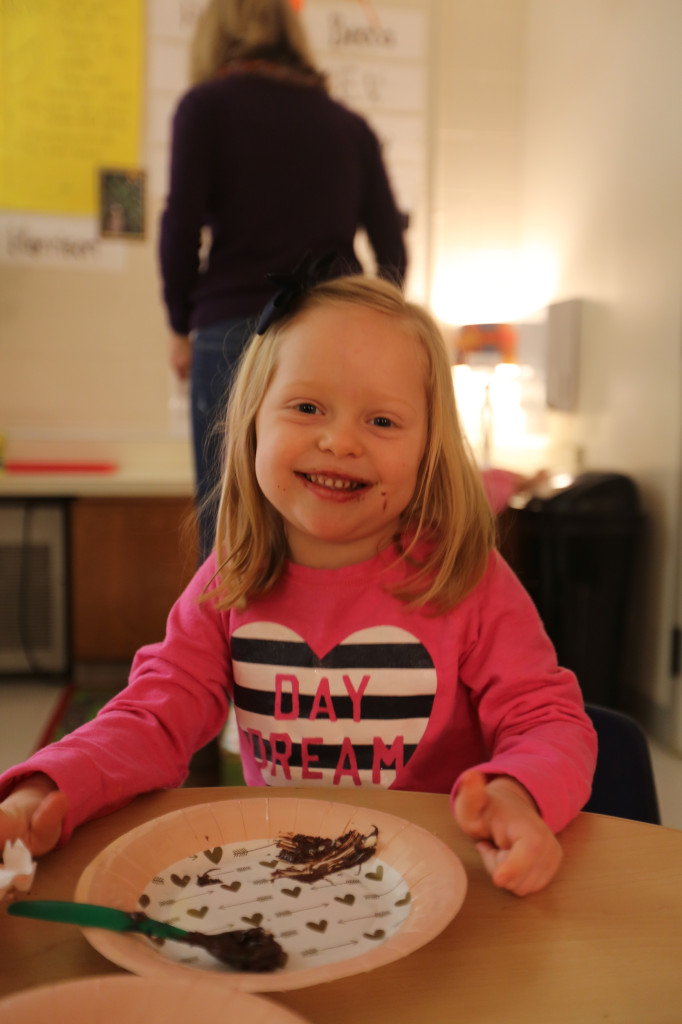