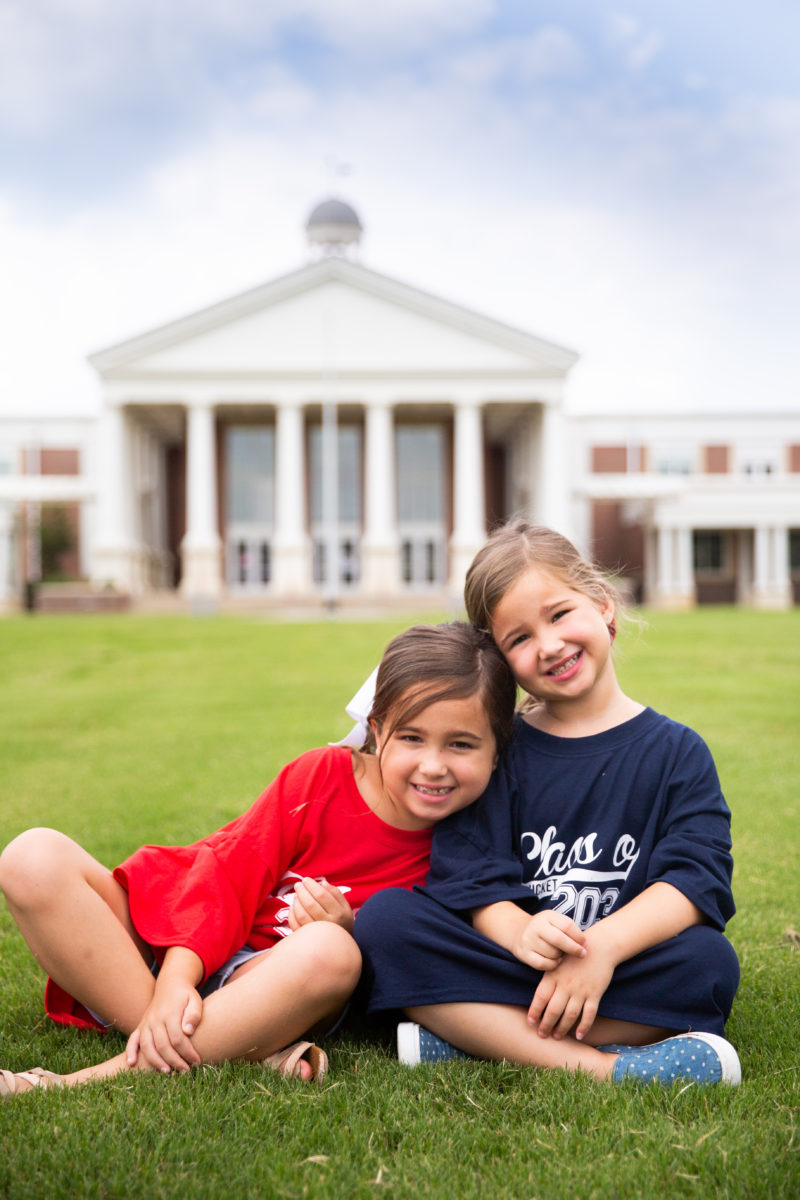 Children want the same things we want. To laugh, to be challenged, to be entertained, and delighted.

Yesterday’s kindergarten drop-off went decently. Despite the rocky start, I left Cricket with a smile on her face (and managed to only cry a little in my car afterward). When I pulled up to the carpool line a few hours later, there was Cricket in full-on hug mode, wrapped around E.V.’s waist while they waited for me on the sidewalk.

Both girls bounded into the car, and as soon as the buckles were clicked, I was dying inside as I asked: “WELL, HOW WAS KINDERGARTEN???”

And then Cricket heard the words all first-day-of-kindergarten mothers die to hear:

Great! I made a new best friend. Her name is Grace.

She then proceeded to babble on for the entire car ride, which is a good sign. The gist? She made a new best friend but they don’t sit together, she loved watching French videos on the white board (which took about five minutes itself to describe before she learned the word “white board”), the playground was too hot for knee socks, she doesn’t understand anything her teachers said, and she learned a song in French. Then she presented me with her first drawing of kindergarten — a raincloud filled with water droplets and a cloud rollercoaster. Overall, not a shabby day!

(Oh, and E.V. had a great first day, too, but when you only have two French classrooms each year, there’s less to report because there aren’t a lot of new kids.)

This first big transition into real school is so important. I am keenly aware that the girls’ experiences in these early days shapes their attitude toward school forever, which is exciting and nerve wracking. We are thankful that we’ve found a school that we love for now — one that does exactly what we hope for: give our children the opportunity to laugh, to be challenged, to be entertained, and delighted.

P.S. Yes, I made good on my Menchie’s offer because in parenting, you should mean what you say. ;)

This year I took Cricket and E.V.’s annual “Class of” pictures in front of their one-day high school! 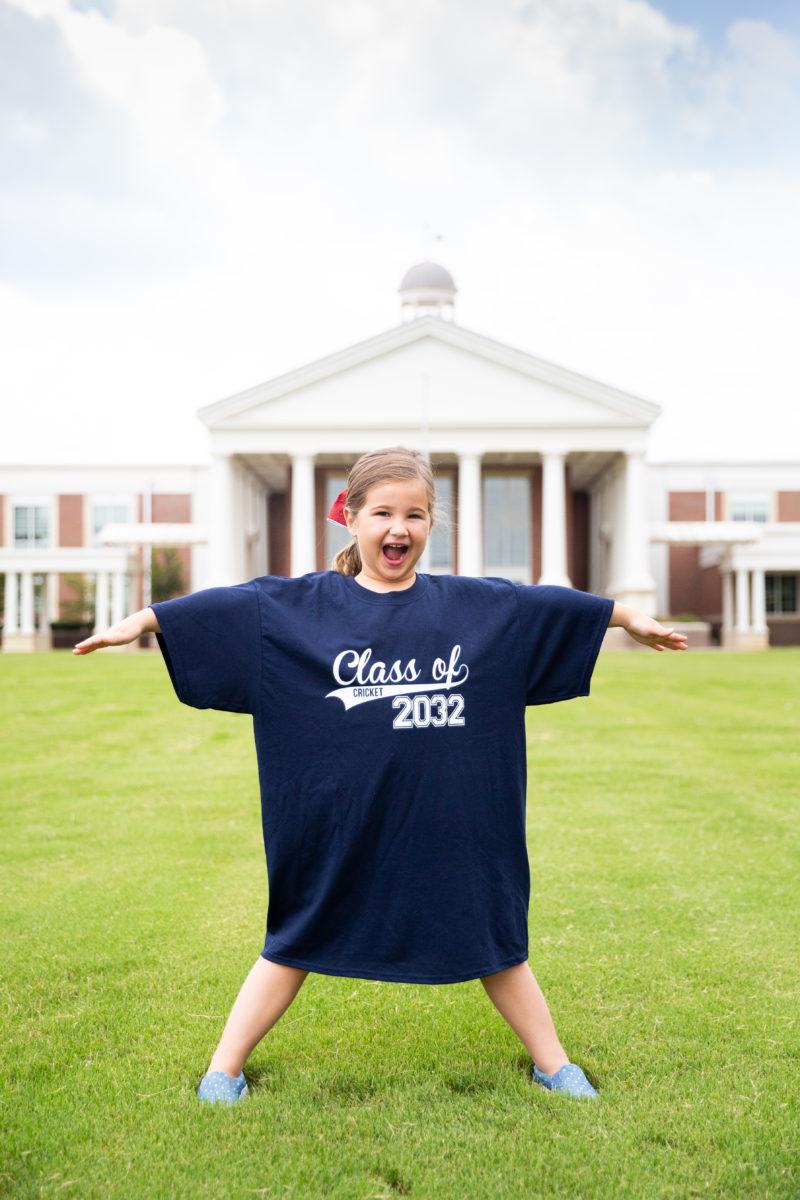 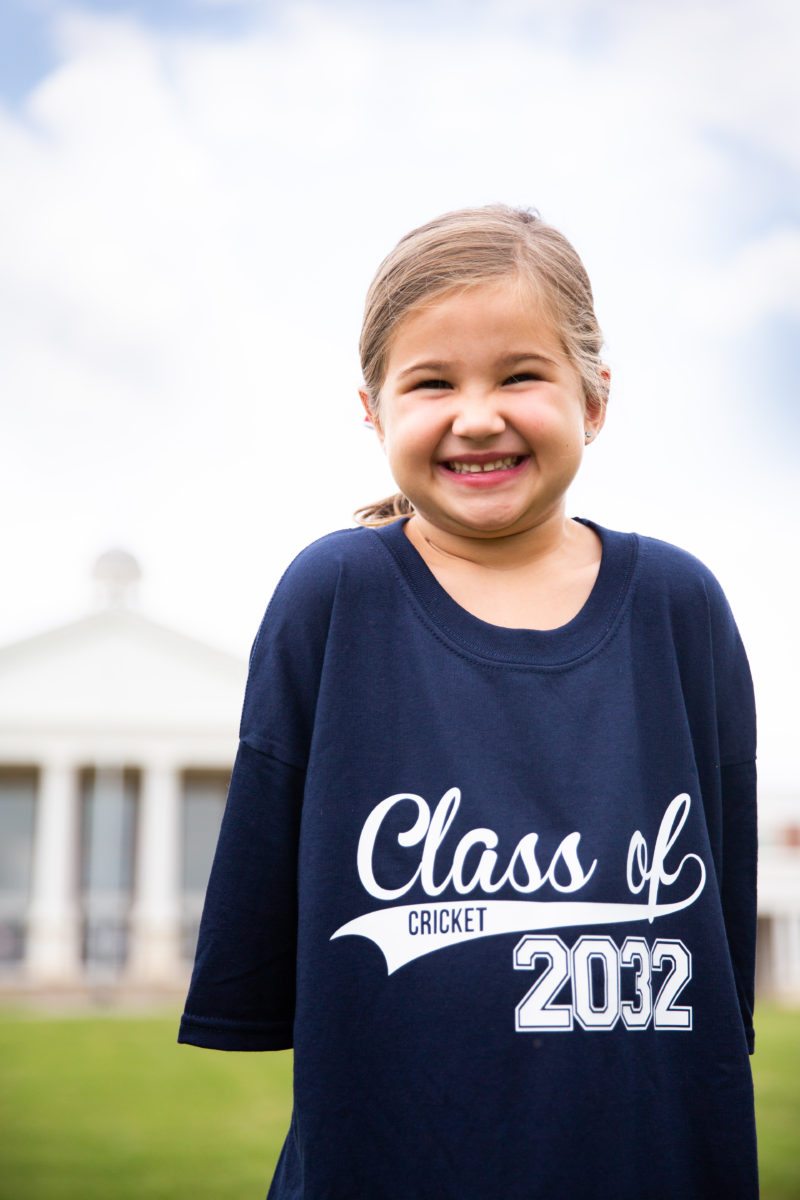 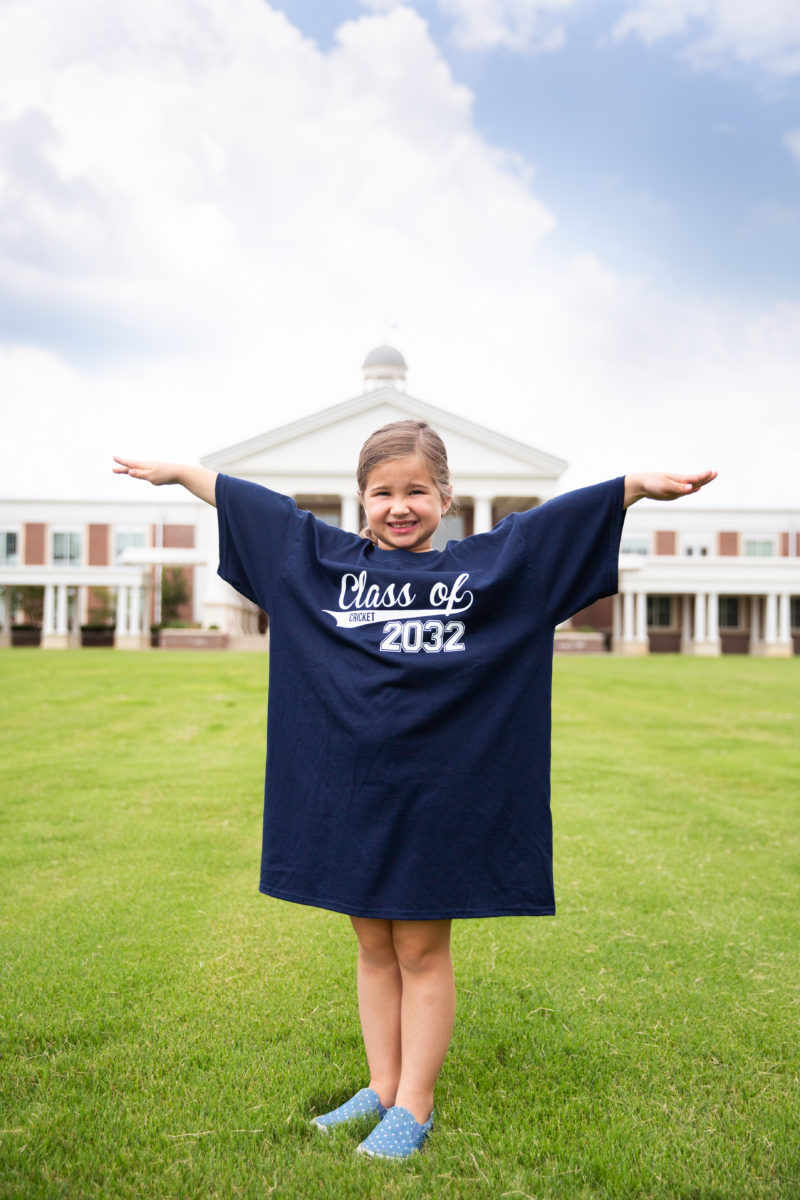 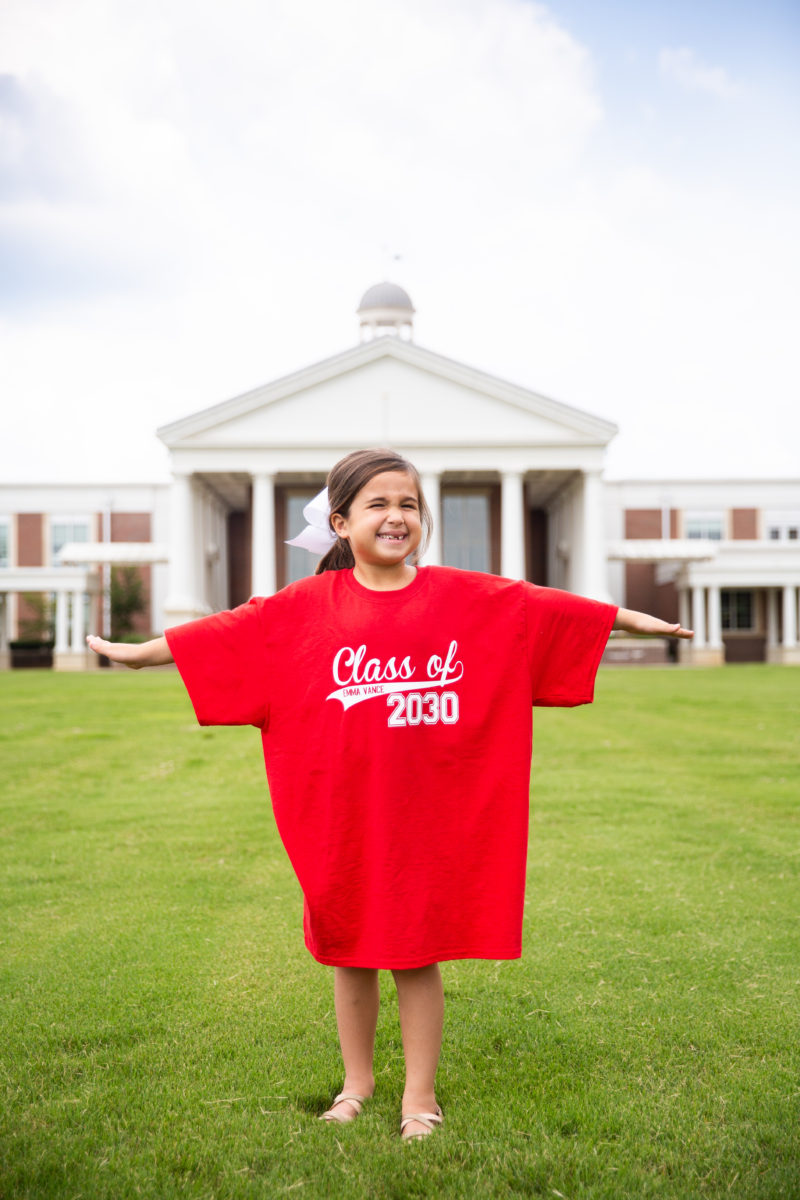 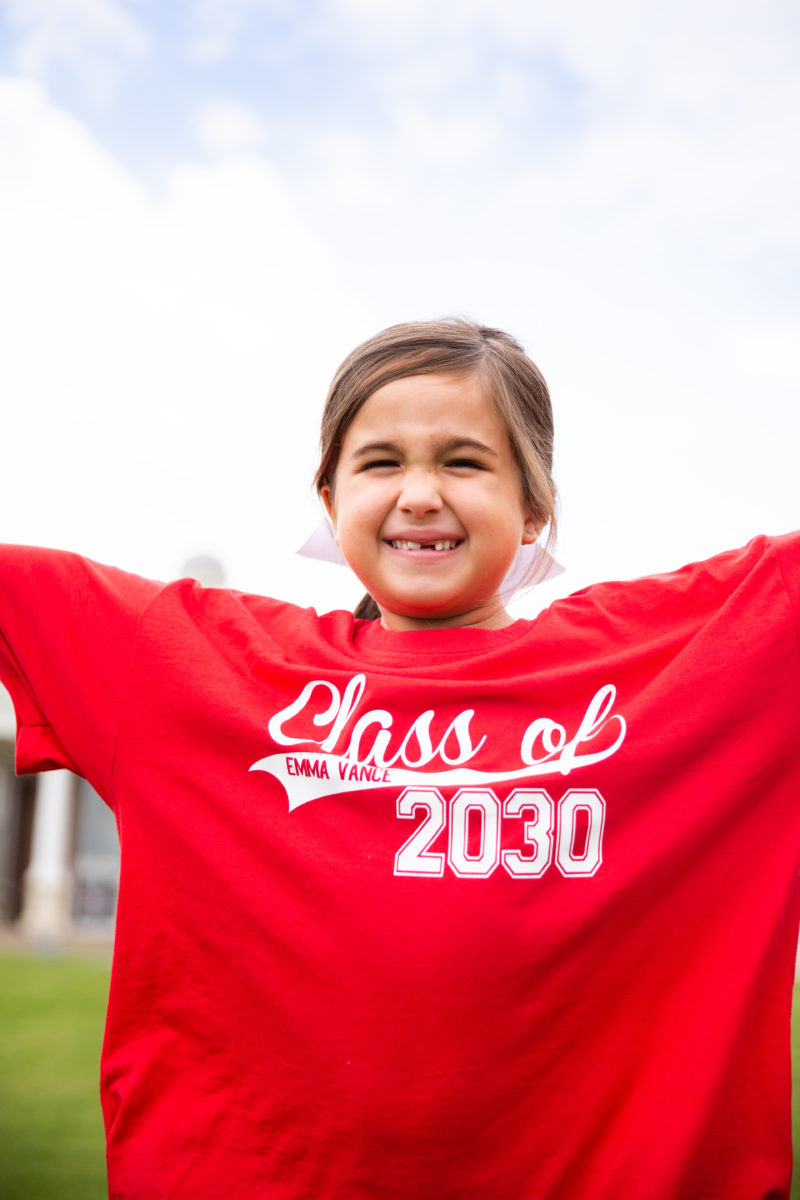 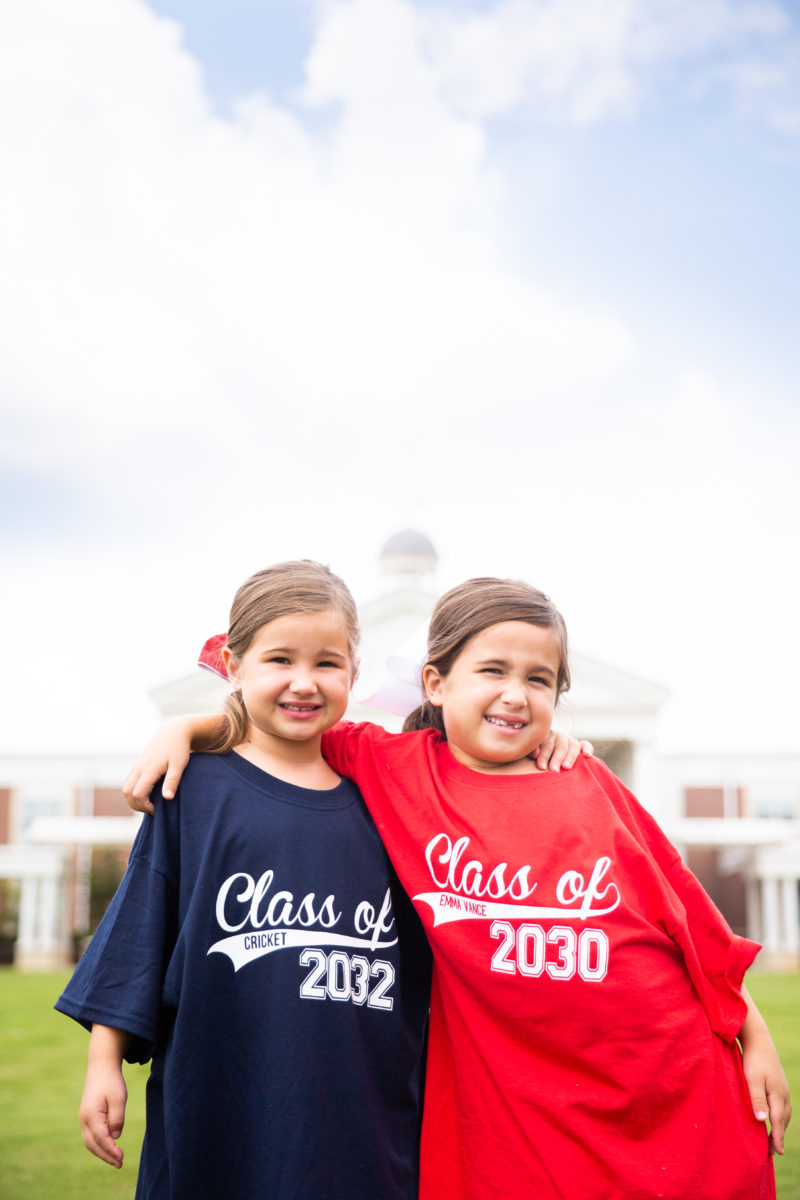 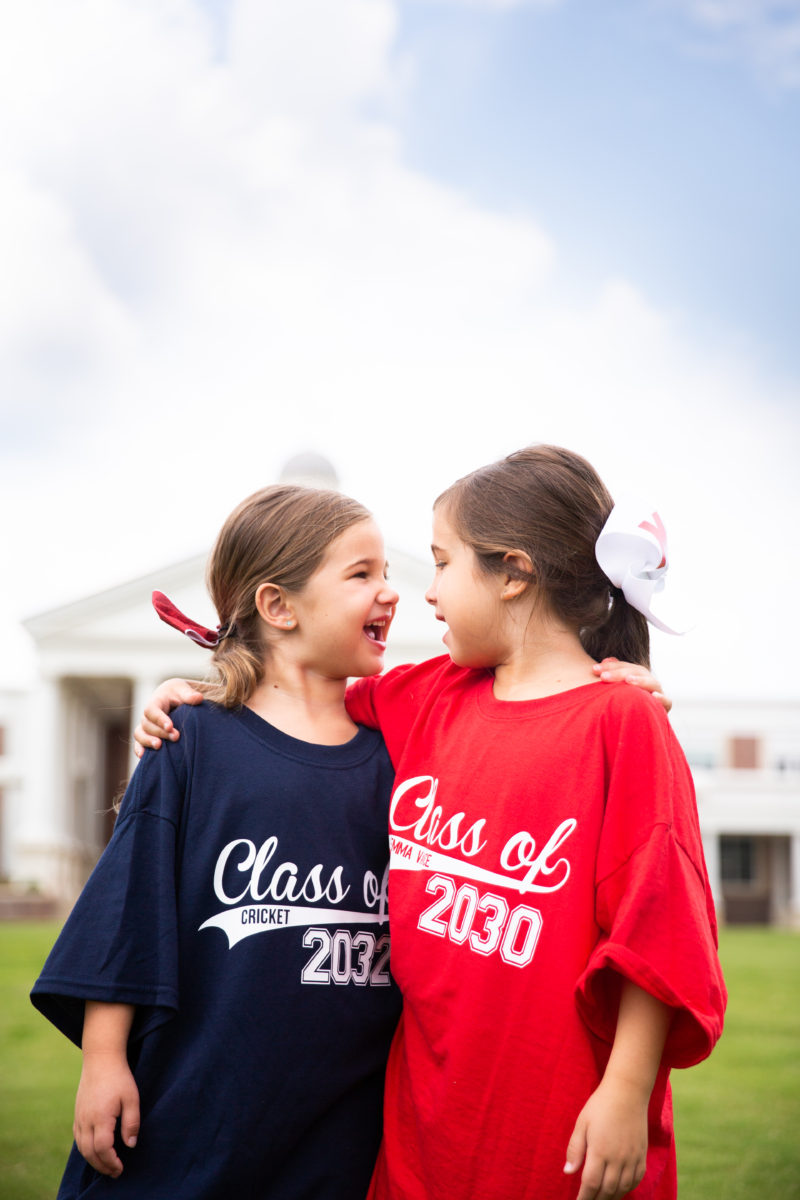 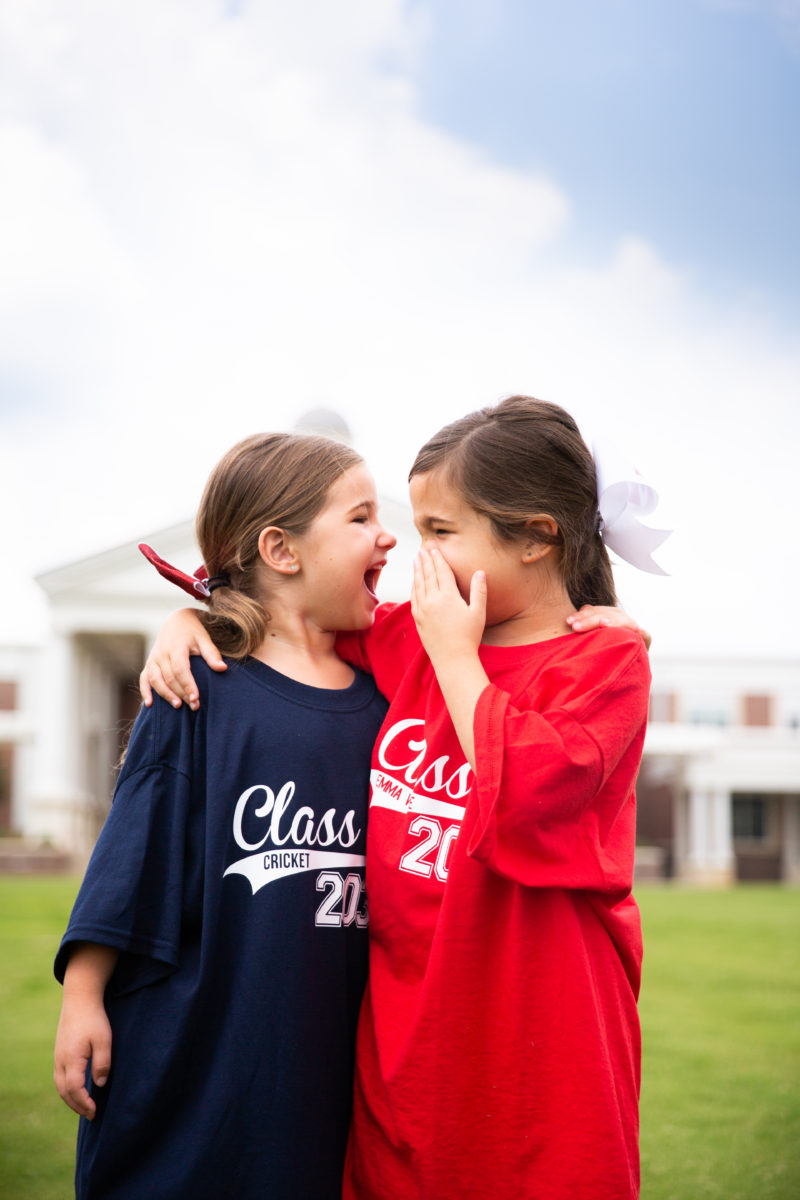 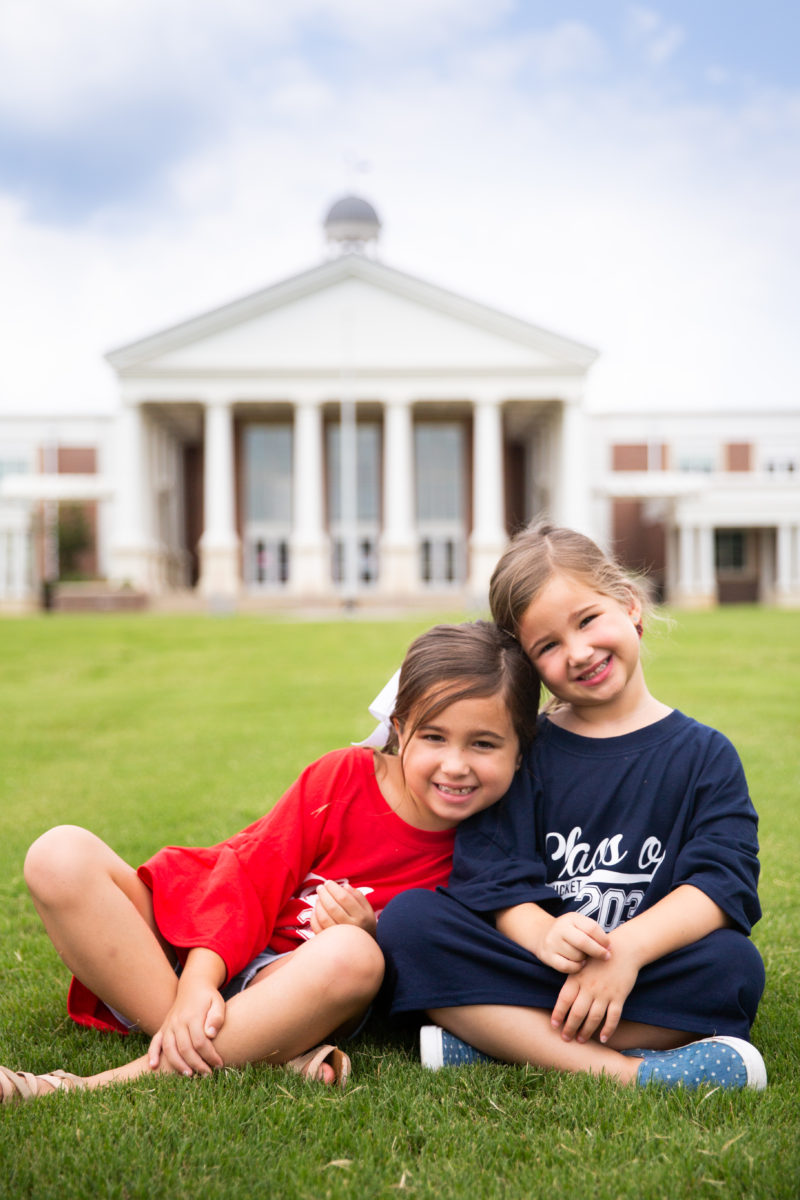 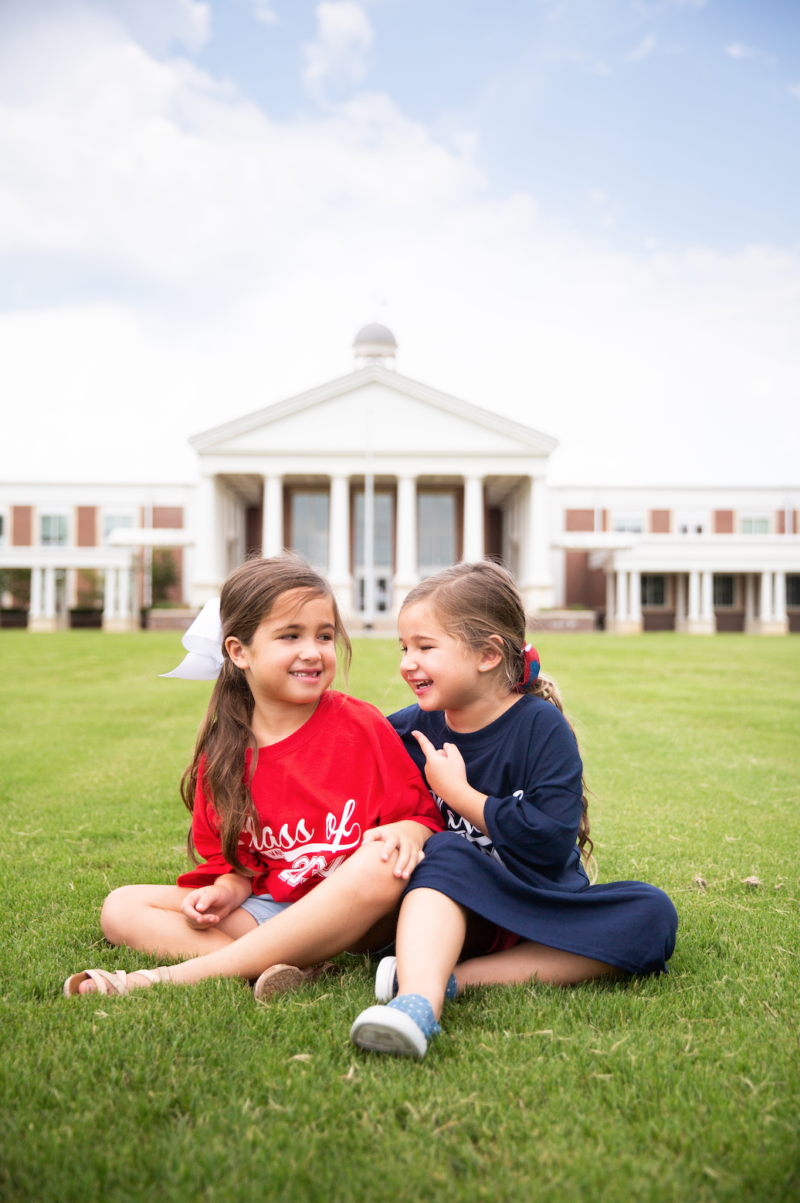 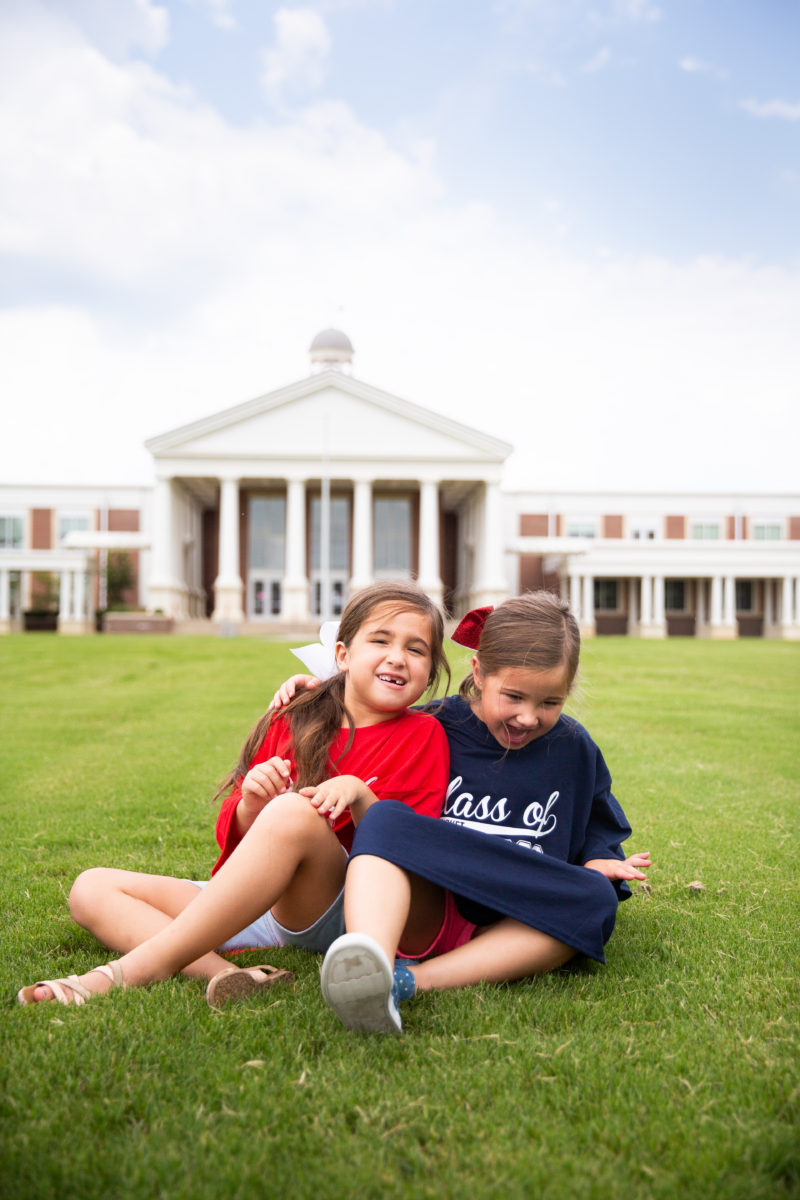 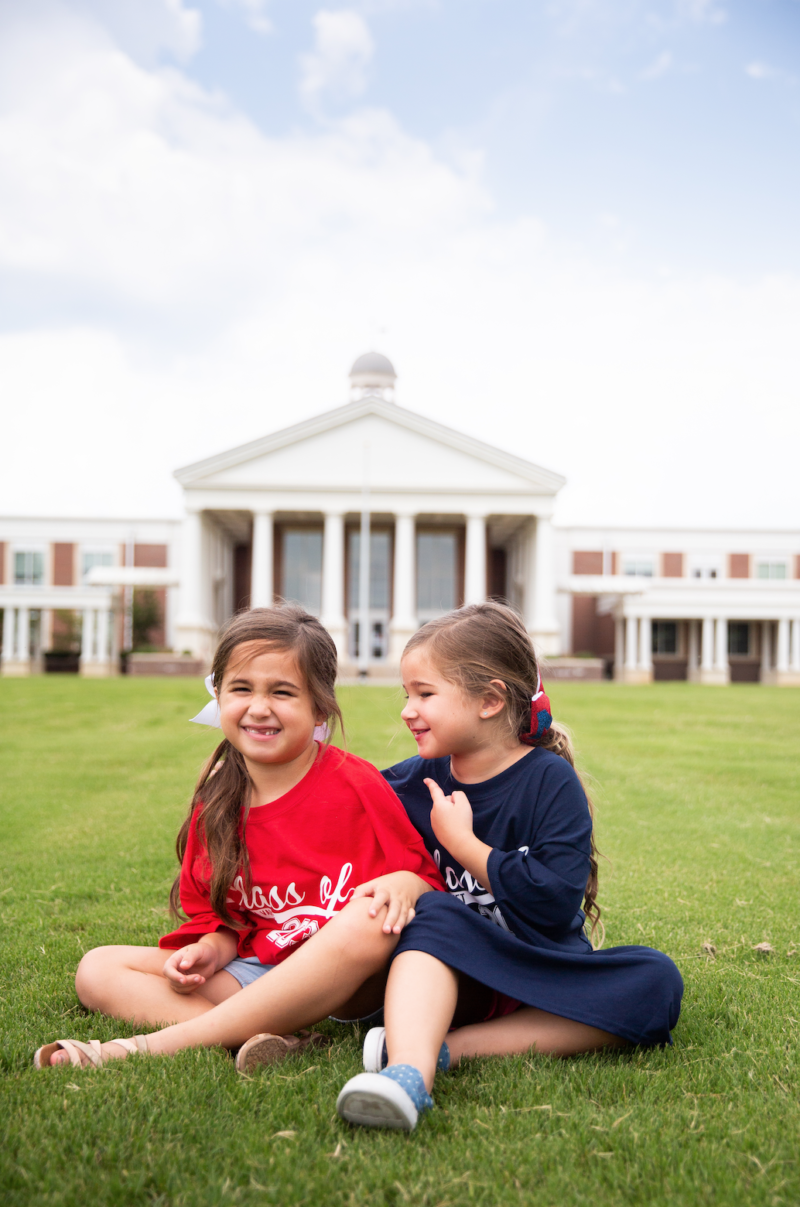 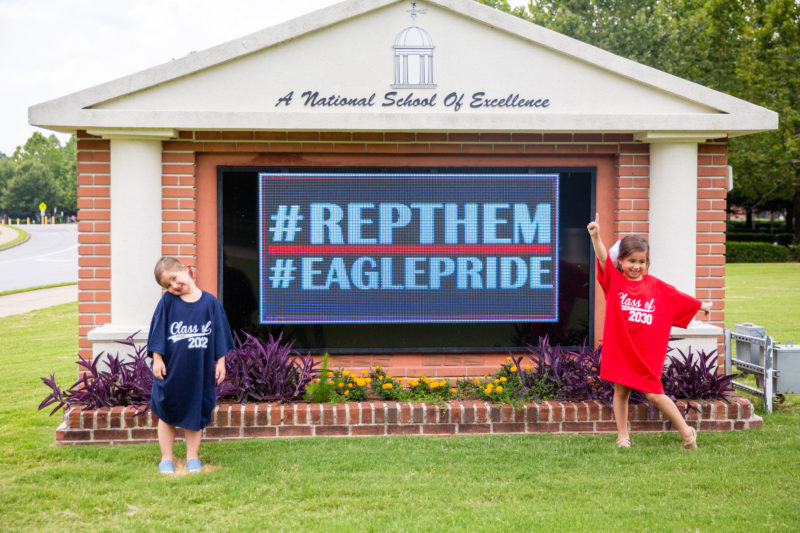 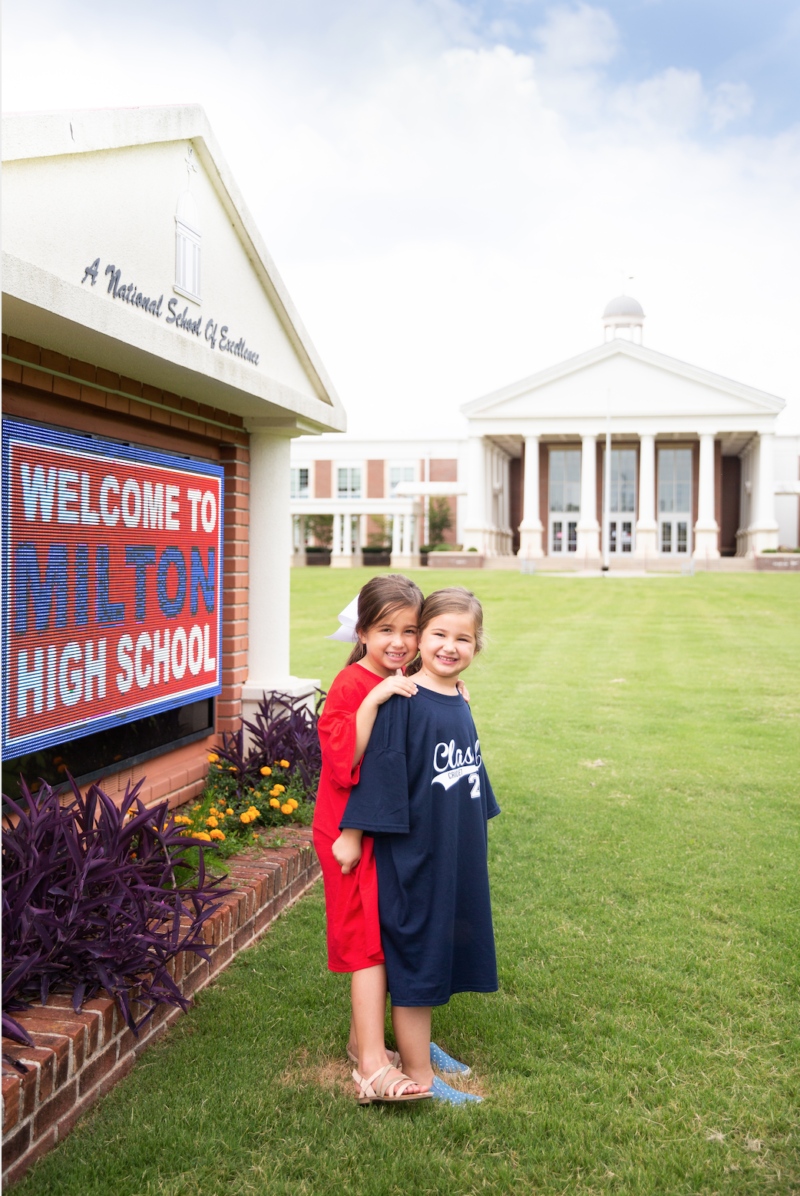 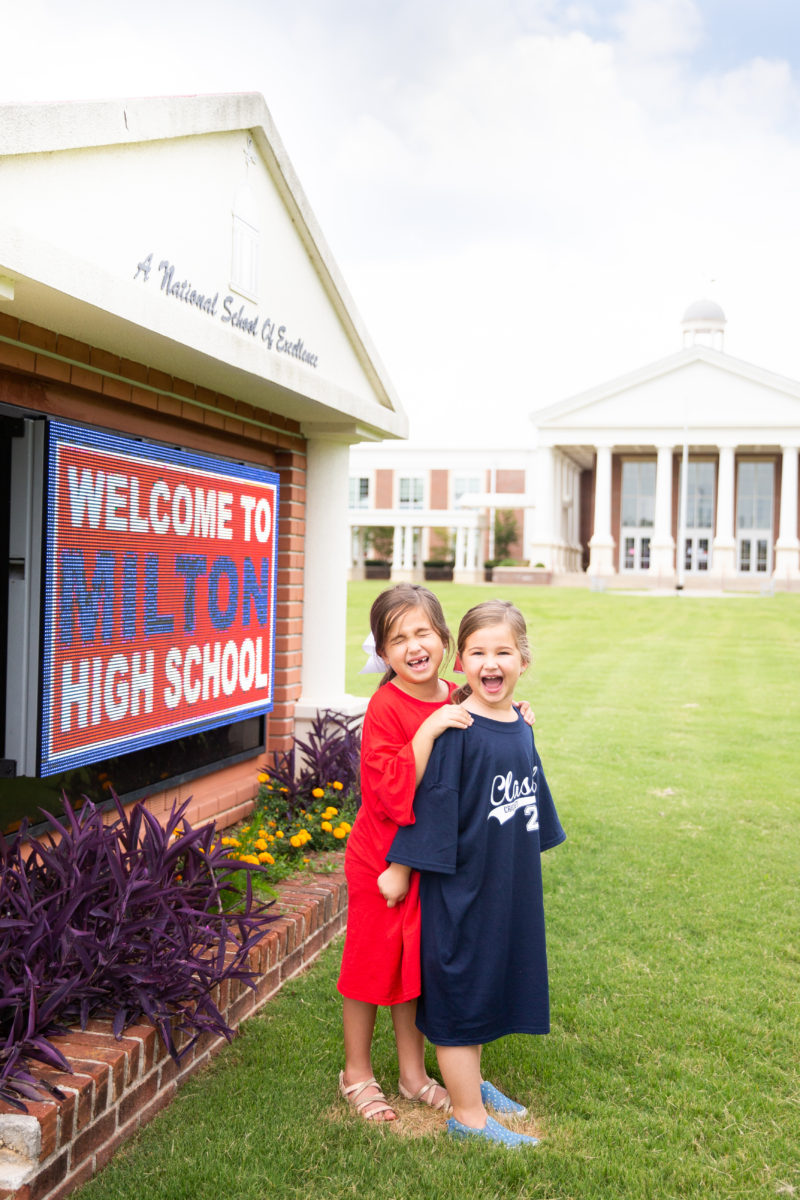 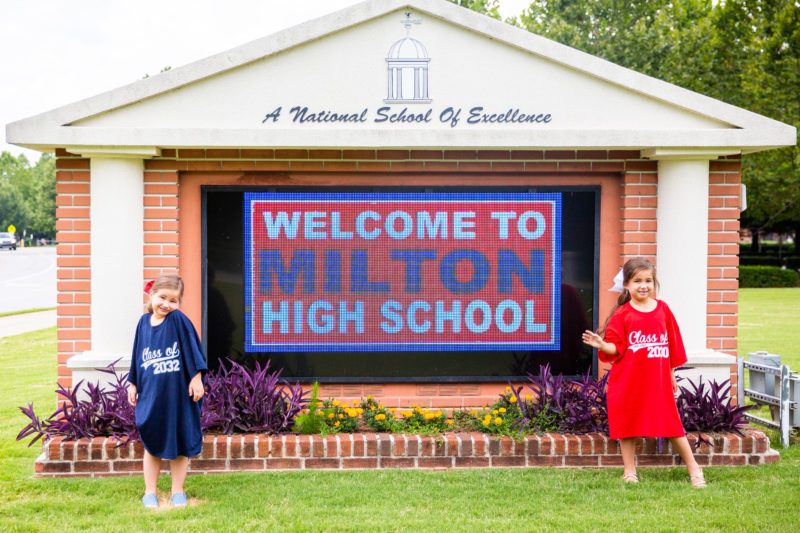