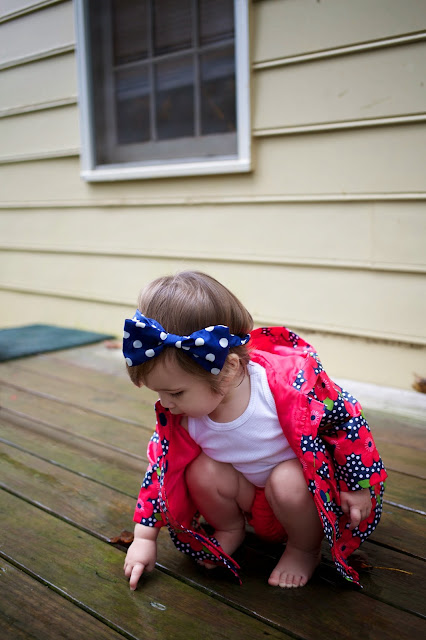 It’s been a rainy week here in Atlanta, and it seems like social media is covered with the woeful cries of mothers stuck indoors with small children. I understand their pain: What do you do with a kid when the park, a walk, the backyard and the pool are off limits? And, even worse, if you’re like my own mother, you avoid getting outside in the rain at all, meaning even driving somewhere fun isn’t an option. I’ve never felt that way though, and, in fact, I’ve always secretly loved the rain. (Perhaps I was made for Seattle life?) Don’t get me wrong; I love blue skies just as much as I love gray ones, but rain has always been a source of joy for me and not an obstacle. It’s a change of pace, brings a sense of renewal and makes for wonderfully sleepy afternoons, so who am I to complain? In quite the opposite sense, I rather enjoy a good storm, whether I’m cozied up on my couch or sprinting into Target to avoid getting soaked.

Thus, this morning, as it poured on top of Amityville, E.V. and I set to go about our plans as usual despite the warning of clickity-clacking raindrops on the roof. In fact, we were up and at ’em at the crack of dawn (her choice, not mine), and out of the house and into the storm by 8 a.m.  As Emma Vance batted at the big, pink umbrella over her head while we ran errands around town, I was surprised at the lack of families out and about. Am I the only crazy one? :) Then I realized that not only was it raining, it was also shy of 10 a.m., and thought perhaps the smart parents of the world had just turned on cartoons for a few hours in order to let the rain pass and to laze around until a godly hour struck. Ha! Not us!

A rainy summer has taught me to keep Emma Vance occupied in the afternoons, to not let the rain convince me into turning on PBS or Disney. We’ve had so many rainy weeks over the past few months that I’ve learned better; you can only have so many TV-filled afternoons before you need to find rain-proof activities for your toddler, am I right? Our morning was filled with getting wet and accomplishing Mommy Things, so I figured this afternoon should be filled with getting wet and accomplishing Toddler Things. Emma Vance has always seemed to like the rain, watching it fall off the roof of our covered front porch or trickle down the windows, but since we haven’t yet actually played in the rain, I decided it was time for some first-hand fun. We waited until it died down a to a drizzle, put on our rain gear, and headed outside. I was so excited to get messy and thought to myself, “What kid wouldn’t want to splash in puddles?” Mine, apparently! :) She was utterly confused and totally uninterested in traipsing in the muddy backyard, which I didn’t expect. However, she was happy as a clam on the back porch, where the water had gathered in tiny puddles and in fallen leaves. It wasn’t the all-out mud-and-splash-fest I had envisioned, but it was enough to keep my water baby occupied and happy for half an hour. The drizzle was so light that every once in a while she’d look up confused, as if a drop had finally and unexpectedly landed on her face. In response, she’d put out her hand to try and feel the tiny drops (unsuccessfully), and then quickly get back to examining her shallow puddles.

The weather forecast predicts sunnier skies over the next few days, which will make me just as happy as the cloudy ones we’ve had over the past few, but if those rainclouds decide to fool us all and stick around, well, I (we) won’t mind that either! ;) 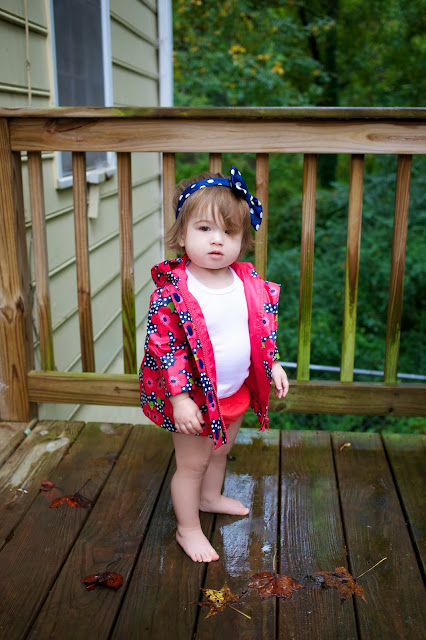 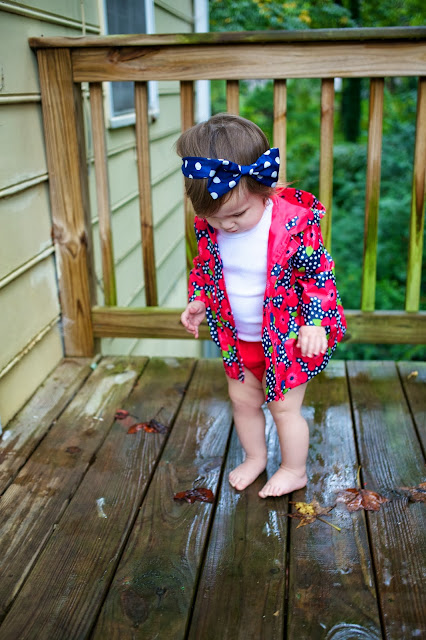 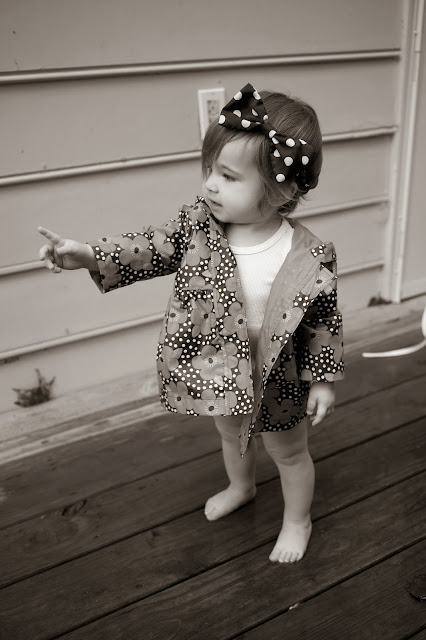 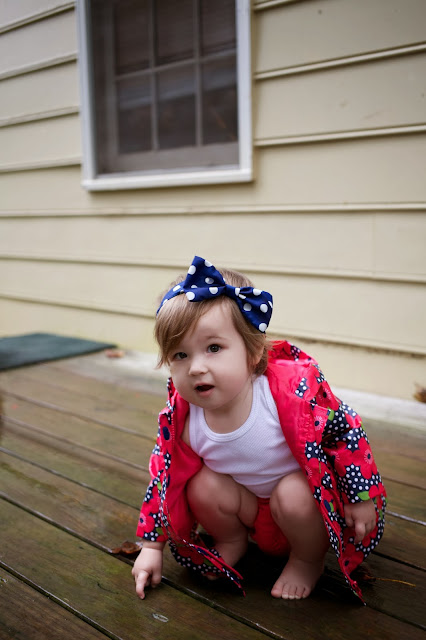 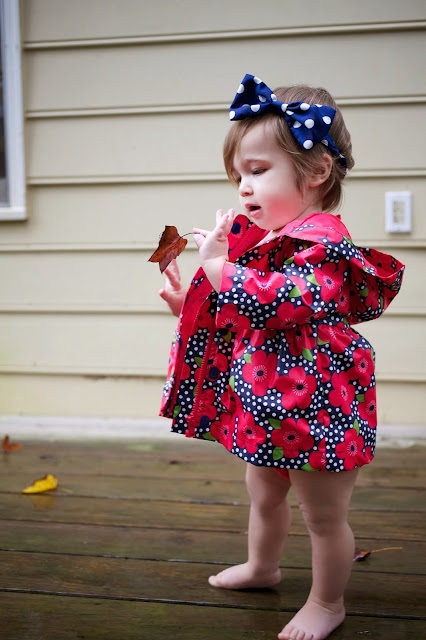 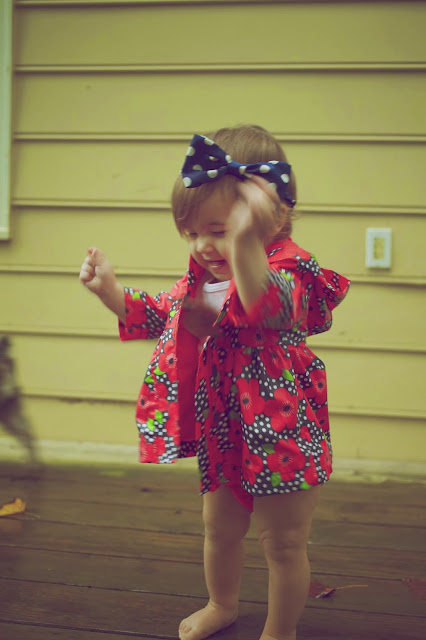