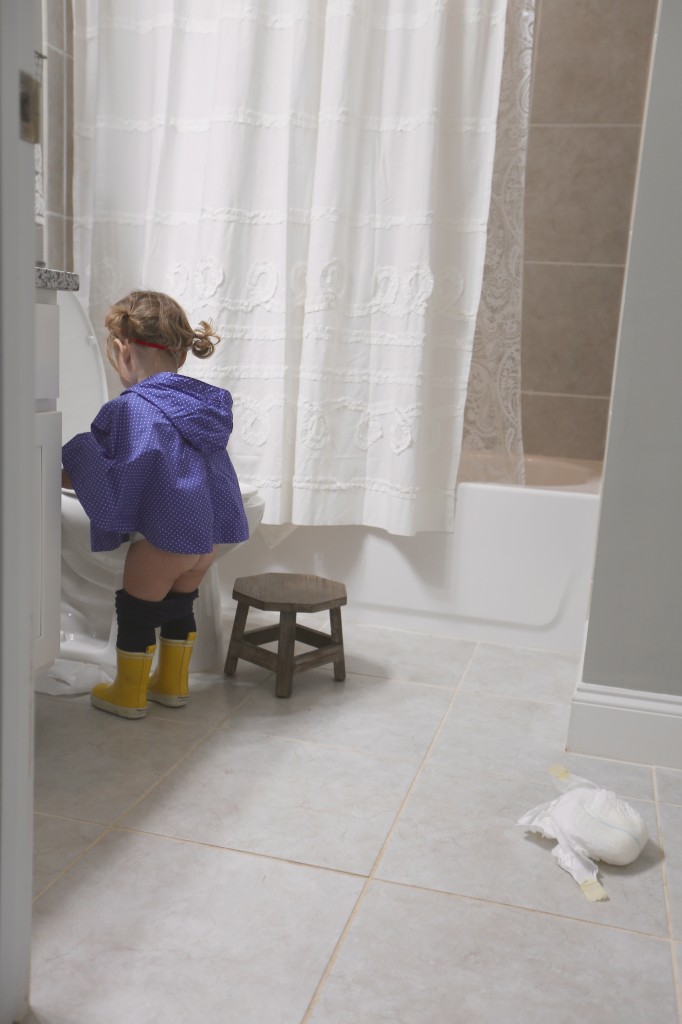 You may remember that with Emma Vance we attempted to potty train her with the Three Day Method just after she turned two — and failed miserably. MISERABLY. After that traumatic experience, we decided to table the idea of potty training for a bit, and then, voila! A few months later she was peer pressured into potty training herself at preschool. I couldn’t believe it! (So. Much Easier.) She also pretty much went straight to no diapers at night as well, once we realized that if she didn’t wear underwear to bed that she wouldn’t wet herself. HALLELUJAH!

So now here we are with a little sister in tow, and I haven’t even given a thought to potty training (obviously). We’re still several months away from her second birthday, but even then I figured that we’d just wait until preschool next fall to worry about it. HOWEVER, just as E.V. was peer pressured into potty training, it seems that Cricket is being influenced, too…by her big sister.

Cricket’s always been fascinated with the potty process (probably because it’s been a big thing for E.V. to experience), but recently she’s been talking about it a lot and spending a lot of time staring at the toilet. The other morning she wandered into the bathroom while I was showering, having taken off her pajamas and diaper all by herself. I laughed and hopped out to help my little naked child, but she just kept repeating, “E.V. potty water. E.V. potty water.” I was perplexed, but then she went to the toilet closet door and started trying to open it –so I helped her. She ran to the toilet and started trying to climb up onto it. Curious, I asked her if she needed to pee pee, and she said yes, so I hoisted her up and held her tiny hiney in place –and she peed…in the toilet..in the big girl toilet. What?!?

She was so proud of herself that she exclaimed, “I did it!” as I wiped her. I was amazed as her naked little self ran off to watch her morning shows, but went about my morning routine as usual. I made the mistake of ignoring her a few minutes later when she started chanting “Cricket potty water,” because she started to pee on the floor next to me. I grabbed her as fast as I could and stuck her on the toilet again, and again, she peed proudly. I figured it was a fluke…but it wasn’t.

The next day I was telling this story to my doctor as Cricket wandered around me, and halfway through telling it, she yelled, “Potty! Potty!” and ran to the bathroom door. This time she was fully clothed with a diaper, but I ran after her, knowing better now, and put her on the potty, where she prompted pooped. (For all you childless people out there, pooping on the potty is way harder to master than pee pee, so this was a big deal.) I returned to the doctor, and we both laughed. Maybe she’s ready already!

Now here we are a few days later and it’s rainy and cold outside. Ryan spent last week in Oregon, and I think he brought back some of that Pacific Northwest weather with him. I, of course, secretly love rainy weather, and so do my girls. They LOVE wearing rain boots and splashing around in puddles, so while E.V. was in school this morning, Cricket and I played in the rain a bit. Of course, I think that all that wet weather got her subconscious going, and without fail, she pottied again like a big girl. I mean, I know that at 19 months there’s no logical way she can be fully potty trained as easily as E.V. was, but so far I’m liking this whole child-led potty training thing. While we’re stuck inside trying to stay warm and dry from this bout of PNW weather, I’m happy to knock out the first steps to being a diaper-free household. So, let the rain pour outside, and we’ll be keeping (diapers) dry inside! 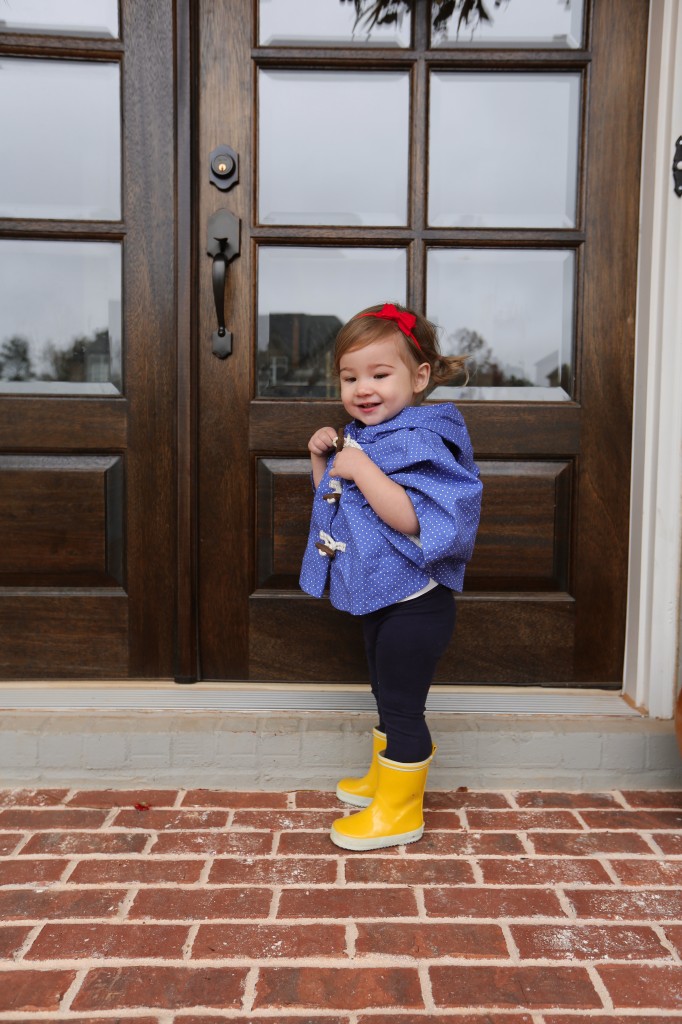 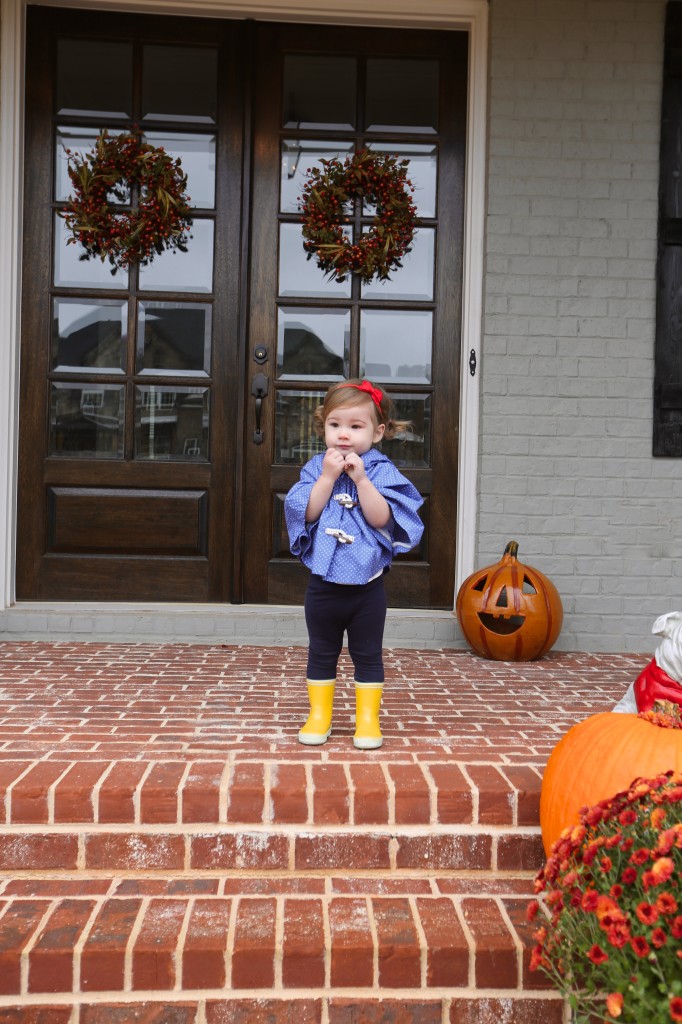 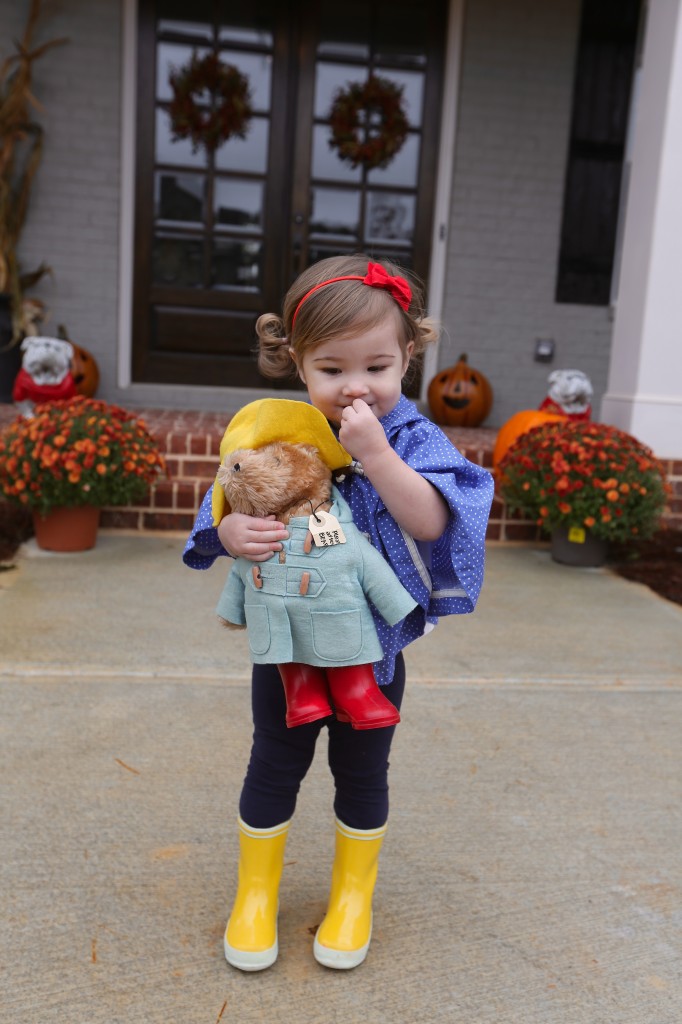 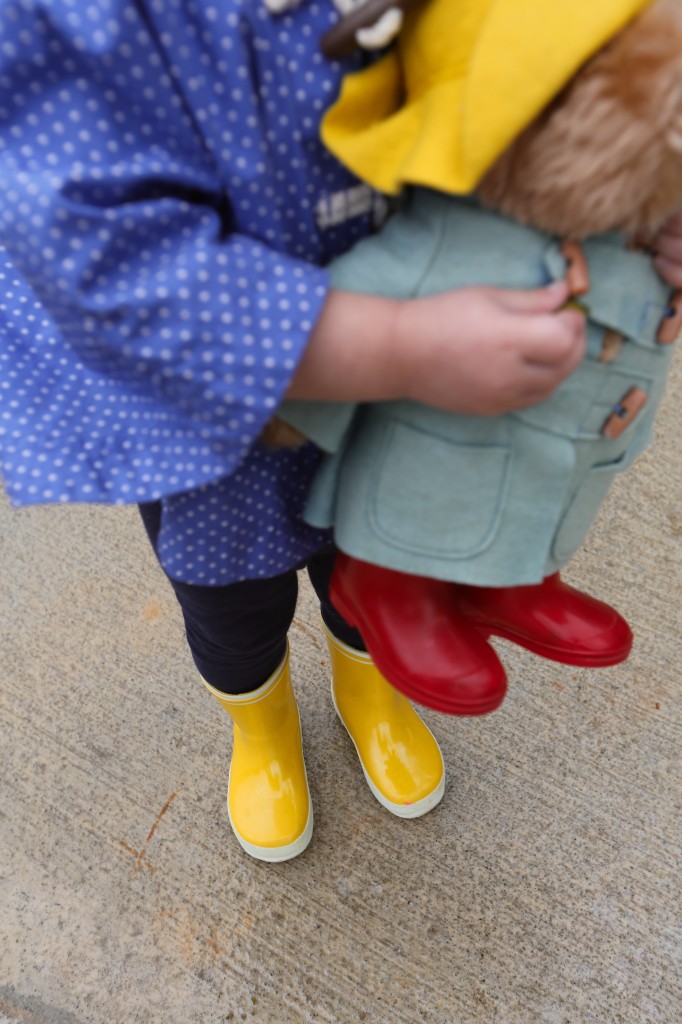 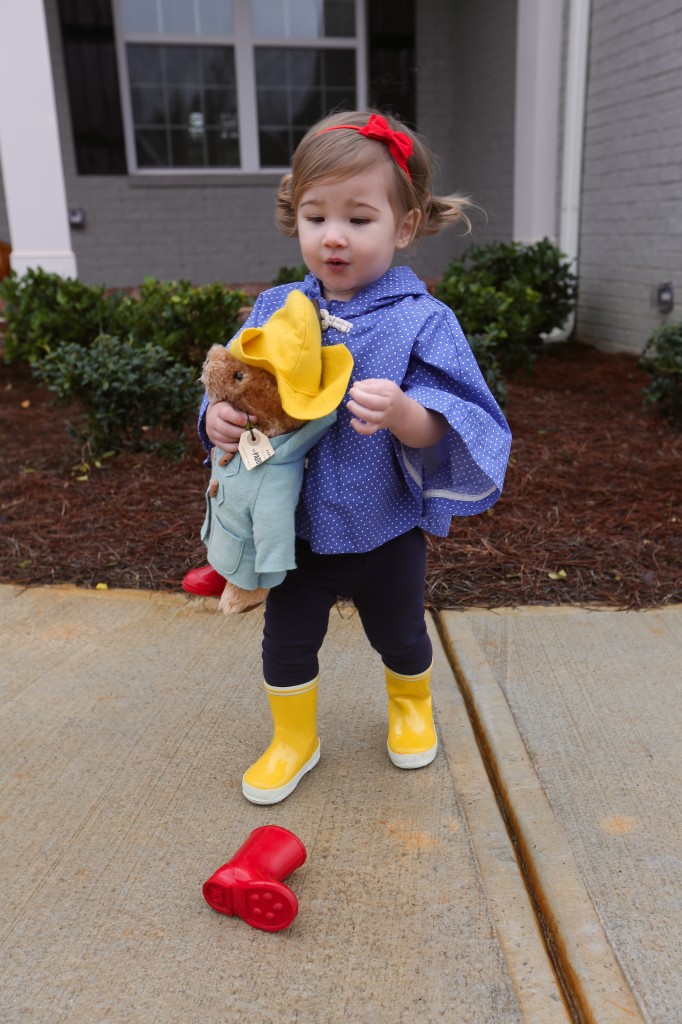 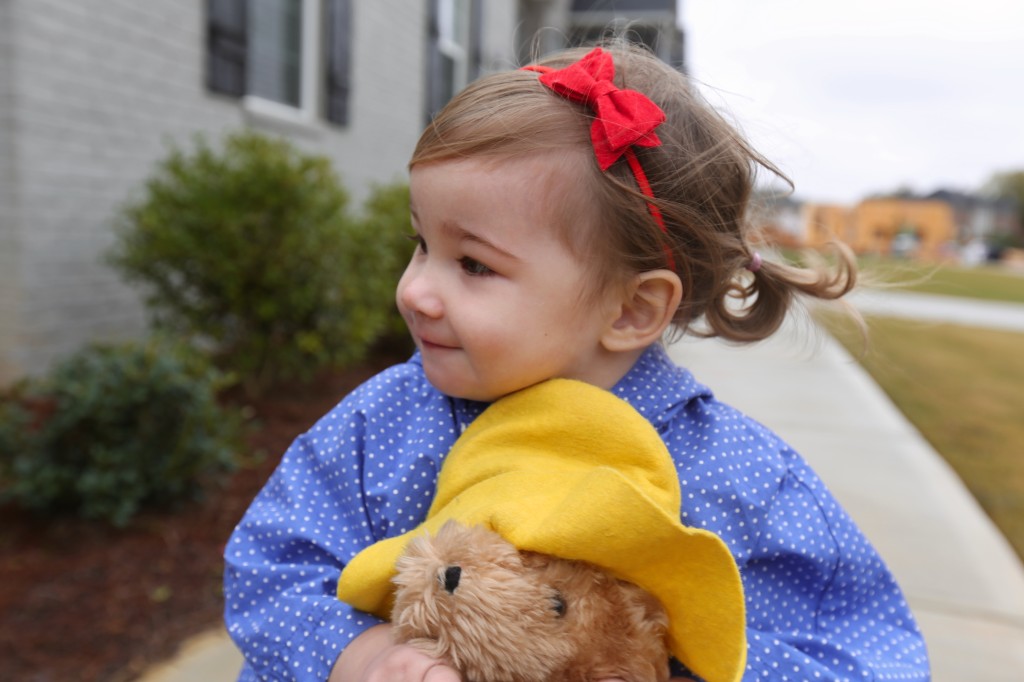 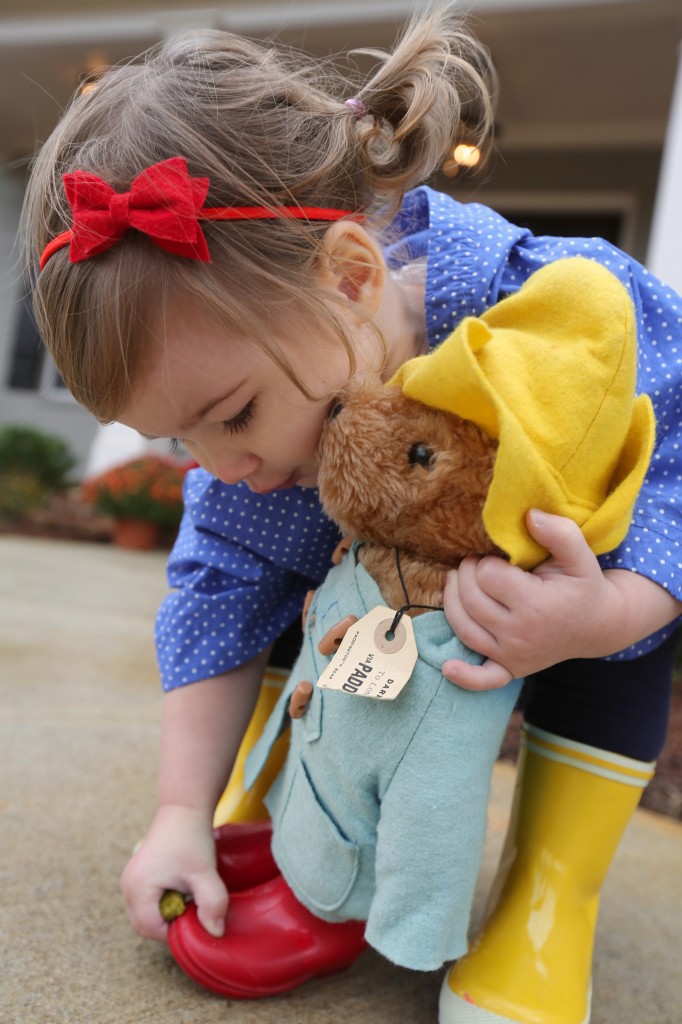 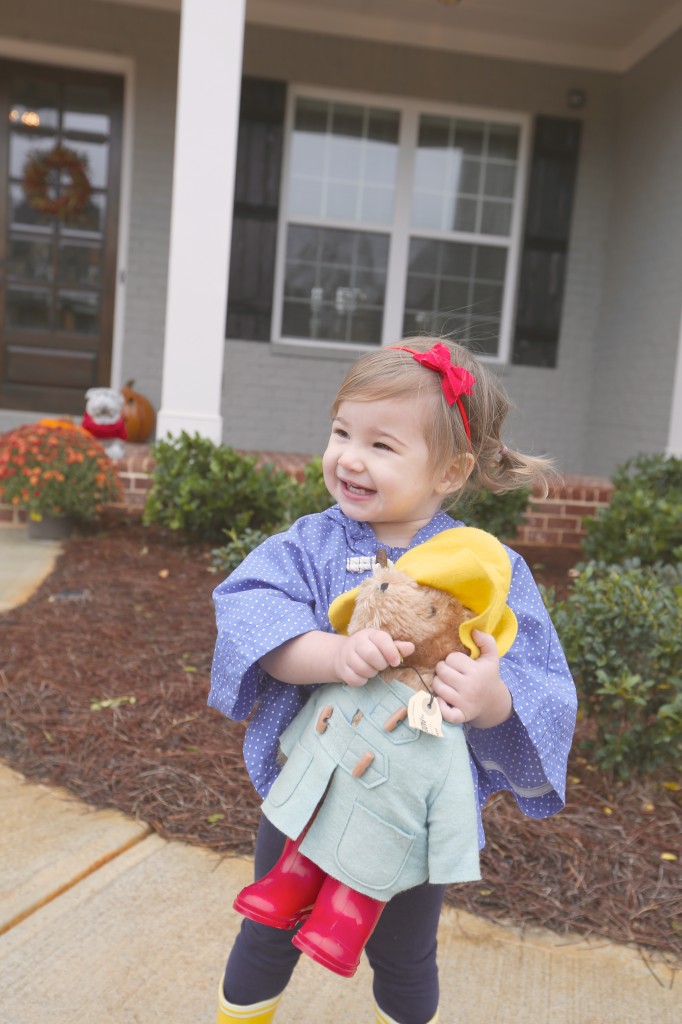 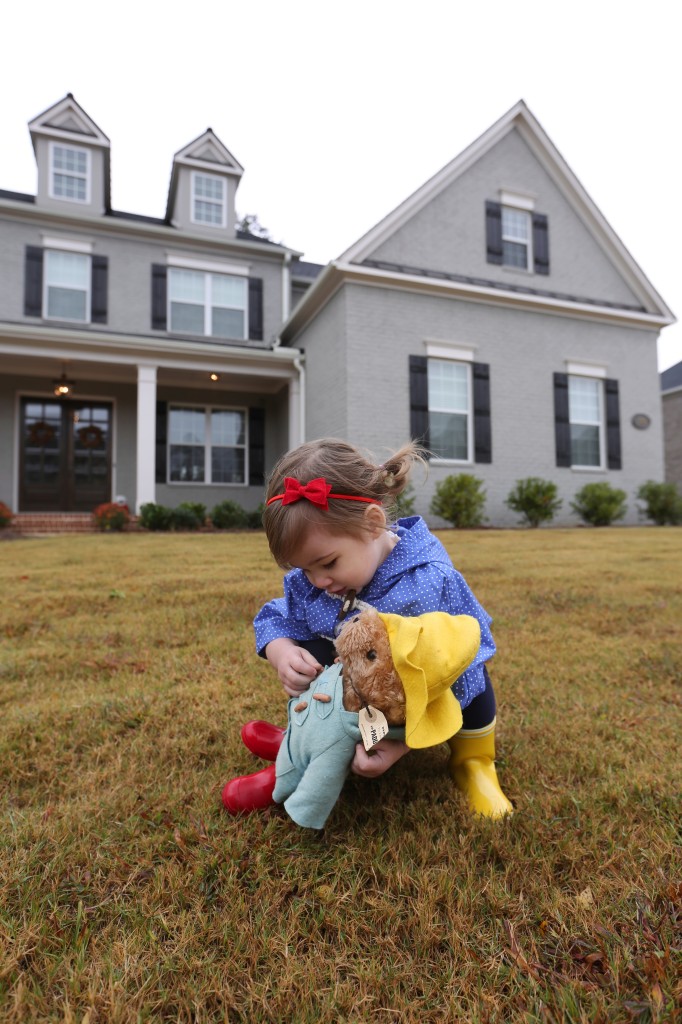 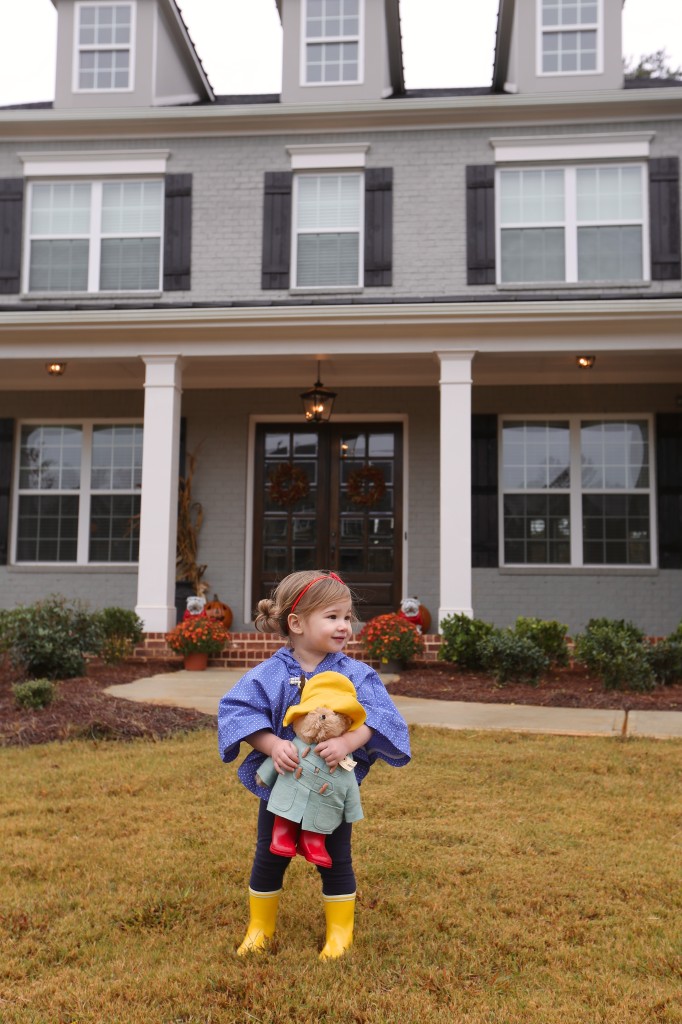 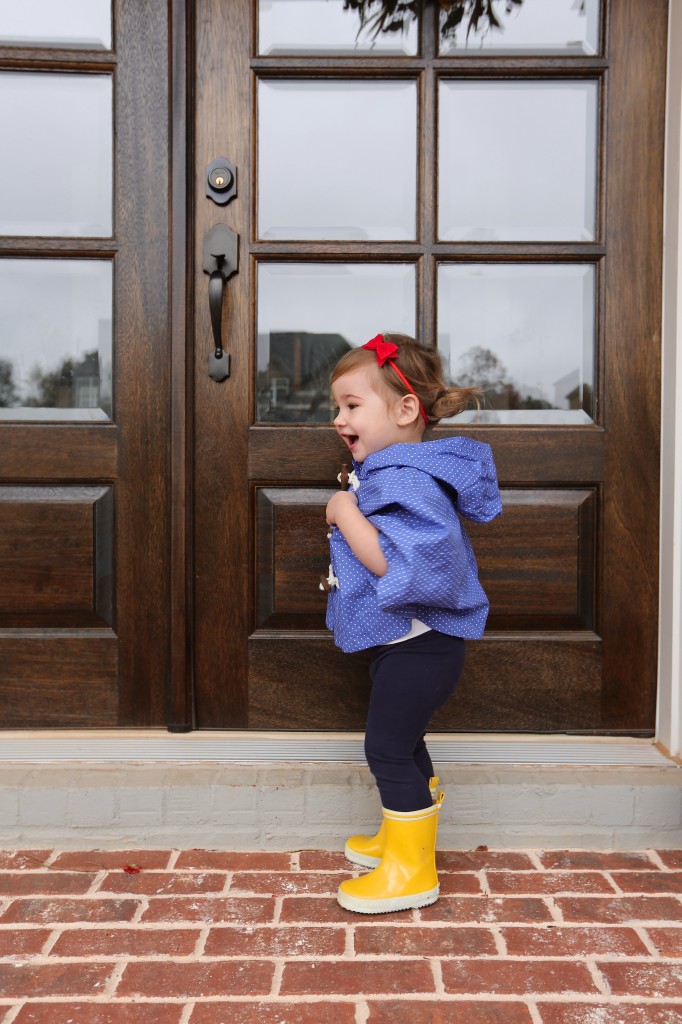 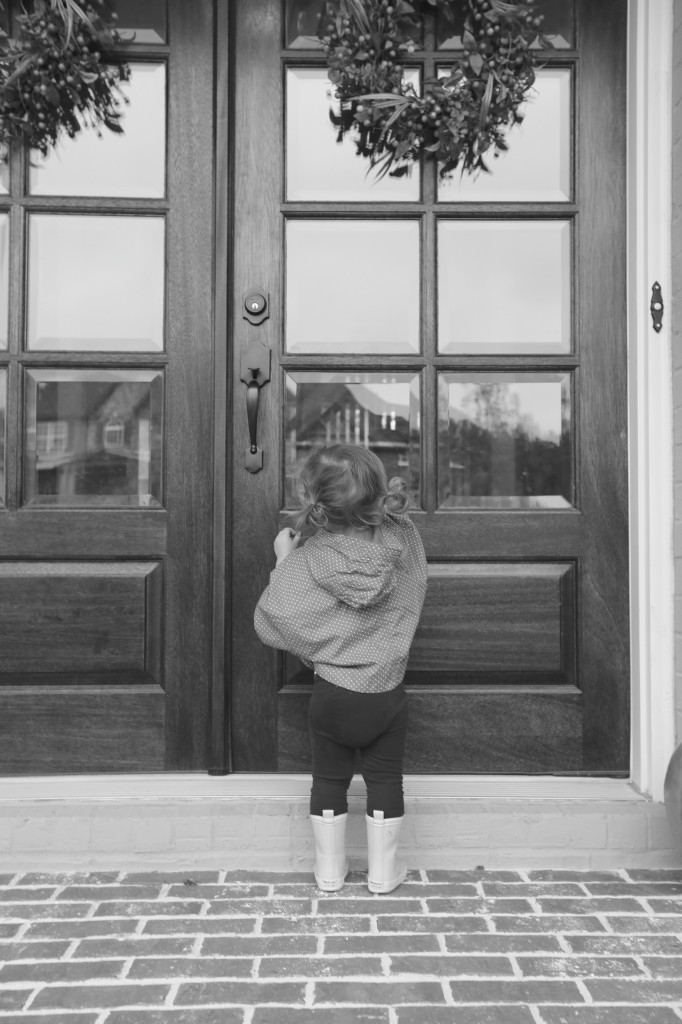