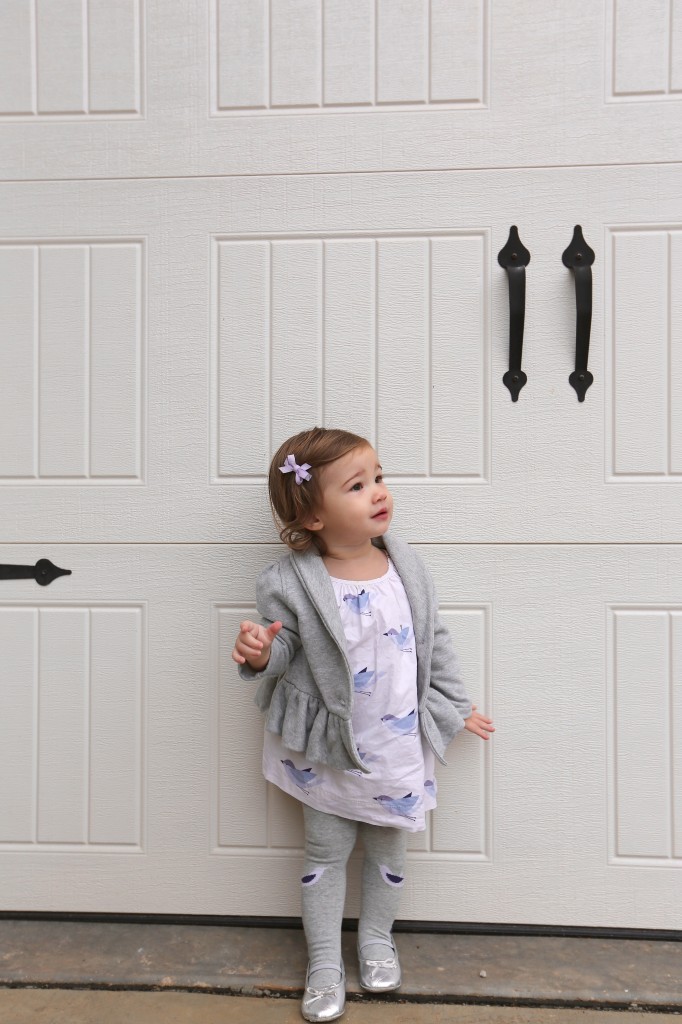 Emma Vance and Cricket keep my on my toes these days for sure. They each have their own way of making me laugh and pull my hair out at the same time, but this most recent development of Cricket’s has me more laughing than anything else…

I’ve mentioned previously that Cricket has a suuuuper intense obsession with Elmo right now, so it should come as no surprise that yesterday, as we drove home from Burt’s Pumpkin Farm, Cricket started babbling about that little red monster. Emma Vance was asleep, and Ryan and I were listening to Talk Radio in the front seats. Behind the booming voice of a particularly popular politico, I swore I could hear Cricket repeating a certain phrase over and over, but doubted what I was hearing was right. After a few minutes, we turned down the radio to see if what we thought we heard Cricket saying was true. And both Ryan and I agreed — and were shocked.

I didn’t have my phone on me to catch her babbling yesterday, but today I did — and FORTUNATELY today I was also able to figure out the mystery of what Cricket was actually to saying versus what she was trying to say. You see, as my littlest child and I drove around to run some errands while E.V. was in school, Cricket watched “Elmo’s World” segments on my phone to keep her quiet and occupied. And as she watched, she sang along: “La la la la, Elmo’s World! La la la la, Elmo’s World!” I about died of relief and of laughter when I realized that’s what she had been trying to say this whole time because it certainly didn’t sound like “Elmo’s World” to us. Maybe you should hear for your own sake, to make your own judgements…but before you do, put this image of my sweet, innocent little baby in your mind, okay? 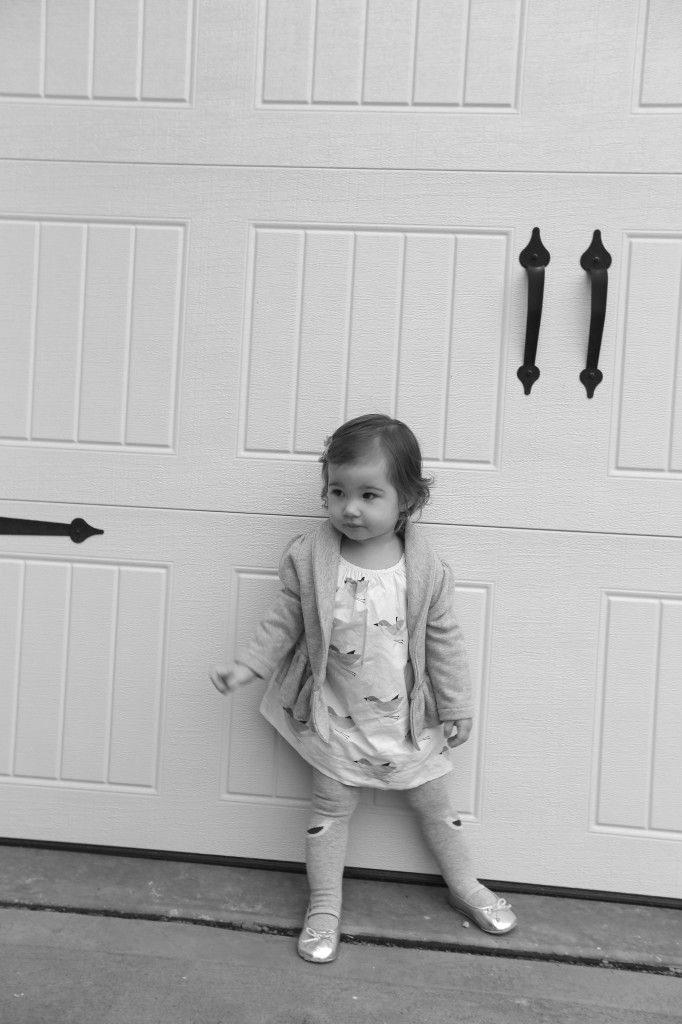 Soooo…thoughts? I mean, clearly “world” and “b*tch” don’t exactly sound similar AT ALL, but at least the mystery’s solved, right?!? It’s funny because there are just a couple of words that Cricket does this whole word-switch thing with already, the most notable of which is “Minnie” and “monkey.” Of course, since I’m around Kit 24/7, I logically understand that she sees Minnie as being like Mickey, and when she says “Mickey” it sounds like “monkey,” which is why that particular word-switch makes sense to me. But “world” and “b*tch” I’m not so sure about. ;) All I can say is that clearly we’ll have to work on that one, haha!

P.S. Here are some of my crazies chasing each other and then making pumpkin cookies. Just because I want to remember Cricket for being sweet and silly, not for her sailor’s mouth. ;) 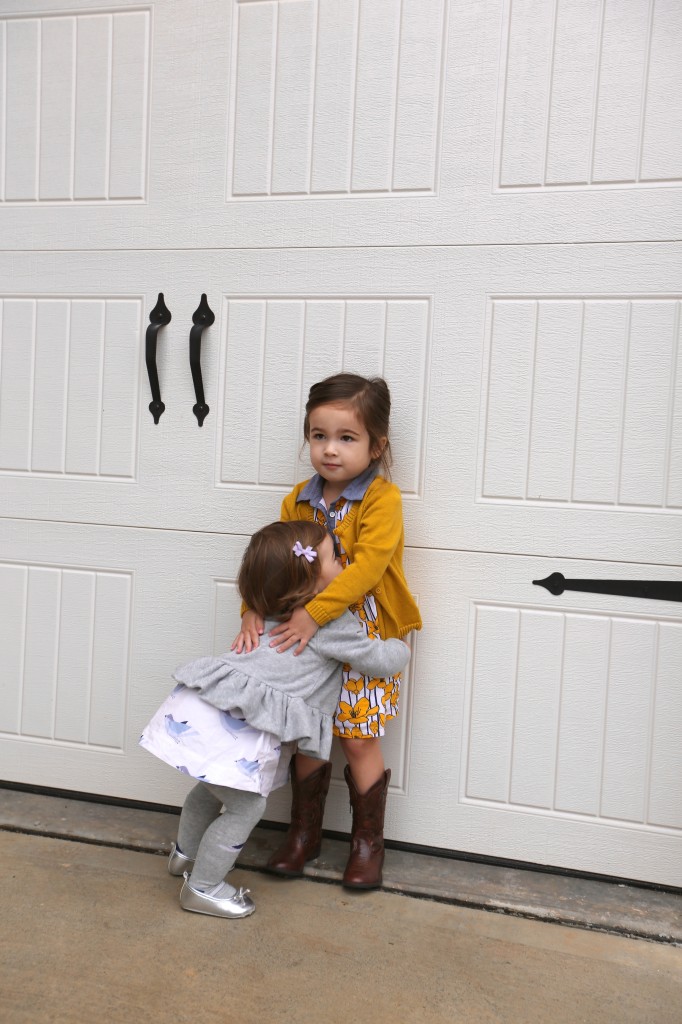 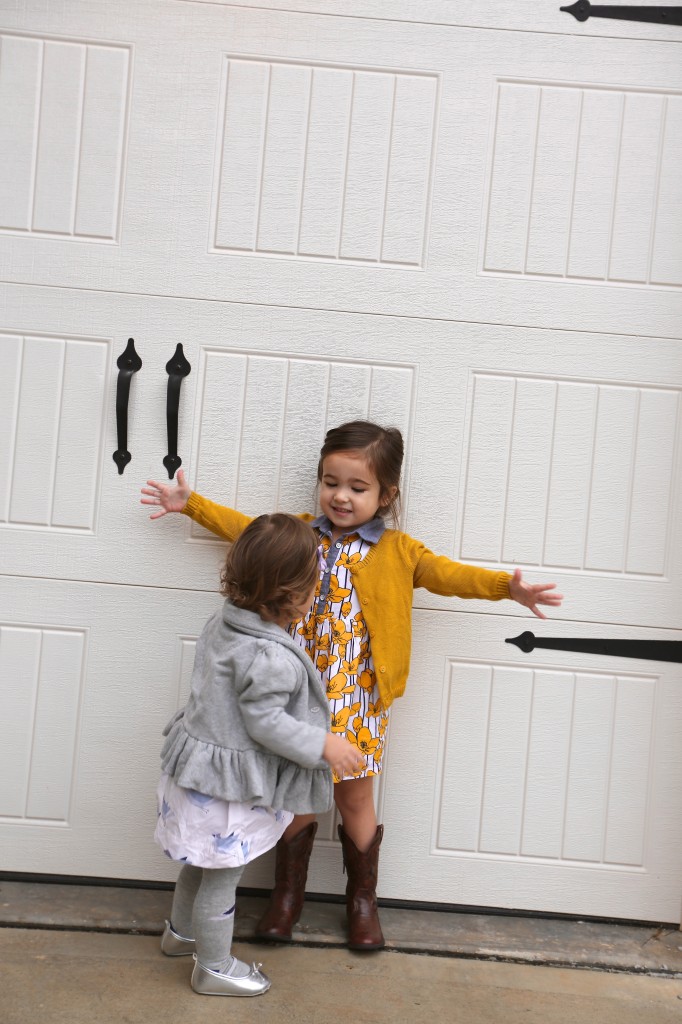 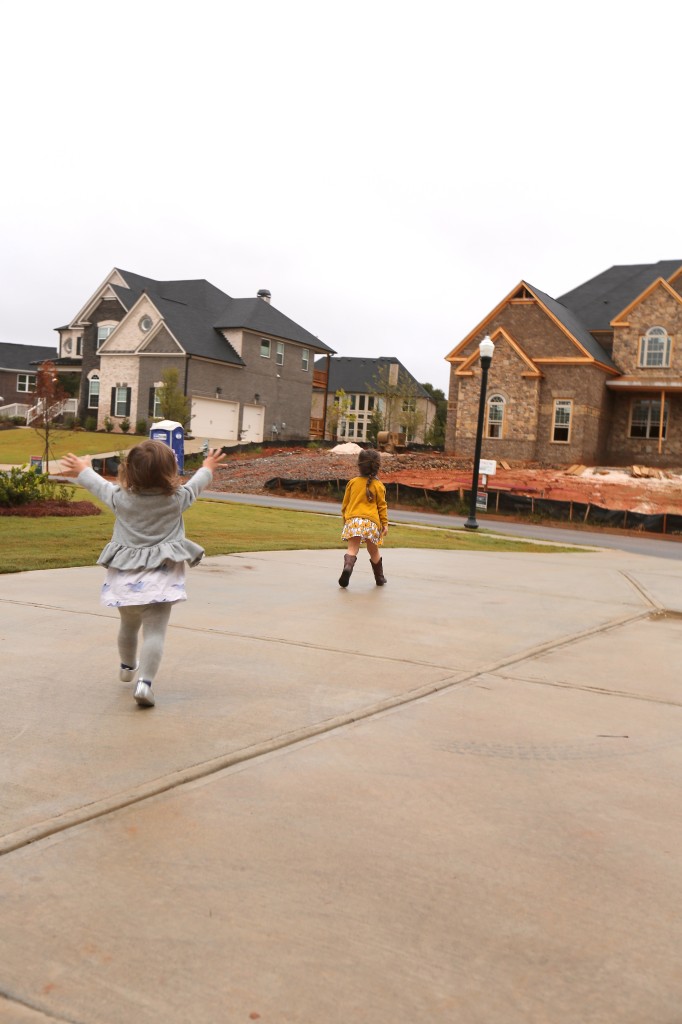 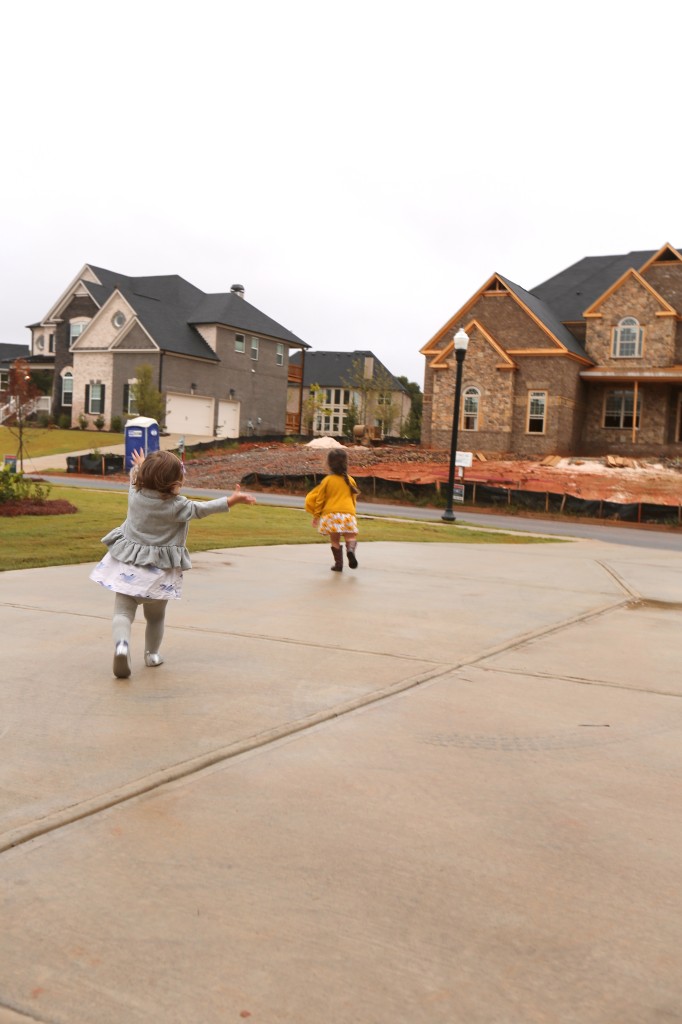 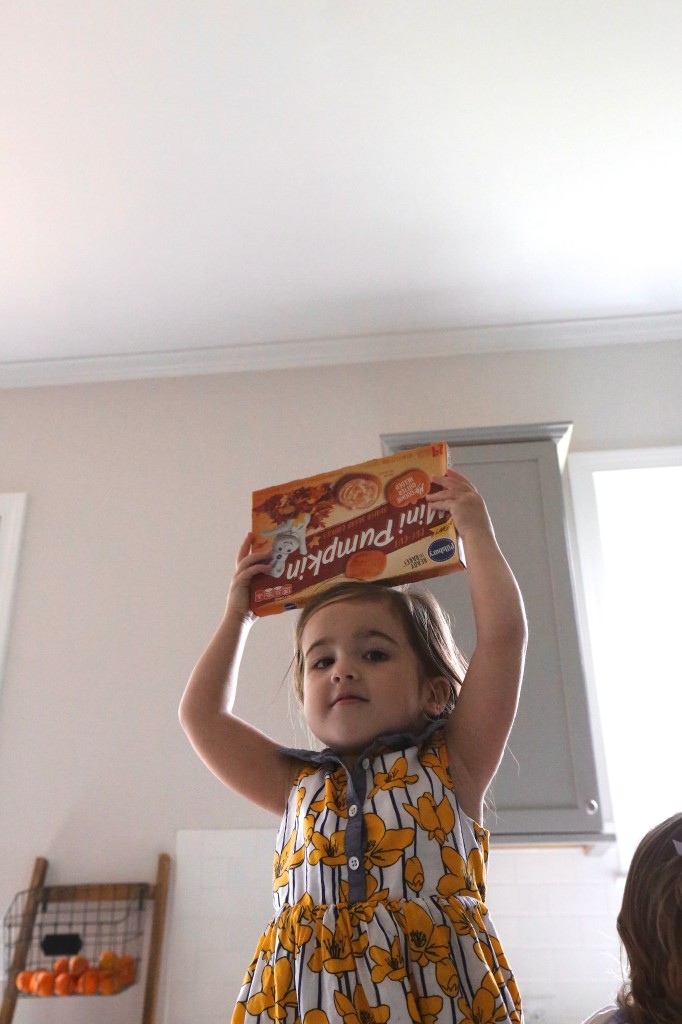 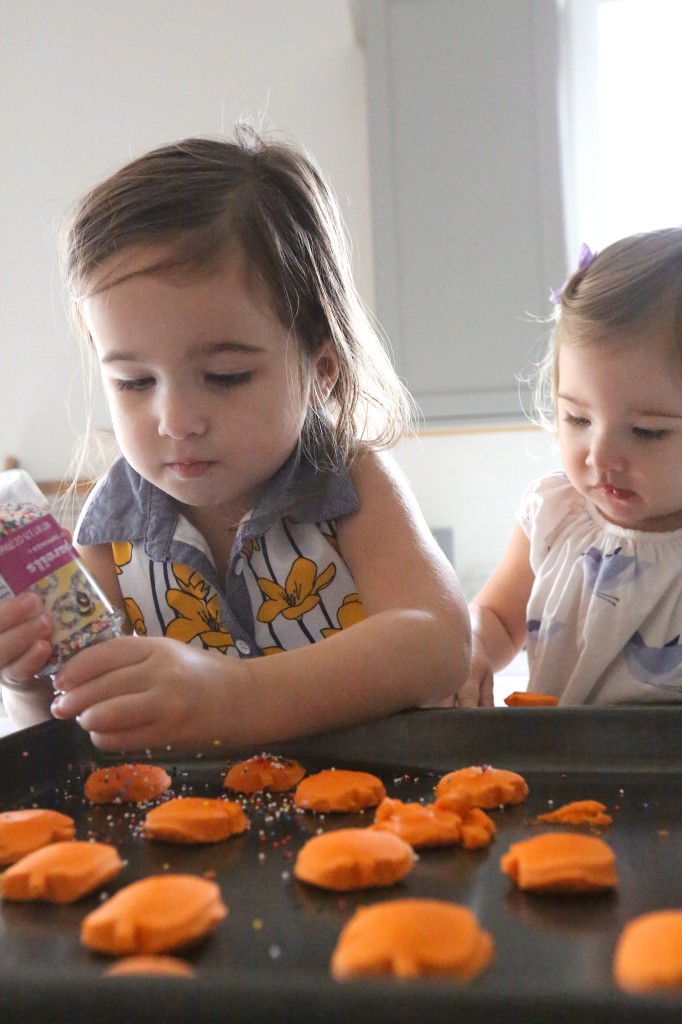 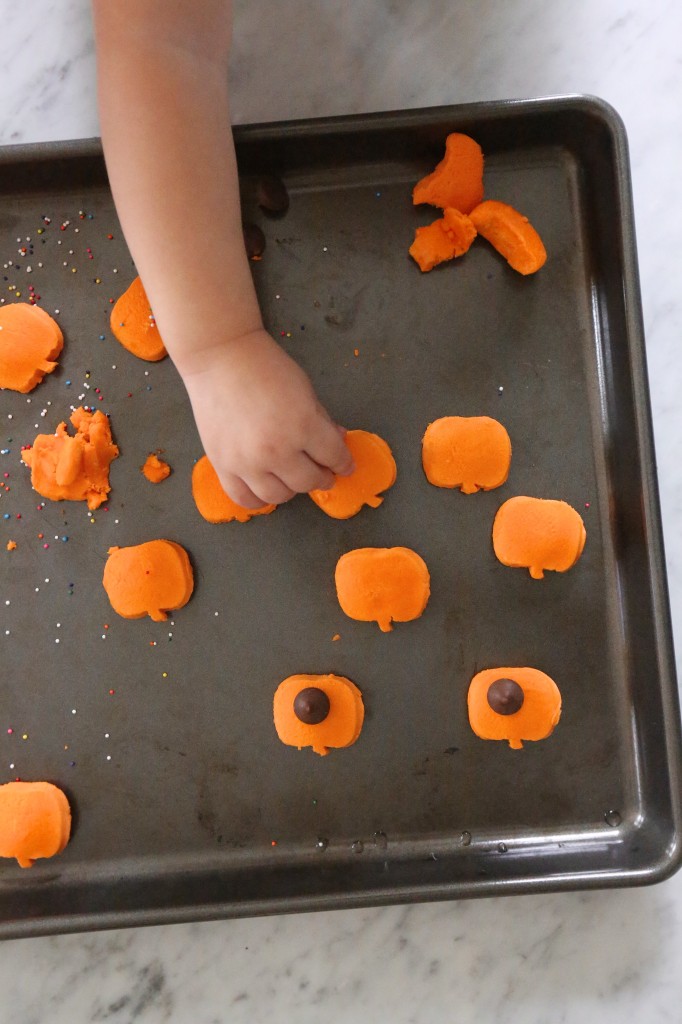 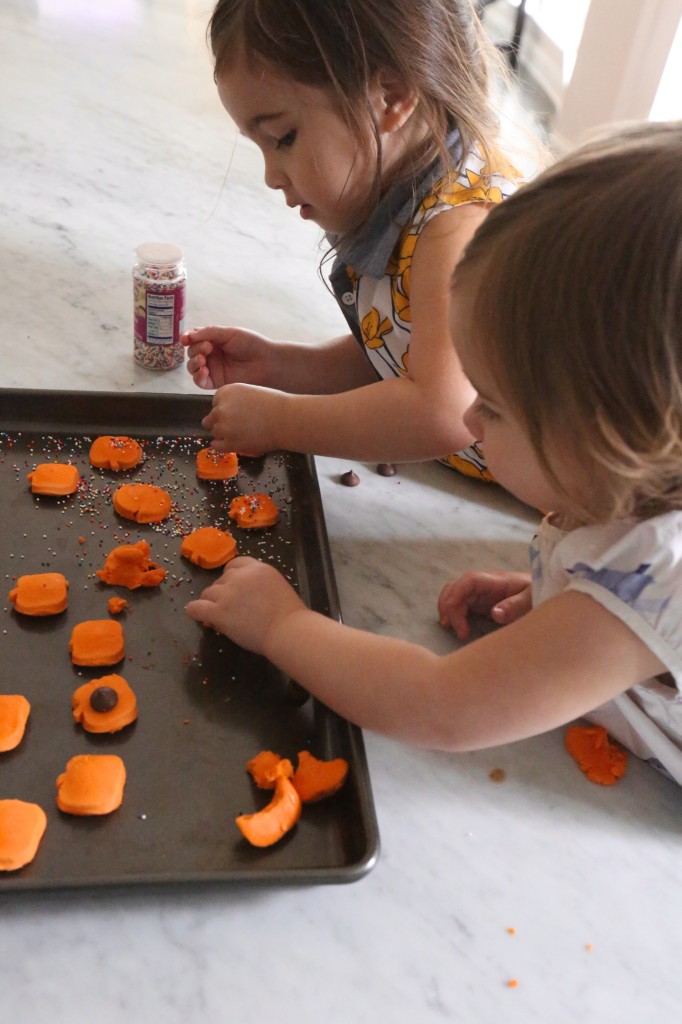 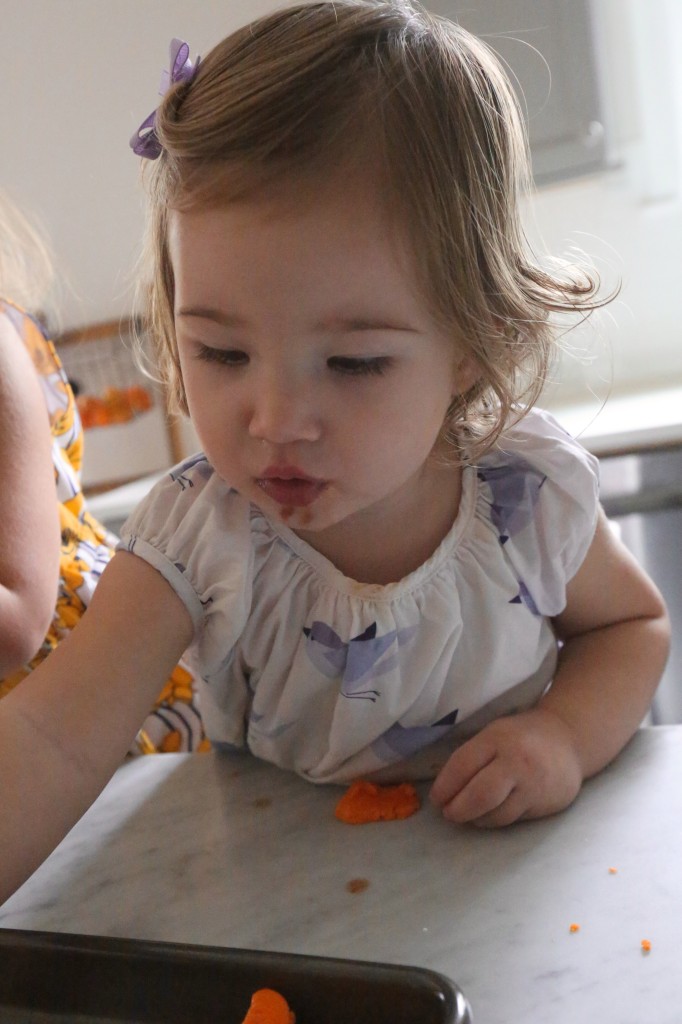 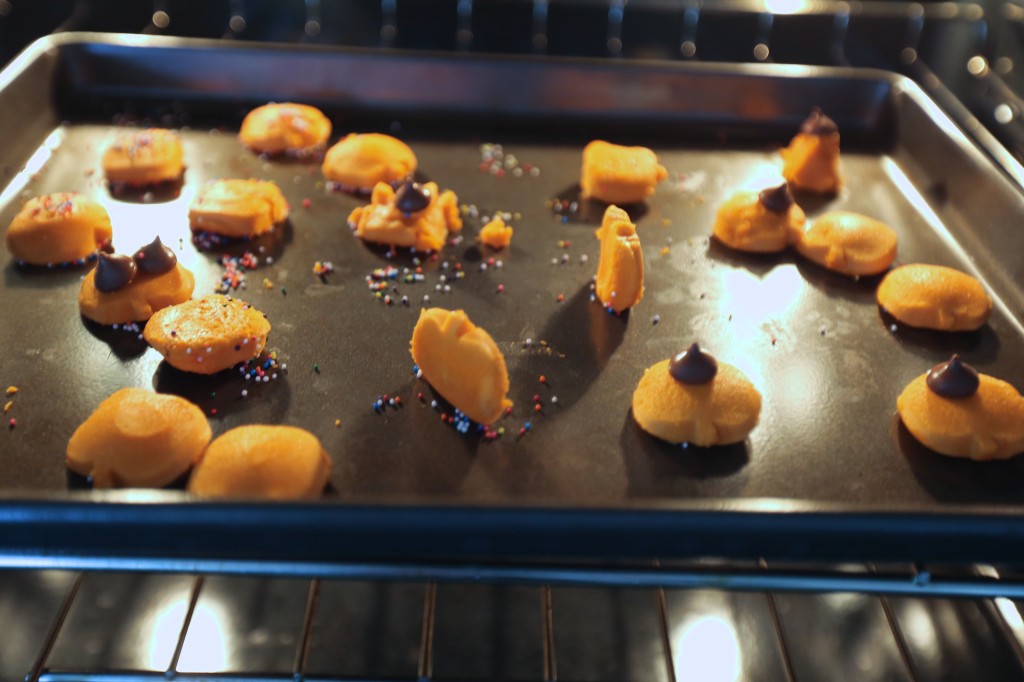 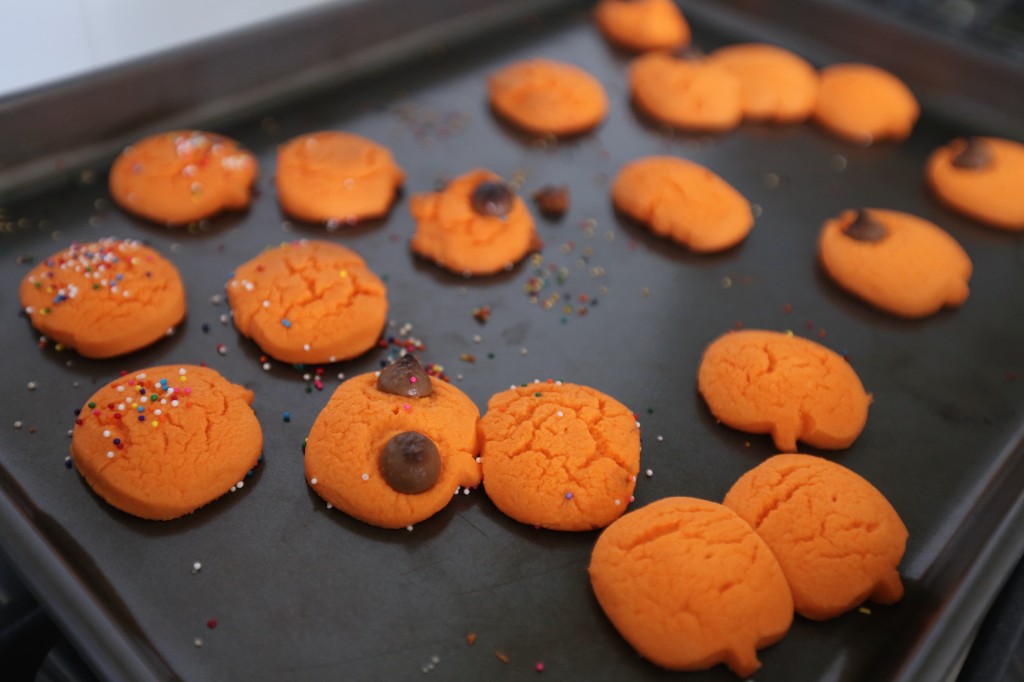